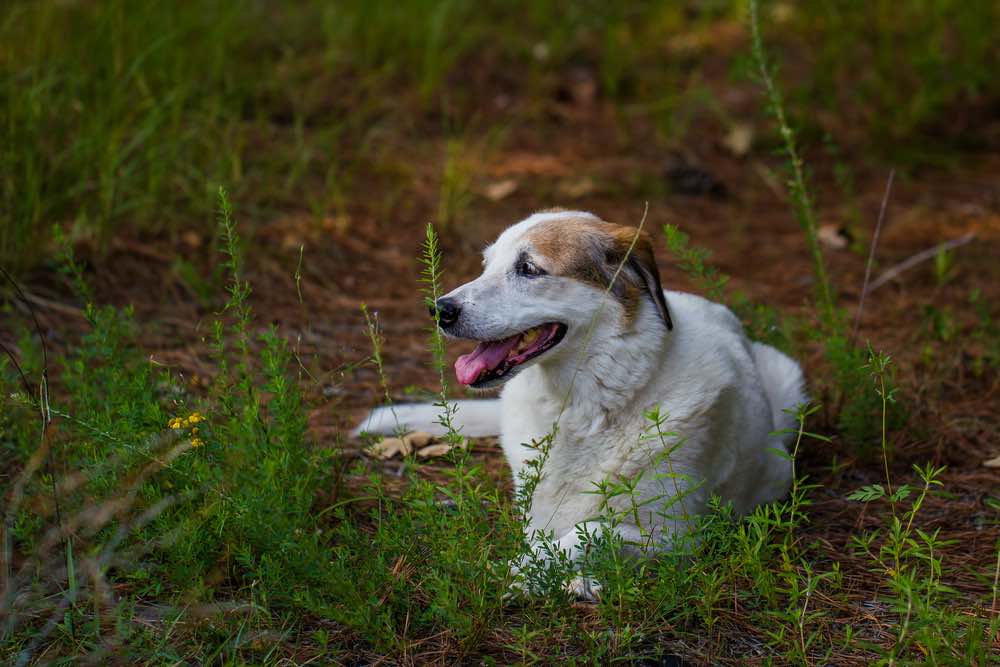 Have you ever wondered what would happen if you crossed a hound with a spitz? Well, somebody already did, as that is what you get with the American Eskimo Dog and Basset Hound mix.

As you already know, hounds are renowned for their one-track mind when it comes to tracking scents. As such, most hounds – including the Basset – tend to be laid back, only getting stimulated when they detect an interesting scent.

Spitz – such as the American Eskimo Dog – on the other hand, are endless balls of energy that will keep you on your toes.

The American Eskimo and Basset Hound mix combine these traits to create a truly remarkable companion. Here is everything you need to know about this breed.

American Eskimo x Basset Hound Mix – Before You Get One…

As you can see, this breed’s attributes make it a good choice for anyone looking for a companion dog.

3 Little-Known Facts about the Baskimo

1. The American Eskimo Dog is not American.

Even though its name suggests that this is an American-bred dog, it actually originates from Europe. It is not yet clear why it was given that name.

2. The American Eskimo Basset Hound Mix is also known as the Baskimo.

The American Eskimo – Basset Hound mix has been christened the “Baskimo.” Obviously, this comes from combining the names of its parents.

3. The Baskimo’s traits may lean towards one side of its lineage.

Different Baskimos may display different traits, even among pups of the same litter. Some might be more Eskimo, while others might be more basset.

The American Eskimo – basset hound mix, or the Baskimo, is a 21st century hybrid that was bred for companionship.

Looks-wise, the Baskimo borrows significantly from its Basset Hound lineage, especially when it comes to its coloring and coat style. Nonetheless, some Baskimos take after their American Eskimo Dog parent.

Most Baskimos, however, have round heads with long muzzles, and the “sad” eyes that are characteristic of the basset hound. Additionally, even though it has the basset hound’s low profile, the Baskimo’s body is not as elongated, thanks to the American Eskimo’s compact size.

History of the Baskimo Breed

As mentioned, the Baskimo is a recent breed; as such, not a lot is known about it. Like most recent breeds, the Baskimo is a designer dog, with recognition from the Designer Dogs Kennel Club, as well as the International Designer Canine Registry. The American Canine Hybrid Club and Dog Registry of America recognize it as well.

The Baskimo’s parents have a more colorful history.

Also known as “the dog beautiful” or “Eskie,” the American Eskimo is one stunning canine. It is a member of the Spitz family, which is a group of Nordic dogs, characterized by fox-like faces, pricked ears, dense coats, and permanently raised tails. The American Eskimo features a pure white coat. It stands 15 inches at the shoulder and can weigh up to 30 pounds.

As mentioned, this breed is not from the United States. It is believed that it is originally from Germany, as it was first observed among the German immigrant communities.

The American Eskimo is an incredibly intelligent canine, with the ability to learn fast. In fact, its rise to popularity came about in the 19th century, where it was a prominent feature in traveling circuses. Their dazzling looks and ability to perform tricks made the Eskie a crowd favorite.

When it comes to personality, the Eskie is a high-energy, fun-loving dog with a desire to please. It is loyal and lives well with other members of the family, including pets.

The Basset traces its origins back to 16th century France. It gets its name from its height, as Basset means “low” in French. Even though the basset only stands 14 inches at the shoulder, it is a big dog that can weigh up to 65 pounds.

Basset hounds were bred for hunting purposes, specifically to track scents. Their short and stubby legs prevent them from moving fast, making it easy to keep up with them during hunts. They have rounded skulls with deep muzzles and lots of loose skin over their faces. The scent-tracking capability of a Basset Hound is only second to that of a bloodhound.

The Basset is an incredibly laid-back canine. They are also quite affectionate and welcoming of other people and pets. This makes them the perfect companion, as this dog. However, they will not move unless you give them a reason to. Therefore, training a Basset takes time and patience.

Temperament & Intelligence of the Baskimo🧠

Owing to the fact that the Baskimo combines the traits of a hyperactive, intelligent dog with those of a docile canine, this breed is a remarkably well-balanced dog.

As such, it has an even temperament with above-average levels of intelligence, which makes it highly trainable.

Thanks to its Eskie heritage, the Baskimo has an eagerness to please, thus making it highly obedient. Nonetheless, this also means that it looks up to you for leadership. As such, you must establish yourself as the pack leader from the get-go to avoid negative behavior.

As such, training needs to be consistent. Baskimos respond best to reward-based training; giving them rewards shows that they have pleased you. While treats are great rewards, praising them for a job well done can just be as effective.

Nonetheless, Baskimos might not always be quick to train, especially when it comes to house training. Be gentle but firm and avoid losing your cool with this breed, as they are extremely sensitive. Losing patience with a Baskimo can have a severe impact on their psyche, making them fearful and withdrawn. Patience always works best with this breed.

While Baskimos are naturally friendly, socializing them with other people and pets at an early age is essential, as it allows them to develop into stable companions.

Additionally, these canines crave attention and interaction. As such, they are best suited for households with other pets or people. But be warned. The Baskimo has strong pack instincts, and leaving it alone is a recipe for disaster.

You will also love to know that Baskimos make for exceptional watchdogs.

However, you have to remember that dogs are individuals, meaning that there is no one-size-fits-all diet. This is because of the differences in age, activity levels, and size. For example, a couch Baskimo should not eat as much as one who leads an active lifestyle. It also does not help that Baskimos are at a higher risk of becoming obese, owing to their Basset lineage.

It is also important to be careful about the quality of the food that you buy for your dog. Just because it says “wholesome” or “high quality” on the label does not mean it is. Those are simply marketing terms.

The ingredient list is the one place that a manufacturer cannot lie, as it would cause them legal problems. Here is a great guide on how to evaluate the ingredients on your pet food.

As mentioned, Baskimos are predisposed to obesity due to their Basset Hound parentage. As such, you will need to exercise this dog regularly to keep it healthy.

Moreover, not giving your Baskimo enough physical stimulation can result in a host of destructive behavior.

Baskimos, however, might not be the most athletic dogs out there owing to their short legs. Therefore, instead of running, consider taking them on long walks or playing fetch with them.

Fortunately, their eagerness to please makes exercising them a delight. However, when you are out on your walks, ensure that you have them on a leash, as their strong scent drive tends to overwhelm their judgment. This means that they will constantly be chasing after interesting smells.

Training the Baskimo takes patience, as they can be stubborn like their basset hound parents. Fortunately, just like basset hounds, Baskimos take well to positive reinforcement.

Therefore, reward or praise the dog every time they do something right. And with the immense love for treats that they have, incentivizing them to do what you want should not be a problem.

The average Baskimo is an average shedder. However, if borrows heavily from its American Eskimo heritage, you might have to brush them a few times a week. If it has a short coat, then brushing them once per week should be enough.

Fortunately, Baskimos do not have a ‘doggy’ odor, which means that you might not have to wash them as often as dogs that do.

When grooming your Baskimo, ensure that you also inspect their ears, as they are prone to ear infections due to their floppy ears.

The basset hound and the American Eskimo are both breeds that are not predisposed to many health conditions. Nonetheless, they are still prone to some disorders or diseases that they can pass to their Baskimo hybrid.

For example, just like the basset hound, a Baskimo gains weight easily, in addition to having similar eye and ear problems.

And just like the Eskie, Baskimos are prone to hip dysplasia.

The best way of avoiding these problems is by getting your pups from a reputable breeder.

The choice of male or female Baskimo entirely comes down to your preferences. Both sexes are quite laidback by nature, meaning that they are essentially lap dogs.

The American Eskimo – Basset Hound mix is an even-tempered dog that makes for an excellent companion. They are loyal, eager to please, patient with children and other pets, and love chilling out. They are a great choice for a family dog.