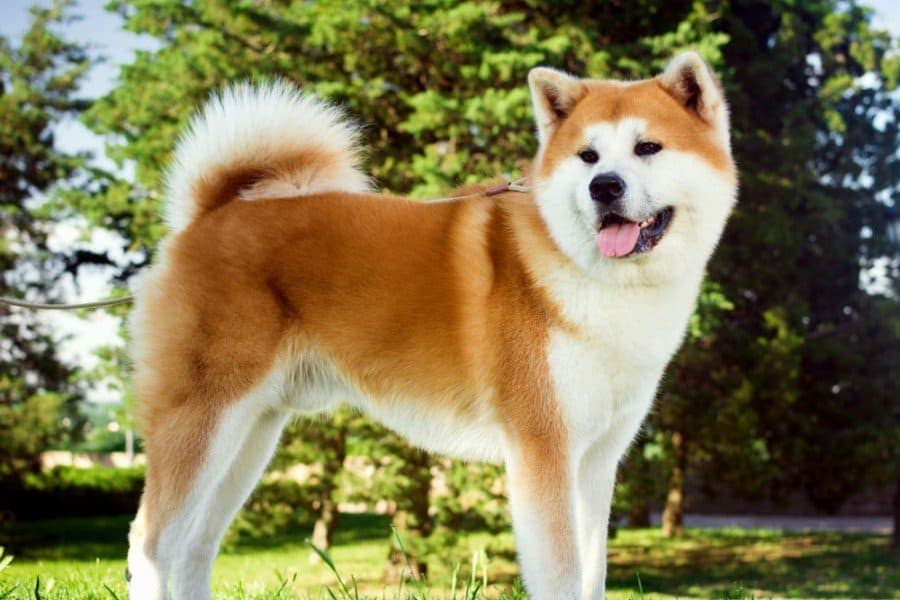 Akitas Dogs were originally bred in Japan as hunting dogs but have become one of the world’s most popular breeds for companionship. Akitas are loyal and protective of their owners and form strong bonds with their families. However, raising an Akita can be tricky as the breed is prone to aggression and is wary of strangers.

Whether or not Akitas make good family dogs depends on what your family looks like. In general, Akitas can be good family dogs, but they can also be problematic for families with young children. In this article, we break down everything you need to know before adding an Akita to your pack.

Akitas can be stubborn and persistent and are prone to aggression if they aren’t trained properly from a young age. A well-trained Akita is affectionate and loyal and loves to get exercise and play. Most Akitas don’t require much exercise and will be fine with one or two walks per day.

Are Akitas Easy to Train?

The short answer is no. Akitas are notoriously stubborn and will push the boundaries of both your rules and your patience. Unfortunately, they need structure and rigorous training, so you must expend the time and energy to train them.

Socialization is another element of training and is equally important for an Akita. You should start socializing your Akita with other dogs and people as soon as your vet tells you it’s safe. Akitas that are well-socialized as puppies tend to be less aggressive and more friendly towards other dogs and guests as they age.

Are Akitas Good With Kids?

Most Akitas are not great around young children because they are not tolerant of the usual annoyances that small children impose on dogs. Unlike famously child-friendly breeds like Golden Retrievers, Akitas don’t have much patience and can lash out at kids that play too rough or invade their personal space. Akitas take social status very seriously, and small children on their level tend to make significant eye contact, something an Akita could interpret as a challenge.

We’ve mentioned several times already that Akitas can be prone to aggression. Unfortunately, since they were bred to be hunting dogs, certain traits like aggression are common since today’s Akitas are only a few generations removed from being selectively bred to create fierce dogs capable of taking down wild boar and deer.

The other side of the coin is that Akitas make excellent guard dogs. They are brave and attentive to their pack, so you can count on them to protect you and your family if they have to. Akitas form strong bonds with their families and can be wary of strangers. It is essential to get your Akita used to visitors if you want them to be open and welcoming to extended family and friends.

Akitas are somewhat of an anomaly in the dog world since they have thick coats but require minimal grooming. It is important to groom your Akita regularly, but they are mostly low-maintenance dogs in between groomings.

Shedding can be an issue for people with allergies since Akitas shed continuously throughout the year. This isn’t an issue most of the time, but Akitas also have a few (1-2 usually) large shedding events throughout the year when they lose hair in clumps over a few days. During these periods, it can help to comb your dog regularly and vacuum the house often.

Dog allergies afflict an estimated 10% of the United States’ population, and for those who are allergic, owning a dog can be a considerable strain. Some people are lucky and only experience mild irritation, while others suffer from severe symptoms like coughing, sneezing, and itchy eyes. The underlying cause of dog allergies can be hair, pet dander, or even saliva, and each person’s reaction to each can be different.

If you or a family member has a dog allergy, an Akita might not be the best dog for you. They shed continuously throughout the year and have two larger shedding events as well. While no dog is truly 100% hypoallergenic, Akitas are more likely to stir up someone’s allergies than many other breeds.

The bottom line is Akitas are great dogs for companionship and do well in families without children or with grown children. If you have young kids or are planning on having kids in the future, an Akita isn’t the best choice for a canine companion. They don’t do well around small children and can be prone to aggressive behavior.

Akitas are loving, affectionate dogs that form close bonds with their owners but require extensive training. They are smart dogs and can be trained, but also have a stubborn streak that can frustrate all but the most patient owners. If you are consistent, train them from a young age, and don’t have small children, Akitas make wonderful family pets!

5 Tips for Keeping Your German Shepherd Off Furniture, Couches, and Beds

Can Dogs Eat Goldfish Crackers? What You Need to Know!