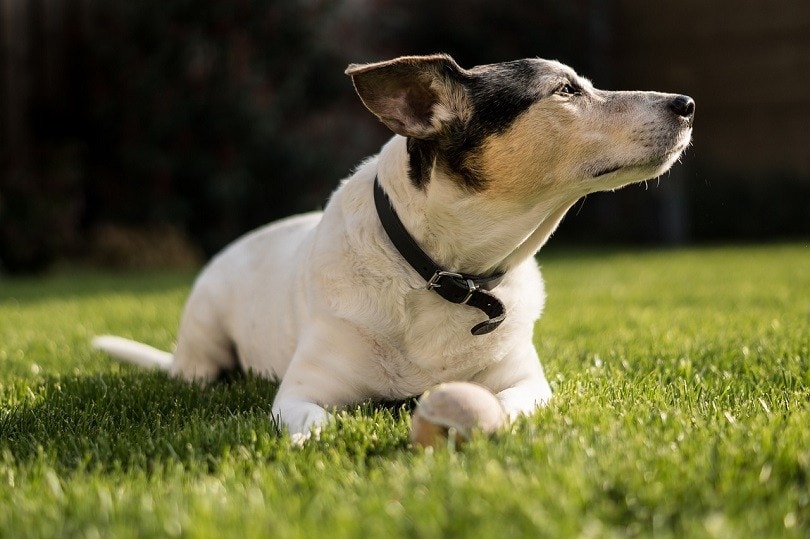 The Bo-Jack is an energetic dog, a hybrid mix between a Boston Terrier and a Jack Russell. They are generally a mix of the parent’s colors, coming in shades of white and black, combinations of gold and white, or tan and brown coats. Their fur is short, and they inherit a tolerance for many weather conditions from both of their parents.

These dogs are sweet and can be kind, but at the same time, they do love to have fun, and they have quite a bit of energy for a small dog. This energy is probably due to the history of their parents. The Boston Terrier was initially bred to be a little, agile fighting dog, and the Jack Russell was a hunter.

Bo-Jack Puppies — Before You Welcome One Into Your Family…

3 Little-Known Facts About the Bo-Jack

1.  The Bo-Jack has a waterproof coat.

Although the Bo-Jack inherits short, hard fur from both of its parents, this doesn’t mean that it is intolerant to different weather types. These dogs do relatively well in cooler temperatures compared to other small dogs because of the weatherproofing that their coat provides. It is mostly waterproof and protects them during damp, cool situations.

2.  The Bo-Jack is one part gentleman and one part hunter.

The Bo-Jack has an unusual parentage because of the uses and tendencies that the parent dogs have had throughout history. Although the Boston Terrier was originally bred from an English Bulldog and a White English Terrier for fighting and ratting, this was a long time ago. Later, it became known as the American Gentleman, with its proper white and black colors and gentle nature.

The Jack Russell, on the other hand, was initially bred by the Reverend Jack Russell, who was an adept hunter. The dog has a short, wiry body that is quite muscular. This build made it perfect for being a companion to small game hunters and quickly became popular throughout England.

Combining these two histories, the Bo-Jack is the result of breeding together a gentleman’s dog with a working dog. This mixture fleshes out nicely in the Bo-Jack’s temperament.

3.  The dogs are social and hate being left alone for long periods.

Bo-Jacks are a mix of two very friendly, dedicated dogs. Both the Boston Terrier and Jack Russell are loyal to their families and like to be around them as much as possible. Boston Terriers handle time to themselves slightly better, but Jack Russells are a breed that commonly suffers from separation anxiety.

Although Bo-Jacks are small dogs, if they have inherited the tendency for separation anxiety, they will need more training to be left at home alone. Start by kennel training them because until they are ready, if they are left alone in the house, they can wreak large amounts of damage.

Temperament & Intelligence of the Bo-Jack 🧠

The Bo-Jack is known for being an incredibly obedient dog because of their love and loyalty to their owners. They want to please and they are quite intelligent. This combination makes them well-suited for first-time dog owners who don’t have much or any experience with training a dog.

Depending on the traits that they inherit from their family, Bo-Jacks may be friendly to just about anything, or they could be slightly wary of new people. Learn about your puppy by slowly introducing it to new situations. Early socialization can increase the dog’s adaptability and help it behave better toward new animals and people.

Although not all small-breed dogs are known for having large personalities, these pups certainly do. The Bo-Jack is a mix of gentility and energy, always ready to play or snuggle up to their favorite people. They are happy dogs and affectionate, making them a good companion for anyone that can give them the proper amount of exercise.

These dogs are normally good fits for families, especially those who don’t have young children. Although the Bo-Jack is known for being gentle and kind, they don’t handle poking and prodding well. They won’t lash out, but they can become irritated and reserved with continued behavior.

They have a great deal of energy and love to be around people as much as possible, so they are often the best friend of slightly older children.

A post shared by Oakley 🐶 & her BFF Bubby 🐻 (@oakleythebojack)

This dog breed isn’t well-known for acting one way or another with other pets. It is best to look at the parental tendencies when trying to figure out which way a Bo-Jack will behave around other animals.

Boston Terriers continue living up to their reputation of being a gentleman of a dog. They are typically friendly, and this includes behavior toward other dogs of all shapes and sizes. They are not ordinarily aggressive toward cats either.

As for the Bo-Jack, you never know quite what you are going to get. However, it is good, no matter the dog breed, to practice socializing the pup as early as possible. This training helps guarantee a long life of peaceful coexistence with other family pets or better behavior whenever another animal is encountered.

Things to Know When Owning a Bo-Jack

Since these dogs are a smaller breed, they tend to eat sparingly, which is helpful on the budget. They only eat around 1 1/2 cups of food each day, the average for any dog of similar size.

Both the Boston Terrier and Jack Russell can gain weight quickly through overeating. Don’t free-feed your Bo-Jack, but accustom it to a dietary schedule. They are smart, so they won’t ever let you forget when feeding time is!

The Bo-Jack loves to be active, and if they aren’t given enough exercise, they may act out in destructive behavior or with barking. Since they are so small, they don’t require more than one or two 30-minute walks a day. This time can also be replaced by going for a run, going to a park, or socializing with other pups in a dog park.

Because of their intelligence, you can also substitute the Bo-Jacks walks for games that are more mentally engaging. Teach them how to play fetch or frisbee. Keep in mind that because of the Jack Russell flowing in their blood, a Bo-Jack has a strong prey drive. If it sees a rabbit or squirrel, don’t expect it to stick around.

Training a Bo-Jack is easy compared to other small dogs with a more stubborn streak. They are quite obedient and like to please their masters. During training, be firm and consistent, and they should pick up on the commands quickly.

Boston Terriers are known for being difficult to housetrain. Watch out for this tendency in your Bo-Jack. It might take more persistence if they have inherited the same issue.

Since the Bo-Jack has a short, hard coat, they are easily maintained. They do still shed, though, so brushing them out a couple of times a week with a bristle brush helps stop shedding.

Only bathe a Bo-Jack if absolutely necessary so it can retain the oils in its skin and fur that help keep it healthy. Gratefully, due to their waterproof coats, they tend to stay quite clean, anyway. General maintenance of the Bo-Jack includes cleaning its ears regularly and brushing its teeth at least once a week to prevent dental issues.

Hybrid dogs are prone to suffering from any of the common health conditions found in either parent. Although this does not mean that your Bo-Jack is guaranteed to have any of these issues, looking at the health histories of the breeders’ parent dogs help you know what to look out for when you take it to the vet.

Since there are not many characteristics that can be firmly attributed to these dogs with such a short breeding history, there is no noticeable difference between males and female Bo-Jacks.

A Bo-Jack pup is full of vim and vigor, brimming with a love for life. This little dog is happy as long as they are around the people they love and know. They are intelligent, loyal, and obedient dogs, always ready to try something new.

These dogs are not good fits for people who have a busy schedule that keeps them away for long hours. However, a Bo-Jack’s perfect place might be with families who can shower them with love and attention and have the capability to give them enough exercise. They love learning and with the right training, are gentle and affectionate toward almost anything they encounter.