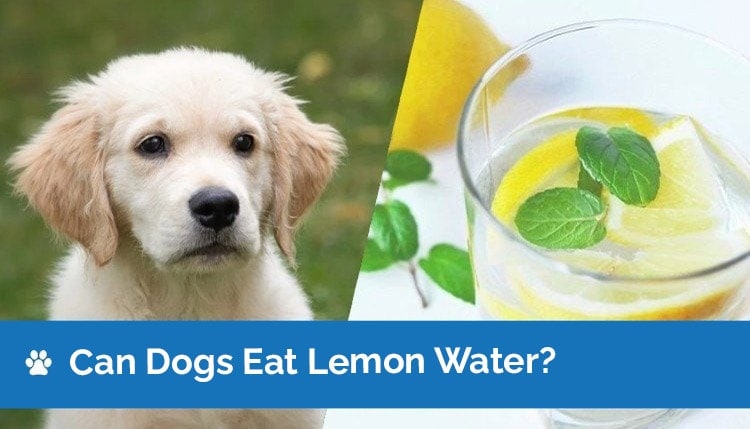 Few things are more refreshing than a glass of iced lemon water on a hot summer afternoon. It satisfies like few other beverages. If you see your pup panting after a rousing game of fetch, you may wonder if he can enjoy the same benefits. After all, it tastes so good and provides vitamin C, albeit a small amount.

The short answer is no, they can’t.

Lemon contains a few potentially toxic ingredients that can do more harm than good for your dog. The same caution applies to cats and even horses. It all rests with the chemicals found in citrus fruits like lemon, lime, and orange.

The Similarities and Differences Between Dogs and People

It may surprise you to know that dogs and people are more alike than you may think. The fact remains that we share 84 percent of our DNA with canines. Genes, after all, are merely ingredients. It’s the combination of them that makes a person, Golden Retriever, or mouse. While we may like similar foods like steak and chicken, there are significant differences between you and your pet.

That’s why many things that you can eat like garlic and onions, are toxic to your pooch. A lot of the issues rest with digestibility. You may be able to metabolize an ingredient that your dog can’t. The absence of that vital enzyme can tip the scale to the bad side. An example is lactose intolerance. Your body may lack the lactase enzyme to break down the milk sugar, leading to gastrointestinal (GI) distress in some individuals.

Let’s delve into what makes lemons harmful to your pet.

We’d be surprised if your dog even wanted to drink lemon water. It’s not pleasant, especially if it’s not sweetened. That is a red flag for both people and canines. Making it sweet isn’t an option, especially with an artificial sweetener like xylitol. On the other hand, dogs eat a lot of stinky and unappetizing things, anyway. The taste may not be a formidable enough barrier to him, giving it a try.

There’s also the acidity, which you can undoubtedly understand if you have ever had acid reflux. It can tear up your dog’s gut just like it does you. He’ll feel as miserable as you do.

However, the story doesn’t end there.

Lemons contain two chemicals that are toxic to your pup and can cause serious health consequences. Psoralens is a term that refers collectively to 5-methoxsalen and 8-methoxsalen. They have therapeutic value for humans for the treatment of psoriasis. For dogs and other animals, not so much. It’s another example of that 16-percent difference between humans and dogs coming into play.

The human value comes from the compound’s ability to increase photosensitivity. UV light is a standard treatment for some human skin conditions, hence, its value in those cases. It doesn’t benefit dogs in the same way and is toxic of itself.

Lemon water can cause a host of unwanted symptoms, including:

The other problematic ingredient is limonene. Psoralens are found throughout the lemon tree, whereas the former is found mainly in the peel. It’s what makes lemons smell like, well, lemons. Adding to the issues is the fact that it’s typically concentrated, making its toxicity more of a problem even in smaller amounts.

You’d think that the smell and taste of lemons would deter dogs. It does. However, that doesn’t stop irresponsible pet owners from giving their pets this ingredient for what they sell as amusing reactions. We think it’s nothing short of cruel.

Time and support are the only ways to treat lemon toxicity from ingesting water with this citrus fruit. Eventually, your dog’s body will rid itself of this poison. In the meantime, you must make sure that he doesn’t become dehydrated from diarrhea and vomiting. The sudden onset of these symptoms is a telltale sign of poisoning. Health conditions often develop slowly.

If the digestive reactions are excessive, we strongly urge you to take your pup to the vet. He may need IV fluids to avoid the complications of dehydration, which can only make things worse. It is an urgent matter if you’re dealing with a puppy or toy breed.

Lemon water is another example where something that is welcome and even healthy for humans has the opposite effect on dogs. Citrus fruits contain several toxic ingredients that can cause a lot of problems for your pup. It’s best to remember that your pooch isn’t a hairy human. He is his own animal. What is good for you isn’t a guarantee that it’s right for him. With lemon water, the difference is stark.

Can Dogs Eat Apples? Are Apples Safe for Dogs?