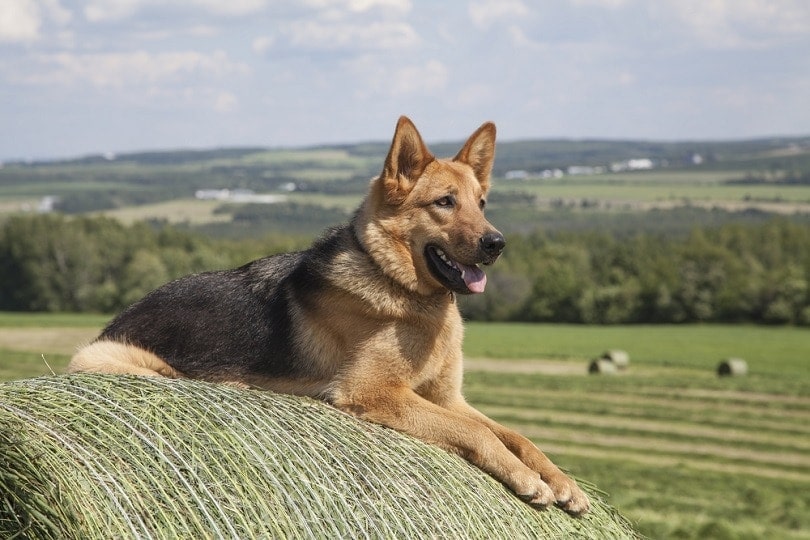 German Shepherds are much loved in the United States and elsewhere for their intelligence, courage, loyalty, and hard-working nature. These handsome dogs make wonderful pets and are also widely used as guide dogs, therapy dogs, police dogs, military dogs, and search and rescue dogs.

Most goat owners who use dogs to protect their livestock choose other breeds which are more suited for this type of work including:

Of all the dog breeds commonly used for guarding goats, which we’ve listed above, there is one breed that stands out as the best goat guardian. The strong and sturdy Anatolian Shepherd is a large and powerful dog with great agility. This dog is considered by many to be the best breed for protecting goats. Why? Because the Anatolian Shepherd has been bred specifically for protecting livestock against dangerous predators.

The Anatolian Shepherd is an intelligent, protective dog that’s happiest when working. While this dog is friendly to its owners, it’s not one to warm up to strangers, making it the perfect choice for protecting goats and other livestock.

Even though German Shepherds don’t make the best guard dogs for goats, these noble dogs can do so much more. Not only do they make amazing pets, but they will also go to work for their humans and only ask for some praise and attention in return for all their hard work.

The next time you see a German Shepherd, think of all the things this amazing breed can do and pat that dog on the back if the owner says it’s OK to do!

Do German Shepherds Get Along With Chickens? Do They Attack Them?

Bravecto vs Seresto: Which Flea & Tick Treatment Is Better?