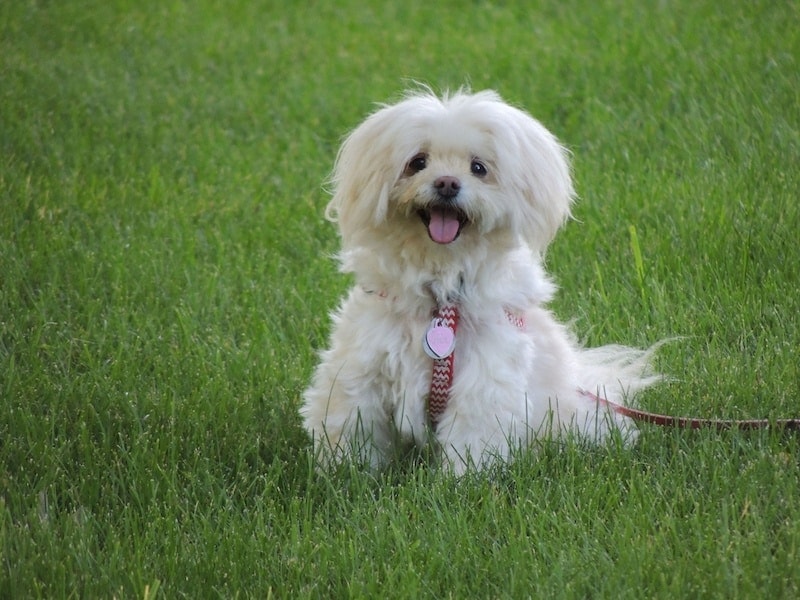 An interesting mix of the Miniature Schnauzer and Coton de Tulear, the Coton Schnauzer possesses the best characteristics of both of its parent breeds, all while toning down any overly yappy behaviors. Very rarely growing to even a foot in height, they’re a diminutive crossbreed that likes to have the full attention of their owners – and may be prone to mischief if they don’t get the affection they think they deserve.

Are you curious to learn more about this atypical designer dog? If so, read on to learn everything you need to know about the Coton Schnauzer.

Coton Schnauzer Puppies – Before You Buy…

While buying or adopting any dog requires a big commitment of your time, money, and attention, the Coton Schnauzer tends to require even more of all three. A small dog with a long lifespan and a constant need for companionship and affection, they’re best suited to people who spend plenty of time at home and don’t mind being followed around by a furry little shadow.

As with any designer dog breed, understanding the Coton Schnauzer comes down to familiarizing yourself with its parent breeds first, then seeing how these traits mix in their offspring. With that in mind, let’s examine the Coton de Tulear and the Miniature Schnauzer in greater detail:

The official dog of the island of Madagascar, the Coton de Tulear’s ancestors were likely brought to the island by pirates in the 16th century. Closely related to the Bichon, the earliest Coton de Tulears may have been kept aboard pirate ships to hunt rats, or simply as companion animals for the lonely sailors. Thanks to a genetic mutation, this breed’s coat became cottony soft, winning it the favor of Malagasy royalty and leading to its continued presence on the island to this day.

Miniature Schnauzers, on the other hand, are a much more modern breed. Originating in Germany in the late 19th century, they were bred as farm animals that could efficiently chase rats and other small animals out of their hiding places. Instantly recognizable by their bearded faces, these small and good-natured dogs have consistently ranked as one of the most popular breeds to own in the United States.

Mixing the traits of these two breeds, the Coton Schnauzer amplifies their desire to be the center of attention while diminishing any tendencies towards barking and hyperactivity. They’re best suited for owners who have plenty of time and attention to dedicate to their dogs, such as anyone who works from home, families with older children who will be respectful of their small size, or retirees.

Since the Coton Schnauzer is not a very widely known breed, the first challenge you’ll likely encounter is finding a reputable breeder for them. Expect to pay anywhere between $500 and $2,000 for a puppy with documented heritage, or possibly more if the parents are of good pedigree. On the off chance that you’re able to find a Coton Schnauzer up for adoption, total adoption costs usually run around $300.

1. They Are A Rare Breed of Designer Dog

While Miniature Schnauzers are found abundantly in the United States and Europe, the rarity of the Coton de Tulear makes finding a Coton Schnauzer quite difficult. The Coton is so rare, in fact, that they were only recognized by the American Kennel Club in 2014 due to a lack of available specimens.

2. There Are Some Wild Rumors About the Coton de Tulear

Despite its diminutive stature and affable nature, there are a surprising number of rumors about the Coton de Tulear’s habits and activities. Though likely untrue, it’s rumored that Cotons were once feral in Madagascar, and hunted boars and even alligators on the island. Given their lack of prey drive, these are almost certainly fabrications of someone’s imagination.

3. The Miniature Schnauzer’s Name Comes from Its Appearance

Literally translated from its native German, Schnauzer means “snouter” – referring to its elongated muzzle and pronounced beard. Standard and Giant Schnauzers have these beards as well, but Miniature Schnauzers have the longest beards in proportion to the size of the rest of their bodies.

Temperament & Intelligence of the Coton Schnauzer

Even-tempered and affectionate, the Coton Schnauzer embodies many of the desirable traits of a lap dog. With both sides of their family tree possessing above-average intelligence and a strong desire to please their owners, these flexible and adaptable dogs take easily to obedience training. And while they don’t have an excessive energy level, their playful natures incline them towards becoming the center of attention by goofing off.

Are These Dogs Good for Families? 👨‍👩‍👦

The Coton Schnauzer, like many other small dogs, is best left to families with older children if at all. They have extremely high attention needs and can sometimes see smaller children as competition for the love and affection of their parents. Typically, they are better suited to life in homes with a single owner or a couple who can give them plenty of attention.

Coton Schnauzers are not very apt to share the spotlight with other dogs, and still have some of the prey drive of their Miniature Schnauzer ancestors – both reasons that they don’t fit in well with multi-pet households. Even with significant training, the Coton Schnauzer will never be as happy around other pets as it would be on its own.

Things to Know When Owning a Coton Schnauzer:

With their peculiar and specific personalities and general rarity as a breed, the Coton Schnauzer can be a tough dog for many people to accommodate in their lives. If, however, you’re willing to invest the time, money, energy, and attention necessary to care for them, the Coton Schnauzer can be a relatively low maintenance dog to feed, train, and groom. And with their stunning personalities, the tradeoff is often worth investing in.

Dogs as small as the Coton Schnauzer rarely require more than one cup of food per day. Choose a high-quality dry dog food that is appropriate to their age, with younger puppies requiring a high energy food and older dogs sometimes doing better with a joint support kibble. Splitting their daily food allowance into three portions will help prevent the Coton Schnauzer from gorging itself in one sitting and upsetting its delicate stomach.

Even though Coton Schnauzers are quite alert and active, they don’t require much extra exercise to stay in great shape and robust health. A daily 30- to 45-minute walk around the block is often enough to keep them slim and trim. Always be sure to give them plenty of toys to play with if you’re away from the house, or else they’re likely to find something to tear up to amuse themselves.

With both the Coton de Tulear and the Miniature Schnauzer being intelligent breeds that take readily to training, the Coton Schnauzer is a natural candidate for training of all sorts. They love learning new tricks and will eagerly display them with only your affection as a reward. Positive feedback is essential for this breed and will almost always lead to easy success in new training endeavors.

Benefitting once again from both sides of its family tree, the Coton Schnauzer has a remarkably soft and luxurious coat that doesn’t shed much at all. Short daily brushings are necessary to prevent matting on this breed’s fur, and regular tooth brushing can help any small breed of dog to keep its dental health in order. Because of their lack of shedding, some mild allergy sufferers find the Coton Schnauzer to be a hypoallergenic pet choice.

The Coton Schnauzer benefits greatly from the intermixing of its parent breeds, avoiding many of the congenital health problems that plague other purebred dogs. Still, some health conditions that might show up in this breed include:

Both male and female dogs of this breed will be quite small, with size and weight being determined more by which parent breed’s genes are more dominant in their offspring rather than which sex they are.

The same is true of general temperament and personality; puppies taking after their Coton side will generally be more relaxed and accommodating, while those more closely resembling their Miniature Schnauzer side will be more alert and have higher energy levels.

Small, playful, and affectionate, the Coton Schnauzer can easily become anybody’s bosom buddy. They greatly prefer being the center of attention and are better off as the only pet in any household. If you’re willing and able to spend plenty of time and attention on your puppy and don’t mind going on a search for this rare designer dog breed, you’ll be rewarded with a constant companion for the next decade or more.