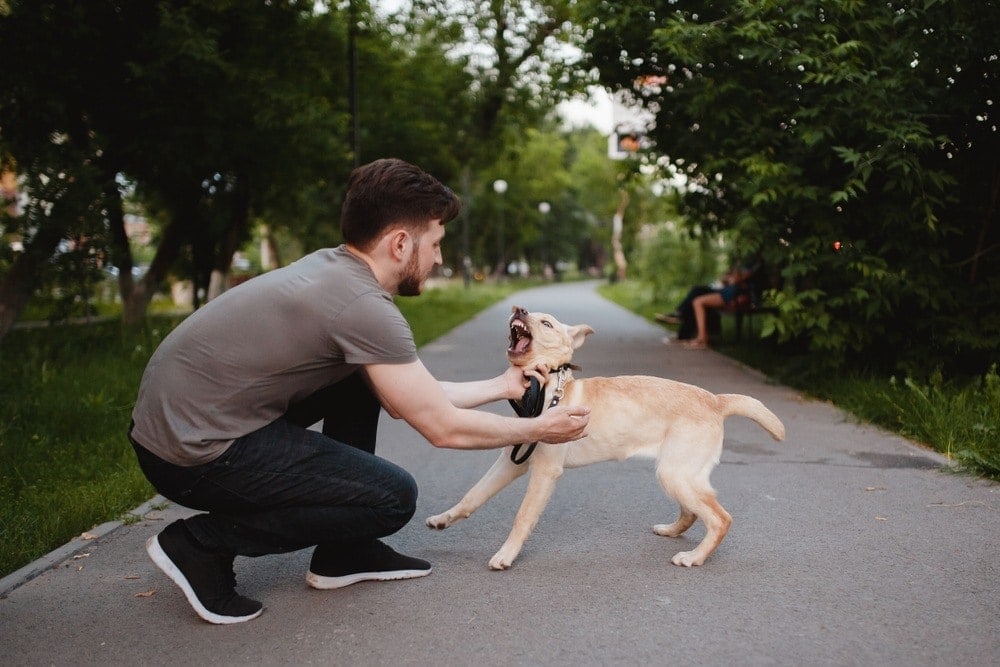 You don’t have to be around dogs a lot to realize that their personalities vary widely. Some pups like Golden Retrievers or Bernese Mountain Dogs are more people-friendly than others. However, that is a general statement. Many factors can drive even a beloved pet to nip. Some are more territorial than others. Getting close to their food or toys will get their attention.

Some breeds like the Giant Schnauzer had a job that, well, involves a bite that is worse than their bark. Genetics and selective breeding aside, it boils down to one inescapable fact—the relationship between the owner and the pet. If an individual doesn’t socialize their dog, the pup is more likely to be less friendly and stranger-wary. They may not tolerate children or other people on his turf.

The statistics are sobering. Nearly 5 million Americans get bit each year, with about 800,000 having to see a doctor or visit ER because of it. The sad thing is that most involve kids. On average, 34 individuals die as a result of their injuries annually. The numbers show that some dogs bite people more than others. The lineup may surprise you.

The Jack Russell Terrier shows one common thread among the biters. They are hunters that are not just trained to find or retrieve prey. They learn to kill them. It’s not surprising to find ratters like this one on the list. Sometimes, it’s a matter of them relying on their prey drive. If something—or a child—runs away from them, they will give chase. It’s a case in point of the need for early socialization.

The Collie illustrates another reason that dogs with their job bite more often than others. Their purpose is to herd and protect livestock. Using his teeth to reinforce this role is par for the course. Running away or roughhousing is likely to trigger this instinct in an otherwise very people- and kid-friendly breed. This pooch is also sensitive and reacts strongly to harsh words and stern commands.

The Rottweiller shares a similar herding history as the Collie. He also served as a protector. It’s not a stretch that he would react quickly and decisively if he perceives a threat. The dog is muscular. We believe that sometimes he may not know his strength, especially with children and smaller individuals. He is a smart pup and actually is quite playful.

Sometimes, a dog is so cute that he invites big hugs. After all, the Cocker Spaniel is a family pet. He adores his loved ones. He has a tendency to nip, which, combined with a strong prey drive, creates the perfect storm for a biting pup. The breed probably has also suffered from overbreeding because of his popularity that may have perpetuated some of these undesirable qualities.

The English Springer Spaniel is a bird dog. He chases his quarry. He typically is a friendly pup, but he also has a strong prey drive that he might have trouble controlling. It is, after all, in his blood. He is energetic, which can overwhelm smaller children. His hunter isn’t a mean dog, per se. He’s just devoted to his job and looks for opportunities everywhere.

The Chow Chow is an aloof dog, even as a puppy. He’s not a pooch that will rush up to greet you. While he was bred as a companion, he was also a protector. That can explain his wariness of strangers and loyalty to his owner to a fault. He is a fastidious animal to the point of almost being cat-like in his habits. This pooch wants to call the shots and have everything on his terms.

The Pit Bull type dog describes several breeds that look alike. People often call many of these pups by this generic name, whether they are a Bull Terrier or American Staffordshire Terrier. Unfortunately, it’s the bane of their history to fight, and, thus, bite. One of the reasons that some fear them is because of the damage they can cause if they do get aggressive because of the high PSI of their bites.

The Saint Bernard seems an unlikely breed for a list of biting dogs. They have two things going against them. They are massive canines that are overly friendly. Many incidents often are preventable because the adults didn’t take the proper precautions when dealing with an animal of his size. The pooch is also playful, which can overwhelm smaller children.

Its popularity is sometimes a hindrance to the Labrador Retriever. It sets him up for overbreeding. He’s also so darn cute, which might encourage rougher handling by children. He is also excitable and a pooch that loves his job, almost too much. This breed also defines a valid point when looking at any statistics. The number of animals or incidences isn’t an accurate measure of the problem. It is the percentage of cases.

The German Shepherd tops the list for many studies as the number one breed most likely to bite. Again, let’s look back to his purpose. He was a military and police dog, trained to fight and bite. That made him more alert and watchful of threats. A child running toward him can incite his instinct to react in a sometimes-undesirable way. It also shows why you must pick the right dog for the home.

Dog bites are a serious problem. The unfortunate thing is that many are preventable. It’s imperative to research a breed to learn about his personality to decide if he is a good fit for your home. The responsible pet owner will also take charge early on with the puppy’s training and socialization. It is the single best way to avoid the distress of a dog-related injury.

How to Stop Your Dog from Digging Up Your Yard: 30 Tricks and Tips