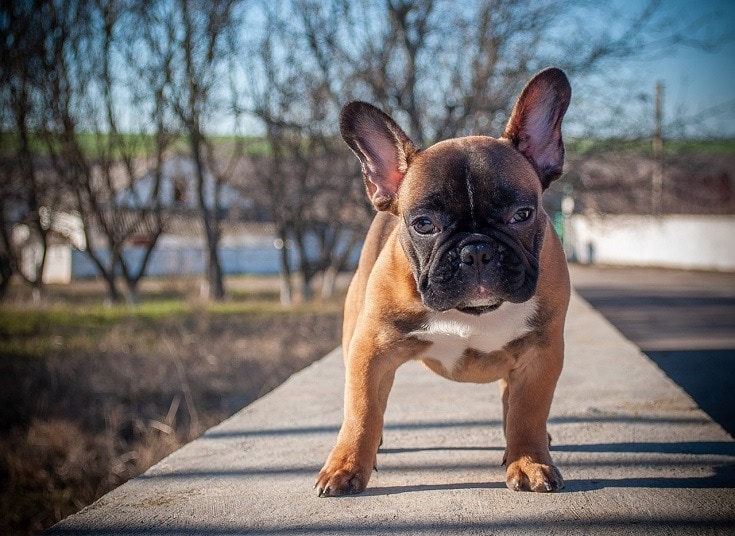 If you love French Bulldogs, you’re not alone! Frenchies are the most popular dogs in Los Angeles, San Francisco, and New York City. These stocky pups are excellent companions for individuals and families and are extremely affectionate and sociable. They will keep you on your toes with their playful personalities. But no matter where you live, your puppy deserves a unique name.

Choosing a name isn’t always easy, in fact, sometimes it feels like there is more pressure to pick the right one in comparison to raising a dog! Keep in mind, you’ve got us to help you, and your pup will love whatever you choose. If you are still finding it difficult to decide – we have a few tips below to help you uncover the perfect name! Plus, there are always going to be cutesy nicknames that most of us end up using in place of our original choice anyways! But where do you even start?

That’s where this list comes in! Keep reading to find over 100 French Bulldog names, ranging from cute to funny to famous. Whether your Frenchie is a boy or a girl, we’ve got you covered.

With their squishy little bodies and mischievous smiles, we know that all French Bulldogs are cute. Pairing them with a cute French bulldog name as adorable as they are might just be the option you’ve been searching for!

There’s nothing like adding a little humor into your dog’s name! It’ll make you smile even bigger every time you call him over. If you’re a bit wary of a funny name as the official moniker, maybe one of the following names will suit as his nickname you call him only when others aren’t around.

Frenchies are especially popular among celebrities. Here are some of the best-known French Bulldogs (and their star owners):

Hilary Duff’s adorable Frenchie has an equally adorable name. Plus, Peaches is the sister of Hilary’s late French Bulldog, Beau.

The Rock, AKA Dwayne Johnson, has a sweet French named Hobbs. Tragically, Hobbs’ brother, a Frenchie named Brutus, passed away after eating a poisonous mushroom.

Reese Witherspoon isn’t just a fan of French Bulldogs. Along with her Frenchie, Pepper, she has a Bulldog named Lou and a Labrador named Hank.

Finding the Right Name for Your French Bulldog

With so many great options, we hope you’ve found a name as special as your French Bulldog. Whether your pup is stylish, cute, or goofy, it deserves the perfect name. So take your time before settling on the ultimate French Bulldog name for your loyal and lovable pooch. And if you can’t decide, why not name your Frenchie after a celebrity dog?

If you love more than one name from our list or find there isn’t one jumping out at you, we have three important tips that will help narrow down your search:

If you were not completely convinced you found the one with any of these names or tips, try one of our other dog name posts below for additional inspiration: