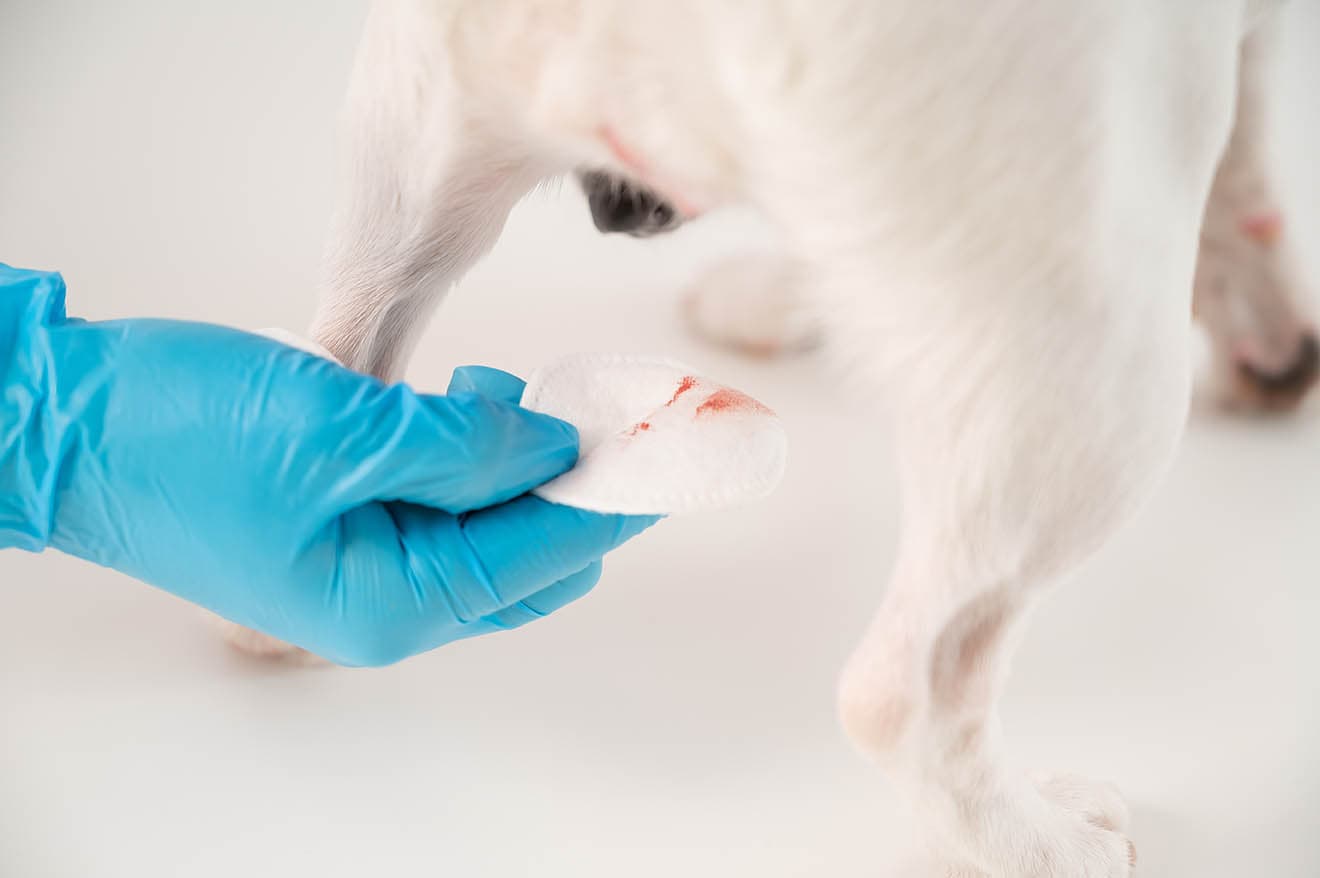 Canine mating and reproductive cycles are quite different from our own. For starters, dogs are only pregnant for nine weeks before giving birth, compared to nine months for humans. Additionally, dogs go into heat when they’re receptive to mating and fertile. This is different from a period, though still similar in the sense that it brings along a lot of hormonal changes.

During this time, dogs can bleed, urinate more frequently than normal, act nervous, have swollen parts, and more. It doesn’t sound like much fun, so, how long does this last, and is this something your dog will have to go through for its entire life? If so, how often can you expect to have to deal with it? How long are dogs in heat? How often do dogs go into heat? By the end of this article, you’ll have the answers to all of these questions, keeping you prepared for your dog’s reproductive cycle.

What Age do Dogs Start Going into Heat?

Depending on what breed your dog is, it could experience its first heat cycle at different times. Small breeds sometimes go into heat the first time at just four months of age. That said, the average for most dogs is about six months. Large breeds are often on the opposite end of the spectrum though. For these bigger breeds, the first heat cycle might not begin until the age of 18-24 months.

When Can You Start to Breed a Dog?

Technically, once your dog’s heat cycles start, it’s capable of producing offspring, though it’s not an optimal time to start reproducing. In fact, it’s recommended that you don’t start breeding a dog until after it has completed its second heat cycle. Prior to this point, your dog’s eggs aren’t fully mature, and neither is the dog. If you find yourself second-guessing the point at which you should begin breeding, you can ask your vet for a professional opinion.

How Often Do Dogs Go Into Heat?

Once your dog begins its heat cycles, you can expect the process to repeat approximately every six months. Of course, this is for the average dog; actual times can vary immensely. The smallest breeds go into heat more often than others. For these breeds, the heat cycle can occur up to four times each year. Once again, big breeds are on the other side of the spectrum, only going through heat once every 12-18 months. This will continue for your dog’s entire life, though as your dog gets older, the frequency may decrease while the time between cycles grows.

When your dog is in heat, it can be a bit of a difficult time. You’ll have to deal with messes to clean up and any male dogs in the vicinity will likely be going crazy. Luckily, you won’t have to deal with these concerns for long. For most dogs, the heat cycle lasts about 2-4 weeks. In the beginning, she may not be receptive to males, though some dogs are receptive from the start of heat until the end. You’ll know when your dog’s cycle has ended because the bleeding and discharge cease.

During the heat cycle, your dog will go through four stages. If you plan on breeding your dog, you’ll need to understand each of these stages and what they mean for breeding. By following these stages, you’ll be able to predict the best times for breeding.

This is the first stage of the heat cycle and it lasts for about nine days. Males become highly attracted during this first stage, though many females won’t be receptive at this point. You’ll notice that your dog begins discharging blood and the vulva swells; your indications that proestrus has begun.

This part of the heat cycle lasts for 3-11 days, depending on the dog. During this time, the female is receptive to male interaction. This is the time when females should mate for the best chance of breeding success. You’ll know your dog is in estrus when the discharge decreases and becomes lighter in color.

Diestrus is the final stage of the heat cycle and it usually starts about 14 days into heat. During diestrus, the discharge from your dog will become redder and begin tapering off until it disappears completely. The vulva will then return to normal size and the female will not permit any further mating. Once all signs of discharge and swelling have abated, your dog is no longer in heat.

Anestrus is the fourth and final stage of the reproductive cycle for dogs. This is the time between heat cycles, which is generally about six months for most dogs.

During heat, your dog is going through a lot of hormonal changes, and you have to contend with extra mess and sometimes erratic dogs. Luckily, the heat cycle doesn’t last very long. For most dogs, heat lasts just 2-4 weeks, so you’ve got less than a month when you’ll have to deal with all the headache that accompanies the heat cycle. Then you’ve got six months off until you have to deal with it all again!

New Puppy Checklist: All the Gear and Things You Need to Know!