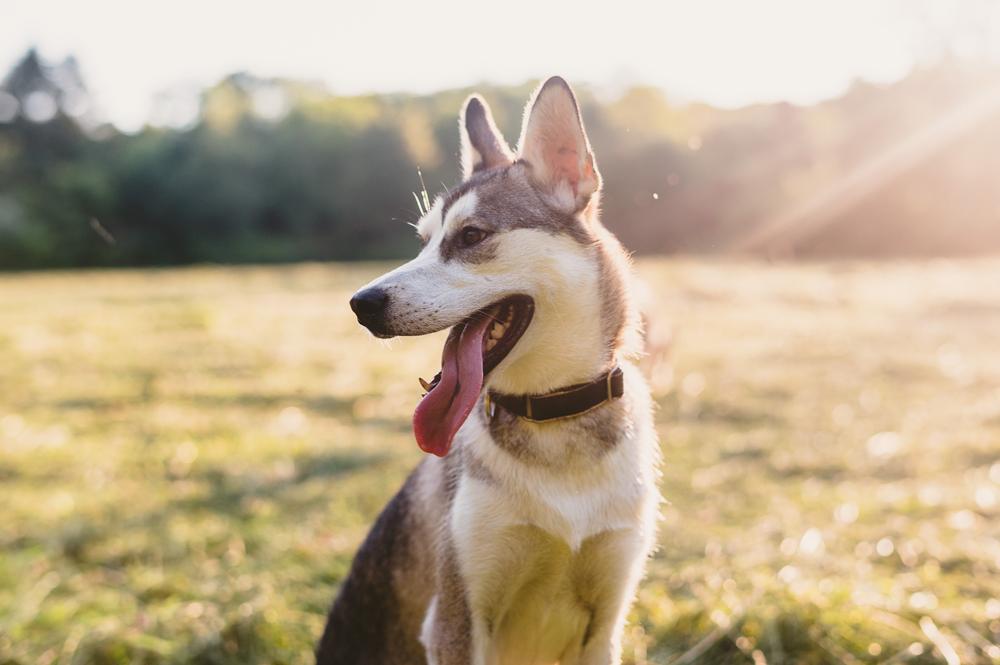 The Husky Jack is a combination of two dog breeds that you wouldn’t necessarily expect to make a good hybrid breed. But the resulting puppies are a delight! The Husky Jack is a result of crossing the large Siberian Husky with the smaller Jack Russell. The result is a hybrid breed that combines the best of both these iconic breeds.

While their cute eyes and pointy ears might have convinced you already, it’s important to note that these energetic pups won’t suit everyone. Their combination of intelligence, energy, and brains means that they need plenty of amusement unless you want them to make their fun. And bear in mind this might involve digging or chewing things you’d rather they left well alone!

The Husky Jack isn’t as well-known as some of the other hybrid breeds, so we’re here to tell you everything you need to know about them!

Husky Jack Puppies — Before You Buy

Every single litter of puppies is adorable, and if we had our way, we’d be bringing a pup back from every litter we’ve ever visited. But we all know that deciding to add a dog into our families isn’t a decision that should be rushed into.

So, before you put down a deposit on that pup, take the time to consider if you can really provide what they need. Husky Jacks are energetic, clever, and full of attitude. That means they need an owner who can give them plenty of exercise, challenge them mentally, and train them effectively.

If you can’t provide all that in addition to unconditional love and plenty of food, then these little pups will soon become frustrated and bored. That can lead to them causing all sorts of trouble around your home.

Even on the hybrid breed circuit, Husky Jacks aren’t a well-known breed. So, you’ll want to take the time to search out a reputable breeder with plenty of experience producing quality Husky Jack Puppies.

We’d suggest budgeting anywhere from $600-$1,000 when you start your search. Bear in mind that the cheaper end of the spectrum is not always going to be a bargain. Sometimes, breeders with cheaper puppies may not be that experienced, or they might even be producing puppies with underlying health conditions.

By all means, take the time to check if these Husky Terrier Mix breeders seem legitimate. We recommend doing your due diligence when researching any breeder. Reputable breeders will always be happy to tell you in detail about the parent breeds, including their general characteristics, health conditions, and temperament. Asking if a dealer provides a written health guarantee for their puppies is also an excellent idea.

You’ll soon figure out whether a particular breeder seems to be someone you can trust. If possible, try and go to meet them, as well as both parent dogs. This can give you clues as to what sort of personality your pup may end up inheriting.

1. Jack Russells are not accepted by the American Kennel Club

2. Your Husky Jack puppy’s appearance and temperament will be hard to predict

Because Husky Jacks aren’t yet a well-established hybrid breed in their own right, it can still be difficult to predict exactly what the pups will be like. Your puppy could end up looking like a Jack Russell with the personality of a Siberian Husky or be a complete blend of the two in terms of both appearance and temperament.

When it comes to hybrid breeds like this, the best thing to do is to make sure you like every aspect of both parent breeds — even the howling of the Husky and the mischievous nature of the Jack Russell! That way, no matter how your little Husky Jack pup grows up, you know that you’ll appreciate every part of them.

3. Siberian Huskies are born to live in a pack

Most of us have seen Siberian Huskies harnessed to their sleds and then curling up to sleep in a snowy den after a hard day’s work. These dogs are born and bred to live as part of a pack. So, when you bring a Husky mix puppy home, you become their pack. Your hybrid Husky Jack puppy will most likely want to spend plenty of time with their families and certainly won’t enjoy being left alone for long amounts of time. Where the pack goes, your Husky Jack will want to go too!

Temperament & Intelligence of the Husky Jack

Husky Jacks are smart dogs, combining the problem-solving brain of a Jack Russell with the cleverness of the Siberian Husky. They can be prone to a touch of stubbornness, especially if they’re being asked to do something they don’t want to do!

Husky Terrier Mixes are a sociable and friendly breed who will enjoy spending as much time as possible with their owners. While they do have an independent side, which means they can happily entertain themselves chewing on a bone or their favorite toy, they still want to know that their owners are within earshot.

Husky Jacks can make wonderful family dogs, as long as you’re the right family for them! They prefer being part of an active family where they can be included in as many outings as possible. Being slightly strong-willed, they’re generally best suited to families who have owned a dog before and have experience in training.

They can get along extremely well with children thanks to their fun-loving and energetic natures, but care should be taken around younger and older relatives to make sure these bouncy pups don’t knock into anyone!

Husky Jacks are loyal and affectionate, so they’ll never miss a chance for a cuddle after a long day.

Husky Jacks can get along well with other pets as long as they’re introduced slowly and calmly to each other. If your Husky Jack has inherited their Jack Russell parent’s high prey drive, then they may be tempted to chase cats or smaller rodent pets if you don’t take the time to let them get used to each other.

Cats and other pets that don’t run away will usually be ignored, but sometimes a flash of fast-moving fur will be enough to encourage your Jack Russell to start the chase.

Things to Know When Owning a Husky Terrier Mix

Deciding to bring a Husky Jack puppy into your family isn’t a decision you should rush into, even if other family members are pressuring you to go and visit those puppies right now! Before you do, here are a few additional details about what caring for a Husky Jack will involve.

Husky Jacks are small, but they still need a good quality dog food to fuel all that energy they burn in a day.

Choosing a food that’s designed for active small breeds and has a high percentage of protein will ensure that they get all the energy and nutrients they need to stay strong and healthy.

Husky Jacks are active dogs, so you’re going to need to dedicate a decent chunk of each day to make sure they’re well exercised. The minimum would be at least 90 minutes of activity a day. While at least a portion of this should be an active and reasonably fast-paced walk, the rest can be made up of games, agility training, and obedience.

While 90 minutes is the minimum, you’re probably going to find it hard to wear out your Husky Jack! Both the parent breeds are bred to have plenty of stamina, so your pup will likely be able to keep up with you wherever you go. Husky Terrier Mixes will enjoy going for hikes, on cycle rides, and hiking.

The combination of brains and independence in the Husky Jack can be a wonderful trait for experienced trainers, but it can also sometimes overwhelm first-time dog owners. While Husky Jacks are certainly keen to please, if a task is boring, they’ll simply wander off and do something else.

Positive reinforcement is a great way to keep your Husky Terrier Mixes attention, as well as using short training sessions mixed between games of fetch or agility.

Husky Jacks usually end up with a fairly short but dense coat. They do shed, so they will need brushing at least once a week. During shedding season, usually spring and fall, you’ll probably want to brush them at least once a day unless you want to sweep their fur off your floors instead!

Getting your pup used to having their nails, ears, and teeth checked once a week is also a good idea.

Like most hybrid breeds, the Husky Jack is generally healthy. The puppies can inherit health conditions from either of their parent dogs, however, so that’s something to be aware of.

Maybe you’re now convinced the Husky Jack is the perfect breed for you, and you’re thinking up names for your new pup. Do you get a girl or a boy Husky Jack? Before you decide, we encourage you to visit the litter of pups you’re interested in first.

Personality traits aren’t dependent on the sex of each pup, and you might find yourself bonding with a pup of the opposite sex than what you wanted! The best thing to do is to meet the puppies first and choose one based on your interactions with them rather than if they’re a male or female Husky Terrier Mix.

Any hormonal behaviors you might be worried about will be reduced or removed upon neutering or spaying at the appropriate age. This is always a good thing to consider with a hybrid pup that you don’t intend breeding from.

Hopefully, now you’re armed with all the facts about the cute and characterful Husky Jack. They’re not the best-known hybrid breed, but they do have so much going for them. Their loyalty, zest for life, and overall energetic natures can make them the perfect addition to some families.

Husky Jacks are extremely active and prone to being a little opinionated, though, and this combination can be a great deal to handle. If you think you’re up for the challenge, your new Husky Terrier Mix will certainly be ready to keep you on your toes!