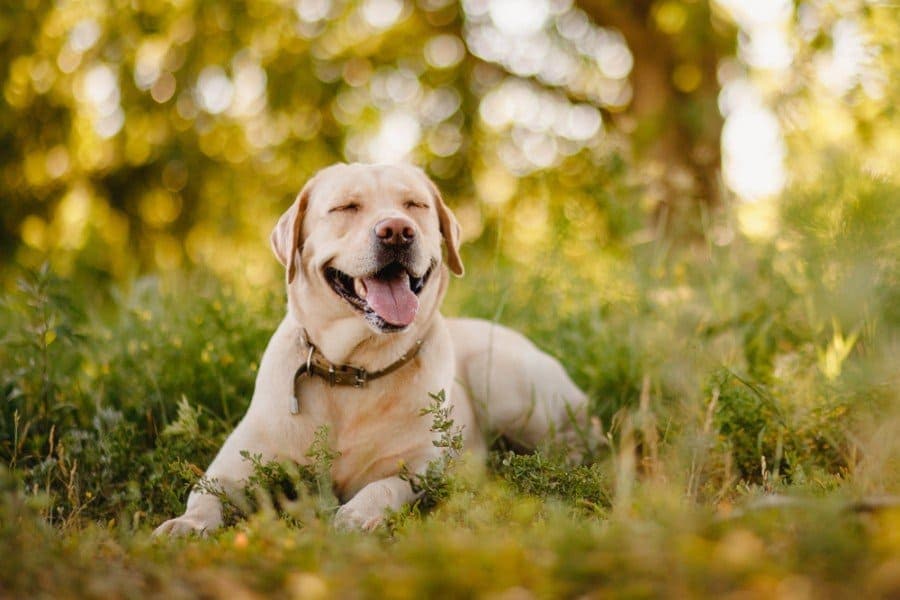 The Labrador Retriever is a loving dog that has gained immense popularity worldwide, particularly in the United States. They are registered with the AKC and are ranked number one for their incredible reputation.

The origin of the Labrador Retriever is dated back to the 1800s. They were initially called the St. John’s Water Dog. They are native to the icy regions of Newfoundland, and this is also where they received their name. It wasn’t until much later that they were dubbed the Labrador Retriever, which most people know them as today.

They have a great variety of uses in the modern world, being an excellent companion dog. This breed is also often used as a therapy dog because of their consistently happy natures. They can be trained as guide dogs for the blind, although they can be harder to train than some other dogs used in the same capacity.

Labrador Retriever Puppies — Before You Get One…

1. The Earl of Malmesbury could have named them “Labrador Retrievers.”

There is not much reported on the original development of this breed. We have a good idea that it occurred early on in the 1700s. They are a mix of the Flat-Coated Retriever and the Greater Newfoundland, but primarily the Lesser Newfoundland, commonly known as St. John’s Dog. It is their genes from which the Labrador Retriever receives most of the traits associated with them today.

They became the traditional waterdog to the Newfoundlanders. They were known as the friend to all fishermen and made an excellent duck retriever. It wasn’t until the 1800s that the dogs began to gain recognition outside of Newfoundland. They were “discovered” by the visiting English. The nobles declared that they were fine specimens and had to bring a few back for themselves.

The Labrador Retrievers, which were known before this time as St. John’s Water Dogs in honor of their close ancestors, began to become a sort of commodity sold to the English across the pond. It is theorized that it was the Earl of Malmesbury who initially described the dog as the Labrador Retriever.

The moniker lauds their retrieving capabilities and describes the region of their development. The name can be slightly misleading, though, since it isn’t Labrador the province that it refers to, but rather the area of Newfoundland surrounded by the Labrador Sea.

2. Canadian tax laws almost made the Lab an extinct breed.

It is quite fortunate that the English had such a fascination with the breed, or the dogs might not be around anymore. Their exportation began in the 1920s and continued for almost 60 years. There were kennels and clubs formed for them almost immediately in both England and Scotland. The dogs became one of the most common hunting dogs in the U.K.

Then, Canada began to impose strict tax laws, and England put up quarantine requirements on the animals imported into the country. The sales of the dogs between the two countries came to an abrupt stop. Canada enacted their laws to push for the raising of sheep.

Dog ownership across the country was restricted heavily. Anyone who wants to own a dog had to pay hefty taxes and were only allowed to own one dog per household. Owning a female cost even more in taxes, so females were often culled from litters of new puppies.

The pure bloodlines of the breed strained and were eventually decimated over the following decades. However, the Malmesbury family and the predated kennels worked hard to maintain the breed’s vigor on the other side of the ocean. The lines here stayed healthy and is the only reason that Americans can enjoy such a fine specimen to this day.

Labrador Retrievers were first the pet of fishers and hunters of waterfowl. This calling led to the retainer of traits such as a water-resistant double coat. Even though it lies close to their body, it is enough to keep them insulated against the northern lands’ frigid waters.

They also have webbed feet. It makes them just as fast in the water as they are on land. Fishers would use these traits to train them to haul in their nets or pull ropes in between boats or docks. They would also retrieve any lost fish.

Temperament & Intelligence of the Labrador Retriever 🧠

Labrador Retrievers are loveable animals. Why else would they be the number-one dog in America? They have a mellow personality that is patient and kind. They get along with everyone they encounter, always ready to make a new friend. This trait makes them useless as a guard dog, even though they are so good at many other things.

They don’t tend to bark much but will if they get lonely. They can be quite mischievous creatures, especially if they feel like they don’t get enough attention. They like to be active and outside. They are quite intelligent. Pair this with their ability to ascertain their family’s various moods, and they will be quite the peacemaker and people pleaser.

These dogs suit family life down to a tee. They love all their family members. They are known for their patience with the prodding and poking of young children. Even still, give them plenty of attention when it comes to their interactions because every dog has a cutoff line. Teach both the dog and your children how to act with each other appropriately.

Labs do not tend to exhibit territorial behavior. They appreciate the time spent with other animals almost as much as other people. Each dog is different, though, so practicing early socialization methods won’t hurt.

Labs do have a certain amount of prey drive bred into them. They need extra vigilance when they are around smaller animals like cats, rabbits, and rodents. However, they have adapted surprisingly well in these interactions. They generally react with more curiosity than aggression.

Things to Know When Owning a Labrador Retriever

Even with their need for almost constant activity, Labs don’t require much food to keep them going. It is healthy for them to consume between 2 and 3 cups of food each day. It will vary from dog to dog and throughout their lives.

Obesity is typical for this breed. Labs cannot self-regulate their diet and should not ever be free-fed. It is essential to keep an eye on their weight to increase their life spans and reduce the likelihood of having arthritis and diabetes. This watchfulness is especially important in puppyhood.

Adult Labs should be fed with large-breed dog food. Find a dog food formulated to support the bone structure of the large-breed dog because Labs struggle with this much more than other breeds.

Like with some similar breeds, Labrador Retrievers need not only physical exercise but also mental. Combine the two, so it’ll be even better for you both.

They need at least 45 minutes of consistent activity during the day. This exercise can be a variety of activities, ranging from going on long walks, runs, or visiting the dog park. Since they are Retrievers at heart, playing fetch is often one of their absolute favorite games. They also like to swim and will wear out quicker than in some other sports.

If you prefer to walk or run with your dog, aim to hit a mileage goal of at least 15 miles each week. Their energy and endurance are what makes them an excellent dog for athletes and trainees alike.

You can incorporate training sessions into their daily exercises to keep them mentally active. Try agility training with them and practicing special tricks.

Labrador Retrievers are highly intelligent dogs. They are also always ready to please. It makes them an easy dog to train as long as you are consistent with the nature of your commands.

Keep in mind with Labs that they are highly food motivated. Treats should never make up more than 10% of a dog’s diet, though, and only if they are highly active. However, saving them for use during your training sessions together makes them extra receptive.

These don’t have to be the only form of reward either. Positive reinforcement and extra pats can be just as satisfying for them after a job well done. They thrive knowing that they have done the right thing.

Training your Lab from the early stages of puppyhood makes it much easier for them to grow into adults. Start early to get them accustomed to your style and what you expect from them.

This breed is considered a low-maintenance dog when it comes to their grooming needs. They have short fur that doesn’t get tangled. Even though they have a double coat, they don’t experience a period of blowing their coats as other dogs do. They need more baths than some dogs do, though, since they can generate that typical doggy smell.

Bathe them once every month to two months. Making it into a game helps them look forward to it more than fight it. They tend to love water and appreciate the extra close attention you give them during bath time.

Labs have droopy ears, so make sure to check and clean them weekly. If dirt is allowed to build up inside, they can commonly suffer from bad ear infections. Don’t insert anything into the ear too deep, focusing only on the outer ear.

Labs need good dental hygiene maintained, especially as they age. Brush their teeth daily to keep up with it, but at least twice a week. If Labs receive sufficient amounts of exercise, then they shouldn’t need their nails trimmed. Keep an eye on them otherwise.

Labs are not a healthy breed, mostly at the fault of their popularity. They suffer from an array of genetic conditions brought about by too much inbreeding or the inappropriate breeding of unhealthy dogs.

Before adopting one of these dogs, check with their breeder to verify their health and their parents’ health. Afterward, maintain at least annual vet checkups to catch any problems as early as possible.

Males and females both tend to have similar personality characteristics in this breed. Sometimes, females are shyer than their male counterparts.

Physically, males might stand an inch taller than females. Males weigh between 65 to 80 pounds, while females move toward the lighter side at 55 to 70 pounds.

The Lab is America’s sweetheart for a reason. No matter what kind of family you have or living situation you are in, these dogs are adaptable and loving. They want to be around their family as much as possible. Involve them in many different activities and give them bonding time to have a lasting relationship with your Lab.