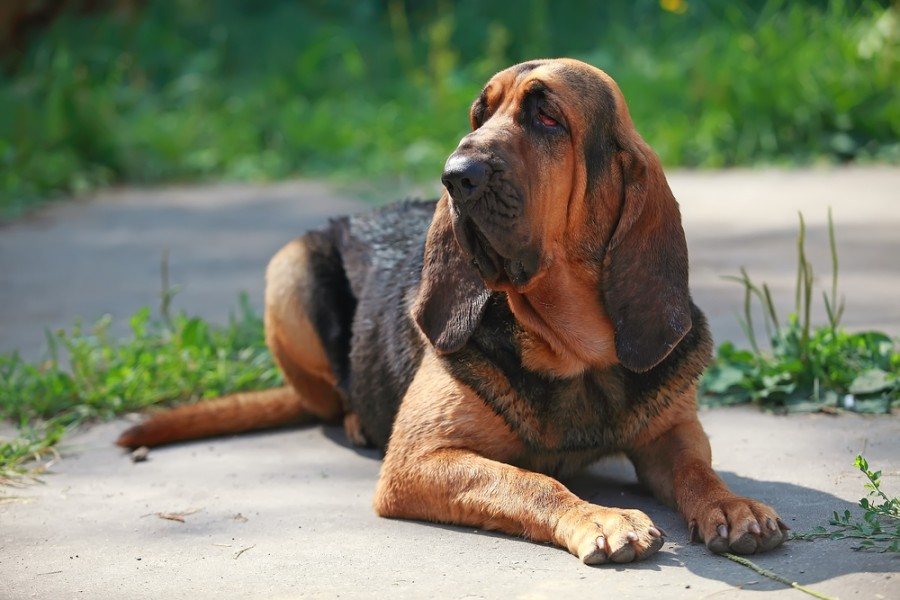 Let’s look at some of the least affectionate dog breeds to have as pets. None of these dogs are outright aggressive, but most are for hunting or fighting, which leaves them with natural traits that resemble aggression. These hunting and sporting traits cause the dog to have plenty of energy and require plenty of exercise and stimulation. These dogs also expect to take orders and follow a strong leader. Most of these dogs will not respect a weak or inexperienced leader and will instead become their own boss, which leads to stubborn behavior as well as chewing, barking, biting, etcetera.

The Afghan hound is one of the oldest dog breeds on the planet. It’s a longhaired dog with a regal appearance initially bred to withstand the cold mountains of Afghanistan. These dogs tend to be aloof and stay away from strangers. They also have a habit of attacking small prey.

The Alaskan malamute has an appearance similar to a Siberian Husky, but the two breeds are not related. The Alaskan Malamute is bred for hard work and needs a strong leader to prevent them from misbehaving. These large sled dogs will not respect weak leaders, but they do like to be around people, which makes them unsuitable for use as guard dogs.

The Basenji is a small breed of hunting dog that originated in Africa. This breed is best known as the barkless dog because instead of barking, it howls. The Basenji is a reserved dog that tends to attach to a single person. They will guard this one companion with their life, but they will remain aloof around strangers and are unlikely to get along with any other animals.

Bloodhounds are a very old breed of large dogs bred for their superior tracking ability. Its physical traits allow it to track a person or animal for several days. Many believe bloodhounds can smell 40x better than humans. Their dedication to their work can cause them to spend many hours on the hunt, and they can become frustrated if they lose a scent. The work ethic can cause them to be distant from family members, and their stubbornness can be challenging for new owners.

The Chesapeake Bay Retriever is a large breed of dogs belonging to the retriever family. This American dog retrieves waterfowl and is a perfect hunting companion. These dogs love water and have a wavy coat. These dogs are happy and playful, but their desire to hunt will prevent them from spending much time with the family. These dogs will also continuously chase and attack small animals.

The Chow Chow is an old breed of dog that originated in China over a thousand years ago. These dogs are also known as a puffy-lion dog. These long-haired dogs resemble teddy bears, and there is some evidence that the first teddy bears use the Chow Chow as a model.

The downside to having a Chow Chow as a pet is that they can become fiercely protective of their ower, often becoming overly aggressive. Aggression is one of these dogs’ natural traits, and an owner needs to be extremely vigilant while training. Plenty of socialization is also necessary to keep aggression towards family members at a minimum.

The Chinese Shar-Pei is another Chinese bred dog, and these are for hunting and fighting. Their rough sandy fur is to ward off wild boar, and the wrinkles help during a battle with another dog. These dogs are usually employed as watchdogs and are extremely suspicious of strangers and fiercely loyal to their owners. Extensive early socialization and training are necessary to keep a Shar-Pei as a pet.

The Saluki is a tall, slender dog that resembles an Afghan hound, but this breed is a sighthound, which means that it primarily uses its eyes instead of its nose for hunting. The Saluki is a fast dog and can beat a greyhound over long distances. It’s very shy around strangers and can be challenging to train. This dog is also prone to chasing moving objects, including small animals and tires. Early socialization can help curb some of the bad habits.

The Scottish Terrier is often called a Scotty, and it is one of several terriers that originate from Scotland. These are small dogs with a distinctive shape and large heads. The Scottish terrier is a popular breed in America, owned by two presidents, and featured in the popular board game Monopoly. This breed is extremely territorial and aggressive. They are known for barking continuously, and they make excellent watchdogs. They are often standoffish around strangers and small children, and their barking can become bothersome to many people.

The Shih-Tzu breed is a toy breed, and it often weighs less than twenty pounds fully grown. These tiny dogs originated in China, and most have long, straight hair, while others have shorter curly hair. These dogs were once highly prized among Chinese royalty and bred strictly for companionship. Shih-Tzu can be a great pet, but they are temperamental and extremely stubborn. Shih-Tzus are much like cats, in that, they do whatever they want, whenever they want.

As you can see, most of the least affectionate dog breeds are hunting or sporting dogs from a time past. Over the years, their job may have gone out of style, but we keep them around as pets and companions. These 10 dogs have an especially hard time letting go of the past and need a strong leader to give them a new purpose. These dogs are not for the casual owner that wants a dog around the house but doesn’t want to interact with them much. The Shih-Tzu, Scottish Terrier, and Chow Chow, in particular, are difficult breeds to manage for new owners.

If you are an experienced owner with plenty of time to devote to exercising your pet and interacting with them, any of these breeds would make a fiercely loyal companion and are as good as any other. Please share these least affectionate dog breeds on Facebook and Twitter.

Can Dogs Eat Wasabi? What You Need To Know!

13 Types of Dog Ears: An Overview (with Pictures)

Husky vs Golden Retriever: Which Breed is Right for You?