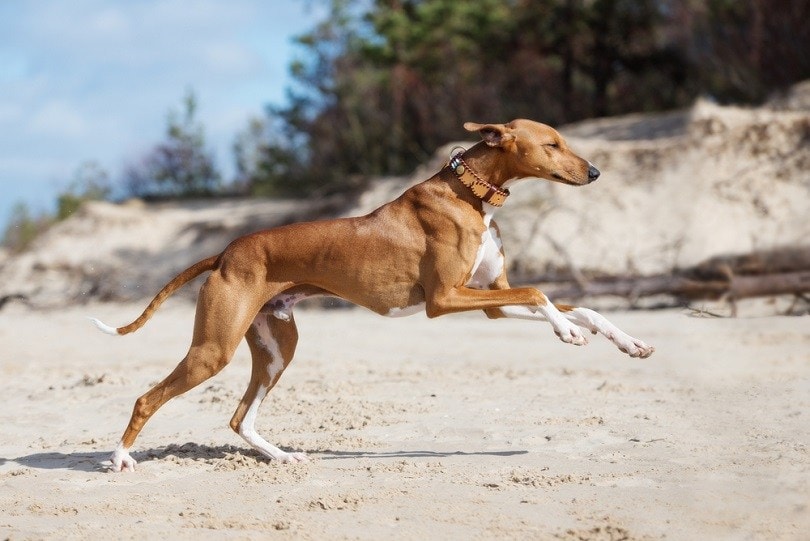 The American Kennel Club (AKC) is a registry for purebred dogs in America. Many countries have their own dog registry, with the British boasting The Kennel Club (obviously, darling), and Europe having the Fédération Cynologique Internationale.

At the time of writing (in 2020), the AKC recognizes 196 breeds. If a dog breed is not yet officially recognized, they can usually be found in the Foundation Stock Service Group. They will wait here in this group until their breed is formally recognized.

The AKC first began in 1884, but you might be surprised to know that dogs are still being added to their recognized breed list every year. And here, we have 15 of the newest dog breeds that have been officially recognized by the AKC since 2015. Let’s take a closer look at them all, and as always, we’ll chuck in gorgeous doggy photos, too.

The Bergamasco was recognized in 2015, and he hails from the Bergamo region of the Italian Alps. His distinctive hairdo is usually loose in curls on the upper part of his coat, and it forms tight curls at the bottom that looks a lot like dreadlocks. He is loving and jolly with his family, but wary of strangers and protective.

The Berger Picard (pronounced bare-zhay-pee-carr) is a tall and slim dog, with even taller ears that measure up to 5 inches long. He is a herding dog from France, and he is possibly the oldest too. The Berger Picard nearly became extinct due to the World Wars and living near the valley of the Somme, the famous battlefield. He is a stubborn and independent guy, but also tons of fun as well.

The Boerboel is the South African’s canine choice for guarding their estate against lions and other ferocious beasts. He is a confident and dominant dog who needs a firm master if he is going to succeed as a family pet. He is a big softie behind closed doors with his loved ones. And he can weigh up to 200 pounds, making him a great hot water bottle.

The Cirneco dell’ Etna is an ancient coursing hound of Sicily who is favored for his quick bursts of energy and speed. As a family dog, he is chilled and low maintenance, and he is very loving and affectionate. He is small and weighs only up to 26 pounds, and this guy is also the owner of tall ears. His wrinkly brow gives him a permanently quizzical look.

The Lagotto Romagnolo was initially bred to be a waterfowl retriever, but his incredibly skilled nose led him to be considered as the world’s finest truffle-hunting dog. He has a cute and curly coat, which is very similar to the Poodle’s jacket. He has a long lifespan of 15 to 17 years on average, meaning you have many years of love and laughter to enjoy with this guy.

Only recognized in 2015, the Miniature American Shepherd shot up in popularity, and he is now the 34th most popular dog in America. He looks a lot like the Australian Shepherd, just a miniature version. They are bright and loyal, and because they are fond of horses, they are the equestrian traveler’s canine colleague of choice.

This guy is the last of the recognized breeds from 2015, and he too is a waterfowl retriever. He also makes a fantastic herder, which is why he is the versatile choice in his Spanish homeland. His coat is tight with curls, and he is an exceptionally hardworking dog who is described as inexhaustible. He is loving with his family, as well as a vigilant guard dog.

Let’s leap into the year of 2016, where the American Hairless Terrier was one of three dogs finally to be recognized. He is the only hairless breed native to America, and he is a talented ratting dog. In 1972, a hairless rat terrier was born, and after several decades of breeding coatless pups, the American Hairless Terrier breed was established. He is feisty, obedient, and affectionate.

The Pumi is one of three Hungarian sheepdogs, and he was born around 300 to 400 years ago. Despite his cute and cuddly demeanor, he is a hardworking and lively character who is only content when he has a job to do. His distinctive ears are two-thirds erect, and the tips are pulled by gravity. If you can exhaust this guy, he will happily snooze the night away in your arms, recharging his batteries for the next day.

The Sloughi, also known as the Arabian Greyhound, hails from the lands of North Africa. He was the Egyptian noble’s choice of canine for hunting gazelle, jackals, hare, and foxes. He is tall and slender, yet powerfully muscular – much like the Greyhound that most of us are familiar with. He is reserved with strangers, loving with his family, and overall gracefully regal in character.

Skip forward to 2018, and this guy looks a little like the long and dopey Basset Hound, but with a posh twist. He is a French scenthound by day, courageous and determined to catch whatever has interested his nose. And a cuddly Netflix and chill kinda guy by night. His sweet face is carried by a sturdy body, and his coat is long and wavy that needs a fair bit of grooming.

This guy is native to the Netherlands, where he was used as a ‘duck decoy’ in the manmade duck-trapping pond systems. When guns became more available, this guy was made redundant and nearly became extinct. But the royal family of the Netherlands trawled the country for fine specimens and saved the breed. He is sweet and loyal, calm in the home, but full of fun energy.

This guy is the only breed recognized in 2019, and he is tall, slinky, and shiny. He looks similar to the Sloughi, and he is also a sighthound who is super quick and determined. He hails from the Saharan desert, and despite his elegant appearance, he is a tough cookie. He is loving and sweet with his family, and in return for his affection, he expects to be spoilt and pampered.

2020 saw the recognition of the French Barbet, who is commonly known as the mud dog. This is another curly-coated breed, who has a long beard. His love for the water, chasing birds, and his curious nose makes him a dirt collecting doggo that is high maintenance when it comes to his grooming schedule. He is friendly, fun-loving, and affectionate with his loved ones.

In 2020, the Dogo Argentino finally earned his big boy badge, despite being created over 100 years ago in Argentina. He was designed to be a hunting dog, and he can take down mountain lions and big wild boar with ease. He is a loyal companion who needs a firm and experienced owner, and just like many formidable-looking canines, he is a sweety pie. His coat is brilliant white, and he is an athletic and stocky guy who can weigh up to 100 pounds.

So, there you have it, all the newest AKC recruits seen between 2015 and 2020. From little to large, old to new, cute to formidable, there is something here for everyone. With any one of these guys, except for the Miniature American Shepherd (as he is now super popular), you will have a unique dog breed on your arm for sure.

What to Do If Your Dog Dies at Home?