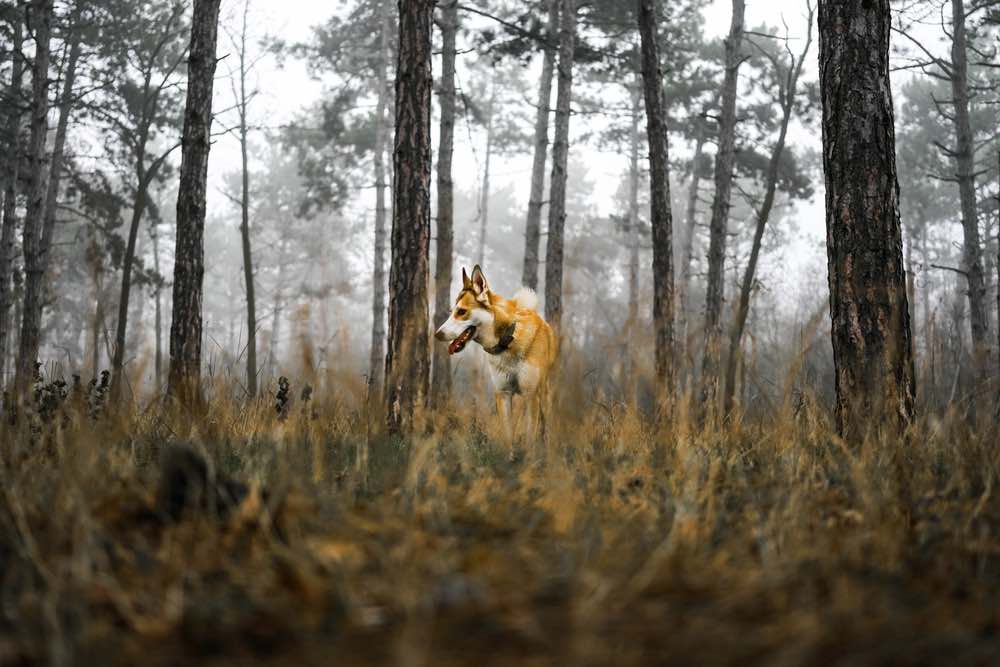 The Norwegian Lundehund, also referred to as the Lundie or Norwegian Puffin Dog, is one of the rarest and most unusual dog breeds available. With six toes on each foot, a distinct fox-like appearance, and an easy-going personality, the Norwegian Lundehund makes an exceptional companion for anybody seeking a very special breed.

If you’re considering bringing a Norwegian Lundehund into your home, here is everything you need to know about this unique little dog.

Norwegian Lundehund Puppy – Before You Get One…

Due to the scarcity of the breed, many bad breeders may try to make a quick buck by selling Norwegian Lundehund puppies at very affordable costs. Despite the appealingly low price tag, you may be paying more down the road. This is because puppies from low-quality breeders, including puppy mills and backyard breeders, may be afflicted with a myriad of health and behavioral problems.

A puppy mill is a large-scale, commercial dog breeding operation that gives little to no concern about the welfare of its puppies or adult breeding dogs. Much like a puppy mill, backyard breeders aren’t concerned with the health or happiness of the dogs they’re producing.

Because of the poor living conditions of these facilities, many dogs from puppy mills will develop extreme phobias and fears, compulsive behaviors such as pacing or hoarding their food, and altered mental functioning, including difficulty leash and house training.

Moreover, dogs from puppy mills can have many health problems, including mites and mange, blindness and deafness, and respiratory issues.

If you purchase a Norwegian Lundehund from a puppy mill, you could end up paying thousands of dollars in training and vet bills. Your new puppy may also be traumatized for life, no matter how much love and affection you give him.

This is why it is so imperative to purchase your Norwegian Lundehund puppy from a trustworthy source.

Some signs of a responsible dog breeder include:

There are several different ways you can go about finding a good breeder. You can either ask close friends or relatives for their recommendations or talk to owners at a local dog show. Additionally, you can ask a trusted pet care professional, such as a vet, trainer, or groomer, for referrals.

3 Little-Known Facts About the Norwegian Lundehund

2. They can close their ears.

That’s right! The Norwegian Lundehund can close his ears to protect his inner ear canal. This helps him to keep dirt and debris out of his ears when he digs into a deep burrow of snow.

The Norwegian Lundehund is a super flexible breed and can bend his body in ways a lot of other breeds cannot. For example, he can actually touch the back of his head to his spine.

Before you bring a Norwegian Lundehund puppy home with you, it’s important to educate yourself about his temperament and intelligence to see if he would be a good fit for your kids or other household pets.

You’re actually in for a treat with the Norwegian Lundehund! This is a very happy, easy-going, and playful breed that gets along with just about everyone. However, Norwegian Lundehunds can be protective over their human pack, so it is important to begin socializing your pet from day one. This breed can also be quite shy towards strangers and other dogs they don’t know. To ensure your Norwegian Lundehund is outgoing and sociable, it’s important to expose him to as many different people and pets as possible starting from an early age.

Not only are Norwegian Lundehunds friendly, but they’re super smart too. Your dog will easily pick up on basic tricks and responds well to praise. He can be prone to stubbornness, so using positive reinforcement training techniques would work best with this breed.

Are Norwegian Lundehunds Good for Families? 🏡

Yes! The Norwegian Lundehund makes a superb family pet, even for families with young children. It is essential to educate both your kids and your new pup about how to behave around one another. Teach your children that it is never okay to take away a dog’s food while he is eating. They should also understand how to move correctly around the new puppy. For instance, they should never use quick or sudden movements around the dog. Also, always keep a close eye on your children and the puppy when they are playing together to make sure everyone is safe.

Do Norwegian Lundehunds Get Along with Other Pets? 🐶 😽

A post shared by A L V I N (@alvin_the_lundehund)

Things to Know When Owning a Norwegian Lundehund

Owning a dog is a huge commitment of time, energy, and love. Before you bring a new Norwegian Lundehund puppy home, it’s wise to know everything he’ll need to thrive.

Your Norwegian Lundehund will do well on a high-quality, grain-free kibble. The diet should accommodate your dog’s age, activity level, and weight. Some Norwegian Lundehunds can be prone to obesity, so never over-indulge him with tasty treats and table scraps. You should supply your pet with clean, fresh water at all times.

The Norwegian Lundehund has a high activity level and needs plenty of time to move around and play. You should provide about 60 minutes of physical activity for your pet every day. This can be divided into three 20-minute walks around the neighborhood, a game of fetch in the backyard, or playtime in your living room.

Since Norwegian Lundehunds are highly intelligent, yours will need a lot of mental stimulation to keep boredom at bay. Keep your dog’s mind occupied by enrolling him in a weekly agility course, teaching him difficult tricks, or giving him toys that keep him on his toes, such as a doggy puzzle.

The Norwegian Lundehund is a very smart breed and is quick to learn. They are eager to please and learn best when they are praised. This is why positive reinforcement training methods work so well with this breed.

Since your Norwegian Lundehund can sometimes be stubborn, consistent training is critical. Keep his attention with short, exciting training sessions where he is constantly engaged.

Because the Norwegian Lundehund can be shy, it’s very important to socialize yours from an early age. Expose him to a variety of new sights and sounds every day. Take him to the dog park to meet unfamiliar dogs and people to guarantee a tolerance towards strangers later in life.

While Norwegian Lundehunds are fairly low-maintenance when it comes to their grooming needs, they do shed a lot. Minimize the mess by brushing your dog with a firm bristle brush every day to remove dead or loose hair. Trim his nails monthly and brush his teeth daily.

While the Norwegian Lundehund is a relatively healthy breed, they can develop some health issues later in life. One of the most common health problems the Norwegian Lundehund can suffer from is a digestive order known as Lundehund syndrome. This disorder may be the result of a grain allergy. Dogs afflicted with this medical issue cannot absorb certain types of nutrients.

To keep your Norwegian Lundehund healthy, routine vet care, a grain-free diet, and daily exercise are all essential.

Male Norwegian Lundehunds can be a bit bigger than females. However, both genders generally have the same disposition.

It’s important to buy your Norwegian Lundehund from a reputable dog breeder to guarantee you’re getting a healthy, happy puppy. Never buy a dog from a puppy mill or backyard breeder, no matter how attractive the low price tag might be.

Be sure to socialize your Norwegian Lundehund with strangers and new dogs from an early age and to feed him high-quality, grain-free food.

Your Norwegian Lundehund will provide your family with love and protection for many years to come.