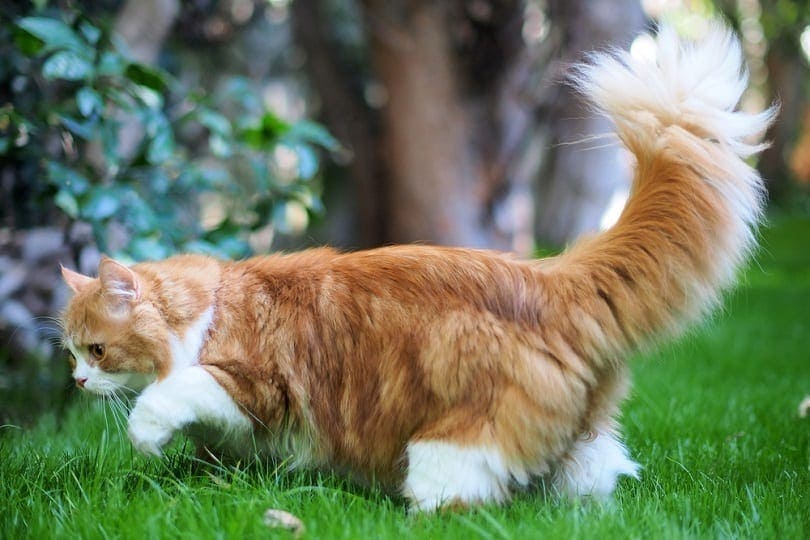 Persian cats get instant recognition due to their beautiful flowy hair, penetrating around eyes, and adorably flat faces. But, while they come in many gorgeous coat colors, orange Persian cats have their own story to tell.

If you own an orange Persian, or you’re simply interested in the breed, we’re going to explain their history. First, let’s get to know this stunning cat a little better.

The Earliest Records of Orange Persian Cat in History

There are no set dates on when Persian cats entered existence, but there is some speculation on the matter. The first documented Persian cats came from Persia and Angora in the 1620s. Originally, they were called Khorasan or Angora cats, depending on coat color.

Interestingly, modern-day Persian cats do not share a strong lineage with these documented ancestors. So, it seems some facts have been lost in translation. But there have been many influences within the breed to improve quality.

Many countries have put their own spin on the breed, creating different skull lengths and coat colors. For example, Golden Persians carry an orange hue, and orange tabby Persians vary in this shade, also—some are nearly red.

The stunning Persian breed can be found all the way back to the 1600s in historical images and books. Because of their charming looks and affectionate personalities, these cats quickly rose in popularity.

Persian cats made their way into the United States in the 19th century. Breeders began perfecting the lineage, creating a beautifully long-haired cat with desirable personality traits. Their brachycephalic features only added to their charm, creating an instantly recognizable look.

Once potential owners were captivated by the appearance of the Persian, their personalities won the prize. Many Persian lovers claim their cats to be the most affectionate, laidback cat they’ve owned—making suitable companions for people of all ages and life stages.

The Persian breed is recognized by several cat clubs all over the world. Even though these cats were famous in the 1600s, they weren’t formally recognized until the 19th century. Since the beginning of development, they have achieved many coat possibilities.

The Cat Fanciers’ Association accepts several Persian color and pattern categories, with several orange shades among them. Our lovely orange-hued Persians come in soft shades, from golden orange to creamsicle orange colors. Then, there are bold oranges—like tabbies.

So, you want a little insight about orange Persians? Let’s talk about their color and their breed reputation.

1. Orange-coated cats have a reputation for being extra lovable.

We don’t know what it is—but it’s something about those orange coats. Though none are backed by science, there are claims that orange coats contribute to highly affectionate natures. Combine that with the Persians already-lovey reputation and you almost have a guarantee.

Persian kitties are already pretty loveable creatures. But the color orange is one of the top coat colors for affectionate tendencies.

2. The significant M shape on an orange tabby Persian’s forehead has spiritual meaning.

In history, the M on the top of a tabby cat’s head signifies a connection to the prophet Mohammed. This is a sign of acceptance and blessing. The M also signifies the word mau in Egyptian, which translates to ‘cat.’ Egyptian people revered cats as gods.

So, it seems our feline friends have quite a tie with the divine throughout the ages.

3. Persian cats were once companions for famous people.

Persians have a rich history in royalty, being companion animals for both Queen Victoria and Florence Nightingale. It’s hard to say if any of their Persians were orange.

4. Persian cats have felt their share of Hollywood fame.

They also appear in many feature films, such as Babe, Austin Powers, and From Russia with Love. They are quite the eye-catcher, making an impression on watching audiences still today.

In today’s world, Persians seem to take on more of a flat-faced look while older lines have a more defined snout. So, each time you wonder why adult Persians vary in looks, it’s all about genetics.

6. Orange is one of the most common coat colors for cats.

We see orangies everywhere—in almost every breed of cat (including mixed breeds). However, orange is a very dominant color that comes through—even, at times, from parents who are not orange.

Orange may be popular, but it isn’t the only available coloring! We have details on blue and grey in our guides.

Does The Orange Persian Cat Make a Good Pet?

Orange Persian cats make ideal pets in almost any living situation. These cats are calm, affectionate, and social creatures with gentle demeanors. They make wonderful family additions to single owners, families, and people of any age.

If you own an orange Persian with children, this relationship should work just fine. But children should be old enough to handle and respect this kitty—as with any animal.

Orange Persians are low-maintenance pets that form strong bonds with their families. They tend to work well alongside other kitty companions as well as other household pets. So naturally, it would be best if you didn’t introduce your Persian to the gerbil—they do still have prey drives.

All things considered, these felines make fabulous additions to virtually any home. As always, make sure any newcomer is compatible with all people and existing pets before bringing them home.

The Persian breed as a whole has a rich history full of interesting facts. So it’s no wonder that this cat is one of the most popular breeds to exist today. While the orange coat really doesn’t change much about the Persian, they might be even more lovable.

Remember to buy your Persian from a reputable breeder to avoid any unsatisfactory quality or health issues.

Ashley Bates is a freelance dog writer and pet enthusiast who is currently studying the art of animal therapy. A mother to four human children— and 23 furry and feathery kids, too – Ashley volunteers at local shelters, advocates for animal well-being, and rescues every creature she finds. Her mission is to create awareness, education, and entertainment about pets to prevent homelessness. Her specialties are cats and dogs. 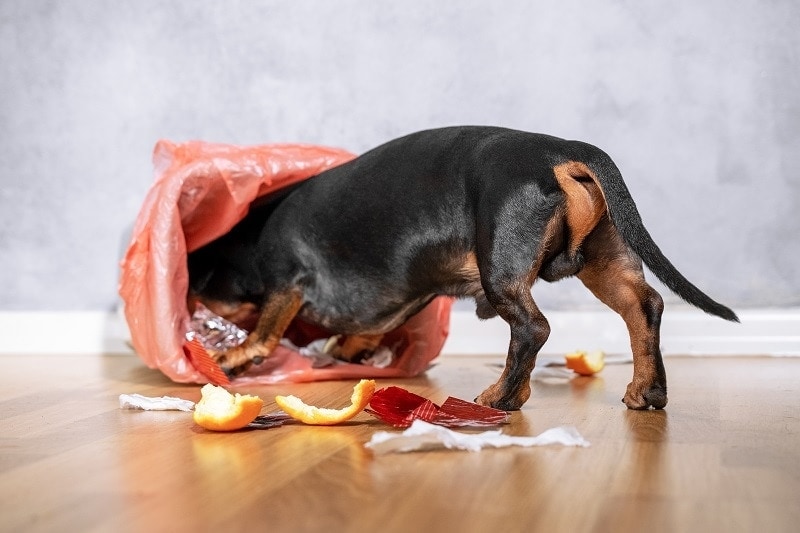 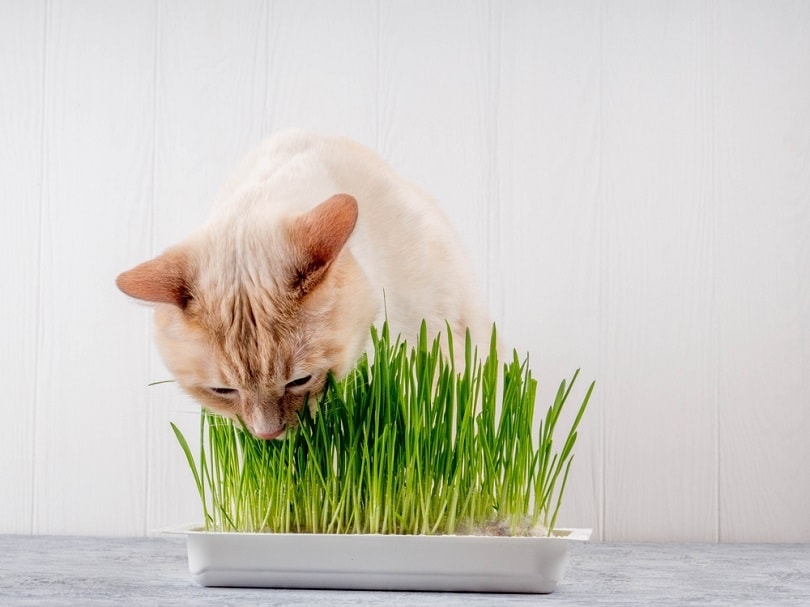 6 Benefits of Cat Grass For Your Cat 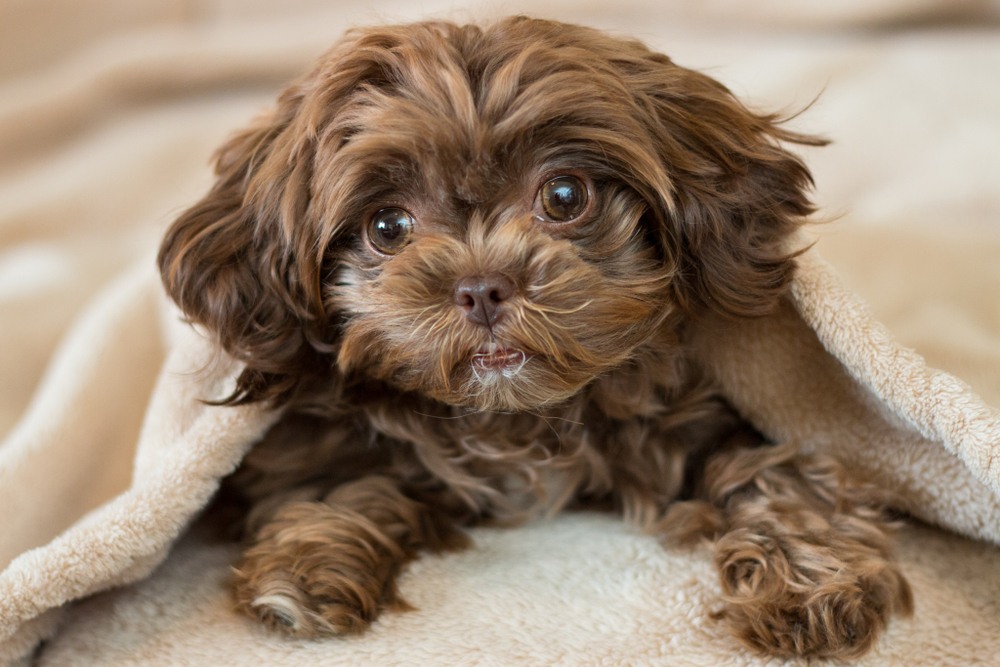 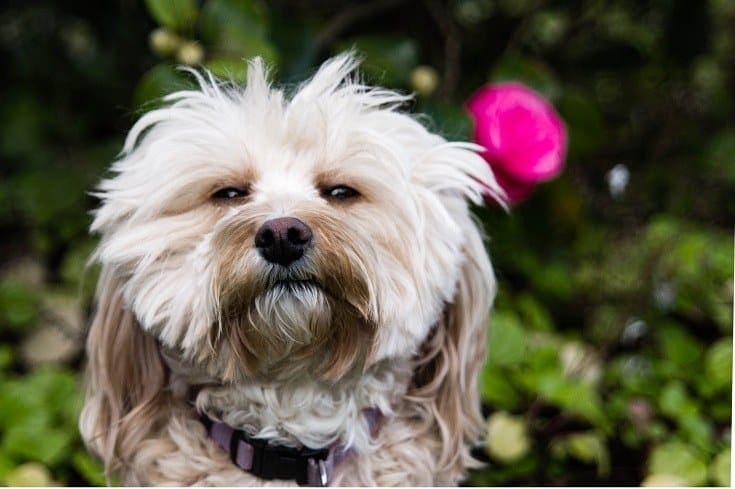 8 Havanese Haircuts in 2021: Your Dog Will Love These