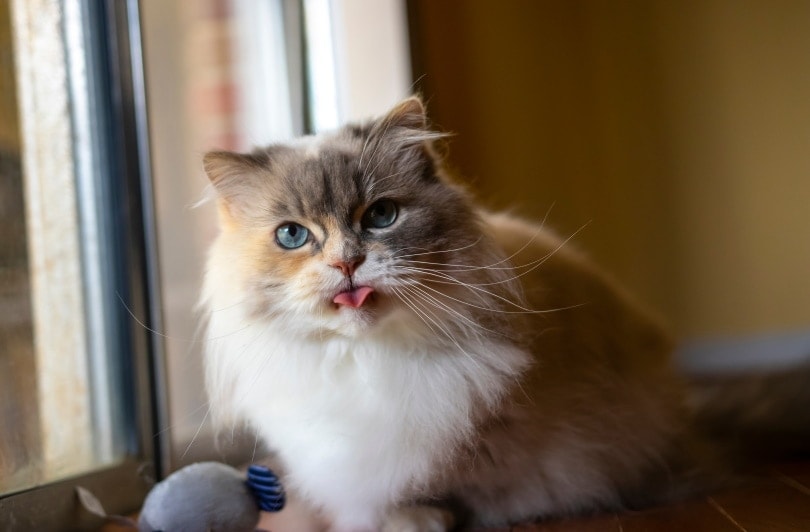 If you have ever watched a Munchkin cat video and said, “Wow, that cat is so cute. I really want one,” you aren’t alone. Munchkin cats are a fairly new breed that has become popular in recent years due to internet fame. Persian cats, on the other hand, are a much older breed that can be traced back as early as the 1600s. Between their snub noses and long hair, Persian cats have a distinctive look that has won the hearts of pet owners for centuries.

The Napoleon or Minuet cat is a cross between these two popular cat breeds. Named for Napoleon Bonaparte due to its short legs, the Napoleon cat is a gentle, curious, and affectionate cat that can adapt to many different types of homes. Read our guide to find out more about these cats.

Napoleon Kittens – Before You Buy…

What’s the Price of Napoleon Kittens?

If you want to buy a Persian Munchkin cat mix, you can probably expect to spend a lot of money. The price for one of these kittens ranges quite a bit, but they often cost as much as $1,800 and can even cost up to $3,000. Be sure to do your research when looking for a breeder; backyard breeders, pet stores, and kitten mills often prioritize profit over the health and wellbeing of the cats they sell. Any good breeder will let you meet your kitten’s parents and learn about both the parents’ and kitten’s health history. This is especially important given that short-legged cats such as Munchkins and Munchkin mixes are prone to spinal issues such as lordosis.

1. This breed is relatively new.

The first time the Persian cat and the Munchkin cat were intentionally crossed was in the mid-1990s. While Munchkins are even newer, having only been accepted as a breed by the International Cat Association in 2003, the Persian cat is one of the oldest cat breeds.

2. Persian cats have been popular among important historical figures.

Queen Victoria and Florence Nightingale are said to have loved these cats, along with other prominent figures in history.

3. While Munchkin cats are now gaining popularity as a breed, they have actually been around for decades.

The Munchkin cat’s short stature results from a naturally occurring genetic disorder called achondroplasia. Breeders do intentionally mate these cats in order to achieve the miniature look, which has been a source of controversy.

Temperament & Intelligence of the Napoleon Cat

A post shared by Dolly and Oreo the Minuets (@dollyandoreo)

The Napoleon or Minuet cat tends to borrow personality traits from both of its parent breeds. Like the Persian cat, the Napoleon cat is typically gentle and easygoing. Like the Munchkin, these cats also tend to be energetic and curious creatures. While Munchkin cats tend to be quick learners, the Persian cat requires more patience as it takes them a bit longer to learn new things.

Are These Cats Good for Families?

Napoleon cats are great family pets that tend to get along well with children. Unlike some other cat breeds, they don’t like to be alone and require a family that can devote time to spend with their animal. Like all cats, Napoleon cats don’t enjoy roughhousing or lots of commotion. If you have kids, you should teach them how to properly pet, handle, and interact with your cat. Since these cats are relatively small, they can be seriously hurt if your kids play too rough.

In addition to children, Napoleon cats tend to get along well with other pets. They are easygoing creatures that are likely to enjoy the company of other cats. However, it’s always a good idea to make sure you socialize your cat with your other pets as soon as possible; individual cats may be less keen on spending time with your other pets. If you have a dog with a high prey drive, make sure to spend time training your dog and introducing your pets to one another so that your dog knows your cat is part of the family. Napoleon cats are small cats whose size can resemble other potential prey such as squirrels. When in doubt, keep your Napoleon cat in a dog-free household.

Things to Know When Owning a Napoleon Cat:

Be sure to buy your Napoleon cat a high-quality cat kibble that is formulated for your cat’s age. While the exact amount of food your cat needs depends on your cat’s age, ideal weight, and activity level, as a rule of thumb, you should give your cat about 24 to 35 calories of food per pound each day. Talk to your veterinarian to determine exactly how much food your cat should be eating and whether or not you should supplement its diet with wet food. Since cats are considered to be strict carnivores, you should generally avoid feeding your table food to your Napoleon. However, cat treats and the occasional bite of chicken or salmon from your plate are okay in moderation. Treats should make up no more than 5-10 percent of your cat’s daily caloric intake.

While Napoleon cats are relatively energetic, their exercise needs are still moderate. Unlike dogs, cats do not need to be taken on walks or otherwise have an allotted exercise time with their human. They tend to get exercise on their own, roaming from room to room, chasing after their toys, and running around the house at night. However, cats benefit from and enjoy playtime with their owners. Just a few short sessions playing with a laser or a cat wand will help your Napoleon get the exercise it needs. As an added bonus, playing with your cat can contribute to a bonded relationship between the two of you.

As mentioned, Munchkin cats are quick learners, but Persians tend to need more time to learn a new behavior. As such, you will probably need some patience when training your Napoleon behaviors such as using the litter box, coming when called, and traveling in a cat carrier.

While cats tend to have fairly low grooming needs overall, your Napoleon cat may require a moderate amount of grooming due to its Persian cat ancestry. Persian cats have long hair that needs to be combed nearly every day. If your Napoleon cat’s coat is on the shorter side, you can cut back to brushing or combing your cat’s fur about once per week.

While there are no specific health conditions that are associated with this crossbreed, you should know that your cat may be more prone to certain problems due to its Munchkin parent. Dwarf breeds such as the Munchkin and the Napoleon cat could be more likely than other cats to have skeletal deformities such as lordosis and pectus excavatum.

Like humans, cats are individuals with individual personalities. While there are some noticeable physical and behavioral differences between male and female animals such as size or sexual behavior, most discussions about differences between the sexes are anecdotal and based on generalizations. This is especially true if your cat is spayed or neutered. If possible, spend some time with your kitten or cat before you bring it home to make sure that you are compatible personality-wise.

Overall, Napoleon cats are wonderful pets that can easily adapt to many different types of homes. Since they are so small, they are suitable for apartment living as long as you have enough room for a litter box. Because they are relatively low maintenance and do not require much human interaction in order to get the exercise they need, they can be a great companion for seniors who cannot physically take a pet out for a walk or chase a pet around the house. However, you shouldn’t mistake self-sufficiency for independence; these cats need company and won’t appreciate being left alone for long hours. If you have a large dog that likes to chase animals whenever you go out for a walk, you may want to think twice about adopting a Napoleon cat. 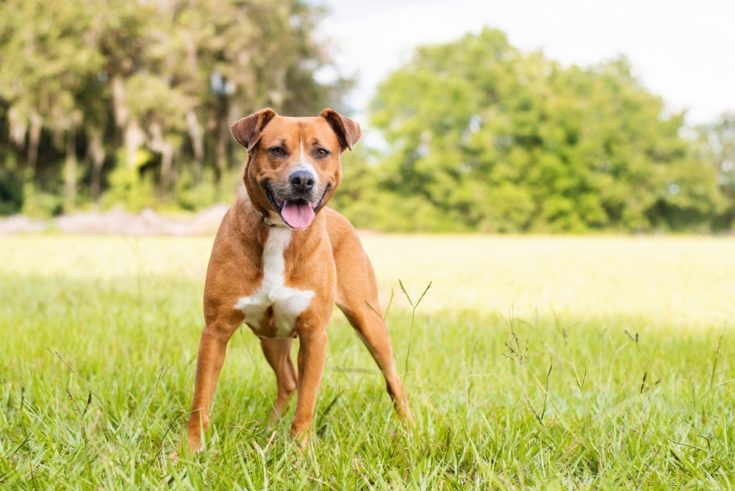 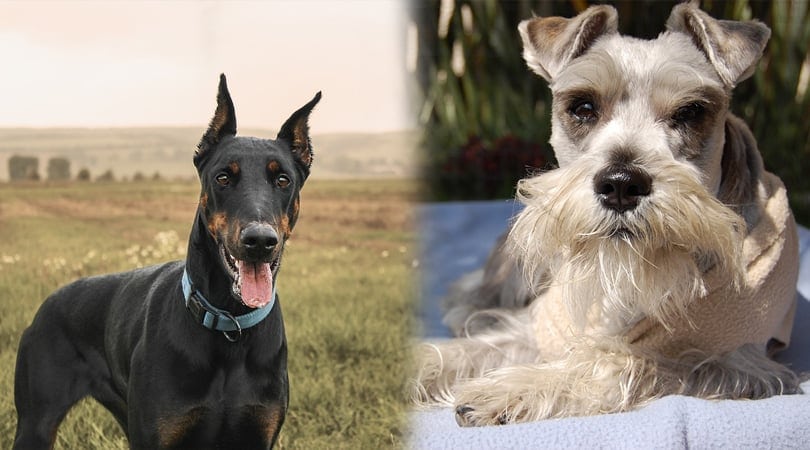 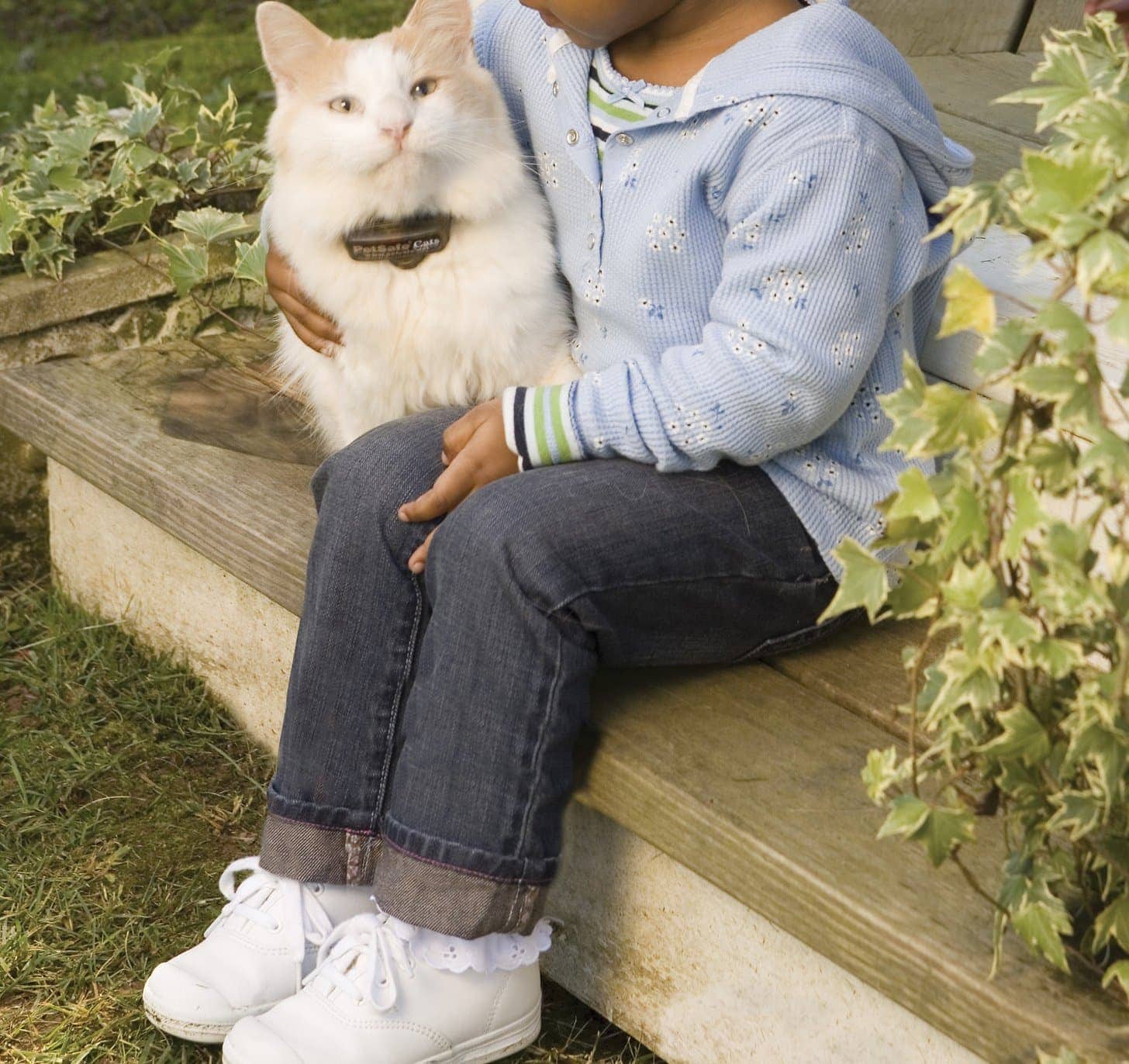 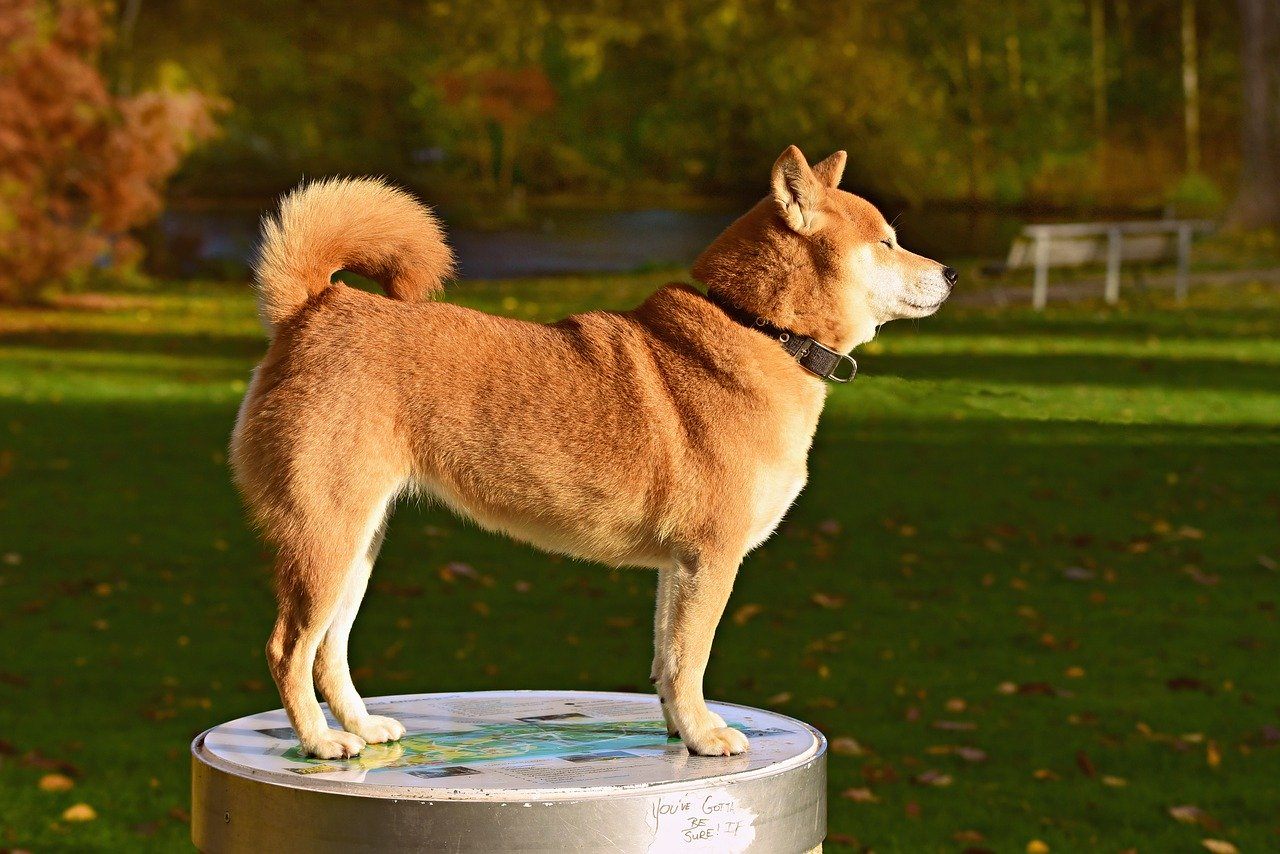