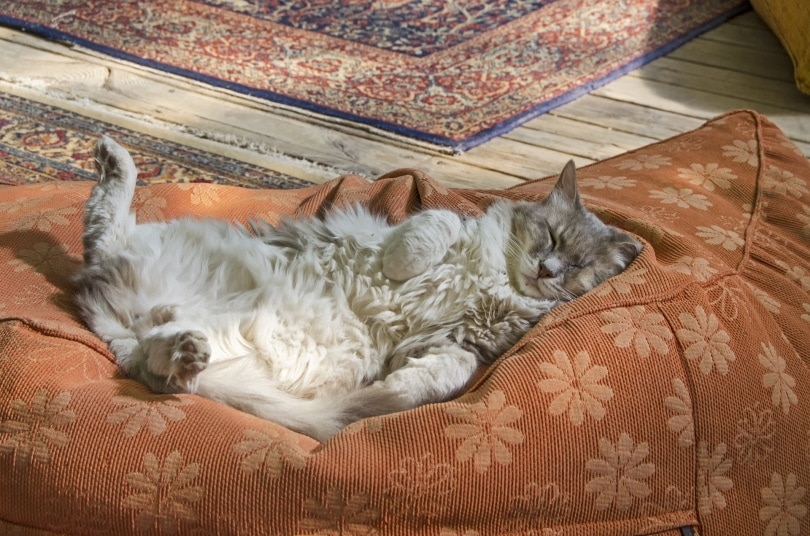 It doesn’t get much cuter than walking into a room and seeing your cat sleeping with their fluffy bellies sticking in the air. You’re probably used to watching your pets sleep on their sides and stomachs, but it feels like a special treat when they’re lounging comfortably on their backs. Most people think that cats only sleep on their backs when they feel safe. This belief is partly true, but there could be some other reasons why they’re lying like this so much.

Do Cats Sleep on Their Backs Normally?

It’s more common for cats to sleep in a position where their bellies aren’t exposed, but that doesn’t mean that it’s abnormal either. Each cat is different. Some prefer to curl into a tiny little ball and make themselves less visible to predators. Others sleep completely sprawled out like they don’t have a care in the world. Depending on your cat and their personality, their sleeping positions could differ.

Cats sleep for up to 16 hours every day. Because sleep is such a significant part of their lives, they try to settle down in the comfiest position possible. Wouldn’t you if you had this kind of schedule? Here are a few possible reasons why your cats may be sleeping on their backs more than others:

The 10 Reasons Cats Sleep on Their Backs:

Not many cats are willing to leave their underbellies exposed. This position is a direct shot to all of their internal organs and puts them at higher risk of getting injured during an attack. If your kitty sleeps on their back, you should feel pretty good about yourself because it means they feel safe and comfortable enough in their home to trust that they won’t get hurt.

2. Getting into a Defensive Position

Even though it may appear that your cat is asleep, sometimes they’re faking it. There are cats that pretend to be asleep with their bellies exposed. While they wait for someone, or something, to touch their bellies, they are ready to defend themselves by using all four of their legs to latch on and protect themselves with their sharp claws and teeth.

A lot of animals are at a disadvantage in this position, but cats use it to their advantage because they can easily scratch and bite a predator from it. If you see your cat in this position, try your best to refrain from rubbing their furry bellies. It’s tempting but let them enjoy themselves.

It’s not enjoyable to lay in the same positions all day long. Lying on their backs allows cats to stretch their muscles and rest. Sometimes it’s nice to expose their bellies to sunlight coming in through a window and take some of their weight off of their legs for once. Sometimes overweight cats and senior cats also enjoy this because it feels less painful.

4. They Have Stomach Issues

A cat may be sleeping on their backs more often if they have stomach or digestive issues. Sitting on their stomachs for long periods of time could make them feel worse. If you notice that their new sleeping position is paired up with vomiting, increased thirst, decreased appetite, or lethargy, take them to the vet to get checked out.

5. Trying to Cool Off

Cats overheat and feel toasty a lot of the time because of their thick coats. Rolling onto their backs helps cool them off. You may notice it happens more when they lay down on cool tile or other cold surfaces. If you think your cat is overheating, check for signs like rapid breathing, vomiting, stumbling, or fever.

Likewise, cats also roll onto their backs near a fireplace, heater, radiator, or sunny window. They absorb the extra heat through their paw pads and bellies to feel toasty warm.

It’s hit or miss if your cat enjoys belly rubs. Some can’t get enough of them, and other cats will attack you the moment you get too close. If they flip over and show you their belly, take them up on their off. Be careful, though. If they don’t like it, you’ll be sure to know.

Kittens lie on their backs when they are being groomed by their mother. Grooming is a primal behavior, and it sometimes carries on even as they fully mature. If your cat lays on their back when they see you, they may be asking you to pet or brush them.

Some female cats sleep on their backs whenever they are in eat. Female cats do this to attract males by emitting pheromones from their neck, face, and anus. This scent spreads easier when they are on their backs. If you haven’t got your cat fixed and she starts laying on her back every day, know that it could take over a week for the behavior to stop.

You won’t notice a bump in a pregnant cat for several weeks after they conceive, but pregnant cats sleep on their backs more often because it relieves the pressure and weight that they carry around all day. If they’re not showing discomfort, it’s completely normal behavior.

Some cats love sleeping belly up, and some prefer to be a little less exposed. Regardless, sleeping on their backs isn’t something to be too concerned about. This is a fairly normal behavior with many different reasons behind it. Hopefully, you’ve been able to use this article to help narrow down why your cat has started doing this and, if you’re lucky, you’ll be one of the few cat owners who get to love on their fluffy bellies all day long. 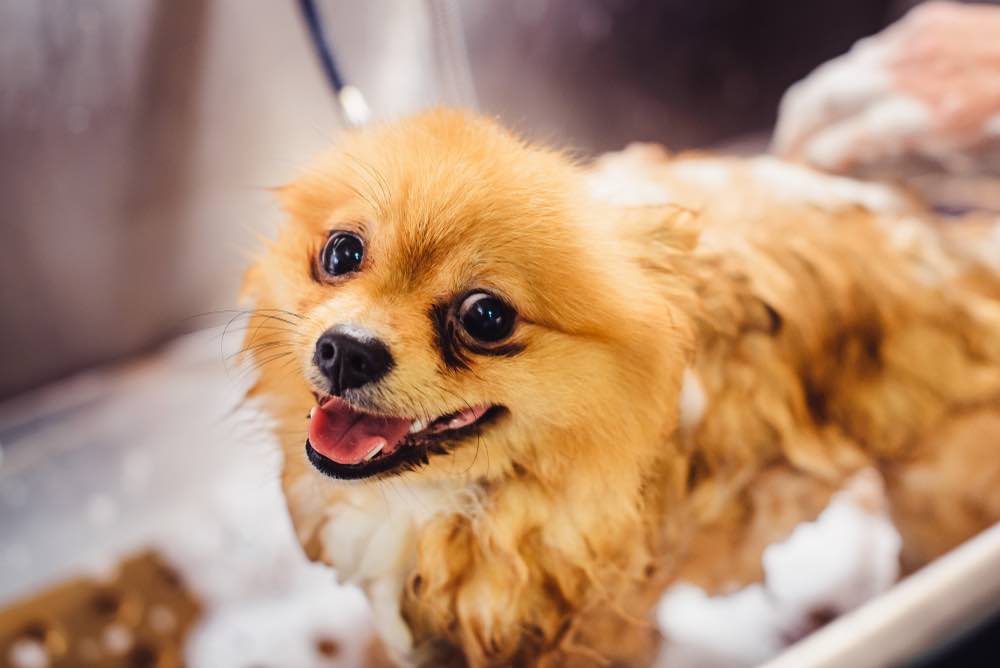 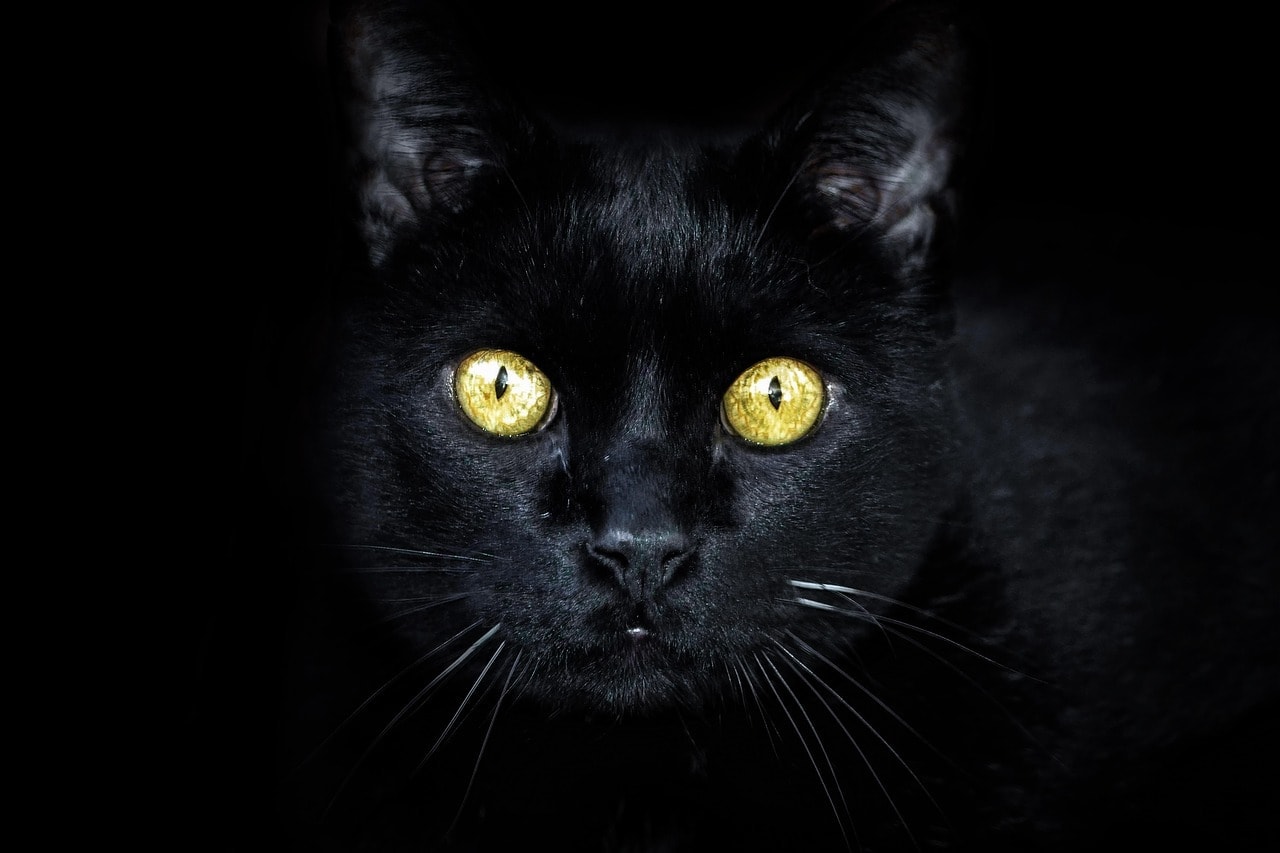 Why Do Cats’ Eyes Glow in the Dark? Here’s What Science Says 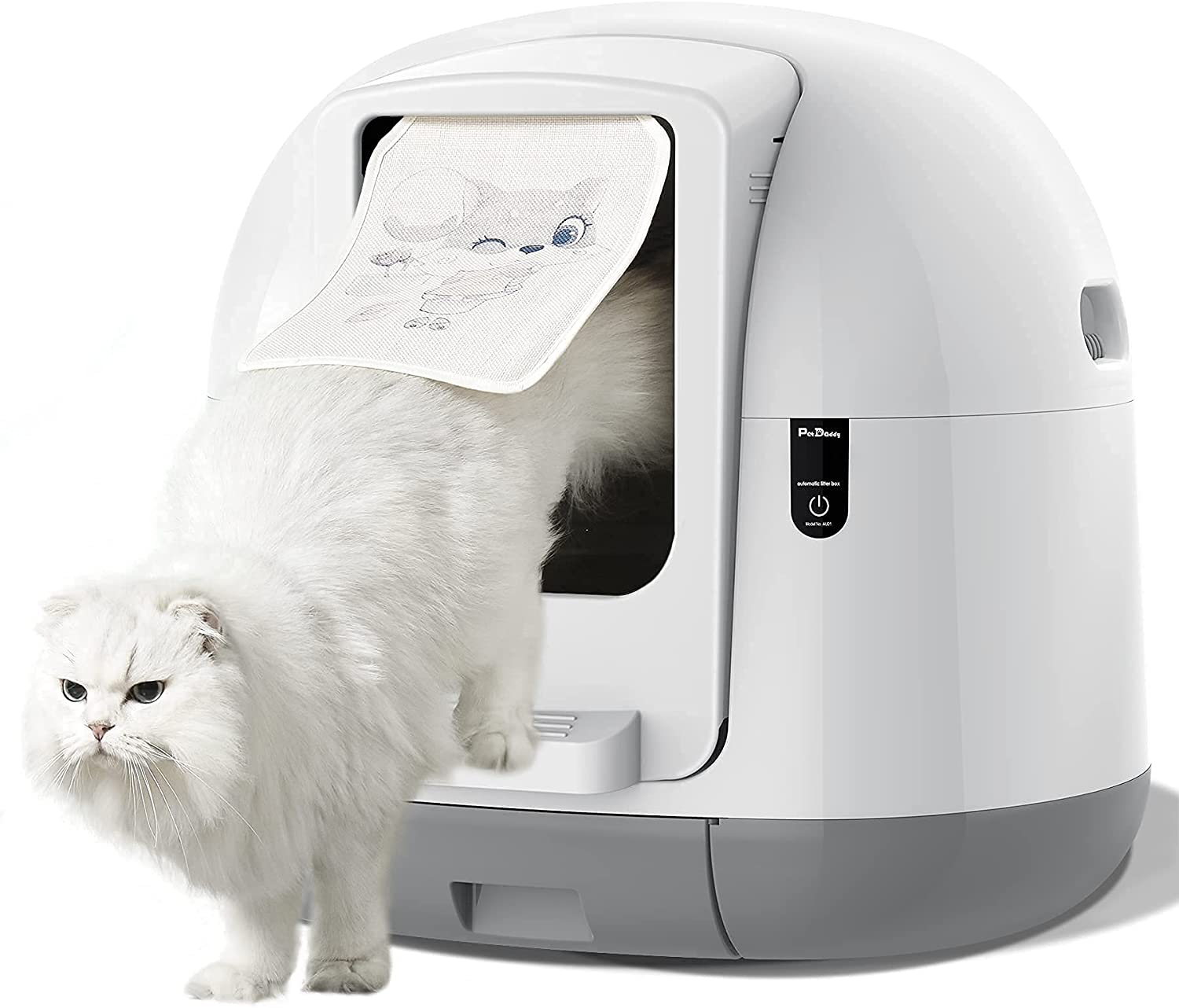 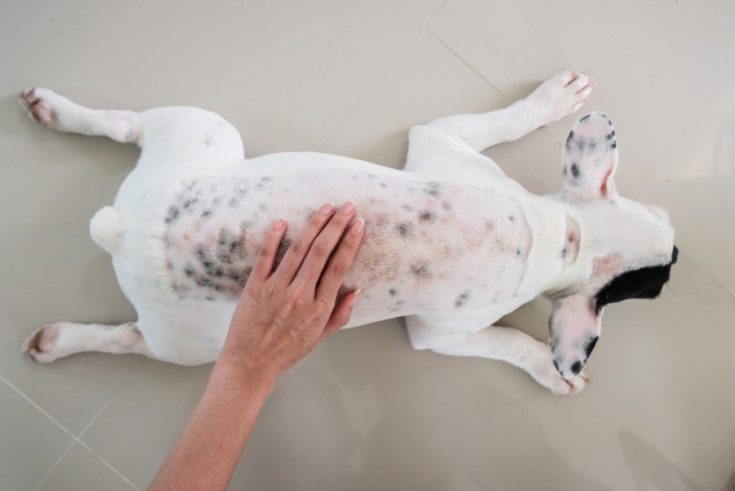