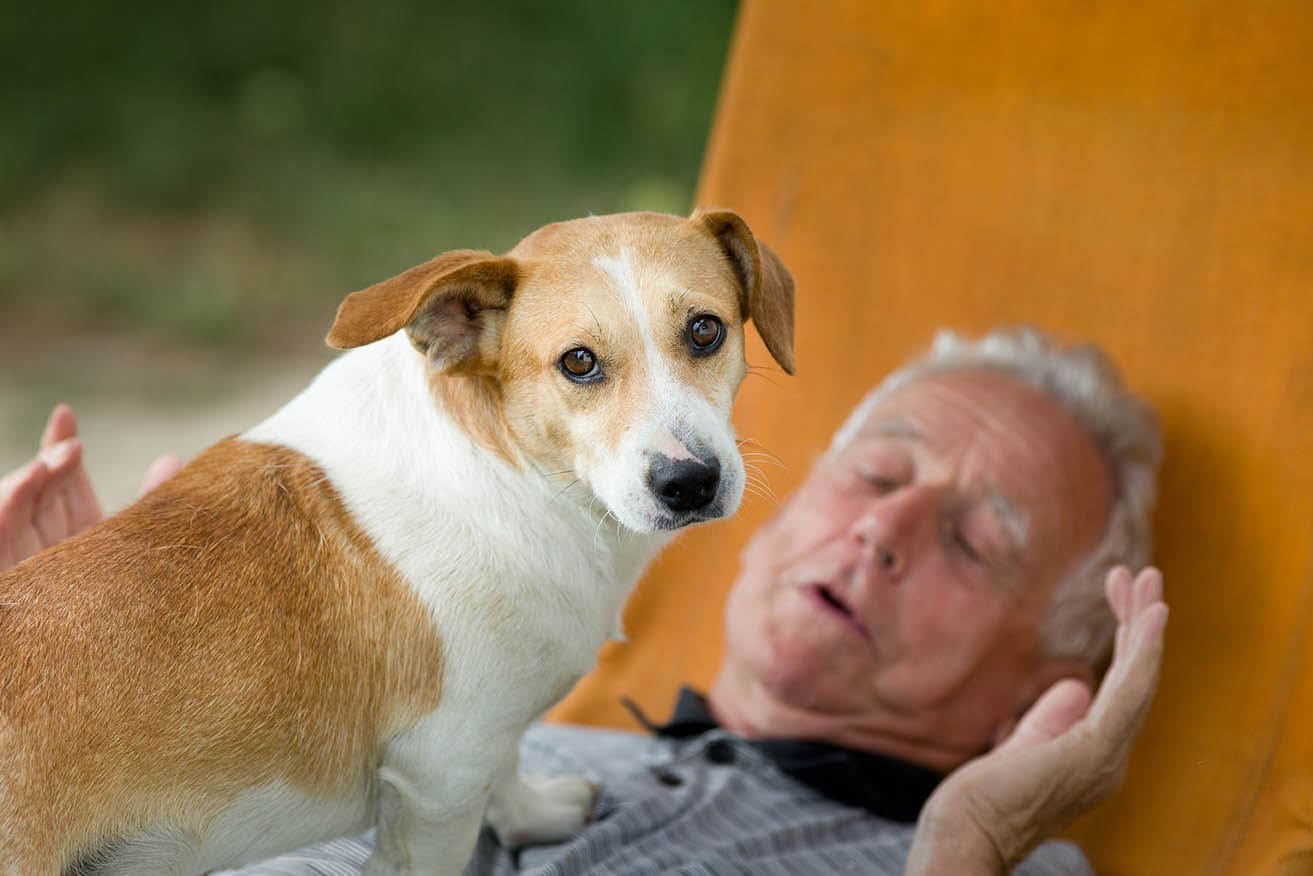 Dogs and humans share a unique bond. They can read our emotions. They know when we’re not feeling well or happy. It’s no wonder then why we can communicate on so many levels. Sometimes, it’s by their expressions. Other times, dogs vocalize what’s on their minds. Standing on you is just another form. While getting your attention is the primary reason, the motivation varies.

Bear in mind that dogs have limited means to communicate with us. Some may seem odd, such as standing on you. Many ways are more familiar to us because we may share our feelings similarly. Think of some of the words we use to show how someone is speaking, such as barking, growling, and hissing. After all, our brains are not that different from our pets.

Contrary to popular belief, standing on you isn’t necessarily a dominant gesture, as one may expect to see with alpha wolves. Our relationship doesn’t exist on those terms where it needs reinforcement. Even wolves have a much more complex relationship with one another where describing behavior in this way is too simplistic.

The 7 Most Common Reasons Your Dog Likes to Stand On You Are:

One reason your pet may stand on you is to tell you that it’s ready for playtime. Over time, your pup has probably figured out that it’s an excellent way to get your attention. It may even bring along one of its toys to make it evident.

Other times, standing is a way to let you know that it’s time for a walk, especially if you have a regular schedule. In this case, it’s not a bad thing if it’s how it does its business instead of you letting it outside. Again, it’s a gesture that makes sure you know what’s in its head. After all, how can you possibly ignore it?

Perhaps one of the more common reasons is that your pup is hungry and wants you to feed it. Your dog’s stomach is the timekeeper, alerting it—and then you—that it’s time. We think it’s a good thing, too. It’s a quick way to know that your pet has a healthy appetite. We’d be more concerned if it didn’t remind us about the time.

Part of the bond you share with your dog is your role as a protector. You provide it shelter and food. When your pup is feeling under the weather, it may turn to you and try to get as close as possible. It works the other way, too. If you’re sick, your pet might try to play nurse and stand on you to return the favor.

Let’s face it. Some dogs are more clingy than others. It’s just their personality. Contrast that with pups that are more aloof, such as a Chow Chow. It’s also a function of how you raised your pet. If you constantly held it as a puppy, it will likely keep wanting that same closeness, even as an adult.

A dog may stand on you simply because it wants to be near you. Your touching reinforces the bond you two share. Remember that it’s an essential part of canine communication. While it may have a motive, many times, your pup just wants that closeness.

Sometimes, it’s just an old puppy habit that never went away and stuck with your pup when it became an adult. You probably thought it was cute when it was a puppy. You may have even encouraged it. While that’s all well and good for a Yorkshire Terrier, it isn’t as adorable with your Irish Wolfhound. Dogs are quick to pick up on associations. If you rewarded it when it was young, it’ll likely keep doing it.

The key to stopping the behavior is to do it gently. Remember that the reasons behind its standing on you are pretty benign. It’s not trying to be mean or dominant. Instead, it’s acting out its role in your mutual relationship. If your pup starts to make a move toward you, try distracting it by tossing a ball or other of its toys.

You can also try the age-old method guaranteed to work—treats. If your pup puts a paw on you, coax your pet to go to its bed or just someplace else. Then, give it its reward for doing what you want it to do. It won’t take long before your pet figures out what you want from it.

Final Thoughts: Dogs Standing On You

Dogs have many ways of communicating with their owners. It’s part of what makes having a pet so rewarding. Many of us encourage this behavior. Sometimes, your pup will take the lead and take matters into its hands. If you prefer it didn’t, you can train your pet to find other ways of telling you what it wants. Just keep in mind that standing on you is its way of doing it.

What Does “Crossing the Rainbow Bridge” Mean for Pets?

Why Does My Dog Like to Lick My Legs So Much? 6 Reasons for this Behavior