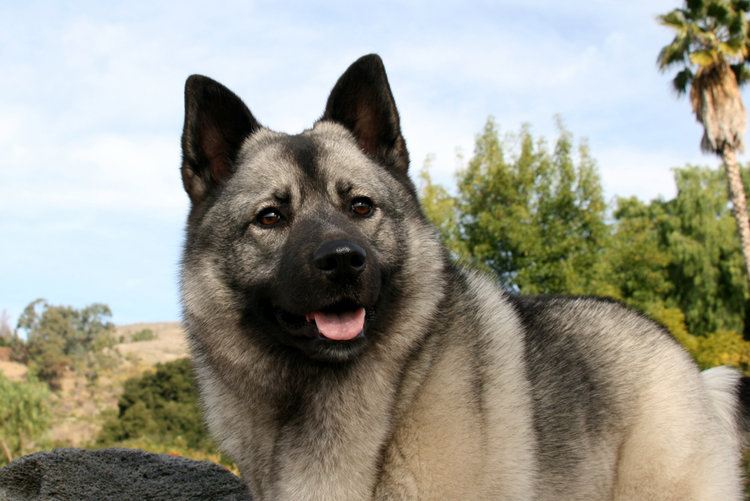 The Scandinavian region is part of northern Europe, which is universally known to consist of two countries: Norway and Sweden. Yet some argue that other areas, like Iceland, should be considered Scandinavian for geological reasons. No matter the actual landmass of Scandinavia, there are several dog breeds known to originate from the area.

Scandinavian dogs are typically hard-working and loyal, and they’re efficient when it comes to handling tough terrain and extreme weather conditions. Many Scandinavian dogs were bred to hunt wild animals and manage domesticated livestock. Not all family situations are appropriate for these active dogs.

This is a breed that is native to Denmark and has been around for hundreds of years, guarding large estates against intruders. But they’re docile with family members and get along well with kids and other animals. The Broholmer faced extinction at one point, but a well-meaning group of enthusiasts helped save them. These dogs are rare today, but they thrive in family, farm, and hunting environments in some parts of the world.

These dogs are probably the most popular Scandinavian breed around the world. They’re still referred to as Finnish Lapphunds by most people, although their name was officially changed to the Finnish Lapponian in 2015. These dogs were originally bred to herd and protect reindeer, but today, they are enjoyed as pets in a variety of family situations. They love spending time with human family members and enjoy meeting new people and dogs when the opportunity arises.

This is the only recognized native breed of Iceland. It’s thought that Viking settlers brought them to the island during their initial visits to the area. Icelandic Sheepdogs were bred to protect livestock that would roam freely along harsh landscapes. They’d also be used to herd animals during harsh weather or when culling time would come around. They’re extremely athletic and have a great deal of stamina, so they look forward to work, walks, or playtime daily, no matter where they happen to be living.

While not well known, these dogs were used as bird finders and would alert their hunting leaders when they’d find birds hiding in the trees. The Finnish Spitz loves to bark, even when they’re inside spending time with family members. So, don’t expect much quiet time unless everyone (including the dog) is sleeping! They love to run and play, and daily exercise will help mellow out their talkative attitude throughout the day.

This ancient breed from Finland was mostly used to help hunt big game. These are big dogs that tend to be territorial, so they should be trained for obedience and socialization from a young age if they are to live in a family environment. They don’t necessarily get along with other animals, but they are loyal to their human family members, even the younger kids. The average Karelian Bear needs a good hour of exercise or work every day to thrive.

Originating from Norway’s remote islands, the Norwegian Lunehund was bred to hunt and track down small birds and their eggs. These dogs have amazing flexibility skills — they can touch their backs with their chins if they want to! Norwegian Lundehunds can traverse wild terrain and cliffsides easily, thanks to the six toes that grow on each paw. They love to dig in the ground and solve problems, so as a family dog, they should have access to a fenced yard with a sandpit and a great deal of fetch time.

Dogs that resemble the Norwegian Elkhound have been identified in Norwegian mythology, leading scholars to believe that they have an obscure ancient history. These dogs hunt big game animals such as elk, which is how they got their name. Although skeptical of strangers, Norwegian Elkhounds love spending time indoors with their family members when they aren’t outside working. They have a thick coat that sheds year-round and requires daily grooming.

Most believe that the Swedish Vallhund is a distant cousin of the Welsh Corgi. This is one of many breeds that are thought to have been introduced to the Scandinavian area by the Vikings at some point. Bred to herd animals on the farm, these little dogs tend to show their instincts in the family home. They’re alert while at home and won’t hesitate to bark when strangers get too close to their property. These loving dogs tend to make great companions for families of all shapes and sizes.

This is one of the most fun-loving and even-tempered dogs that originate from the Scandinavia area. Their sweet and affectionate attitude makes them amazing pets for families with young children. But they aren’t lap dogs; they need long daily walks and plenty of time to spend outdoors playing, whether with kids, other dogs, toys, or you. But the Norwegian Buhund is also independent, so they need to begin obedience training while they’re still puppies to ensure proper behavior as they age.

Every dog on our list is impressive in their own right. These are all hard-working dogs with intelligence that requires stimulation on a daily basis. Whether you live on a farm, in a large house with a big yard, in a small house with no yard, or even an apartment, you’re sure to find a Scandinavian dog breed that will fit in with your family environment. Are you familiar with any other breeds on our list? What is your favorite Scandinavian dog breed pick for families? Let us know about your thought in our comments section below. We’d love to hear from you!