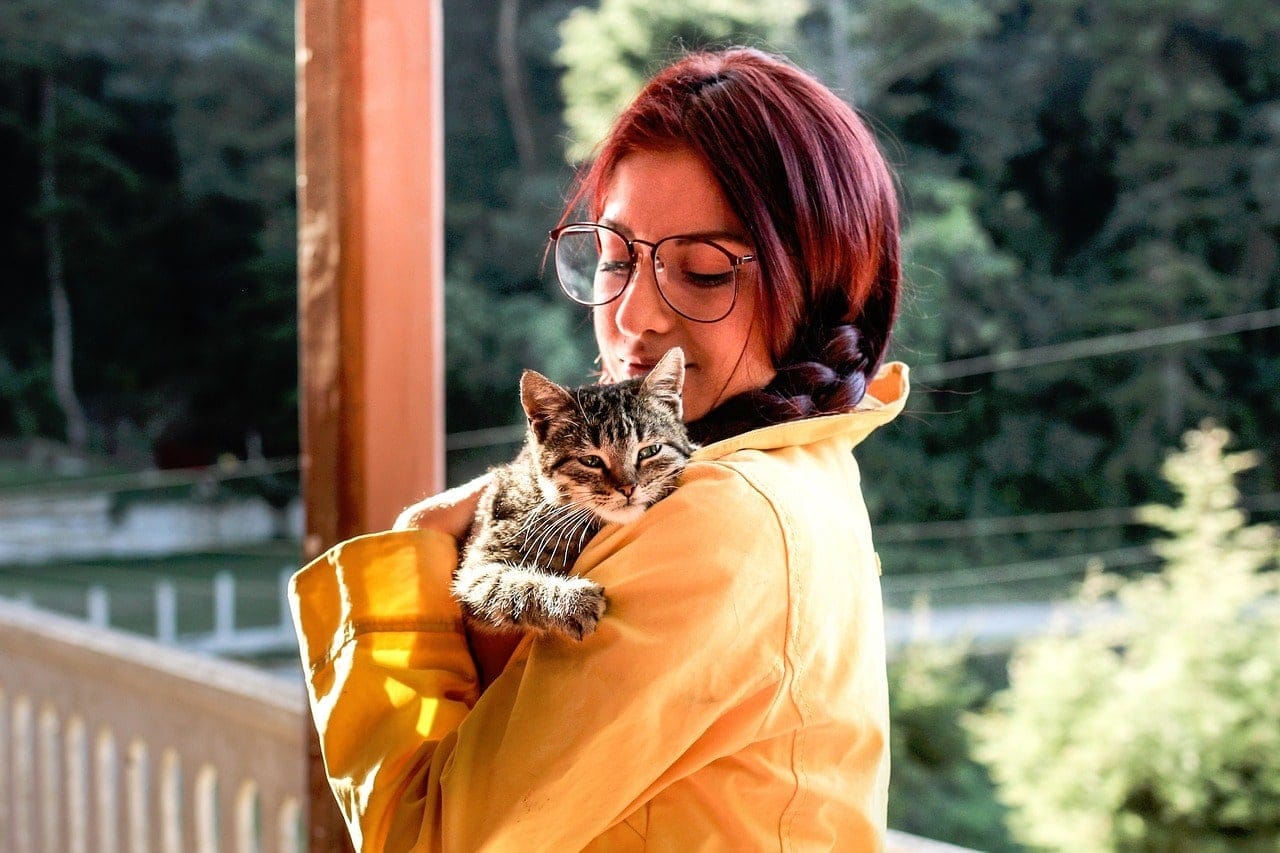 If you have cats and teenagers, you have probably picked up on several similarities between them. Sure, the main thing that’s similar is that we love and care for both of them very much, but there are several other similarities as well that are fun and enlightening to expose and discuss. Join us while we take a look at several similarities between cats and teenagers that you might not have thought of before to see if you agree and can add any to our list.

12 Similarities Between Cats and Teenagers

1. Don’t Clean up After Themselves

The first thing you are likely to notice is similar between cats and teenagers because they both enjoy making a big mess and leaving it for someone else to clean up. Cats will often pull out all their toys only to leave them around the floor, forgotten. They kick litter all over the house and often vomit hairballs wherever it’s the most difficult to clean up. Teenagers will leave their clothes all over the floor, along with empty food wrappers, video game cases, and other junk. The only upside to teenagers is that the mess stays in their room.

Another thing similar to both cats and dogs is that they are often quite rude and make demands with little regard to if you have other plans. Cats will often wake you up at night or sit down on your keyboard or newspaper to demand your attention. Teenagers also frequently need rides at the worst possible time and will keep you up at night playing loud music or video games. Both cats and teenagers have no problem getting sassy.

3. They Think They Are Smarter than You

Teenagers have all the answers and consider us dinosaurs that the world left behind, so any knowledge that we have is outdated and useless. Little do they know that it also stays the same for as much as the world changes, and parents are usually better equipped to take on the world than a teenager. Cats are very similar and pay little attention when we tell them to stay off shelves or countertops and often find themselves in jams due to their insistence on doing things their way.

Cats and teenagers are always looking for food. Cats often wake you up at night for a quick treat and can be relentless in their pursuit of food. Similarly, teenagers will quickly eat you out of the house and home if you don’t put down some rules. You can already assume there isn’t any cereal, soda, pizza, or snacks left for you to eat unless you’ve carefully hidden some away.

Cats and teenagers are both attention seekers and believe they are the center of the universe at all times. They demand your undivided attention and will not tolerate you ignoring them. Cats will often stand in the way of your television, and as we mentioned earlier, will sit on your keyboard or newspaper, so you need to pay attention to them.

6. They Stay Up All Night

Both cats and teenagers are nocturnal and will spend plenty of nights keeping you awake with their antics. Cats enjoy running around the house during the early morning hours, especially if you have stairs, while the teenagers will have the television or radio going until just before you are supposed to wake up. Then after they have disturbed your sleep, they will spend most of the afternoon sleeping.

Cats have a litter box that they will use at all hours of the day, and it can get quite smelly depending on what food they are eating. Teenage boys are also notorious for creating the locker room smell, but they can also overdo it by experimenting with the Axe Body Spray and other fragrances. Adolescent girls even often overdo it with perfumes on their bodies and in their rooms.

8. Difficult to Communicate With

Sometimes it seems harder to talk to a teenager than a cat. Both seem to have a similar expression on their face when you are talking to them, and neither will be able to repeat a word back to you. If you tell a joke, they will not laugh.

Both cats and teenagers will exhibit a lot of strange behaviors that are difficult to figure out. My son would sit in the house under blankets complaining he was cold, but wear shorts and a sleeveless shirt outside in the winter, swearing he was warm. Our cat hisses at her self-portrait.

10. Fight with Each Other

If you have more than one teenager or cat in your home, you will need to prepare yourself for some fierce fighting from time to time. Siblings often fight about everything, especially if they are close in age, and cats are notoriously territorial. They don’t like company, especially when they are surveying the area or it’s their turn to watch for birds.

11. No Regard for The Effort You Put In

Neither teenagers nor cats spend one minute thinking about the time, effort, and money you put into them to keep them healthy, happy, and safe. In fact, they will often treat you like you don’t do enough of those things.

12. They Capture Our Heart

As we mentioned early on, few people can deny that the happiness teenagers and cats bring to our lives makes all of the difficulties worth it. Watching your children go off to school or get married are big events that we can be proud of because we helped make them the people they have become. Cats improve our lives every day by showering us with love and keeping us entertained with their antics. Cats are regular people in our family, and it’s likely they are in yours too.

Related Read: How To Show Your Cat Love Over The Holidays

There is an amazing number of similarities between cats and teenagers that you may not have considered before. Some things, like their insatiable hunger, can be quite expensive, while others, like messy behavior and constant squabbling, can be quite annoying, but all are forgotten in the end.

How to use a styptic powder to stop kwik?

Are Gardenias Poisonous To Cats? Keeping Your Cats Safe