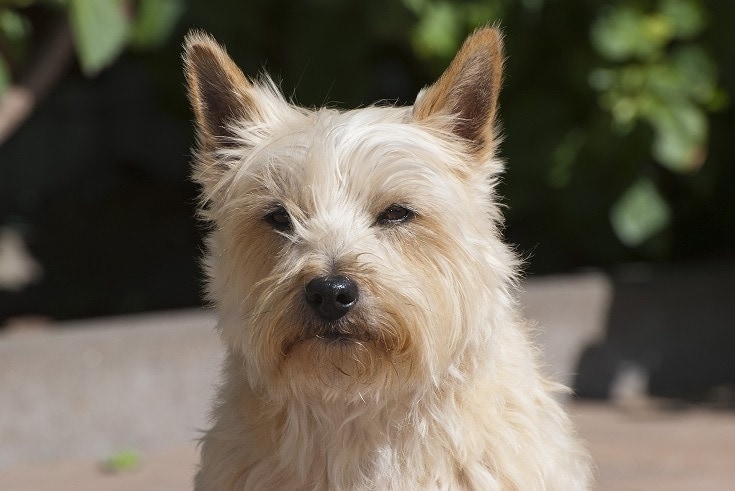 When you think about how much time and money many people spend trying to achieve the perfect tan, it doesn’t seem fair that some dogs come by a perfect shade of brown so naturally.

That’s the case for the dogs on this list, though, as they keep their coats nice and golden all year long with minimal effort.

It’s OK to be jealous — just remember that no matter what you do, you’ll never be as cute as they are.

This little Toto dog comes in just about any color except white, but it’s best known for being light brown. Cairn Terriers are rough and tumble little pooches, and they love to spend a lot of time wrestling, playing games, or otherwise exercising.

Bred to be a hunting dog, Patterdale Terriers love to spend all day being active, so they’re not ideal for apartment dwellers or couch potatoes. They have short brown coats that require little grooming, so the playtime will rarely have to stop for you to get the brush out.

This newfangled designer breed is a mix of the Golden Retriever and the Poodle, so it makes sense that the color would even out somewhere in the vicinity of “tan.” Goldendoodles are non-shedding with hypoallergenic coats, making them great companions for owners with allergies.

Ok, so the Saint Bernard isn’t completely tan, but there’s enough tan on its body to make up an entire smaller dog. The rest of the coat is a mix of black and white, and it all fits together to make one of the cuddliest, most adorable creatures on the planet.

The Galgo Espanol (a.k.a. the Spanish Greyhound) is a long, lean running machine. They’re not quite as fast as their American cousins, but they’re extremely nimble. They come in a wide variety of colors, but tan is one of the most common.

This droopy-eyed dog often has a mixture of tan and white in its coat, but its ears are usually tan, and that seemingly accounts for most of its body mass. Bassets are good for less-active owners, as they’ll do just about anything to get out of a day’s work.

The Boxer is another breed that usually has quite a bit of white in its coat, but that white is usually overshadowed by a rich tan coloring. The good news is that you should get a nice, up-close view of its markings, as this breed loves nothing more than to jump on you and lick your face every time you come home.

Dachshunds come in just about every shade of brown you can imagine, including a rich chocolate color that’s most often associated with the breed. They’re also one of the funniest-looking dogs on the planet, so maybe we can put them in the spray tan division?

Technically, Rotties belong in the black and tan category, but the tan markings account for so much of the breed’s expressiveness that we felt they deserved a spot on this list. Plus, look at these dogs — are you going to tell them they’re not allowed? We didn’t think so.

Akitas often have light tan coloring on top of their bodies with a plain white underbelly and chest. Their tails look like a swirl of the two colors, as it tends to loop over on itself. Regardless of which color is more dominant, they make great guard dogs — and need lots of training as a result.

Nothing Beats a Good Tan

The pups above all seem to recognize the importance of looking your best, and some of the most adorable breeds are represented on the list.

It’s important to acknowledge that being tan doesn’t make them better than other dogs — but then again, it certainly doesn’t hurt.