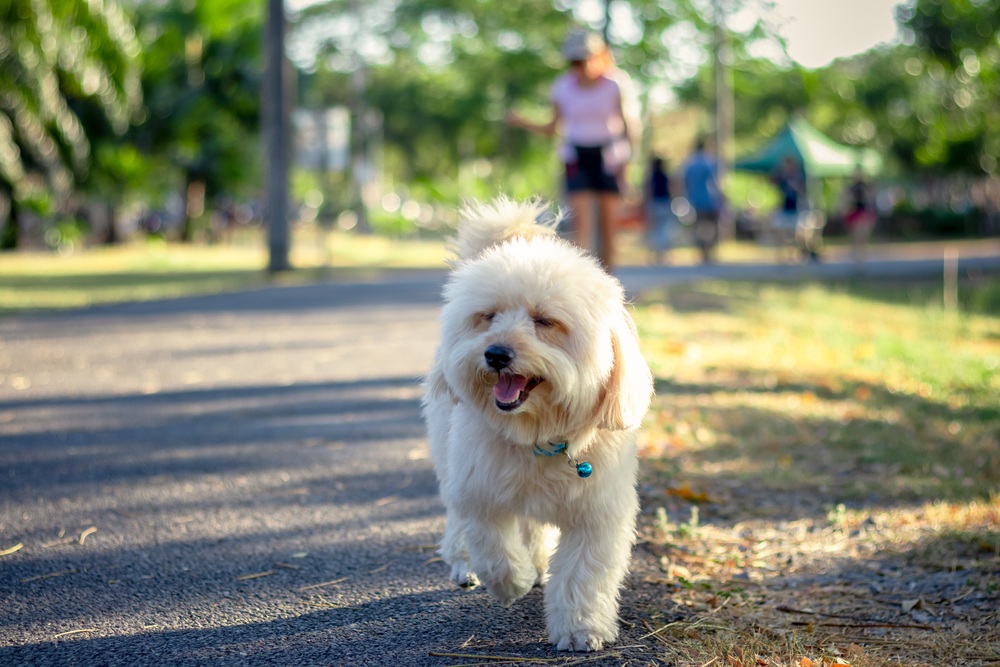 The combination of the spirited nature of the Australian Terrier and the intelligence of the Poodle comes together in an adorable way with the Terri-Poo. His cute brown eyes and button nose are sure to attract individuals and families looking for a low-shedding dog that loves to play. This hybrid is an excellent choice, whether you’ve had pets all your life or are trying it for the first time.

There’s a lot of energy in this small pooch. The Terrier in him adds confidence and affection, while the Poodle brings athleticism and a love of the water into the mix. Most often, you’ll find the Miniature Poodle instead of the Toy or Standard variations. That makes the Terri-Poo a suitable choice for apartment dwellers who can provide enough exercise for this friendly pup.

Terripoo Puppies – Before You Get One…

It’s essential to research the breeds in a hybrid to give you an idea of what to expect from your Terri-Poo. That is the single best way to ensure a compatible match. Both parents have traits that you should know before you invest the money and emotions in a new pet. Bear in mind that genetics is like a roll of the dice. You won’t know which characteristics will show up in your dog.

Terri-Poos cannot tolerate being alone for long stretches. They need attention. He isn’t a dog that you leave in the crate all day while you’re at work. Separation anxiety is not something you want to deal with when owning a pet.

The Terrier in him has a strong prey drive, which isn’t unexpected. His job was hunting pests like rodents and snakes. However, he is also a family dog with only a moderate wanderlust tendency. Calling the Terri-Poo spirited is a polite way of saying he is an active pooch. On the flip side, he loves to play and will be ready for a game of fetch at any time.

1. The Australian Terrier is the result of selective breeding of several dogs.

The climate of Australia is challenging, even for the most formidable of people to say nothing of their canine companions. The Australian Terrier is the product of years of selective breeding with several breeds, such as the Yorkshire Terrier and Dandie Dinmont Terrier to have what it takes to handle the punishing conditions of the Outback.

2. The Poodle is a hunting dog that is part of AKC’s Non-Sporting Group.

The irony of the Poodle’s placement in the Non-Sporting Group is that the breed’s original purpose was for hunting. It helped that the dog loves water. They’re also one of the smarter pooches you’ll find. That’s part of what makes the Terri-Poo so easy to train. He gets it. The breed is also quite agile and well-accomplished for tasks that have put the dog on the circus circuit.

3. The Terri-Poo can handle all climates.

The history of both the Australian Terrier and Poodle gives the Terri-Poo what he needs to handle whatever the weather throws his way. The cold environment of the Poodle’s native Germany gives him a tolerance for cold, while his Aussie background prepares him for the heat.

Temperament & Intelligence of the Terripoo 🧠

Intelligence is the proverbial double-edged sword when it comes to the Terri-Poo. On the one hand, it makes him easier to train. On the other hand, it emboldens him and makes it easy for him to get bored. You’ll have your best luck working with him if you challenge him. He has the smarts to figure out what you’re trying to teach him.

The Poodle in him is quite people-oriented. It is one breed that would prefer being with humans instead of other dogs. That speaks to his overflowing affection for his family. You know this dog loves you.

Are Terripoos Good for Families? 🏡

Terri-Poos are excellent family dogs. A look at the history of the parent breeds provides some compelling evidence to support that statement. Australian Terriers lived close to their families, whether at the sheep station or the waterfront. It was a lonely life sometimes, which help to foster strong bonds between the dogs and their owners. That makes them loyal pets and excellent watchdogs.

The love that Terri-Poos have for their families is evident. As long as the kids are gentle and respectful of their space, all is well on that score, too. They are cautious with strangers, which is natural for a pooch bred as a watchdog.

Do Terripoos Get Along with Other Pets? 🐶 😽

Likewise, the Terri-Poo is not as buddy-buddy with other pets in the household. That’s not unusual in a dog that has a tendency toward separation anxiety. He’s not going to tolerate other canines on his turf that can keep you from giving him all your attention.

Things to Know When Owning a Terri-Poo:

We’re certain that you want the best for your Terri-Poo. That means understanding his particular needs, which may vary with other breeds or hybrids. Knowing what they are, goes a long way toward a better relationship with your canine friend and healthier life for him. Some follow into the category of general advice for pups of his size and temperament.

The Terri-Poo is a relatively small breed, judging by his adult size. Like other dogs of his stature, his metabolism is quicker, and he matures faster. That directly impacts what his recommended caloric intake is and, thus, the food that he should get. You should feel your puppy small frequent meals to ensure that his blood sugar stays stable.

We suggest regular mealtimes, after which, you take up the foods after feeding him. That will teach your pup to eat his meal promptly. That will also help you monitor his eating habits better. Larger breeds can skip a meal without causing alarm. For the Terri-Poo, that’s a problem. Small dogs can’t go too long without eating.

The Terri-Poo is likely to take care of his exercise needs without much help from you. He is active and always ready to chase a squirrel or thrown ball. If you live in an apartment, you must make daily walks a part of the routine. The hybrid has a moderate tendency toward weight gain. The greater concern is him getting bored and taking out his frustration on the living room couch.

The Terri-Poo toes the line of agreeable between stubbornness and an eagerness to please. Sure, he’s smart enough to figure out what you’re trying to teach him. However, he has just enough willfullness to make you work for it. His watchdog background means that he may bark inappropriately. That will also make early socialization crucial in his upbringing.

The Poodle side of the Terri-Poo brings a low-shedding dog. His frequently hair keeps growing instead of being replaced each season. It also brings a dense coat that you must brush to prevent mats. Much of the time that you need to spend on grooming depends on which parent breed is dominant. We recommend checking his ears periodically and pulling the hair to prevent ear infections.

Every breed has its health issues. It’s inevitable, especially when they gain the attention and popularity that many enjoy. Unfortunately, it invites overbreeding, which increases the risk of genetic defects. This practice causes this uptick if breeders don’t refrain from dogs that have a condition with these implications. Luckily, many reputable breeders and clubs have taken charge to mitigate the problems.

Australian Terriers and Poodles have their share of health disorders. Many breed clubs have taken the initiative to reduce these risks. An influential partner is the Orthopedic Foundation for Animals (OFA). This organization provides recommendations by breed for screenings that protect the dogs, breeders, and pet owners. Many conditions that plague the Terri-Poo are part of these health checks.

The Terri-Poo isn’t different from a lot of breeds where the difference between the sexes isn’t overt. Sex-altered pets are equally affectionate and loving. If you don’t intend to breed your dog, we strongly urge you to get—or get—a neutered pet.

The Terri-Poo is a sweetheart for the individual or family who can provide the love and affection that he needs to be happy. He’ll reward you as an excellent watchdog that will lavish the same on you and members of your household. This hybrid needs a job. If you can give him enough to do or the exercise to make it happen, the Terri-Poo is an ideal choice for a pet that will provide the love you want from a pet.