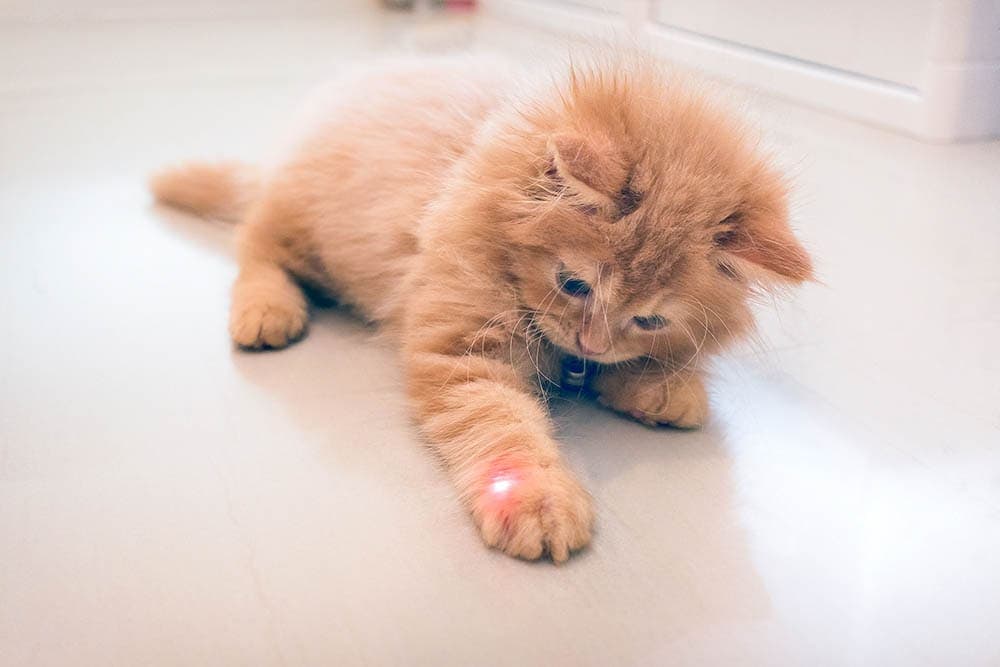 Of course, we can’t ask them why they like lasers. Some cats don’t seem to like lasers at all, which makes the situation even more complicated. Obviously, there is some room for personal preference in whatever drives cats to chase lasers.

The science is pretty sparse on this subject. There haven’t been any studies done on cats and lasers. Plus, you can’t exactly use science to figure out why animals enjoy something. It doesn’t tell us motives!

With that said, there are a lot of theories. Certain scientists have used the current knowledge we have regarding cats and lasers to try and figure out why they like them so much.

We’ll review some of the most popular theories below.

Cats may have an innate instinct to chase things that move in this manner. Therefore, when you show them a laser, your cat starts treating it like a prey animal.

Of course, not all cats chase lasers. Some may simply ignore them. How would you explain this if it’s innate?

Well, different cats have different natural drives. Just like dog breeds, certain types of cats will have different inherited instincts. Some cats have high prey drives, for instance, while others do not. Maine Coons are known for their ability to be extreme hunters. However, other breeds are not. No one is going to ask a Persian to be a master hunter.

Therefore, some cats may be more drawn to these movements than others. Cats that are genetically related may be likely to treat lasers similarly. However, this isn’t always the case. Unfortunately, there haven’t been any studies done on the genetics of laser chasing.

Cats seem to like anything that moves around erratically. They often enjoy chasing just about anything that will run from them, especially when they are kittens.

If you play with your kitten with a laser pointer when they are younger, they will likely chase it. It’s moving, after all.

After playing with it as a kitten, cats as adults may be more likely to continue chasing a laser.

On the other hand, cats who were never introduced to the idea of chasing lasers may not quite understand why you’re moving a little red light around them. They may not chase the laser simply because they aren’t as prone to chasing everything that moves as adults.

In other words, this behavior may be learned. When cats are introduced to lasers at a young age, they may be more likely to chase them. When they aren’t, they may be completely indifferent towards lasers later in life.

Of course, we don’t have any studies on this either. Furthermore, some cats may be more prone to chasing lasers in general – complicating this theory. Some cats may chase lasers no matter when they are introduced. Others may need to be introduced to them earlier. 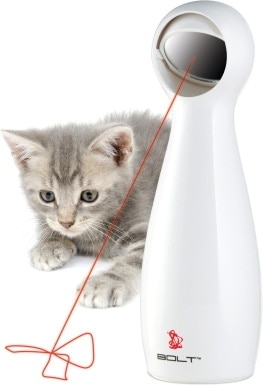 A laser may look like a small, red light to us. However, it likely looks different for cats. Their eyes are structured differently, which affects how their eyes function.

Humans have more cones in their eyes than cats do. At the same time, cats have more rods than humans do. Cones help you determine colors. The more you have, the more specific colors you can see. Rods help you sense differences in light – including movement.

Based on this information, cats aren’t quite as good at seeing color as we are. We don’t know exactly what they see. We can’t just adopt the eyes of a cat! However, it’s likely that colors are a bit more subdued. They may also see fewer shades.

They can likely see better movement, though. Their ability to detect differences at night is likely better than ours. After all, they have more lighting detectors in their eyes.

What a laser pointer looks like to them is probably much different than what it looks like to us! We suspect that the brightness of the laser makes the movement stand out much more. The color probably doesn’t matter so much. They don’t see the color – they see the movement.

Are Laser Pointers Bad for Cats?

Obviously, you don’t want to point a laser pointer directly at your cats’ eyes. The bright light can damage their eyes – just like it can damage ours. While you’re playing, you should be fairly careful about accidentally pointing it in their eyes.

Preferably stand behind your feline. That way, if they move their head between the laser pointer and the dot, the light will go on the back of their head – not in their eyes.

Some people claim that the futility of the laser game frustrates felines. They can’t actually catch the laser, of course. This fact may cause frustration.

However, there isn’t evidence that this fact actually causes distress for your feline. We don’t have any studies over whether or not your feline will experience disappointment after a game of laser. Therefore, these are just theories.

Many owners find that their cats are quite happy and tired after playing with a laser, though. It’s hard to find a cat owner that finds their cat frustrated after a game of laser tag!

Still, if your cat has anxiety or is prone to excessive frustration, this may be something to keep in mind. Otherwise, this likely isn’t much of a problem.

Is it Cruel to Play with a Laser with a Cat?

Some people wonder if it’s cruel to use a laser with a cat – since the cat can’t actually catch it.

Furthermore, cats aren’t always trying to catch something they’re chasing. The point is the chase itself. They like chasing things! Many cats could care less if they actually catch it. And none of them are actually aiming to eat the light once they catch it.

That just isn’t how their brains work.

Cats will chase prey animals in the wild without actually being hungry. For instance, domestic cats don’t always eat the birds they catch outside. In fact, many of them don’t. It seems that many cats are simply chasing things to chase them – not to actually catch and chase them.

While some cats may be frustrated after playing with a laser, we expect that most don’t feel anything but stimulation, which is a good thing.

No. Cats like to chase lasers just like any other toy. However, they don’t make them go crazy in any real sense of the word.

The cat may seem to be a bit obsessed with the laser point while they are playing with them. However, cats aren’t going to develop a psychological condition because they chase lasers.

Cats like lasers for the same reason they like other toys. The erratic movements make the cat’s chase instinct kick in, which causes them to chase the laser. It’s important to understand that cats aren’t necessarily trying to catch the laser, though.

They simply like to chase things! And lasers give them that opportunity.

Some learned behavior may go into this as well. Kittens are likely to chase anything that moves. That’s just how they work. Therefore, they are very likely to chase a laser pointer. When they get older, these cats may continue to recognize the laser as a toy and chase it.

Cats without any experience with lasers may not recognize it as a toy – and, therefore, may completely ignore it.

They may even be able to see the light flashing off the laser. Some lasers may be more enticing due to their fast-blinking nature. 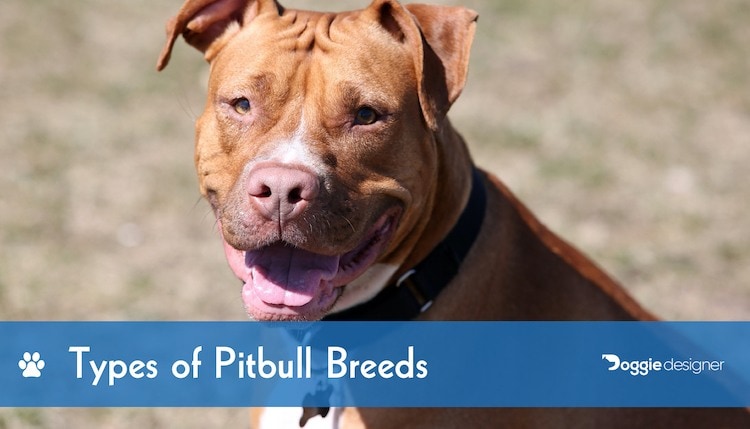 13 Types of Pitbull Dog Breeds and Their Differences 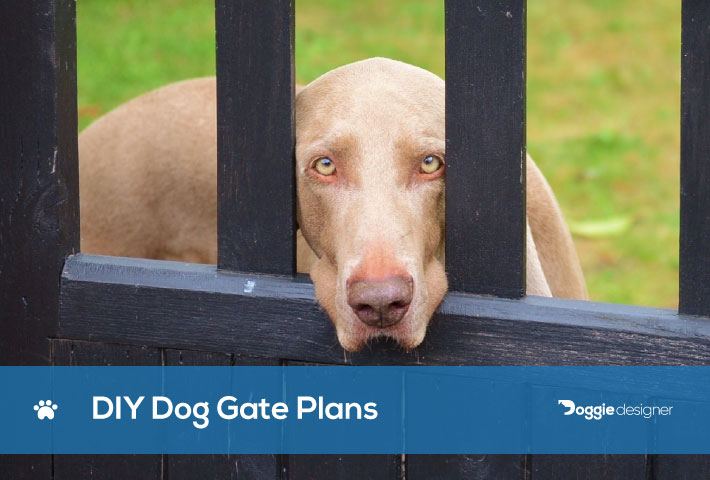 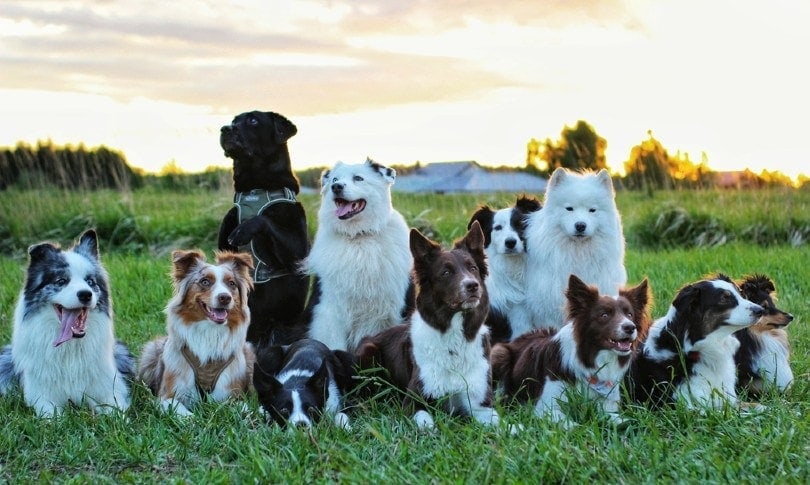 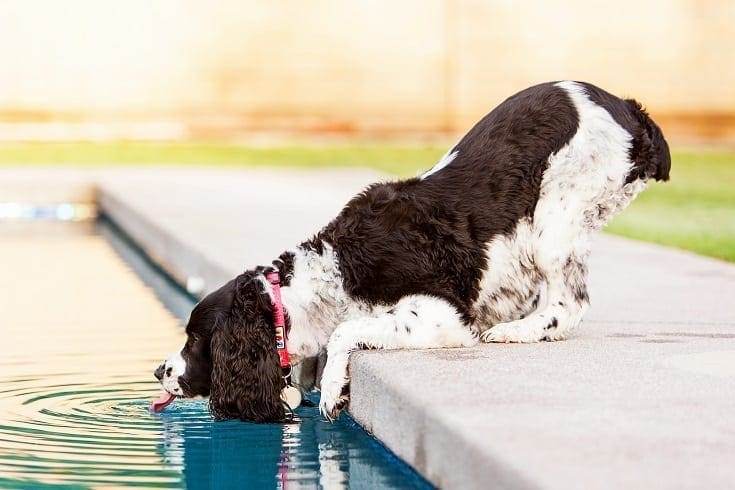 My Dog Drank Pool Water! Here’s What to Do (Vet Answer)