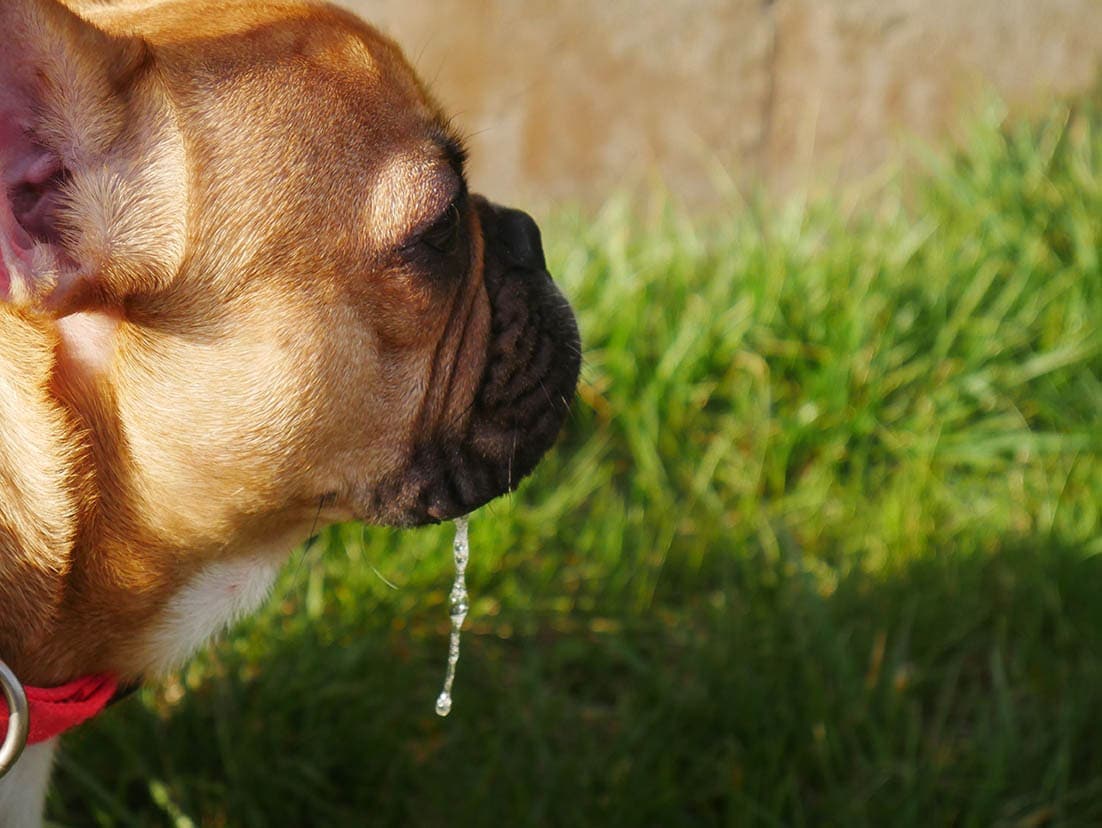 There are few things in life as fun and rewarding as a puppy playdate. You get to watch your dog interact with other pups, running around and sniffing everything. But why is your dog drooling so much?

If your pooch tends to open up the floodgates every time another dog is around, there could be a few reasons for this. We look at the most common reasons for this behavior and give you a few suggestions for curbing it. So why do dogs drool around other dogs?

The 8 Reasons Dogs Drool Around Other Dogs:

Meeting new people can be stressful, and your dog isn’t immune from this stress just because they’re being introduced to other dogs.

Think about all that’s happening when you take your dog to meet a new friend. Your dog has to play nice, explore a new area (and all the smells that go with it), say hi to all the people there, and keep an eye on you as well.

It’s a great deal to take in, so it makes sense that your dog could lose track of their ability to corral all their slobber. Excessive drooling is one of the most common signs of stress, so you may notice your dog drooling at the vet, when it’s time for a bath, and in other tense situations.

There’s not really anything that you can do about this in the short term other than calm your dog down or remove them from the stressful situation. You should be careful, though, as all that stress could cause them to lash out at the other dogs. You may want to leave sooner rather than later.

Over the long term, you may be able to cut down on the drooling by better socializing your dog so these sorts of situations aren’t so stressful for them. Socialization is good for dogs regardless, so it will be time well spent even if you never shut down the drool factory.

This may seem like this is the same thing as stress, but anxiety has a different root cause. In fact, when it’s related to other dogs, it could be separation anxiety.

We think that it’s natural to take a dog away from their family at a young age and bring them into our home, and for the most part, it is. However, when you take them away from their brothers and sisters and leave them alone in a big, empty house all day, they understandably get lonely.

Being around other dogs can trigger the instinctual need to be around their mother or other family members. This can be especially powerful if the dog was weaned too early.

To solve this, try to treat the underlying separation anxiety. Give them plenty of positive reinforcement every time you leave the house, tucker them out before you go, and most importantly, lavish them with love and attention every chance you get.

If you’ve ever seen a movie with a vicious dog in it, there’s a good chance that the filmmakers got a closeup of the animal growling and barking, with spittle flying everywhere.

If your dog is snarling, barking, trembling, or simply standing there motionless, they’re probably terrified. That’s bad news for everyone involved, as that makes them far more likely to lash out at one of the other dogs (or their handlers). You should remove your pooch from the situation right away.

There may be a reason for your dog’s fear, such as having been attacked by another dog earlier in their lives. It could also simply be due to a lack of socialization.

Either way, more socialization (and possibly medication) is the answer, but if the problem is bad enough, you may not be able to take your dog around other dogs.

When dogs become sexually excited, they may start to drool. You may notice other behaviors too, like howling, crying, or whining.

Your dog may do this when they’re close to other dogs, such as at the dog park, or it may be just because they caught a whiff of another dog down the street.

This is one of the easiest problems to solve: Get your dog fixed. Not only will it stop this drooling, but it can also help your pooch live longer and prevent unwanted puppies from coming into the world (and possibly entering the pound).

If you don’t want to get your dog fixed because you’re planning on breeding them, your only option is to deal with the slobber.

It’s true, dogs can be jealous. You’ve no doubt encountered this jealousy if your pup has ever seen you petting another dog and decided to horn in on the action.

If your dog doesn’t appreciate you being around other pups, they may start to drool as a result. They may also become especially clingy or try to “guard” you, and they’re more prone to aggressiveness as a result.

While the fact that your dog is jealous of you giving away your attention may seem sweet, this behavior shouldn’t be encouraged.

If the other dog is a stranger, you should lavish more attention on your own pet. You may also want to remove your dog from the situation if you fear that there may be violence. Beyond that, you should seek the advice of a professional trainer.

If your pup is jealous of another dog that you own, it’s important that you treat them both equally: Give them the same amount of food, treats, and love. Also, don’t let the jealous dog steal your affection from the other; if they try to do so, simply ignore them or remove yourself from the area.

Dogs don’t have great poker faces (or poker tails, for that matter). They’ll let you know when they’re mad, sad, or deliriously happy.

A happy dog will be demonstrating a relaxed posture, a wagging tail, and a generally “soft” demeanor. They usually let their tongues loll out of their mouths as well, which causes slobber to escape in the process.

Obviously, this isn’t something that you should be worried about. Enjoy watching your dog be happy, though make sure that they aren’t running roughshod over the other pups in their enthusiasm. After all, just because your dog is happy doesn’t mean the other dog is, and it only takes one angry dog to start a fight.

7. Related to a Health Issue

Certain health issues can cause excessive drooling in dogs. Problems such as tooth decay, gum inflammation, and oral tumors can all cause drooling, as can certain organ diseases.

These issues should cause your dog to drool excessively all the time, though. If your pooch is only drooling around other dogs, it’s more likely to be one of the following issues:

Any of these issues could potentially be life-threatening, so if you think that they’re a possibility, you should take your dog to the vet right away.

The fact of the matter is that some dogs are just heavy droolers. They may drool more at certain times than others, and there may not be any rhyme or reason as to why.

This can be true of certain individuals, but there are a few breeds that are more likely to be heavy droolers than others. The usual suspects include:

That said, these dogs should be heavy droolers all the time. If you have one of these breeds and you notice that they drool even more than usual when around other dogs, you may want to investigate one of the other listed possibilities.

What’s a Little Drool Between Friends?

Your dog drooling around other pups isn’t necessarily a cause for concern, but it’s worth knowing the possible reasons that your pup is suddenly extra-slobbery. In some cases, it may allow you to avoid a fight or other unpleasant situation.

We know what you’re really worried about, though, and don’t worry: Your pooch will still have plenty of slobber left over when it’s time to lick your face later.

Check out some of our top-trending posts: 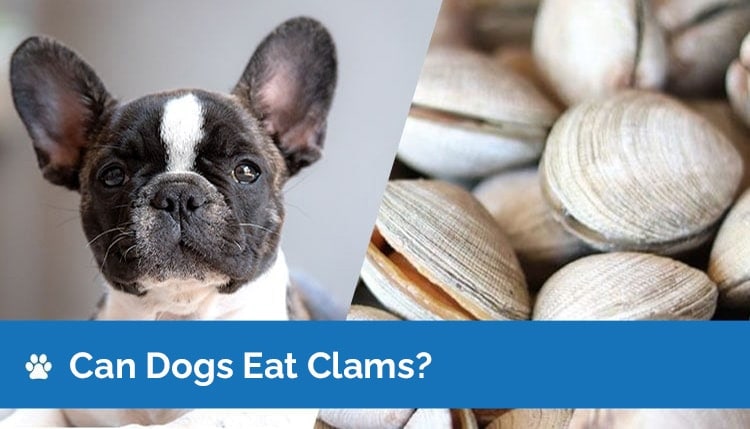 Can Dogs Eat Clams? Are Clams Safe for Dogs? 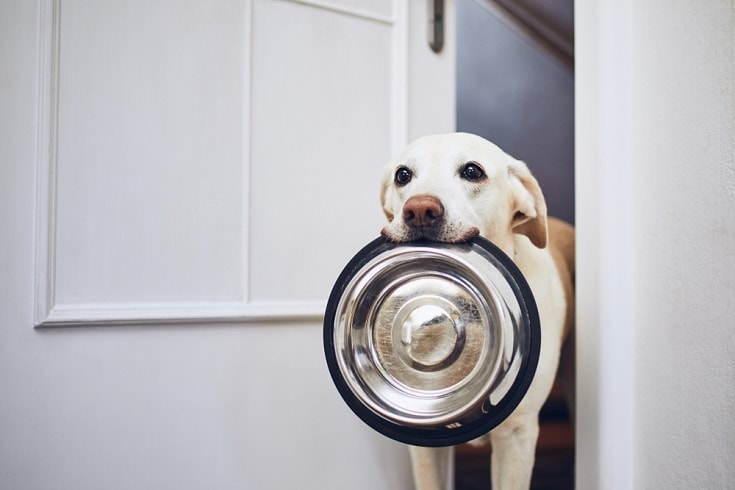 7 Steps to Stop Your Dog From Tipping Food Bowls 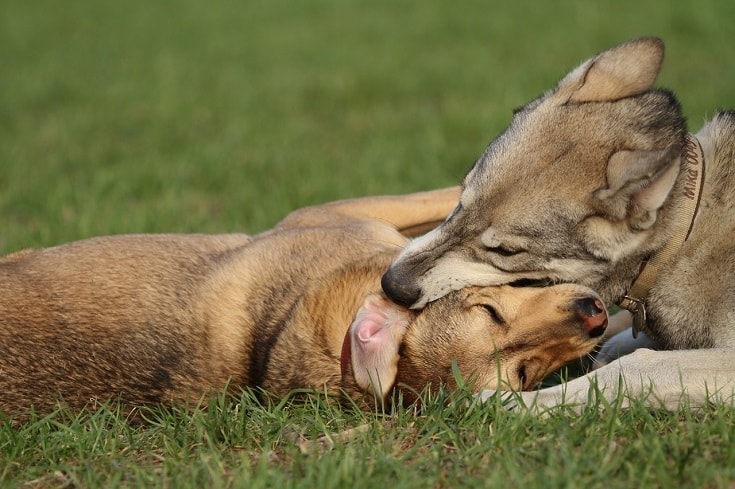 Dog Bitten by Another Dog? Here’s What to Do! (Vet Answer)