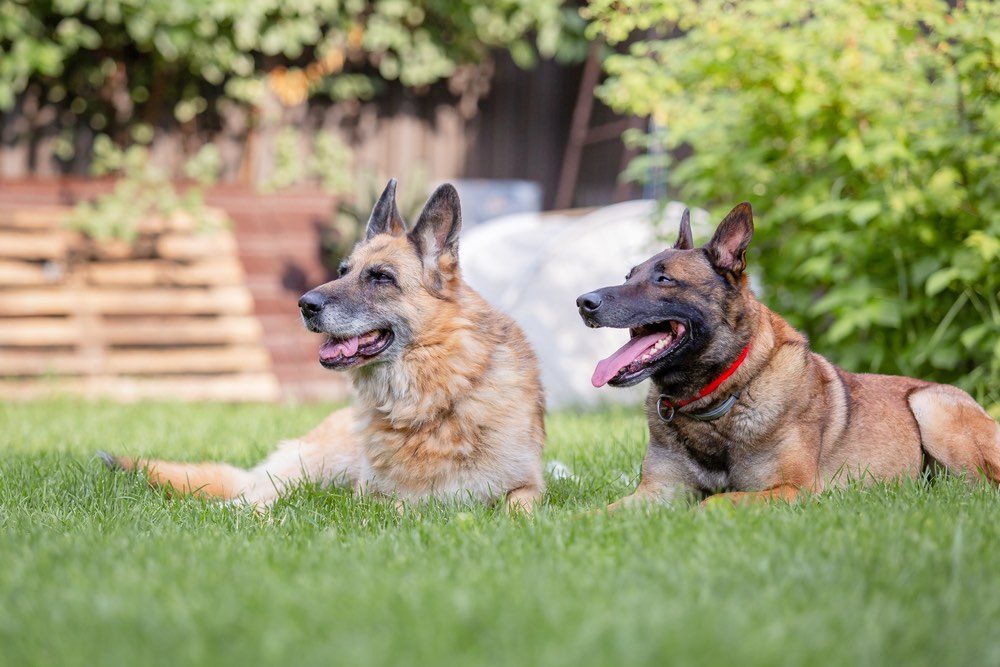 The German Malinois is a hybrid dog, a combination of the German Shepherd and the Belgian Malinois. They can also be called the Shepinois, the Belgian Shepherd, Belgian German Shepherd and the Malinois X. These dogs can be a family dog. However, they are best known for their hard work ethic and down-to-earth attitude. The German Malinois always prefers to have a job. They are much happier dogs when they can herd, participate in agility sports, become a police dog, or help in a hunt. It is useful to remember this when considering one of these pups as your next dog of choice.

German Malinois Puppies — Before You Buy…

On average, the cost of a German Malinois puppy should be around $1,000. Like any dog, this can vary depending on the breeder and the pedigree of the puppy.

The parents’ lineage has much to do with the overall price of any of their puppies. For example, the German Shepherd typically costs around $700 to $900. One that has been specially trained, comes from a pedigreed lineage, or is a show-dog variety can cost upward of $5,000.

Depending on whether the breeder is high-end, you may find yourself paying extra because of their reputation.

If you look to buy a high-pedigree Malinois, you can expect to pay substantially lower than a pedigreed purebred, but it will still be between $1,500 and $2,000.

Don’t hesitate to look into your local shelters as well. Although this is not one of the most common hybrid dogs, there is always a chance that you will be able to provide a wonderful home for a dog in need.

Looking into shelters doesn’t mean that you won’t adopt a well-behaved dog either. This is especially so in the case of any German Shepherd hybrid since they have been bred to be some of the most trainable, obedient dogs known today.

1. The German Malinois can be trained much earlier in life than most other dog breeds.

The German Malinois is a cross of two incredible obedient, level-headed dogs. It is because of these traits that their astounding intelligence manifests much earlier.

Training can start with these pups much earlier than is typical. They have often completed house training as young as three months old. Many new owners appreciate this aspect of the breed when it comes to purchasing a new puppy.

2. Both the German Shepherd and the Belgian Malinois are experienced police dogs.

They were originally meant to be a shepherd’s companion, trained to herd the sheep without scaring them by nipping at their heels. Their temperament was another significant facet of their breeding. The goal was to have a level-headed dog that was obedient and protective.

Since the beginning, their breeding may have changed their bone structure and stature slightly, but they still act similarly to the way that they were initially bred. They have become the second most popular dog breed in the U.S. since being recognized by the AKC in 1908.

Both dogs, especially since being imported to America, have been actively and consistently used in the police force. They have the perfect temperament for reliability, a balance of aggressiveness and obedience, and medium to large stature.

3. The German Malinois has a high prey drive.

Watch out for their urge to herd beings smaller than themselves. It is a behavior that you can train out if they are primarily a family dog.

If you have any cats, small mammals, or other smaller dogs, make sure the German Malinois is trained, so they know how to behave around these other animals.

Temperament & Intelligence of the German Malinois

The German Shepherd Belgian Malinois mix are part of an active breed. Unlike small puppies, most would not describe them as energetic dogs because they are also quite serious and controlled. To be content in their living situation, they must have plenty of space to run around in.

Beyond their activity level, they are a highly intelligent dog. Both the Belgian Malinois and the German Shepherd are incredibly smart, with the latter being ranked for intelligence right after the Poodle and the Border Collie.

These pups have a strong desire to please their master or trainer, which is a large part of their acknowledged obedience. Occasionally, they exhibit more difficult tendencies in training, such as stubbornness or overexcitement. However, this is relatively rare and may signify a change in training style is needed.

The German Malinois can be aloof toward new animals and humans. Their protective instinct is sometimes too strong for them to have the capacity to accept anything into their trust readily. This feature makes them an excellent guard dog and watchdog. Watch out for any unwanted aggressive behavior, particularly between two male dogs.

These dogs can be good family dogs, but it is a better idea to involve them in families only if you have older children.

The reason for these is their heightened prey drive from years being a herding dog. They might nip at the children’s heels, trying to get them to move where they want.

The German Shepherd side of them is generally good with kids, whereas the Belgian Malinois often is not as friendly, especially if they are pushed or pulled around. Keep a close eye on them around little kids.

The German Malinois needs to be socialized from an early age. Due to their overall attitude concerning new animals and humans, it is best to get them accustomed to strangers by having them visit your home or going to the dog park. This will teach them how to act around others appropriately.

Although the dog is quite reserved, they are also social creatures. For the best behavior, it is good to adopt two at once, or at least another pup with these dogs.

Things to Know When Owning a German Malinois

Since the German Malinois is a larger dog that requires an active lifestyle, their metabolism reflects it. They need 3-4 cups of food each day. They should have a balanced diet to make sure that they are receiving plenty of nutrients and calories to sustain them.

Don’t free-feed them, as they might not control their consumption as well and can end up suffering from digestive issues.

Instead, feed them two or three meals a day. Stick to feeding them during your mealtimes. They can snack a bit in the middle of the day.

These dogs commonly suffer from bone and spinal problems as they age, mostly due to the German Shepherds’ bone structure. Make sure that they receive plenty of calcium each day to offset these issues for as long as possible.

These dogs are naturally quite active. Although they won’t be bouncing off the walls of your home, they do get restless and destructive if they are not exercised enough.

They need at least 45 minutes of highly engaging activity each day but prefer to receive a mixed amount of exercise for 120 minutes every day.

Keeping this in mind, German Malinois are not good dogs to keep in an apartment unless they can go out with you for most of the day.

The German Malinois is a highly trainable dog. Paired with their high level of intelligence, they pick things up quickly and happily, with few repetitions. They have a high desire to please their trainer, especially if the trainer has positively established dominance.

Training is an excellent time to do two things at once, such as working a training session into an agility course. They are quick, with fast reactions and a quicker mind.

German Malinois might have medium-length or short coats depending on which parent they favor. Either way, they do shed frequently and even more so during changes in the seasons, particularly into spring and autumn.

They need to be brushed daily to reduce the amount of hair getting everywhere.

Avoid bathing these dogs too often, as the water strips them from natural essential oils produced by their skin. Clip these dogs’ nails when they need it. To avoid dental issues, brush their teeth every day.

As with any dog from a breeder, ask to see a veterinarian’s records or health checks of the parent breeds. They shouldn’t ever have a problem showing potential buyers these documents. Since the German Shepherd is known to have many spinal and joint issues, it is best to verify.

Male German Malinois tend to be larger than females, weighing in at between 75 and 95 pounds and being 21 to 26 inches tall. Females are normally between 50 and 80 pounds and are only a few inches smaller than males.

The best way to know about how large your pup will be is to look at the size of the parents, if possible.

Otherwise, there is a chance that males in this breed will be more territorial than females. Often, this can be helped with proper and consistent training.

The German Malinois makes a fantastic working dog. If you want a dog with a strong work ethic, then these should be a top consideration.

Both the German Shepherd and the Belgian Malinois have a background in herding and have strong prey drives. They need to be watched if they are around smaller animals or young children.

Overall, this breed is an excellent choice for a watchdog, a guard dog, or as a companion to an active family.

12 Dog Breeds That Shed The Most (With Pictures)