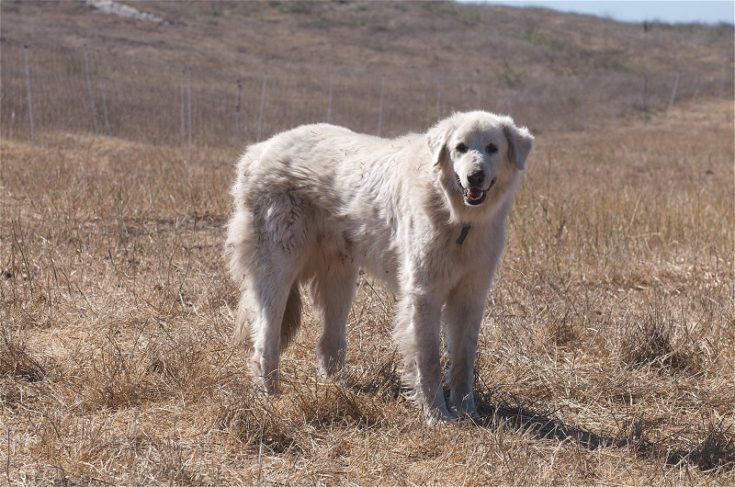 You probably haven’t heard of the Akbash because he is a rare breed. However, he has several desirable characteristics that make him an excellent choice for experienced pet owners. This ancient breed traces its origins back nearly 3,000 years to Turkey. There, the Akbash guarded livestock with fierce devotion. It’s one of the many reasons this pup made its way to North America.

A good trait in dogs of this type is the ability to bond with their charges, in this case, sheep. It’s a similar relationship you might see with llamas. That, in turn, fuels the Akbash’s loyalty. This pup also has a low wanderlust potential. He stays close to home—and the food! This pooch is a large canine. That, combined with his independent temperament, makes him an unsuitable choice for first-time pet owners.

As you may expect, the oversized Akbash needs room to roam. This pup is more laid-back than outgoing. That means a commitment on your part to ensure that he gets enough exercise. He is also a pooch that prefers a routine instead of constant change. In the right home, the Akbash will make an excellent watchdog.

Akbash Puppies – Before You Buy…

As adorable as the Akbash is, he is not a beginner’s pet. He isn’t overly adaptable and certainly won’t thrive with apartment living. While the American Kennel Club (AKC) doesn’t recognize the breed, the United Kennel Club (UKC) does. There’s a good reason why he is in the Guardian Dog group. He has the size to present a formidable challenge to any livestock predator.

That job also makes the Akbash independent. Therein lies another consideration when considering this breed. This pouch has a mind of his own when it comes to training. However, he has a relatively low prey drive, compared to other dogs. His focus is on his tribe. This pup isn’t overly playful, but he is affectionate—except when it comes to strangers. Then, he is aloof and suspicious.

It’s worth noting that disqualifications in the show ring include both shyness and viciousness. The Akbash is more middle-of-the-road unless provoked. The bottom line is that owning this dog is a commitment to training and early socialization so that he can become a welcome part of the family. However, we believe that is true with any pet.

What’s the Price of Akbash Puppies?

The rarity of the Akbash isn’t as much a factor in price as it is availability. You can expect to pay at least $700 for a puppy. We recommend getting one no younger than 8 weeks old to ensure that he’s old enough to leave his mother and littermates. While the Orthopedic Foundation for Animals (OFA) doesn’t list health screenings for the breed, we’d suggest the routine ones for dogs of his size.

The scarcity of the breed may also come into play with unreputable sellers and puppy mills. The UKC breed standard disqualifies anything other than a white coat, although some gray or cream is permitted around the ears. If you find a breeder offering any other colored dog, the chances are he is not a purebred Akbash.

We also have to address the elephant in the room. The Akbash is a large dog with an equally large appetite. That means a higher cost of owning one than a smaller breed. Food is typically the second largest expense in owning a pet, so it’s worth mentioning.

1. The Akbash’s ancient status provides a clear picture of his personality.

Whenever you’re dealing with an older breed, you have a good idea about what to expect. Selective breeding hones the dog’s purpose. That’s exactly the case with the Akbash. He is a guardian and a sighthound that serves this purpose well.

2. The Akbash is a sight hound.

Breeders selectively mate their dogs to refine certain purposes. Hunting dogs do much more than retrieving the game. Some, like the Akbash, will find the game and alert their owners to their presence. It’s hard not to see something once it’s revealed to you.

3. The Akbash has official status.

While the AKC hasn’t recognized the breed, it has official status because of its historical role as a guardian of livestock. Even the USDA gets it. The dog is a part of the agency’s Predator Control Program.

Temperament & Intelligence of the Akbash

The job of the Akbash and selective breeding equipped him with keen intelligence and independence to spend time alone in the countryside. That’s good for a dog that lives this lifestyle, but it means more work for you. It’s essential to make the distinction between protectiveness and aggression. The Akbash is the former instead of the latter, especially when raised by a competent owner.

The answer to this question has some caveats. Yes, the Akbash is an excellent guardian. He will watch and protect your home and family. On the other hand, he is a large dog that is also possessive of his food. That bodes ill for households with young children. This pup isn’t particularly nippy. It leans more of caution because of his size.

The same thing holds true for other pets in your home. The Akbash isn’t overly friendly when it comes to other dogs and cats in your family. Remember that his role meant he was primarily alone in the field. His job, after all, was a protector. His background as a sighthound also means that not much is going to get by his watchful eye.

Things to Know When Owning an Akbash:

By now, it’s clear that the Akbash isn’t for every potential pet owner. We want to reiterate his favorable traits, like his loyalty and affectionate nature. It’s vital to research a breed whatever it is. That’s one of the best ways to ensure a good fit. Dogs and wolves share a common ancestor. Domestication occurred between 15,000–40,000 years ago, depending upon who you ask.

From that time forward, a lot of selective breeding happened, which explains the 196 breeds recognized by AKC alone. The Akbash, of course, is not one of them. Make room for number 197!

The Akbash is a large dog. Contrary to popular belief, small breeds differ from large ones on several scores. The former often live longer. They also mature quicker. Hence, their diet isn’t the same to support the varying metabolic rates. Therefore, your pup needs a food meant for a canine of his size. The difference lies with the caloric content.

The guidelines for the amount are just that—a suggestion. Your pooch has the final say. That’s because this breed has a tendency to gain weight, too much, unfortunately. That means you’ll have to take an active role in keeping him active and fit. It’s critical for your dog’s good health. We suggest that you keep track of his weight and form. Adjust his food intake, respectively.

If you think about the job of the Akbash, it’s easy to understand his activity level. He is a wait-and-see kind of dog. If there’s trouble, he’ll respond. If not, he’s minding the property for anything untoward. Meanwhile, he’s biding his time. Those observations describe the low activity level of the Akbash. Save it until you need it.

As a dog owner, that means you have to carry the weight. You must ensure your pup gets enough exercise every day to avoid the weight gain that we mentioned earlier. Daily walks are just the thing to keep this intelligent canine mentally engaged and provide opportunities to reinforce proper canine manners.

Dogs that have a stubborn streak are always a challenge when it comes to training. These pups have the intellect to figure things out, which makes teaching them a hard sell sometimes. However, your ace in the hole is this pooch’s love for food. Treats can convince even the most willful pup that obeying is a good thing. If you limit it to those times, you’ll have a powerful motivator.

Grooming is more involved when the dog has a double coat. That describes the Akbash. It serves a purpose to protect his skin. This pooch has a double coat with a short and medium one. The degree of each varies with the environment. The undercoat is thicker in colder areas, for example. He will shed it each year. The outer coat is shorter but requires regular care.

Rarity is the Akbash’s best friend since it helps reduce the rate of congenital conditions from overbreeding. However, this pup isn’t immune to many of the issues that plague larger dogs, particularly in the skeletal system. Pre-screening can help identify some of them. We recommend sticking with a breeder who takes this precaution.

Both females and males are comparable in size. Anecdotal evidence suggests that females are more docile. However, we put a lot of these subtle differences to upbringing. It’s essential to remember that a puppy’s environment and training play a significant role in the final product. You have lots of tools in your court, including early socialization and training.

The Akbash definitely skirts the esoteric edge. Not many people know of this breed. He is a bit of a challenge on several scores. However, he has a lot to offer in return. He is a pup that requires research. You must know what this dog brings to the table. We think that it’s a necessary task no matter what breed you’re considering. The Akbash can make an excellent pet for the right family or individual. 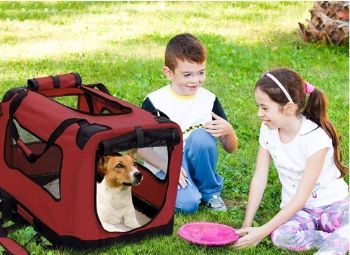 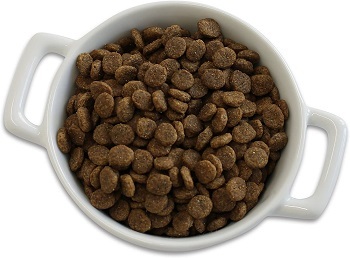 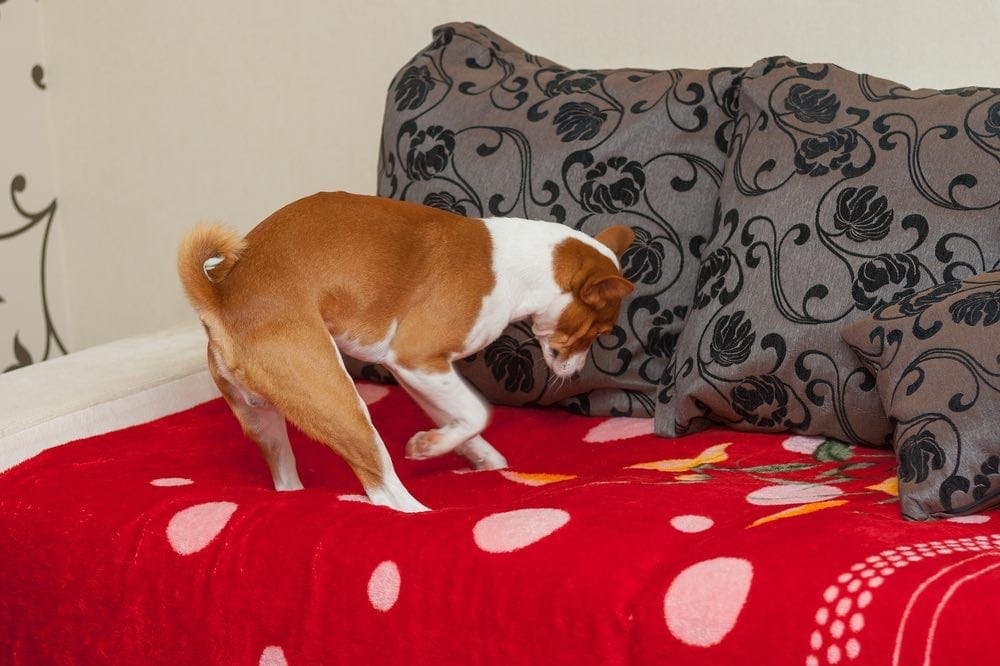 Why Do Dogs Scratch Their Beds? 5 Reasons & When to Be Concerned 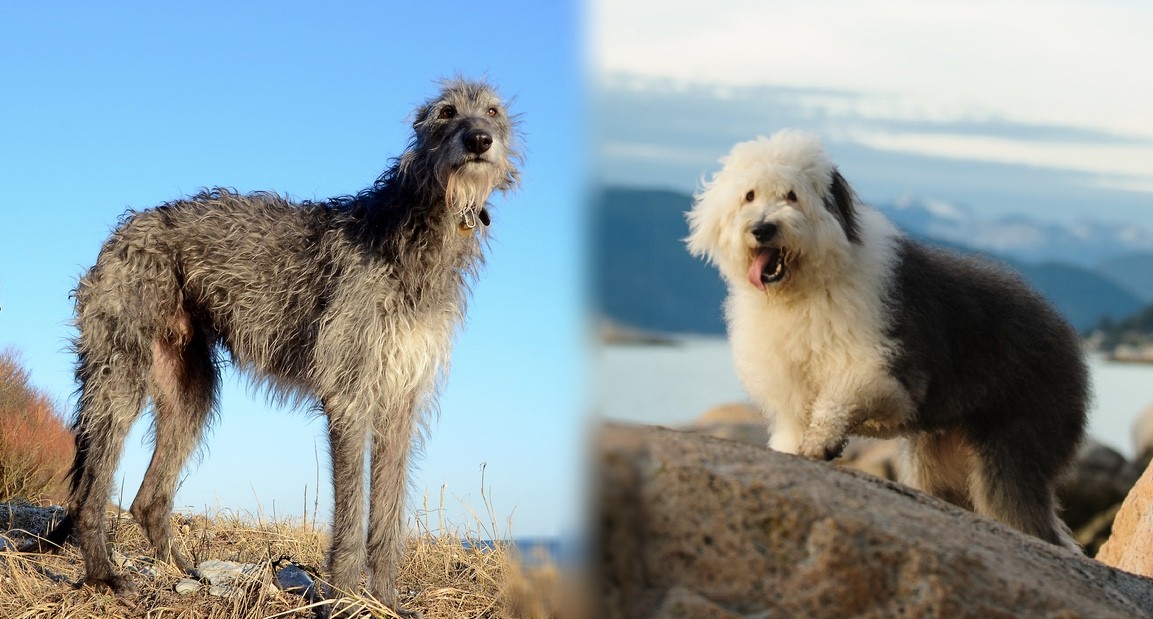