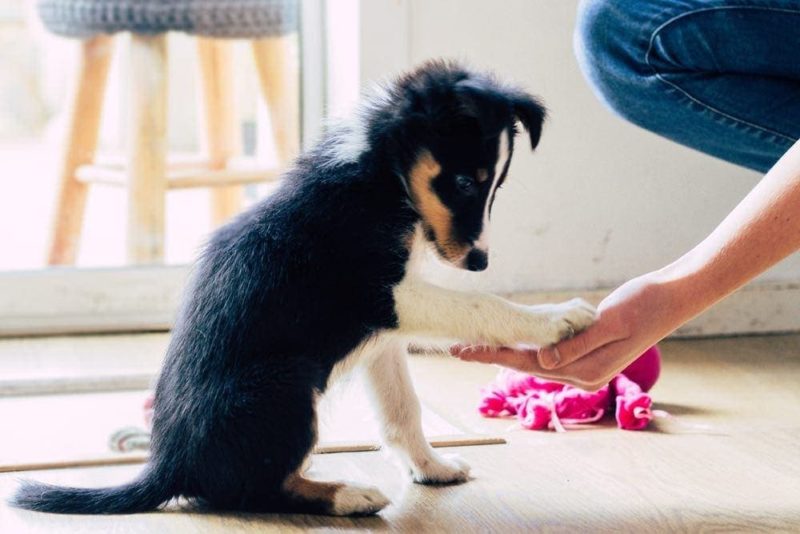 Self-awareness is generally considered to be a trait found in highly intelligent animals, like chimpanzees, orangutans, gorillas, and even some humans. If you’re interested in how smart your pooch is, it’s worth asking if dogs can be self-aware as well.

The answer, as with so many other things, is complicated. The short answer is probably — but it all depends on how you define it.

What Is Self-Awareness and Why Does It Matter?

Self-awareness, in its most basic form, is the recognition of oneself as an individual separate from their environment. It can include bodily awareness, which is understanding where your various parts are within space, as well as introspection, which is being able to understand your own thoughts and emotions.

Self-awareness has been described as being “arguably the most fundamental issue in psychology, from both a developmental and evolutionary perspective.” At its highest level, it’s potentially the one thing that separates man from animal, so it’s worth looking at whether animals can experience it as well.

It’s also an important feature in cooperative societies. If an individual can recognize themselves as an individual with a defined role, they can behave in a way that promotes both their own self-interest or that of the society at large.

You can contrast that with solitary animals, such as sharks, who care only for their own survival, or you can compare it to hierarchal insects like ants, which care about the colony as a whole and have no regard for their own lives.

It’s clear from these examples that self-awareness can then be the foundation for higher-level emotions like empathy, jealousy, and even love.

How Do We Test Self-Awareness in Dogs?

The most famous self-awareness test is the mirror test, which was developed in the 1970s by an evolutionary biologist named Gordon Gallup. His idea was to show chimpanzees their own reflection in the mirror to see if they recognized it as a depiction of themselves or if they thought they were being presented with a completely different chimpanzee.

The chimps quickly used the mirror for grooming or other self-reflective tasks (including, naturally, examining their own genitals). To test if they were really aware that this was a reflection, Gallup added red dye to their eyebrows; when returned to the mirror, the monkeys then touched their fingers to the paint on their faces, proving that they had some measure of self-awareness.

So, how do dogs perform on the mirror test? Terribly, as it turns out. A dog will generally treat their reflection as a completely different dog, and they may react with fear, curiosity, or aggression.

Before you assume that this means that pups aren’t self-aware, though, it’s important to realize a fundamental failing with using the mirror test on dogs: It doesn’t allow them to rely on their sense of smell, which is their primary means of interacting with the world.

Recognizing the limitations of the mirror test, a dog cognition expert named Alexandra Horowitz experimented with a more canine-friendly version: the sniff test.

Based on ideas first articulated by Dr. Roberto Cazzolla Gatti, Horowitz presented her test subjects with four different smells: their own urine, the urine of another dog, their own urine and an additive, and just the additive.

The idea was that a dog will not spend much time investigating their urine, as they’re already familiar with it.

Horowitz’s test was a smashing success. The dogs quickly ignored their pee but spent quite a bit of time investigating the other smells.

In another series of tests, an ethology professor at Eötvös Loránd University named Péter Pongrácz had dogs present their owners with a series of toys that were laying on a mat.

However, there was a catch: The toys were attached to the mat, so the dogs wouldn’t be able to complete the task as long as they were standing on the mat itself. Would they recognize that their own bodies were an obstacle, or would the test confound them?

As it turns out, the dogs quickly figured out the problem, demonstrating an ability to understand the connection between their own bodies and the world around them, an important sign of self-awareness.

Conclusion: Does This Mean Dogs Are Self-Aware?

Given that dogs failed one important test of self-awareness but passed two others, is it fair to call them self-aware? The short answer is: We just don’t know.

None of the tests that dogs have passed so far can really be considered proof that our canine friends are self-aware, although they do represent strong evidence for that possibility.

Likewise, the failure to pass the mirror test is merely evidence that indicates that dogs might lack self-awareness, not proof that they do. It’s also worth wondering how much value that test really has at all, given that some fish are able to pass it.

Ultimately, the question of whether dogs are self-aware is less important than reflecting on what truly matters: how wonderful they are and how much we love them, regardless of their cognitive capacity.

How to Train a Golden Retriever: 10 Tips and Tricks

Can Dogs Eat Bacon? What You Need to Know!