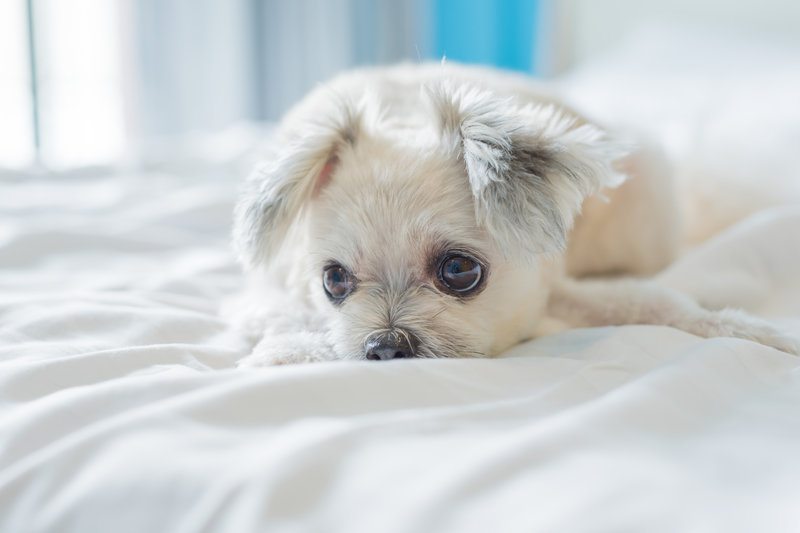 Bichonaranian Puppies – Before You Buy…

Bichonaranians, also known as Pom Frises and Pomachons, are the result of a Bichon Frise crossed with a Pomeranian. Designed solely for companionship, these outgoing hybrids are relatively new to the designer dog breed scene. Bichonaranians have the spunky and charismatic personality of the Pomeranian mixed with the docile and friendly temperaments that make Bichons famous. These little hybrids are great for apartment living, especially for households looking for a small lapdog. Let’s take a look at what makes Bichonaranians a popular designer dog breed:

What’s the Price of Bichonaranian Puppies?

Bichon Frise dogs are highly sought after for multiple reasons, with prices ranging anywhere from $500 to 2,500. Many factors influence a puppy’s price, especially with Bichons. Purebred Pomeranians also have a big price range, selling anywhere between $400 to 3,000, though some have been sold for over $4,000 due to strong bloodlines.

Bichonaranian prices will vary on multiple factors, especially if they’re first-gen or second-gen hybrids. They’re also popular designer dog breeds, which will influence the final cost. Expect to spend around $400-1,000 for Bichonaranian puppies, though some may go for around $1,500.

1. Bichonaranians are either first- or second-generation hybrids

Due to their increasing popularity, Bichonaranians can either be first-generation or second-generation hybrids. In other words, they can either come from two purebred parents or two hybrid parents. It’s important to consider what generation you’d like to get when looking at Bichonaranian puppies.

Bichonaranians are little watchdogs in lapdog bodies, so you’ll be alerted of any new visitors. While this can be a problem for apartment living, they can be trained to stop barking. Also, exercising your Bichonaranian will lower the chance of excessive barking.

Although Bichon Frise dogs are “hypoallergenic” from having hair instead of fur, Pomeranians are not hypoallergenic and tend to moderately shed. Bichonaranians can wildly vary in coat and fur type, especially if they’re first-generation mixes. Be prepared for a non-hypoallergenic dog that may shed more than you’d expect.

Temperament & Intelligence of the Bichonaranian

It’s never a guarantee of how any dog will turn out, especially when dealing with mixed breeds. However, we can look at the temperaments of both the Bichon Frise and the Pomeranian to get a better idea of what your Bichonaranian will be like.

Bichon Frise dogs are happy-go-lucky dogs with an affectionate, sensitive side to them. They’re bred for companionship, making them excellent dogs for seniors and dog owners living in apartments. Though they have varying levels of independence, Bichons are quite intelligent and do well with obedience. They love to romp around and play, which makes them an ideal choice for families with older children.

Full of spunk and energy, Pomeranians are outgoing dogs that love the be with their families. They can be excessively vocal if not exercised properly, but they’re otherwise perfect for apartment living. Coming from the Spitz family, Pomeranians are highly intelligent and can quickly pick up basic obedience. However, they do have some stubbornness that may make training somewhat difficult.

From looking at both the Pomeranian and the Bichon Frise, it’s safe to assume that Bichonaranians will love companionship above all else. They have the potential to be truly happy dogs, as long as their attention and exercise needs are met. Coming from two intelligent breeds, your Bichonaranian puppy will do well with obedience and may impress you with their ability to learn. There might be some trouble with training due to both purebreds having stubborn streaks, but that shouldn’t be a major concern.

Yes- for families with older children. In fact, Bichonaranian are excellent for families that have calm, responsible kids because of their playfulness. Though both Bichons and Poms are known for being rather patient, their small bodies tend to be fragile and are not usually a good option for young children. The same can be said about Bichonaranians, so we don’t recommend them for families with young or rambunctious children.

Yes. Bichon Pomeranian Mixes do well with other dogs and pets, as long as they’re socialized right away. There might be some chasing with smaller animals and possible food aggression with other dogs, but otherwise, Bichonaranians can adapt easily to established households. Be sure to introduce your new Bichonaranian puppy to your other household pets slowly to prevent any scuffles from happening.

Things to Know When Owning a Bichonaranian:

Bichonaranians are small dogs that can be prone to obesity and weight gain, so it’s important to feed them a high-quality diet. There is an ongoing debate between feeding small dogs dry kibble or canned food since both have their advantages and disadvantages. Wet food is easier to eat and has higher levels of protein, while dry kibble helps prevent plaque from building on their teeth and gumlines. We recommend consulting with your veterinarian for your puppy’s specific needs.

Despite their small bodies, Bichonaranians need more exercise than the average lapdog. A few short, but brisk, walks and plenty of playtimes should be enough to keep Bichonaranians happy. Since Bichon Pomeranian Mixes come from breeds that are smart and curious, they’ll need mental stimulation in addition to physical exercise. Puzzle toys like the Outward Hound Hide a Squirrel or the Trixie Activity Flip Board are great ways to challenge and entertain your Bichonaranian.

Training your Bichonaranian needs to start immediately and needs to remain consistent, especially with housebreaking and socialization. Since Bichonaranians come from smaller dogs with some stubbornness and sensitivity, it’s important to remain patient and refrain from harsh training methods.

Bichonaranians need to be socialized early, but they can do well with obedience training. Group puppy classes can be a great way to train and socialize your new puppy. Alternatively, a professional dog trainer that specializes in small dogs is another option to help train your new Bichonaranian.

There’s no way to know for sure what your Bichon Pomeranian Mix’s health will be like, especially since hybrids have no clean lineages to look at. The best way to prepare for your Bichonaranian’s potential health concerns is to take a look at your puppy’s parents and see what health issues they’ve had or have. Another way to prepare is to take a look at the common health issues of Pomeranians and Bichon Frise dogs.

Although there are some serious conditions like Liver Disease and Alopecia X that may be a big concern, both Bichons and Pomeranians are known for being relatively healthy dogs. There are a few similar conditions that both breeds are predisposed to such as Patellar Luxation and dental problems that may also affect your Bichonaranian’s health. Aside from the more serious concerns, your Bichonaranian puppy should live a long, healthy life.

Small dogs tend to be harder to housebreak, especially with male dogs that like to mark. This can become an issue if you’re worried about housebreaking, so a female Bichon Pomeranian Mix would be a more ideal option. Otherwise, the choice between female and male Bichonaranian is a personal one. Make sure to discuss the choice with your family to make sure everyone is on board with the final decision.

Bichonaranians are great hybrids that can make excellent companions, whether you live alone in an apartment or you have a family with children. These happy, bubbly dogs will do well in social situations as well as with other dogs, which is important when looking for a new dog. Though the Bichon Pomeranian Mix can be somewhat stubborn and independent at times, their affectionate and loving personalities will win over the hearts of everyone around them.