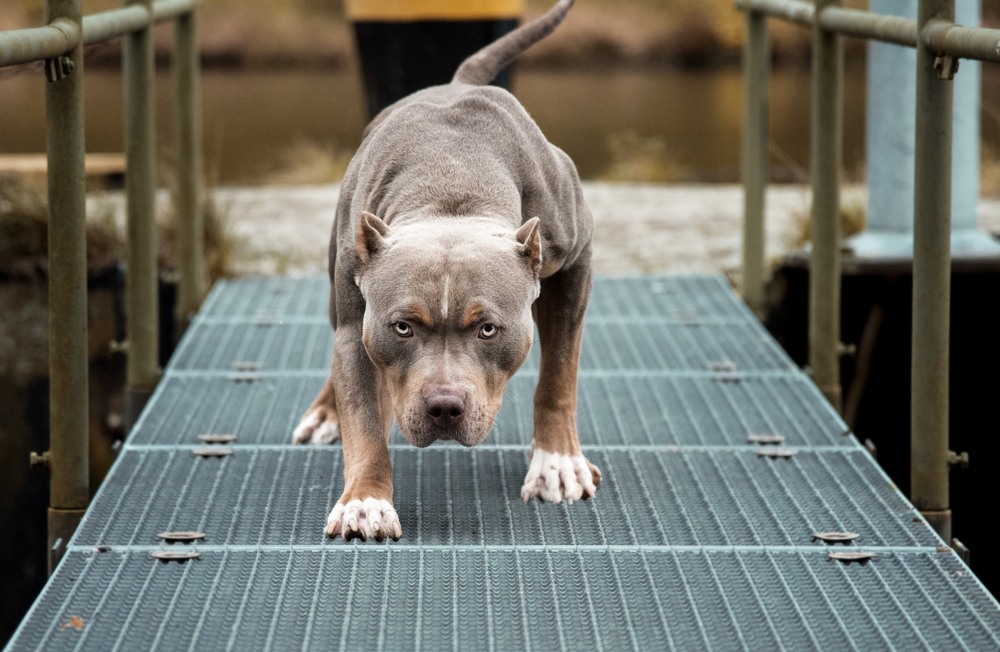 The first thing you must understand when talking about the Bullypit is knowing something about the parent breeds of this cutie. One parent is the English Bulldog, which everyone probably knows and recognizes. The Pit part of its name refers to Pitbull. However, it isn’t a breed but instead a type of dog that includes canines of similar body shape.

The American Kennel Club (AKC) recognizes the former, while the United Kennel Club, the latter in addition to AKC. The distinction is crucial since it provides a framework for a breed standard that can help you, as a prospective pet owner, have a realistic expectation about what the dog offers for you and your family. You’ll know about issues that may exist with the two.

Bullypit Puppies – Before You Welcome One Into Your Family..

As you know, Pitbulls have a bad rap. As the American Veterinary Medical Foundation (AVMF) has acknowledged, it’s the upbringing that determines the temperament of a dog instead of the breed itself. While some put the English Bulldog in the same group, their friendly disposition often dissuades people from believing that this dog isn’t anything but affectionate.

Both parent breeds are relatively healthy, with few glaring issues. They are reasonably friendly, which also helps. They are intelligent dogs, which means that you need to take an active role in providing enough exercise and diversion to prevent them from developing bad habits. They are relatively easy to care for and family-friendly.

The downsides involve the size of the Bullypit, even if they can handle city life or apartment dwelling well. They make a good watchdog if just for their appearance. They actually love people, including strangers. Bullypits are easy to groom. They have a moderate tendency to be nippy but may have a higher propensity toward wanderlust, due to their history as a fighter.

1. Uga Has Been a University of Georgia Institution Since 1956

Uga, the mascot of the University of Georgia, has been a fixture of the college since 1956. He gets his custom-made jersey each year from the same material that players wear. The English Bulldog is white from a lineage that goes back to 1892.

2. The Name of the Breed, English Bulldog, Has an Unfortunate History

You may think that the name, Bulldog, refers to its broad head and robust body. The truth is that it is a reference to the early history of the English Bulldog, which references its history as bait for the animal in his name, bull. Their breeding reflects this unfortunate purpose.

Many people think that the American Pit Bull Terrier is aggressive. However, its early history tells a different story. He was a family dog that protected his family. Can you say Petey from “The Little Rascals” fame?

Temperament & Intelligence of the Bullypit 🧠

Bullypits are family-friendly pets. They love their tribe. They are kid-friendly. The primary concern is its size. They can easily overwhelm a small child. They are, after all, a lot of dog. They aren’t the best watchdog because they love people so much, even strangers. That benefit comes from their appearance, which we will concede is often intimidating.

Size matters when considering the Bullypit’s ability to get along with other pets, too. They may not realize their strength and can hurt smaller breeds seemingly unintentionally. American Pit Bull Terriers are more tolerant of other dogs than English Bulldogs. Nevertheless, we’d strongly urge you to exercise caution because of their strong prey drive.

That same precaution applies to other family pets, like your cat. Instinct will drive them to run after any animal that flees them, regardless if they are part of the household. You also have to consider the size of a Bullypit. He is more likely to injure another animal because of how big he is, even if there is no aggression behind the attempt.

Things to Know When Owning a Bullypit:

Having a Bullypit requires an understanding of the stigma of these breeds. Many people view them as ferocious and dangerous animals, no matter how inappropriate the descriptor for your pet. Therefore, you must understand that it is a barrier, whether you’re bringing one to the neighborhood or taking them to the doggy park.

Bullypits aren’t overly active. That means you need to keep a close eye on their caloric intake to make sure they don’t put on too many pounds. That can increase their risk of other chronic health conditions, such as diabetes. The best way to manage it is by providing regularly scheduled meals so that you can monitor his food consumption to match his activity levels.

That’s a more manageable task if you set specific meal times instead of leaving kibble in the bowl for free-feeding. As a larger breed, he’ll need relatively less than a smaller dog with a faster metabolism.

This hybrid is prone to obesity, so it behooves a pet owner to monitor his weight and adjust his diet accordingly. Remember that being overweight increases his risk for other chronic health conditions like diabetes.

You likely need to coax the Bullypit to get enough exercise, especially in light of his tendency to gain weight. Daily walks are an excellent way to maintain his socialization skills and help him burn those extra calories. We’d suggest sticking with walks on a leash since he isn’t a dog-friendly breed. However, both parent breeds are playful, which can make it an easy task.

It’s essential to understand that the Bullypit has a bit of terrier in him. That means a playful nature. You must approach training with a firm yet positive approach. Both parent breeds are sensitive to harsh reprimands. You’ll find that you’ll have better success with getting your pooch to mind his manners if you use treats, for example, as a reward.

The English Bulldog in him sometimes develops a barking habit that you’ll need to control as a puppy. The Bull Terrier side of your pup has a higher degree of wanderlust and prey drive that you should also handle when he is young.

The good news is that grooming is easy and probably on the most carefree aspect of owning a Bullypit. He will shed, but regular brushing can help control the amount of hair you’ll find in your house. You should also keep up with nail trimming, especially if your pup isn’t overly active. Walking on sidewalks will wear them down to some degree. However, it’s better to get him used to it as a puppy.

Many of the at-risk health problems center around the skeletal and respiratory systems of the Bullupt. We recommend pre-health screenings for the hips and elbow by the Orthopedic Foundation for Animals. The correction of genetic defects is expensive and painful. We strongly recommend buying from reputable breeders who screen for the most common issues.

The primary difference between male and female Bullypits is size. There is a significant gap between the two, with males sometimes up to twice as big. That fact can sway your decision on which one to get. Otherwise, they are equally friendly dogs.

Final Thoughts on the Bullypit

Owners of the Bullypit will find that he is an affectionate and friendly dog that will bring much joy to your family. While grooming is a breeze, training requires more of a commitment to prevent him from forming bad habits. With early socialization and positive reinforcement, he’ll make a wonderful pet and loyal watchdog. All it takes is plenty and love and patience for this outgoing pup.