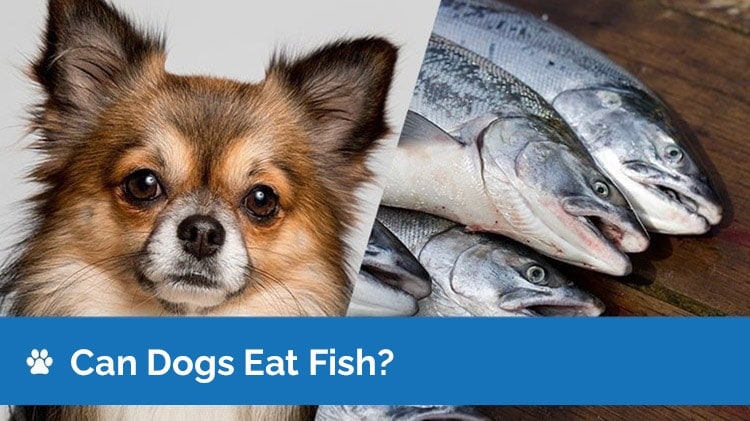 Have you ever looked at your dog’s food bag ingredient list? There’s a good chance that you’re going to find fish somewhere on the menu. And there’s a good reason for that — fish is super healthy for your canine.

Fish is an absolutely amazing source of high-quality protein that your dog needs to thrive. But aside from the protein, fish contains a bunch of other great benefits. It’s full of omega fatty acids which can help decrease inflammation. Fish also has a low-fat content, meaning that overweight and obese pups can get great nutrition through fish without packing on the pounds.

Another great advantage fish has is that it’s an excellent replacement to other protein sources that your dog can be allergic to such as chicken.

So, with all these benefits, why even bother with the question? That’s because not all fish are great for your dog, and there are some precautions you need to take when feeding it to your pup.

What Kinds of Fish are Good for Your Dog?

When it comes to what kinds of fish are good for your dog, you’re in luck because many of them are!

A good rule of thumb when it comes to feeding your dog fish is that shorter-lived, smaller wild-caught fish are best.

This can include, but is not limited to:

These types of fish are much less likely to have built up harmful levels of mercury or parasites. However, you’re going to want to do a couple of things first. Always fully cook the fish first. This will help to stave off harmful bacteria such as listeria and Salmonella.

Also, you’re always going to want to remove the bones. Fishbones aren’t like a cow bone. They are thin and brittle. And they pose a major choking hazard if one breaks apart while being chewed. The only real exceptions for this are when feeding your dog canned salmon or sardines. These bones are often small and soft enough to eat with zero worries.

Speaking of sardines, these small fish are among the best seafood you can give to your dog. They have minimal exposure to toxins and don’t live long enough to rack up high amounts of heavy metals. And they’re full of vitamins, minerals, and proteins dogs need. Just be careful when feeding them to obese dogs. The added nutrition will actually help them put on more weight if not properly exercised.

What Kinds of Fish Should my Dog Avoid?

You should avoid feeding your dog older, larger fish in general. This is because these fish have had the time to accumulate mercury build-up.

This can include fish such as:

There are also some special cases you’ll want to avoid. For instance, while wild-caught salmon is great, you don’t want to give smoked salmon to your pooch. It’s just too salty.

Also, farm-raised fish isn’t that great either. That’s because they have a higher potential of increased toxins developed from antibiotics and dyes.

Are Shellfish Safe for Dogs to Eat?

Shellfish for your dog is something you’ll generally want to avoid. This includes shrimp, prawns, crab, lobster, and crawfish. Technically speaking, your dog can have a few nibbles of shellfish provided that it’s only the meat they are eating and that it’s fully cooked.

But that doesn’t mean it’s the best option for them. Shellfish are generally full of sodium and iodine which are common allergens. And the shells themselves present a choking hazard. Often, it’s best to be safe rather than sorry.

Are Bivalves and Mollusks OK to Feed Dogs?

These are shelled seafood such as clams, oysters, snails, scallops, and mussels. First, the shells of these animals should be kept out of reach from your pooch because they present a serious choking hazard. And if your strong-jawed pup manages to crunch through one, the shards present another dangerous hazard.

But that’s just one issue. Bivalves and mollusks are known as water filterers. They suck up surrounding water around them and spit it back out. The problem with this is that they often retain the harmful toxins from the surrounding water. This is why it’s doubly important for these creatures to be thoroughly cleaned even when prepared for human consumption.

For all those concerned, it’s probably best to keep your pup away from bivalves and mollusks altogether.

What About Sushi or Raw Fish?

Uncooked fish can be quite tasty for your pup. However, you may want to think twice before feeding it to them. Raw fish can be home to many different parasites and unwanted bacteria. As a matter of fact, there’s a condition known as salmon poisoning disease that affects only dogs when eating raw salmon. We recommend avoiding this when you can and always cooking the fish first.

Sushi provides extra risks as well. And that’s because it’s not just the raw fish that can cause an issue, it’s everything that goes along with it. Sushi — while safe and delicious for us — has many different elements that aren’t necessarily safe for doggie consumption such as rice wine vinegar, soy sauce, etc.

Are Fish Sticks Safe for Dogs to Eat?

Surprisingly, fish sticks and imitation crab meat is perfectly safe for your dog to eat. These products are actually made out of different whitefish species and won’t cause any real harm. However, they aren’t going to do any good either. Fish sticks and the like are chock full of starch and flour, which don’t provide any nutritional benefit. So, if you toss one your dog’s way every now and then, there’s no issue. We just wouldn’t recommend them as meal replacements or constant snacks.

Fish makes a very wonderful addition to any dog’s diet. There’s just so much goodness. However, you need to make sure that you’re getting the freshest fish possible, and that it’s been properly deboned and cooked before you share it with your furry friend.