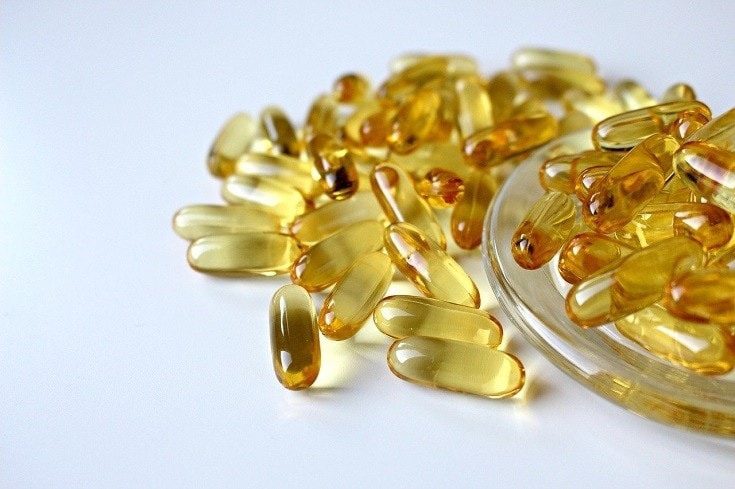 Fish oil is perhaps the first “superfood.” It’s one of those ingredients that doctors have been telling people to put in their diet for years, and it didn’t take long for vets to follow suit.

Many high-end kibbles already incorporate fish oil into their recipes, but you may want to consider giving your dog even more, as the stuff is chock-full of important nutrients.

Adding it to your pup’s diet can give them all sorts of important health benefits. We’ve listed notable ones below, but first, let’s take a look at what makes fish oil so special in the first place.

What Makes Fish Oil So Good for Dogs?

These are known as “long-chain fatty acids.” This means that they have numerous carbon atoms attached to a hydrogen and oxygen compound.

That gives them quite a bit of energy, so consuming them helps the body run more efficiently. Also, many cells need them to reproduce and to repair damage.

Dogs are unable to produce these fatty acids on their own, so they must get them from the foods that they eat, and there’s a ton of omega-3s in fish. Omega-3s are essential for life, so it’s important that you give your dog enough.

Ultimately, though, omega-3s might be most notable for their ability to combat free radicals.

What Are Free Radicals and Why Are They So Important?

Free radicals occur when oxygen splits into single atoms, each with unpaired electrons. These electrons prefer to have a friend, so they’ll fly all over the body in search of another electron.

In doing so, they cause microscopic damage to cells. This damage is called “oxidative stress,” and it’s thought to be responsible for all manner of diseases.

Omega-3 fatty acids are antioxidants; this means they have a spare electron that they can lend to those oxygen atoms. This stops the unpaired electron from ravaging the body and doing all sorts of damage.

The more free radicals that your dog has floating around in their body, the more they’ll be vulnerable to disease. Fish oil floods the body with antioxidants, sealing off those pesky free radicals and saving the body from further harm.

What Specific Conditions Can Free Radicals Cause?

When you hear “inflammation,” you might think swelling, like the kind you’d see after a bug bite. However, the kind of inflammation that we’re referring to happens internally, and it’s much more dangerous.

Inflammation still means swelling, but it happens at a cellular level — specifically, after the cells have been damaged by a rogue free radical. This can cause all manner of diseases, like heart disease, cancer, dementia, and autoimmune conditions.

By stopping those free radicals in their tracks, the omega-3s in fish oil prevent cellular damage from occurring — which, in turn, prevents inflammation.

All that free radical damage can cause premature aging. Free radicals can affect every aspect of cellular health, including altering the structure of DNA.

This apparently leads to premature aging. It’s important to note that this is internal aging, so it doesn’t mean that your dog will need a facelift. Instead, their organs will begin to lose their youthful function prematurely, effectively making them older than their age would indicate.

There’s actually not much evidence to support the idea that free radicals cause aging. Rather, the theory draws its strength from the fact that numerous studies have shown consuming antioxidants can slow aging. It’s thought that the reason antioxidants help in this manner is that they limit free radical damage.

It’s thought that oxidative stress caused by free radicals is largely responsible for the growth of tumors.

There’s some proof that by reducing oxidative stress, antioxidants can slow down tumor growth or even cause them to disintegrate entirely.

Now, this doesn’t mean you should take your dog off chemo and start feeding them cans of tuna fish instead. It’s just another reason that the omega-3s in fish oil can have an incredible impact on every aspect of your pooch’s health.

While its ability to limit free radical damage is important, fish oil can have more health benefits than simply stopping oxidative stress. Below are just a few of the wonderful things that fish oil (and the omega-3s inside it) can do for your dog.

One big way to improve heart health is to fight inflammation, but that’s not all it does to strengthen your dog’s ticker.

It can help regulate the heartbeat, reducing the risk of arrhythmia. This is big, as arrhythmia is one of the leading causes of heart failure in dogs.

Omega-3s can also prevent the loss of lean muscle mass in the cardiovascular system. This keeps the heart and arteries functioning at a high level, even as your dog ages.

2. Add Luster Back Into Their Coat

One of the most important factors in a shiny, healthy coat is eating a diet high in healthy fats, like the omega-3s found in fish oil.

Adding fish oil into your dog’s diet can cause their hair to become softer, less brittle, and less likely to fall out prematurely. Not only will this make your dog look better, but they’ll also be softer to the touch.

3. Reduce the Likelihood of Dementia

Dogs are just as vulnerable to suffering from dementia later in life as humans are, and it’s no less heartbreaking. Fortunately, giving your dog plenty of fish oil can reduce the risk of their faculties failing them as they age.

The omega-3s in fish oil act as a neuroprotectant; this means they actually protect brain cells from suffering the damage that can lead to dementia.

When those brain cells are kept healthy, your dog shouldn’t show any signs of cognitive decline as they grow older.

There’s no guarantee that fish oil will completely protect your dog’s brain, of course, so you still may see some decline, especially if your pooch enjoys a long lifespan.

4. Give Your Dog an Energy Boost

Fats provide more than twice as much metabolizable energy as do proteins and carbohydrates. That means that less food can give your pup more energy, provided that the food is high in fat.

The omega-3s in fish oil are among of the healthiest fats you can give your dog. All you have to do is mix some in with their existing kibble, and not only will they enjoy all the other health benefits listed here, but they should have more gas in their tank as well.

This is a great way to revitalize an aging dog. It won’t turn back the clock entirely, but it should give you a few more glimpses of the puppy you used to know.

Are There Any Disadvantages to Feeding Your Dog Fish Oil?

As we’ve shown here, fish oil can have important health benefits for your pooch. That’s not to say that it doesn’t have its downsides, though.

For one thing, it’s possible to give your dog too much fish oil. Doing so can reduce their blood’s ability to clot, slow the rate at which wounds heal, and interfere with white blood cell activity. A safe dose is considered to be 20-55mg per pound of body weight, so don’t exceed that.

You should also check on how the fish used to make the oil is harvested. You want to make sure it comes from clean waters, or else it could be contaminated with pollutants.

You’ll also want to make sure it’s sustainably harvested, as you don’t want to contribute to overfishing. Many fish oil uses farmed fish, so that shouldn’t be an issue, but it’s worth checking all the same.

What About Krill Oil?

Krill oil — which is like fish oil, except it’s harvested from tiny crustaceans — has become increasingly popular in recent years. In fact, many people say that it’s a superior version of fish oil.

While krill oil also contains important omega-3 fatty acids like EPA and DHA, one study showed that it takes nearly twice as much krill oil to get the same amount of omega-3s as you’d find in fish oil.

Some proponents of krill oil say that the body absorbs it more readily than fish oil, but so far, all the studies on that subject have proven inconclusive.

Krill oil is also likely to be more expensive and harder to find than fish oil.

We’re not trying to talk you out of giving your dog krill oil, but we think that there’s little evidence to support the switch from fish oil at this time.

Is All Fish Oil the Same?

There are three basic types of fish oil on the market today:

Natural Triglyceride Oil. This is fish oil at its most natural, without going through any sort of purification process. It’s the easiest for your dog to absorb, but it’s also the most likely to contain harmful pollutants.

Synthetic Triglyceride Oil. This is human-made fish oil. Nutritionally speaking, it’s identical to natural triglyceride oil and doesn’t contain any impurities; however, it’s not absorbed by the body very well.

You can’t really go wrong with any of these, but we feel that ethyl ester oil gives you the best of both worlds, as it’s extremely pure yet is generally absorbed well.

What’s the Verdict? Should You Feed Your Dog Fish Oil?

In our opinion, adding fish oil to your dog’s diet is a great way to give them a wide array of important health benefits. Even if some of the health claims made about this oil are exaggerated, there’s enough proven benefit to using it to make it worthwhile.

Be careful not to overdo it, though, and research beforehand to make sure you’ve bought a trustworthy brand.

Adding fish oil to your dog’s diet may not cause them to live forever, but if it can add even one healthy year to your dog’s lifespan, it’s worth its weight in gold. 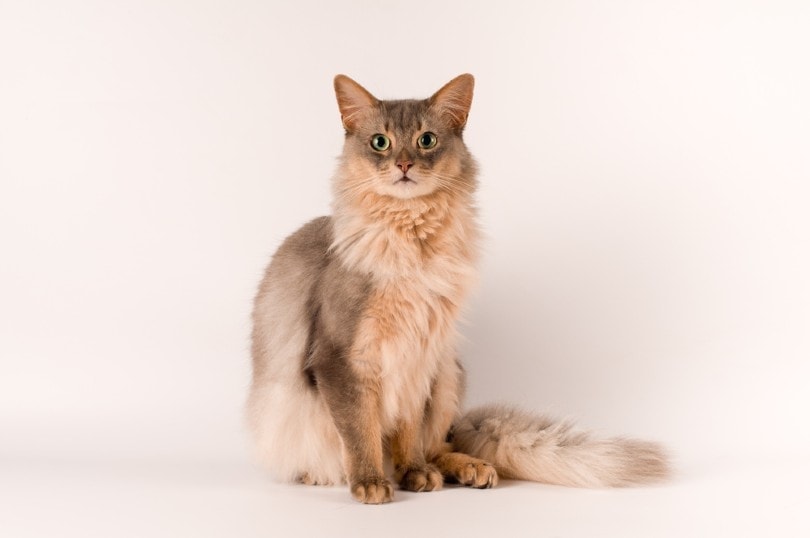 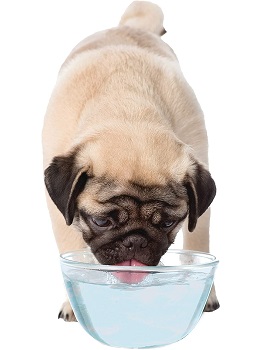 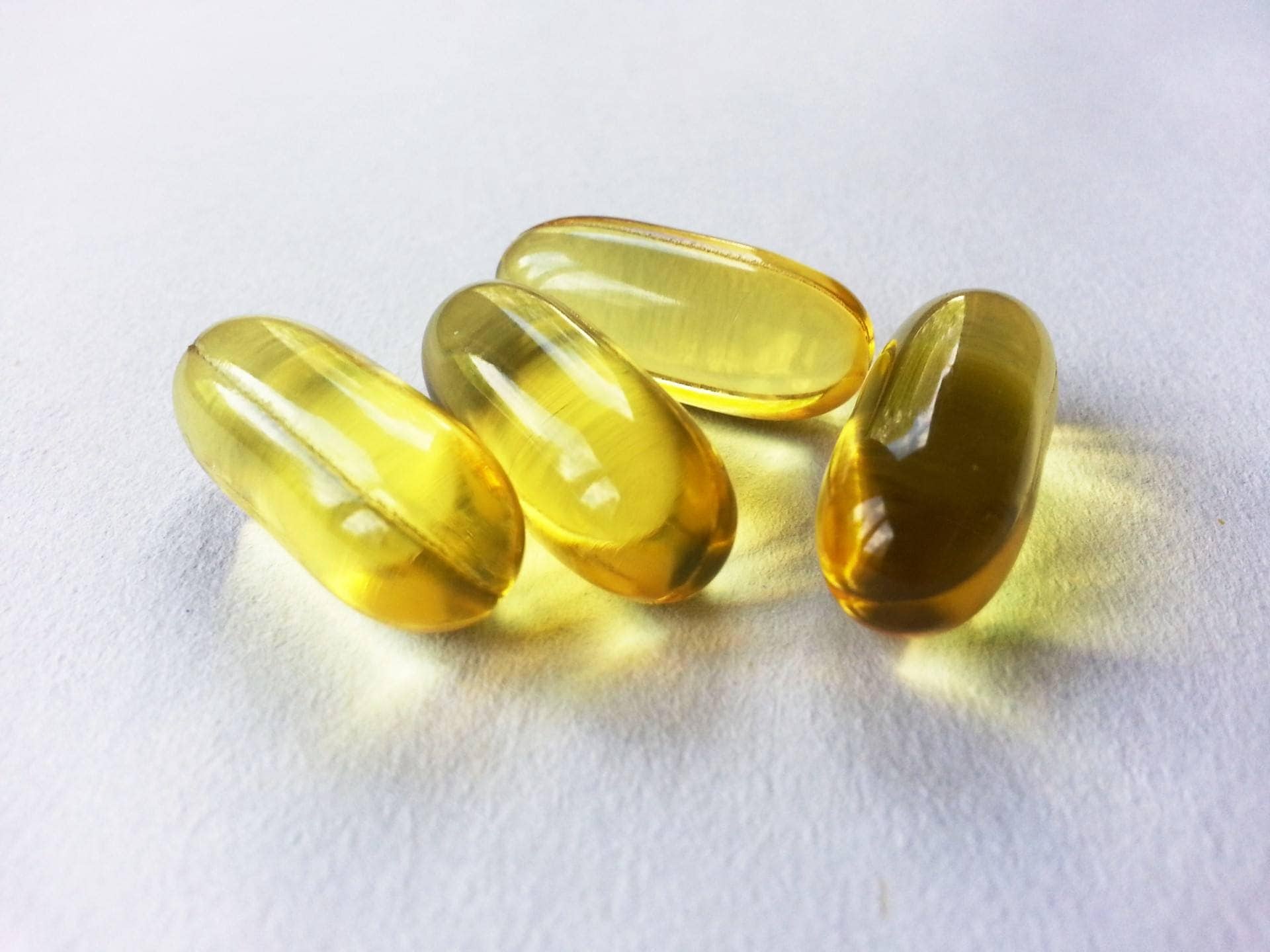 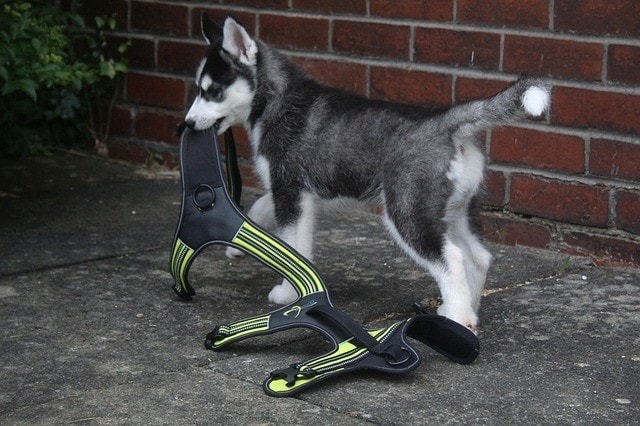