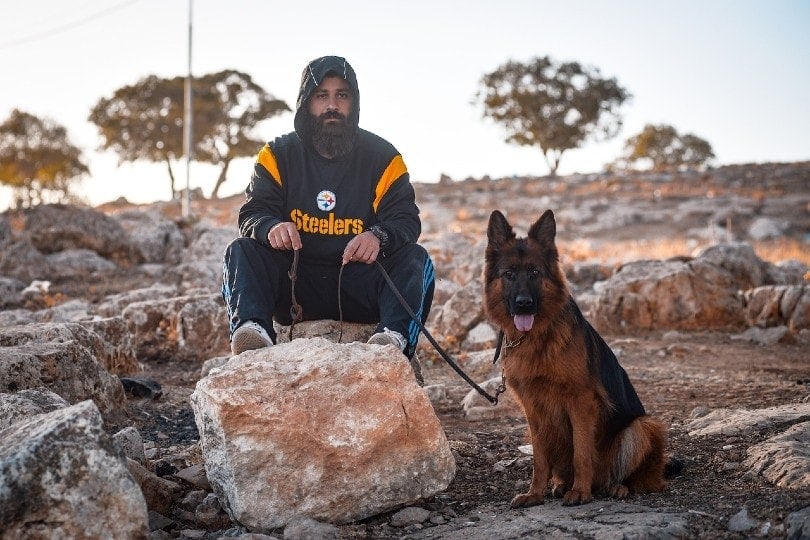 It shouldn’t take much to convince you that German Shepherds are wonderful dogs. After all, just a few minutes of watching one of these well-trained pups in action should make it clear that they’re incredibly intelligent, wonderfully obedient, and capable of doing just about anything.

Of course, that’s when they have an experienced trainer working with them. But what about when they’re paired with a first-time owner? Are they still good dogs then? The answer, as it is with so many things, is that “it depends.”

There are too many variables to give a clear answer, but that doesn’t mean the topic isn’t worth exploring. If you’re considering getting one of these wonderful dogs, we go over everything that you should know beforehand, so your dog-owning experience will be as fun and painless as possible.

A Note About “First-Time Owners”

Many people urge first-time owners not to adopt “difficult” (read: stubborn) breeds, under the belief that their lack of experience will make it too hard for them to handle such a dog. While there’s some truth to this, it’s largely overblown.

The fact of the matter is that unless you’re dealing with a dog with serious behavioral issues, your lack of experience is far less important than your willingness to spend time with your dog and learn how to train them. There’s plenty of information about training dogs on the internet (much of it free) or at your local library, so even a complete novice can quickly get up to speed if they want to.

Also, there are plenty of owners out there who have had dogs their whole lives and don’t know the first thing about teaching them how to behave. They most likely think that it’s a coincidence that every dog that they’ve ever owned has had issues with jumping, refusing to come when called, and even aggressiveness.

Do keep in mind that while some breeds are known for being more headstrong than others, each dog is an individual and should be treated as such. You may bring home a Siberian Husky that’s happy to comply with your every command or a Labrador that refuses to listen to a single word you say.

Regardless, a dog’s behavior will ultimately depend on your ability and dedication as a trainer. If you put in the time and effort, you’ll likely have a well-mannered dog, no matter the breed. However, if you ignore the dog or tolerate misbehavior, your dog will be a menace — and you can’t blame their breed for that.

What Is a “Good Dog,” Anyway? Is It Just About Trainability?

Your living situation will play into a dog’s suitability as well. Some breeds (typically the smaller ones, but also some giant breeds, like Great Danes) are best-suited for apartment living, while others (like Aussie Shepherds) need a big backyard with plenty of room to sprint around.

This is important to keep in mind when deciding whether to get a German Shepherd. They’re extremely smart and energetic, so you’ll have to be able to keep up with their need for mental and physical stimulation.

They’re also sponges for commands, and they’re one of the easiest dogs to train, but they need regular training. If you’re not looking to make that kind of commitment, this might not be the breed for you.

You don’t have to take that training to extremes if you don’t want to, though. While German Shepherds are perfectly capable of learning advanced tricks like picking up their toys or opening doors, most are perfectly happy sticking to the basics — just so long as they get to spend time with you.

One of the biggest reasons that someone might be apprehensive about adopting a German Shepherd is due to their fearsome reputation, which to be fair, isn’t entirely unearned. There’s a reason that police departments and the military love this breed.

These dogs are big, strong, and athletic, and if they want to, they can do serious damage. But how likely is it that the German Shepherd you bring home will be aggressive?

Not all that likely, as it turns out. According to the American Temperament Test Society, German Shepherds are roughly as aggressive as Golden Retrievers, a breed that doesn’t have to deal with nearly as negative of a reputation.

Ultimately, it’s going to depend on how well-trained and socialized the dog is. If you teach your dog how to behave (and don’t put them in bad situations), then a German Shepherd can be a loving and loyal family pet. If you just let them run wild, though, you’re rolling dangerous dice.

You have to be realistic in how you expect to interact with your dog, which is something that’s difficult to do if you’ve never owned one. Your intention will undoubtedly be to play with them and train them every day, but you need to ask yourself if you think that it’s likely that you’ll actually follow through on those intentions. If not, it may be smart to get a smaller dog that’s less capable of hurting someone.

If you’re not planning to devote a significant amount of time to your dog, then a German Shepherd might not be the breed for you.

Their needs for exercise, training, and socialization are needs, not nice-to-haves. You’ll have to be vigilant about giving them the instruction that they require, or else you shouldn’t get one.

German Shepherds are also extremely vigilant and protective, which makes them excellent guard dogs. But that means you’ll have to deal with frequent false alarms. Your neighbors might not care to be alerted every time the mail carrier stops by or that a suspicious-looking bird is in the tree again. Getting your dog to stop barking is a difficult and time-consuming chore.

There’s also the matter of their fur. These dogs shed a ridiculous amount, and you’ll want to brush yours regularly — every day, if you can. Even then, expect to have a light coating of German Shepherd hair on your clothes and furniture at all times.

They may also have various health problems that you’ll likely have to deal with — most notably, hip dysplasia and back issues. This can cause them to be expensive later in life, and you may have complicated health care routines that you need to perform to keep your dog comfy in their golden years.

Finally, despite their fearsome reputation, German Shepherds are clingy and needy. If you don’t like having a 70-pound dog trying to crawl in your lap every time you sit down, you’re not going to have a good time with a German Shepherd in the house.

What’s the Verdict? Are German Shepherds Good for First-Time Owners?

The best answer we can give you is that it depends on how willing you are to train and spend time with the dog. If you’re confident that you’ll be diligent with obedience work and socialization (and that you can keep up with their considerable energy levels), then German Shepherds aren’t good dogs — they’re great ones.

On the other hand, if you can’t honestly say that you’ll keep up with such things, then you’re better off getting a less high-maintenance pooch. That doesn’t make German Shepherds bad or difficult, of course, but they’re not for everyone, and there’s no shame in admitting that they’re not for you.

At the end of the day, the only way to go wrong is to get a dog that you can’t care for. That’s how animals end up in shelters, so be extremely honest with yourself about what you want and expect from a dog, then pick the breed accordingly.

After all, it’s equally important to ask if you’ll be good for the dog as the other way around. 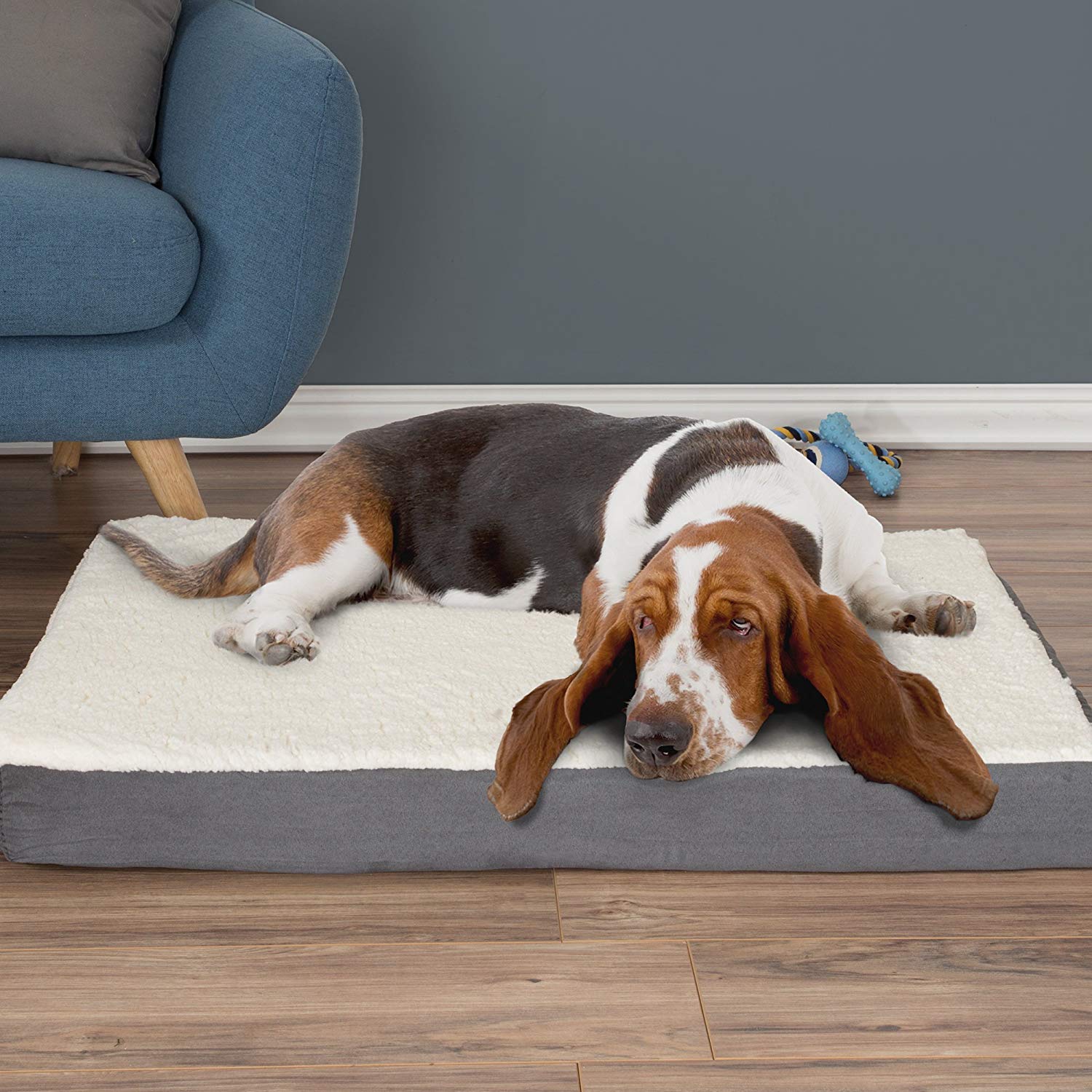 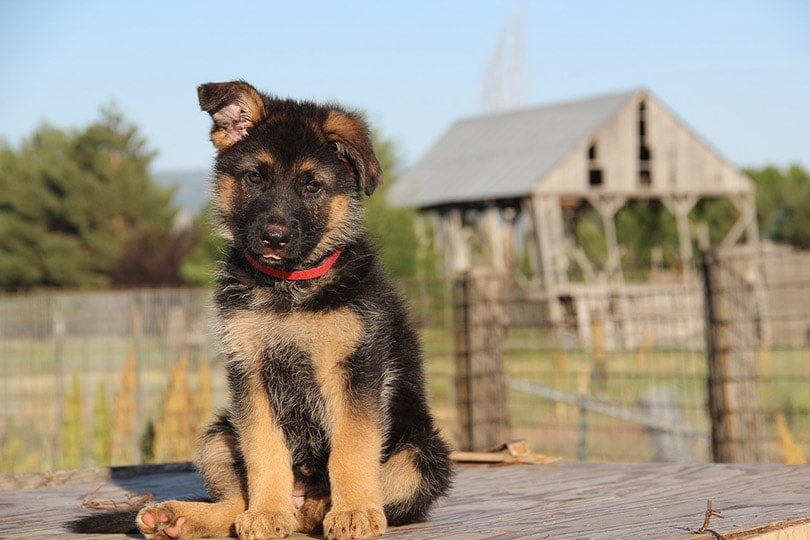 When Do German Shepherds Stop Teething? 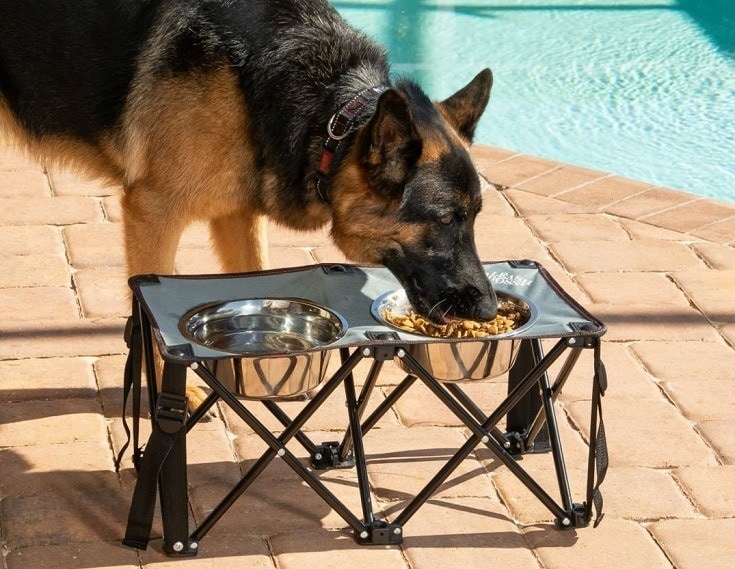