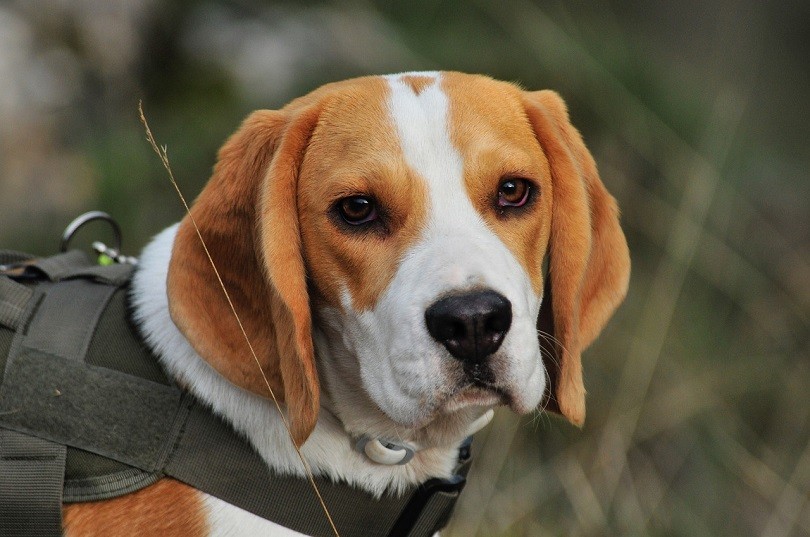 The Hamiltonstovare is a multi-purpose breed from Sweden. They were bred originally to hunt hare and fox. However, they are equally as capable in the show ring and agility course. They can even be used as service dogs due to their loyalty and intelligence.

These dogs love their people and do well in a home environment. They are low-maintenance and do not shed much at all. The only thing they require is plenty of exercise, since they were bred to hunt all day.

There are few breeders of this breed in the USA. However, there are some found in rural shelters across the southern states.

Hamiltonstovare Puppies – Before Your Buy…

Because these dogs are hounds, they are incredibly stubborn. They don’t listen to much and have strong prey instincts. Because of this, they will chase just about everything that moves. This makes them inappropriate for homes with small animals, as they will chase them. This isn’t an instinct that can be trained out of them.

These dogs do well within family homes. They are low maintenance and love their people. They will play with children and are very friendly. There is nothing aggressive about these dogs in the least. They bond very quickly with their family, which is why they are commonly used as service dogs. They are incredibly loyal.

With that said, they do work best in active homes. They need quite a bit of exercise and playtime. They require hours of exercise each day. Having plenty of children to play with and room to run is necessary for their happiness and health.

What’s the Price of Hamiltonstovare Puppies?

These dogs are scarce in the United States. There is only one breeder as of the time of this publication. So, they can charge whatever they want for their dogs.

Shelters have differing adoption policies, so the price varies. However, it is often just a few hundred dollars to adopt a canine.

1. They are one of the most popular breeds in Sweden

While these dogs are rare in the United States, they are very popular hounds in Sweden.

2. These dogs are called by several different names

The AKC recognizes them as “Hamiltonstovare,” which is why we’ve stuck to this name in this article. They are also called the Swedish Foxhound and Hamilton Hound.

3. These dogs will not hunt deer

Over the years, they have been bred to reject the deer scent. Because of this, they won’t chase deer! However, they have chased practically everything else.

Temperament & Intelligence of the Hamiltonstovare

These dogs are very high energy and need quite a bit of exercise. They love to play, which makes them the perfect dog for older, energetic children. Daily exercise is required, or they can get a bit destructive. They are typically very well-behaved, however.

They are decently intelligent, though they aren’t going to win any awards. They can do okay with most commands and can learn plenty. They are used as service dogs for this reason.

However, they do have the typical hound stubbornness. They were not bred to listen to people and work best independently. You can’t give dogs commands while they’re hunting, after all! However, they are remarkably food driven, which means that you can efficiently train them with a little bit of food on hand.

They love puzzle games because of their high intelligence. And puzzle games don’t require input from you and allow them to work independently.

Yes. They are very social and friendly. They bond with all people – big and small. Children will love to play with them and chase them around outside. Because they are decently easy to train, they can also learn good manners when indoors.

They can make good alert dogs on some occasions, but they are not aggressive in the least. They also don’t tend to bark very much, so they may be a good choice if you’d like to avoid yappy dogs.

They get along absolutely fine with other dogs. They do best in situations where they have a friend to play with, so other energetic dogs are a great option.

With that said, they do not do excellent with smaller animals because of their prey-drive. They will chase cats and other small animals. Rabbits are entirely out of the question since they were bred to hunt rabbits!

This is not something you can train them out of. It is an innate instinct they will always have. They may not do well on farms with small animals like chickens for this reason.

Things to Know When Owning a Hamiltonstovare:

These dogs do not have any particular diet requirements. They will need a high-protein food that is designed for athletic dogs due to their high exercise needs. They need protein to fuel their muscles. They are small to medium-sized dogs, so feeding them shouldn’t be expensive.

Because they are so food-driven, they may be prone to obesity. This is particularly important if they don’t get enough exercise. They will eat anything they get their hands on, so you should plan on carefully planning out their food and keeping leftovers high out of reach.

Some of these dogs have been known to “counter surf,” so you should keep food off the counters as well.

These dogs need a lot of exercises. They were bred to hunt and have a high endurance level. Because of this, it takes a lot to wear them out. Without the proper amount of exercise, however, they can be destructive. It is best if they have a fenced-in area to run around in.

Still, you cannot put them in a fenced-in yard and expect them to fulfill their own exercise needs. Walks are appropriate and needed. Luring is also a great way to have fun and fulfill this energetic dog’s exercise needs.

Most hounds are stubborn, and this dog is no different. They were not bred to listen to people, since hunting is an independent activity.

However, these dogs are very food motivated. If you have food, they will usually listen to you. Of course, the key is to have a food that they love. (Though, to be fair, they love most foods.) Because of this, it isn’t tough to train them. You just need to do it in a way that they are predisposed to.

These dogs do not have any grooming needs besides trimming their nails and brushing their teeth. They do not shed much, but they also don’t need to be trimmed. They stay pretty clean as long as they don’t roll in mud or something of that sort.

You don’t have to bath them often in the least unless they are visibly dirty. Overall, these dogs are incredibly low-maintenance.

These dogs only became companion dogs recently, so they have not been bred for form only like many modern dogs, leading to health problems. Most are still bred for function today, which makes them very healthy.

They can get hip dysplasia and epilepsy, but this is extremely rare, especially in other breeds. Hip dysplasia can be avoided as long as they are not over-exercised as puppies. This can mess with their hip development.

Because they were bred in a colder climate, they do not do well in temperatures over 80 degrees. This does not mean that they cannot survive in these areas. However, they should be exercised early in the morning if your area is incredibly hot and let inside during the hottest parts of the day.

Hamiltonstovare are basically Swedish Beagles. They are a bit larger, but they were bred to hunt hares and look very similar. They are quite intelligent, and their stubbornness can easily be overcome with food. They make good family dogs as long as you have the time to exercise them regularly. They are energetic and need quite a bit of activity to stay healthy and well-mannered.

Overall, these dogs are also relatively healthy. They were bred for function, so they tend to be extremely healthy. The only health conditions they are prone to are generally rare and not extremely serious.