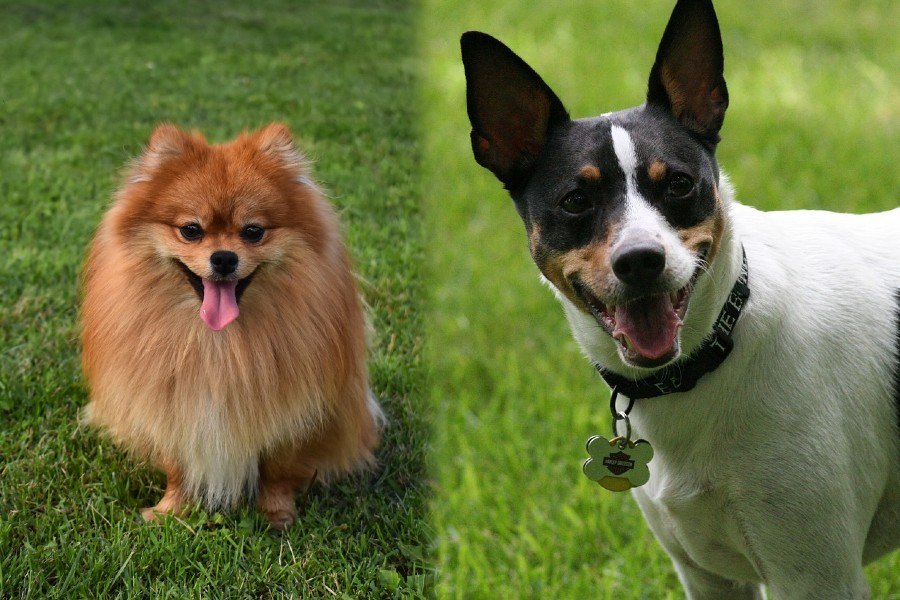 Are you looking for an apartment-sized dog with a heart of gold? Then take a peek at the perky, sweet Pomerat!

Pomerats are lively enough for active owners and affectionate enough for lap dog lovers. Their playful and inquisitive nature makes them great playmates for older children.

Though a new and relatively rare hybrid, we can look into the history of the two parent breeds to know a little more about the Pomerat.

Pomeranians are a type of spitz dog that are named for their region of origin in Poland and Germany, Pomerania. They are a toy breed that descends from the German Spitz, and in Germany are commonly called Zwergspitz or “Dwarf-Spitz.”

These little dogs have been known in Europe since the 1700s, where they became a favorite breed of multiple members of English royalty like Queen Victoria. The breed has decreased in size by nearly half since Victorian times and is still kept as a companion dog today.

Though only a recent addition to the American Kennel Club registry, the American Rat Terrier and dogs like it have been used as pest control and companions for many years. They were incredibly common on farms in the 1920s and 30s, but have lost popularity and become a fairly rare breed.

Pomerat Puppies – Before You Buy…

Pomerat puppies are some of the cutest, most heart-melting creatures you’ve ever laid eyes on. Their small size and fun-loving attitude have won over many breeders and buyers alike.

Before you go meet any of those impossibly cute little buggers, we think it would be wise to assess your commitments and life situation.

Are you financially and emotionally stable enough to care for a dog for as many as 17 years? Does your work schedule keep you away from home all day? Will it just be you bearing the responsibility for a new pup, or will you have help?

And if you go to a breeder, don’t be afraid to ask some questions of them as well. They will be able to give you an idea of health costs, food costs, and how much training and socialization a Pomerat may need.

What’s the Price of Pomerat Puppies?

For those seeking a Pomerat puppy from a breeder, prices should generally be in the $500 to $2,800 range.

If you have patience and dedication, it’s likely to be less expensive to adopt a Pomerat. Rat Terriers are considered somewhat rare in America, so it may be challenging to find this hybrid up for adoption.

Most shelters and adoption clinics charge a maximum of $350. This adoption fee covers the care they received, as well as shots, vet visits, and a neuter or spay operation.

1. The name “Pomeranian” refers to more than just the dogs.

In fact, many creatures from the region of Pomerania share a similar moniker!

There are Pomeranian Coarsewool sheep that have been cultivated in the area for over 3,000 years. Pomeranian duck, or Pemmern ducks, and Pomeranian geese are also found in this same area of Central Europe.

These industrious and clever pups were used as pest control on farms, but also in big cities like New York for a time.

The most famous case of rat clearing was in Brooklyn, where they had a serious infestation. A group of Rat Terriers reportedly removed over 2,500 rats in about seven hours!

3. Pomerats may go stir crazy if left by themselves.

Pomerats are keen, alert, and playful creatures that desire a lot of stimulation from and contact with their owners. If left alone for hours on end, many Pomerats will begin to develop bad behaviors to cope with the boredom.

When your Pomerat tells you that they need some exercise or playtime, listen to them! Compulsive behaviors, chewing, digging, incessant barking, and bad bathroom habits may ensue if a Pomerat is neglected.

Temperament & Intelligence of the Pomerat

Lively, bright, and exceedingly affectionate the Pomerat is a sweet dog that loves being around its family or owner. They make excellent companions for adults and older children but may need supervision with young kids.

Pomerats are naturally exuberant and sociable once they get to know you. But they are often suspicious of strangers, making them wonderful pocket-sized watchdogs. They can thrive in nearly any home size, whether it’s a rural farm setting or a New York tenement.

The Pomerat is a mix of cheerily vocal soprano, and alert little sentry. Those with noise sensitivities and neighbors will need to take extra care to teach a Pomerat when and where it is appropriate to croon their doggy songs, or it may turn into an overly excited racket!

Pomerats are some of the sweetest and most lively companions for families you could ever want! They are exceedingly affectionate and love being around people.

However, these pups do have some territorial tendencies that may need to be addressed. Plan on socializing your pup with family members and training them in appropriate behaviors, because their scrappiness and small frame can make for a reactive combination.

Little dogs can easily feel bullied by rough handling, and early socialization will help keep your puppy and kiddos safe. Older children and Pomerats often get along swimmingly, but younger kids should be supervised.

While Pomerats are very sociable little fellows, their small size and big attitude can add an extra layer of tension to interactions with other animals.

Socialize your pets together as early as possible, because if play becomes rough, the Pomerat has a feisty streak that can develop into an aggressive tendency if it goes uncorrected.

Pomerats are unlikely to chase cats and generally get along swell with felines. But don’t let their size fool you into thinking they might get along with other small pets and prey animals – they still have some terrier instinct in them!

Things to Know When Owning a Pomerat

In this section, we have broken down some daily care information to help prospective Pomerat parents get a better idea of whether they are ready to take care of one of these perky pups!

As active, but small-statured dogs Pomerats do well when their diet consists of more lean proteins than fatty. Their frames aren’t meant to carry much weight, and lean meats will help keep them fit and trim.

Healthy, nutritious ingredients for a Pomerat’s food include:

Poor quality or low nutritional value ingredients that you should stay away from for a Pomerat:

Just because these pups fit handily in an apartment doesn’t mean you can get away without exercising them! Pomerats are full of lively, playful energy and do well with at least one long walk or stretch of outdoor playtime per day.

And when you can’t go outside with your furry friend, these little guys will love playing with toys or curling up with you to watch a movie. They are curious and inquisitive, so if they are confined indoors for more than an hour or two be sure to leave them with sufficient activities to engage their minds.

Pomerats have a moderately high activity level, and their size means they won’t demand hours upon hours of exercise. But they’ll sure let you know when it’s time to get up and go!

A post shared by Marco the Mini Pomchi (@marco_the_mini_pomchi)

The eager-to-please and diligent Pomerat is often easy to train. They make peppy students though, so avoid repetitive lessons if you want to keep their attention.

However, though they do not possess the daunting physical size of some breeds, their scrappy attitude means training can be just as important. Pomerats have some of the characteristics of the terrier and need positive, but firm training to avoid developing any territorial behaviors.

The amount of grooming needed to maintain a healthy coat will differ between Pomerats due to the variation in fur length. The longer and fluffier the fur, the more time you’ll need to spend brushing it to decrease shedding and matting.

General grooming tips that apply to any dog breed revolve around checking their teeth, toes, and ears. If you start implementing these routines early, then your dog will quickly become used to the attention and maybe even learn to enjoy the help.

Most vets advise brushing your dog’s teeth several times a week. Your diligence will pay off with healthier teeth and gums, but also sweeter breath!

Ears and toes need less frequent attention but should probably be checked two to four times a month depending on your pup’s propensity for filth. Carefully swabbing out any dirt and extra wax from their ears will prevent infections. And clipping nails regularly avoids uncomfortable cracking.

Pomerats are small, but surprisingly hardy dogs. This is a case of the hybrid dog being much healthier, as the sturdiness of the Rat Terrier compliments the fragility of the Pomeranian nicely.

However, it is possible for a hybrid dog breed to encounter any of the common illnesses for either parent breed. Here we have gathered a list of all the health concerns to be aware of for a Pomerat.

The male Pomerat is stockier and taller than the female. They are also more likely to develop sexually aggressive behaviors as they mature, such as humping and marking territory.

Females, on the other hand, are usually quite delicately built. These little ladies are often quieter and more attentive.

So, is the sweet and scrappy Pomerat the dog for you?

If you spend most of your day away from home, or just aren’t interested in training a perky and vocal dog, then maybe not.

But if you are seeking a pup that is both loving and unendingly curious or are a dog lover working with limited living space, then Pomerats may be perfect for you! 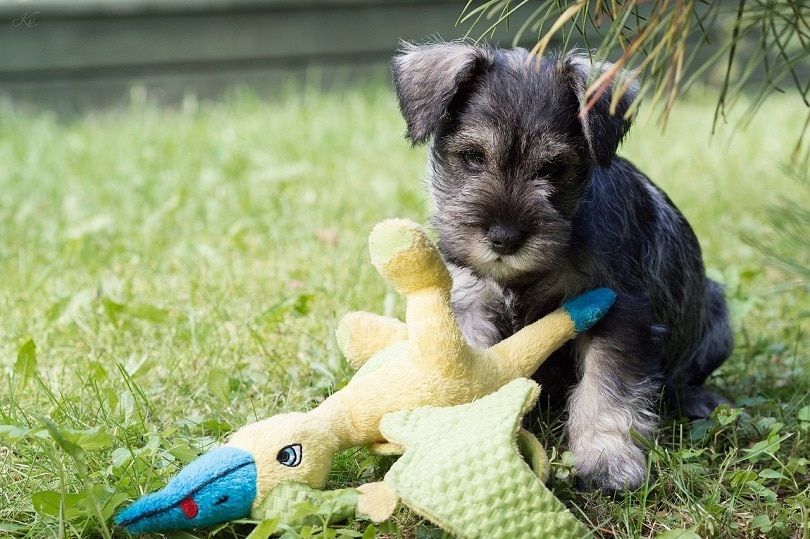 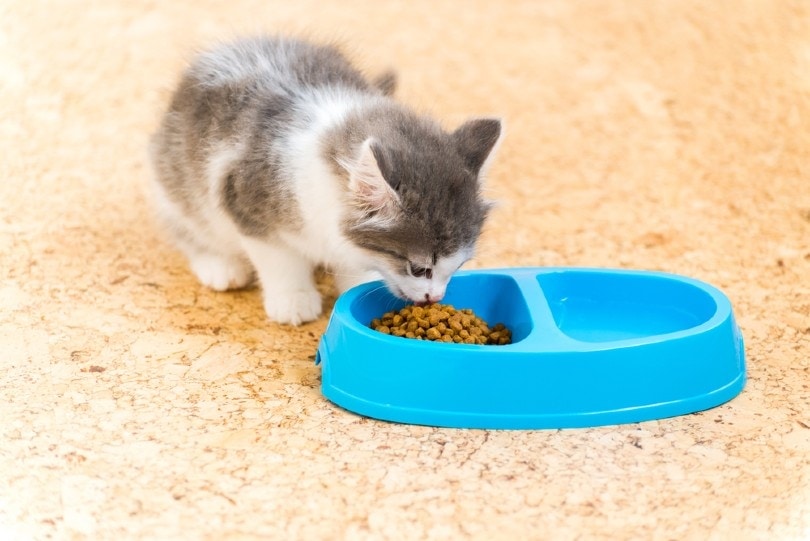 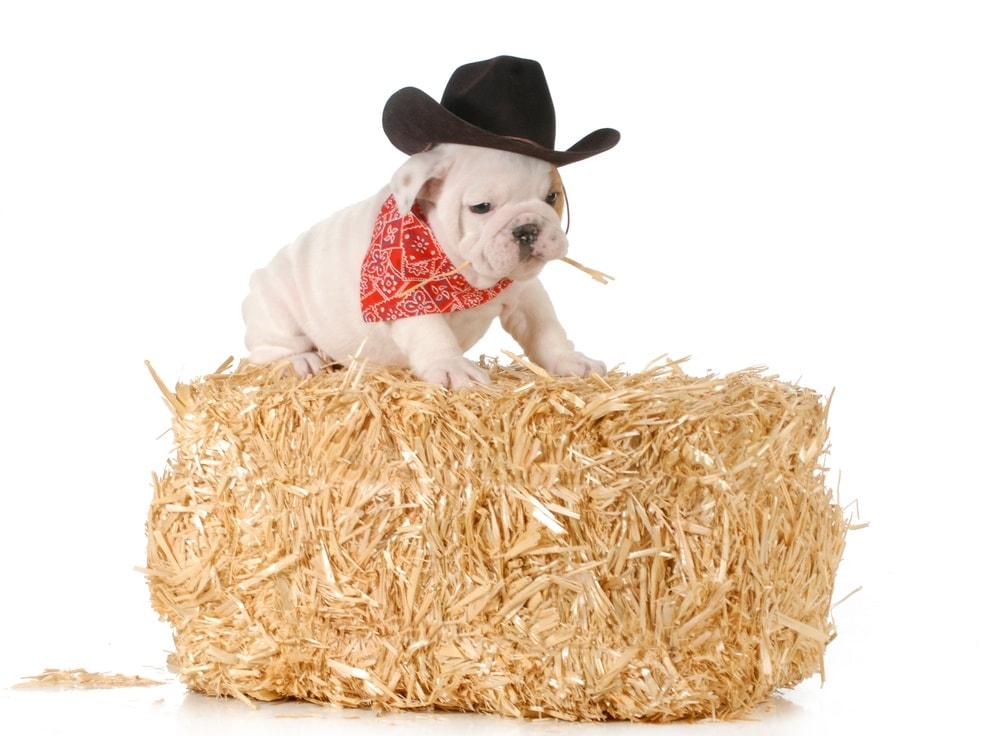 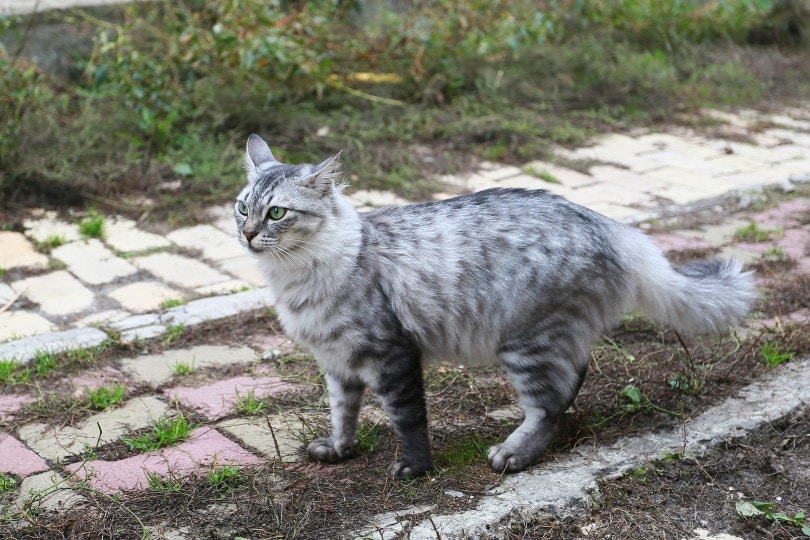 How Much Does An Egyptian Mau Cost? (2021 Price Guide)