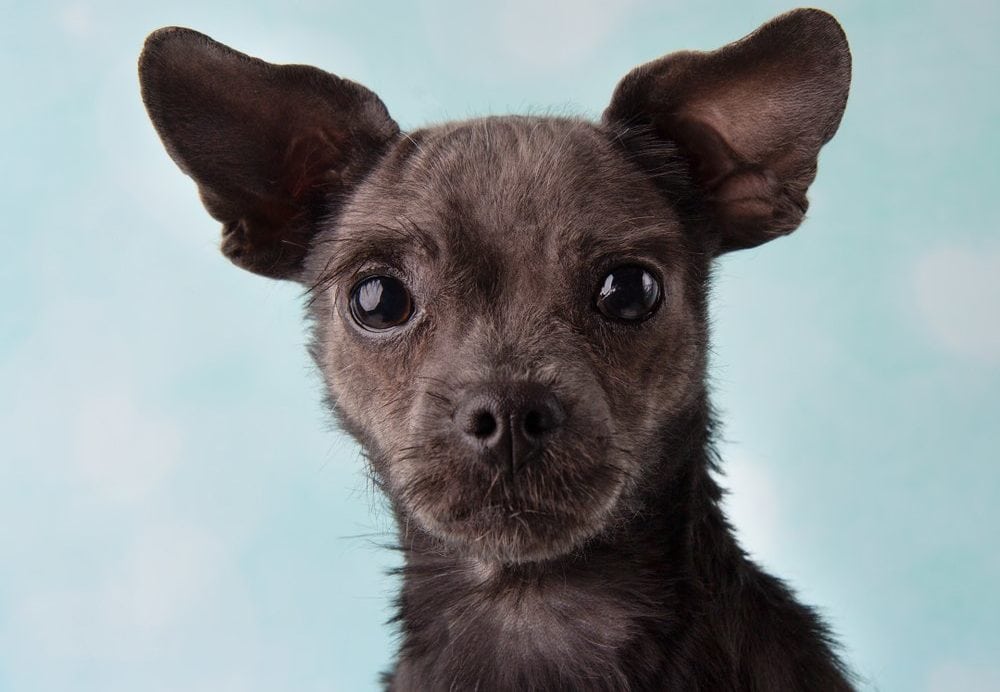 If you have always loved the personality of the Chihuahua but want a fluffier dog, the ShiChi might be the right choice for you. These dogs have fun personalities that make them an exciting pet. They are known to be a bit aggressive, but their size means that they aren’t dangerous. They are enthusiastic and loyal, sometimes to the point of being possessive.

If you are looking for a dog with a more docile temperament, this might not be the one for you. In addition to its possessive side, the ShiChi also has a shrill bark and is known to be quite a vocal dog. Yapping at strangers is a common occurrence, although training can be done to curb these more negative habits.

The ShiChi is a hybrid pup, a designer dog crossed with a Shih Tzu and a Chihuahua, giving it a loud personality with a side of fluff.

ShiChi Puppies — Before You Welcome One Into Your Family..

1. The ShiChi is known as a toy breed and will always naturally be small dogs.

When it comes to the breeding of hybrid dogs, looking at the parental genes is one of the best ways to get an idea of how your pup will turn out, both physically and in its personality. Since both of the ShiChi’s parents are considered to be toy dog breeds, this pup automatically comes in a small-sized package. However, don’t let breeders trick you: There cannot be a Teacup or Mini version of this dog because there isn’t a way to breed them smaller.

2. The ShiChi traces its parental genes back to the Techichi.

The Chihuahua has a long and fascinating history dating back to 500 A.D. Many think that these dogs descended from the Techichi, an even smaller dog that was raised and used for religious purposes by the Toltec people living in Mexico. The Toltecs raised the dogs as the main source of food for these natives. Once they were discovered by the Spanish explorers led by Francisco Hernandez, they were eaten to the point of extinction. The close Chihuahua relative managed to escape this fate and has become one of the most popular pets to own in the 21st century.

3. The ShiChi dog breed has many names.

If you are looking to buy a ShiChi dog, don’t just keep an eye out for breeders raising them with that same name. Breeders and others may switch around the different parts of the parent’s names used for these dogs, calling them a Chi-Shi or even a Chitzu.

Temperament & Intelligence of the ShiChi 🧠

As with all the different kinds of hybrid dog breeds, the ShiChi is a mix of their parents, and looking closer at their personalities will give you a better idea of what you have gotten. Shi Tzu’s are known to be playful and affectionate dogs. They always appreciate being around people and getting a chance to socialize.

These dogs can be a good fit for families, although they may struggle to get along well with very small children. They do not have much patience and do not appreciate being poked or hauled around. Due to their size, they are not a big threat. With a family with older kids, however, this dog can be the perfect angel, always ready for cuddles and quality time.

Their sociability with other pets is up to the dominance of the genes inherited from the parents, since both of them are different in this respect. The Shih Tzu tends to do well around other dogs, often being friendly with people and pets alike. The Chihuahua, however, tends to be an independent and possessive dog, always needing to be the center of attention in the house. All of this possessiveness means that they don’t like other pets to be around and may get aggressive toward them.

The blend in a ShiChi means that you can get a dog that can be amiable with other dogs if socialized early on.

Things to Know When Owning a ShiChi

ShiChi dogs are classed as a toy breed because of their size. They need to be fed food formulated for small dogs, perhaps even one specially made for toy breeds. ShiChi pups only need around 1 cup of food per day. However, they have a higher calorie need than most large dogs do because they have much higher metabolisms. Feed your pup multiple times throughout the day for shorter periods to get them accustomed to a schedule.

ShiChi pups are not known to be one of the small dogs that you find bouncing off the walls of their home. They are relatively low energy, albeit enthusiastic, little dogs. Since they don’t have boundless energy stores, their exercise regimen is much less taxing than with other dog breeds. They need about half an hour or less of activity a day and should be walked an average of only four miles in a week.

When it comes to training, their temperament is another facet to these pups that is mostly down to their parental genes. Shih Tzus usually are docile, intelligent, and eager to please, making for a highly trainable dog that wants to learn new things. On the other hand, the Chihuahua is well known for its stubborn streak and pretty independent nature. Combined in a ShiChi, it depends on which parent the pup favors. Either way, training still takes a commitment from the trainer and a firm but loving hand.

As mentioned earlier, early socialization is of utmost importance to this breed. Conduct part of the training at the dog park or with other dog owners to get them accustomed to behaving well around other dogs and people.

The Shih Tzu parent is considered hypoallergenic, so some ShiChi pups may have these genes in them as well. If the coat favors more of the Chihuahua side, your ShiChi will have short hair that is low shedding and easy to maintain. Even with more of the fluffier Shih Tzu, being hypoallergenic means they won’t shed much either.

To maintain the coat, use a bristle brush and a comb, perhaps a de-shedding brush if the dog has denser, fluffier hair, to groom them once a week. If they have long hair, they may need to be trimmed or brushed more frequently. Only bathe ShiChis when necessary, to protect their skin and fur from being stripped of needed oils. The ShiChi should also get extra dental attention, getting their teeth brushed around three times a week to prevent them from developing problems.

Both the Shih Tzu and the Chihuahua are considered long-living dog breeds, and usually, the ShiChi is as well. Any hybrid dog is at risk of suffering from the same common diseases that both of the parents might suffer from. Keep a close watch on your puppy’s eyes because both parents of the ShiChi suffer from eye conditions.

There are no recognizable differences between males and females in either size or personality.

When looking to purchase a ShiChi, just remember that you never know quite what you are going to get with these pups. They might be high-strung and stubborn balls of energy or laidback and mischievous, ready to take a nap curled up by your side at any time. Don’t leave them alone with small children for long periods, as they don’t tend to handle poking and prodding well.

If you are looking for a dog with a big personality that will give you many years of love and affection, the ShiChi should be a top consideration. These dogs may be a bit possessive, but with early socialization and firm training, they are the perfect pet for singles or seniors. They are a mix of the fluffiness of the Shih Tzu with the personality of the Chihuahua in one adorable package.

21 Dog Breeds That Thrive in Cold Weather & Snow (with Pictures)