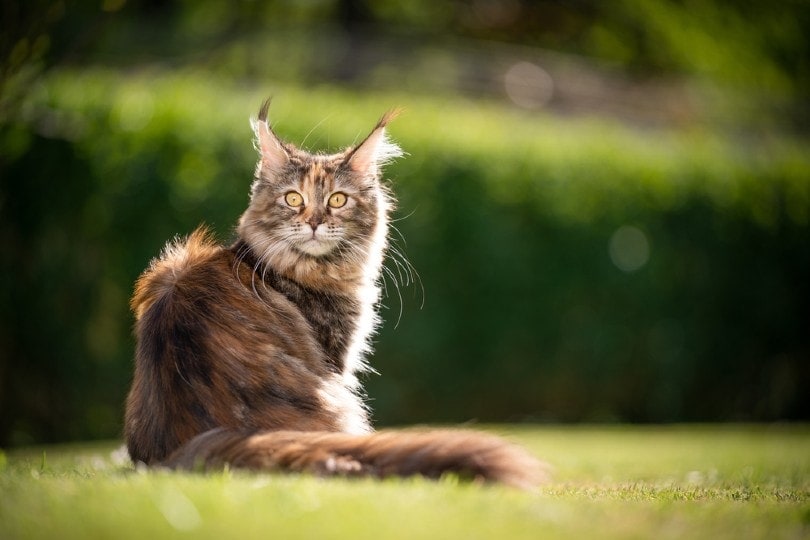 Many people know that when cats are sick and start to hide, it’s not a good sign. Indoor cats find places that they normally never went to before, like under a bed or in the back of a closet. This new behavior of theirs combined with the fact that you know your beloved feline is not feeling well can be scary and confusing. Cats with outdoor access might leave the house when they’re sick and never return. Even more peculiar, if a cat doesn’t normally venture outside, they might be trying hard to dart out every time the door opens. Reasons have been invented for this behavior, mostly in attempts to try to understand it and provide comfort to owners. Evidence to support what cats are thinking might not exist, but there are indeed reasons that cats do this. Science can explain why cats try to go away to die and what it really means.

Are They Sparing Our Feelings?

This is sometimes said that amid the family’s grief of watching their pet slowly suffer, the cat decides to leave to spare the family from further pain. They’ll go off and die alone, out of sight, and not put their grief-stricken family through any more sadness. This is a nice idea but it’s unlikely the case. This myth was probably invented to comfort sad families who didn’t know why their cats wandered off at the end of their life.

To keep themselves safe, wild animals retreat to hiding places when they are sick or injured. Predators will easily overtake a weak member of the pack, so when animals separate themselves from others, they do so to avoid being attacked. This instinct remains in domesticated animals today. When a cat is hiding due to illness or injury, they recognize their weakness and hide to avoid becoming easy prey. Hiding doesn’t always mean your cat is dying. An illness or injury could clear up in a few days, and your cat could be back to normal. If the hiding persists and is combined with food refusal, avoiding the litter box, lack of interest in normal routines, or any other obvious sign of injury, the situation is serious, and a veterinarian should be consulted.

Do Cats Know When They’re Dying?

Cats are more intuitive than humans and can detect things that we cannot. Their enhanced senses of smell, sight, and sound enable them to detect changes in body language and temperature that are not noticeable to people. Animal experts agree that a cat’s ability to detect impending death in a person, another animal, or themselves is due to a certain smell released by those close to death. There’s no scientific evidence that supports that this smell exists, but cats seem to know when death is near. In the case of Oscar, the resident cat of a nursing home in Rhode Island, this seems to be the case. Oscar routinely curls up next to residents who then die within a few hours. It seems the cat knows who is going to die and wants to provide comfort to them in their last moments.

Related: 18 Gifts For Someone Who Lost a Cat

Your Cat Just Got Lost

Since the myth exists that cats leave to avoid causing their owners any heartbreak as they’re dying, people believe that if their cat flees the house, it must be because they’re sick. Sometimes, cats just get lost. When cats are in unfamiliar territory, they choose hiding places that will enable them to remain out of sight while they figure out what to do. Cats often don’t act the same outside as they do inside. Calling your cat and not getting a response doesn’t mean your cat isn’t right in front of you under a bush. If they don’t come out or make any noise, it’s not because they’re dying. It’s because their instincts kick in to keep them safe. When an outdoor cat doesn’t come home, it means something happened to prevent them from doing so. When an indoor cat escapes the house and gets lost, they may not know how to come home. If you are searching for a sick, injured, or terrified cat, it’s even more difficult because these cats can and will hide for days. Even if you walk right by their hiding spot, they won’t let you know it. Hiding in silence and refusing to meow is nature’s way of keeping a vulnerable animal safe from predators.

Do Cats Really Run Off to Die?

If cats can’t truly sense that they’re dying, they can at least determine that something isn’t right. They know if they’re in pain, sick, or weak. Some cats might succumb to their illness while hiding, leading people to believe that they knew that they were going to die. The isolation that they’re seeking is to protect themselves and endure their illness in peace and quiet without any interruptions. They also want to preserve any energy that they have left, and finding a quiet spot to hide in will prevent them from having to constantly relocate. The instinct to run away and hide when dying doesn’t mean your cat doesn’t like you. It means solitary behavior is hard-wired in them, and they prefer to be alone to deal with whatever is happening inside of them.

How to Tell If a Cat Is Dying

Cats have perfected not showing signs of illness until they can’t hide it anymore. By the time that you notice something is wrong, the cat’s condition could be advanced. Signs that your cat is sick can be extremely obvious, but sometimes, they can be subtle and easily missed. Cats don’t like to show weakness and will hide a sickness as long as they’re able to, but a few things to keep an eye out for are:

If you notice any changes in your cat’s behavior, consult your veterinarian.

You know your cat the best and will be able to notice any signs of abnormal behavior or changes to their routine. While cats don’t always run off to die, they will seek out hiding places that enable them to feel safe while they’re ill or injured. This instinctual behavior doesn’t mean your cat doesn’t love you or want to be around you. It means your cat requires medical help or may be near the end of their life. Being aware of why this happens can prepare you for the inevitable and let you offer comfort and peace to your cat during their final days.

Can Cats Eat Minnows? What You Need to Know!

Are Hydrangeas Poisonous to Cats? What You Need to Know!

15 Celebrities and Their Famous Cats (with Pictures)