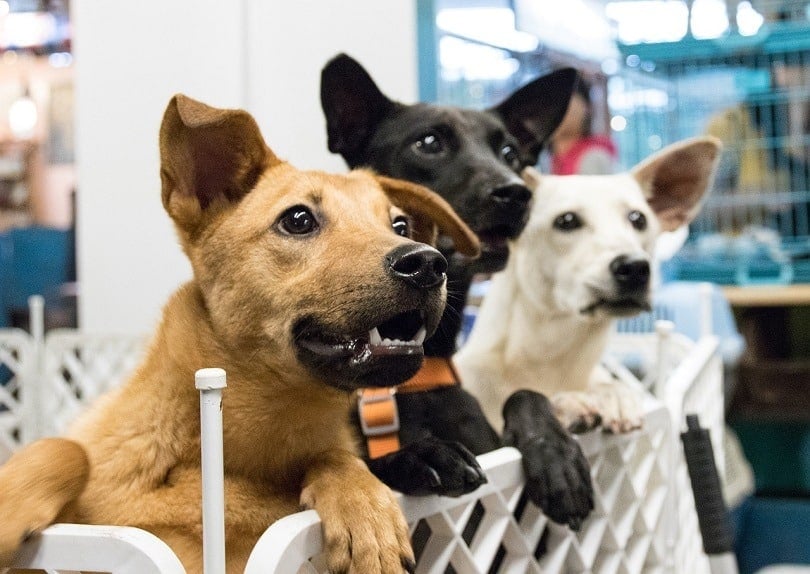 So, you’ve decided to adopt a new furry, four-legged member to your family. You’ve already made the first difficult decision, deciding to adopt rather than purchase from a breeder. But you’ve still got one more hard choice to make; should you adopt a puppy or an older dog?

If you’re struggling with this decision, don’t worry. You’re not alone. It’s a common question people spend considerable time pondering. The good news is that either way, you’ll be adding a sweet, loving, new best friend to your family, so you can’t really go wrong.

Still, there are pros and cons to adopting a puppy or an adult dog, so let’s dive in and see what the differences are. Hopefully, by the end of this article, you’ll know exactly what dog you need and you’ll be ready to head to the shelter!

What is the Best Age for a Dog to be Adopted?

If you’re looking to adopt a dog, you’re probably wondering if there’s an ideal age for a dog to be adopted. There’s a general rule that dogs shouldn’t be separated from their mothers until their eight weeks old. Until then, they’re still learning how to interact with others and fit into a pack. But aside from this, there’s no perfect age to add a dog to your life. It’s really a matter of preference since there are upsides and downsides to adopting a dog of any age.

Whenever kids ask for a dog from their parents, they’re usually thinking of a puppy. So are girlfriends, boyfriends, wives, husbands, or pretty much anyone who wants to add a dog to the family. They’re usually picturing those adorably cute little puppies with their big eyes and tiny bodies.

Puppies are a LOT of Work

What they’re not usually imagining is the massive amount of work that goes into raising a puppy. Puppies have no training. They’re not house-broken and they haven’t gone through all of their chewing phases yet. This means that you’ll have to deal with these phases and break the puppy of all the bad habits they could potentially form.

Puppies are Easier to Train

On the other hand, puppies are generally easier to train than older dogs. Everyone has heard the expression “you can’t teach an old dog new tricks.” It’s true that it’s very hard to break an old dog of bad habits. But a puppy is a blank canvas for you to train as you see fit, so long as you have the time, dedication, and patience.

If you adopt a puppy, you’ll have that dog’s entire life to spend with it. That could be 15 years or more! But an adult dog might already be halfway through their life. And with a puppy, you can ensure that everything possible is done to extend their lifespan, such as proper nutrition, plenty of exercise, and regular healthcare.

When you have a dog from a young age, you can form a special bond since you’re there for their entire life. You can’t form quite the same bond with a dog that’s already grown before you meet.

You Never Know What You’ll Get

When you get a puppy, there’s no telling what kind of dog it might grow up to be. You might think it will be one size, but it could be double that size or maybe only half as big as you expected.

Similarly, a puppy’s temperament is difficult to predict. As they age, they could change drastically. Granted, you’ll have some control over their temperament, but not completely.

Health concerns are also unpredictable. Your puppy might be healthy when they’re young, but there could be any number of diseases lying in wait and you won’t know until they become a problem.

Another consideration is the increased veterinary costs associated with puppies. Particularly in their first year, puppies are expensive. They need shots, deworming, microchipping, and more. This all adds up and can multiply the cost of your puppy overall.

Though most people likely aren’t picturing an adult dog when they think of adding a new canine to the family, there can be a lot of benefits to adopting an adult dog instead of a puppy.

They May Have Some Training Already

Most dogs have had some level of training by the time they’ve reached adulthood. At the least, they’re probably housebroken, which means far fewer accidents and messes that you have to clean up. Likewise, they’ve probably already gotten past a lot of the less enjoyable phases that puppies go through, like when they chew everything in sight!

You Already Know How They’ll Turn Out

Puppies come with a certain unpredictability. But older dogs can’t hide who they are. They’ve already developed specific traits and personalities, so you can get a great idea of exactly what type of dog you’re dealing with.

On the same note, you’ll be able to tell a lot about your dog’s health. Major health concerns have likely started exhibiting themselves by the time your dog is an adult, so you should be able to spot these in any dog you’re considering adopting. You’ll also know exactly how big they’re likely to get because they’ll already be fully grown!

Bad Habits are Hard to Break

On one hand, you might adopt an adult dog with some previous training. On the other hand, that training might not be good, or your dog may have some bad conditioning. For instance, they might take off in fear every time you grab the broom, due to some unknown event from their past. In this scenario, no one was harmed. But if something you do inadvertently makes your dog feel threatened, there’s no telling what their reaction might be.

The hardest part of dog ownership is eventually losing your best friend. It’s a reality that all dog owners have to face, but if you adopt an adult dog, that reality will set in much sooner. If you adopt a puppy and they live a long healthy life, you could have them for 15 years or more. But even if your dog is completely healthy, if you adopt them as an adult, you’ll have far fewer years together and the heartbreak of losing them will come that much sooner.

Who Should Adopt a Puppy?

If you’re going to adopt a puppy, you need to have plenty of time to devote to your new dog. This means that busy professionals might not be a great fit for a puppy. Neither are new parents raising a toddler. But singles, couples, and established families often have ample time to devote to a new puppy.

Experienced dog owners that know how to train and raise a dog from a young age will do well with puppies. But if you’ve never housebroken a dog before or trained them not to chew, then you might be in for a steep learning curve. Who Should Adopt an Older Dog?

If you don’t have enough free time to provide a puppy with their ample attention requirements, then an adult dog is a better fit. They won’t need as much constant attention as a puppy, and the attention you do give them can be spent playing together and having fun.

Never trained a dog before? You might consider getting an older dog, and specifically looking for one with some previous training. This could simplify the process, providing you with a dog that’s already trained and well behaved, and giving that dog a new chance with a loving owner.

Should you adopt a puppy or an older dog? Truthfully, there’s no right or wrong answer here. Both make excellent loving pets. It just depends on your situation and desires.

If you’ve got plenty of time to deal with housebreaking, training, and raising a puppy and you want the extra years you’ll get together, then a puppy is the way to go.

On the other hand, if you want all the love and great benefits that come with dog ownership, but you don’t want to deal with chewing phases, increased veterinary costs, and house training, then skip the tedious stuff and adopt an adult dog. They’ll grow to love you just as much and the same will be true for you. 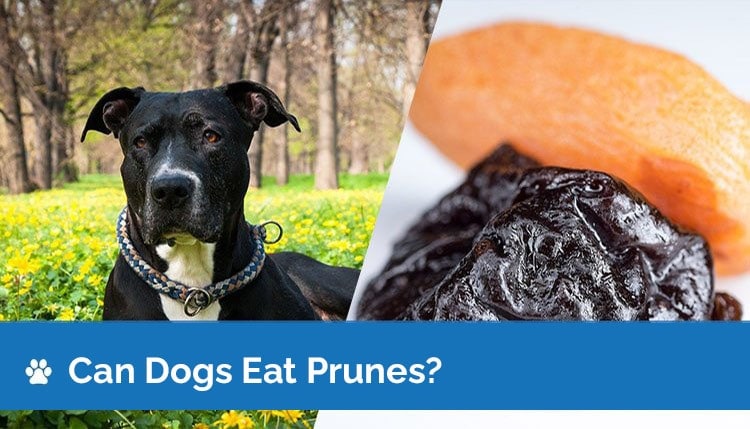 Can Dogs Eat Prunes? Are Prunes Good for Dogs? 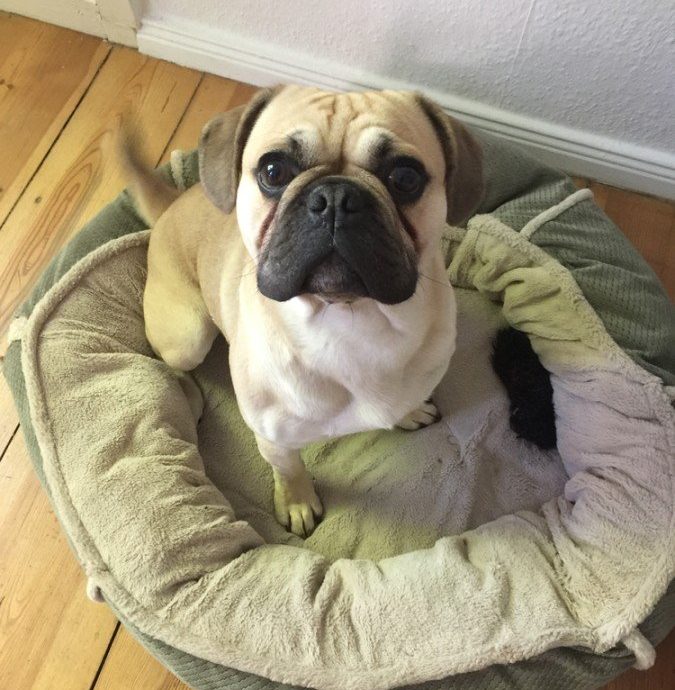 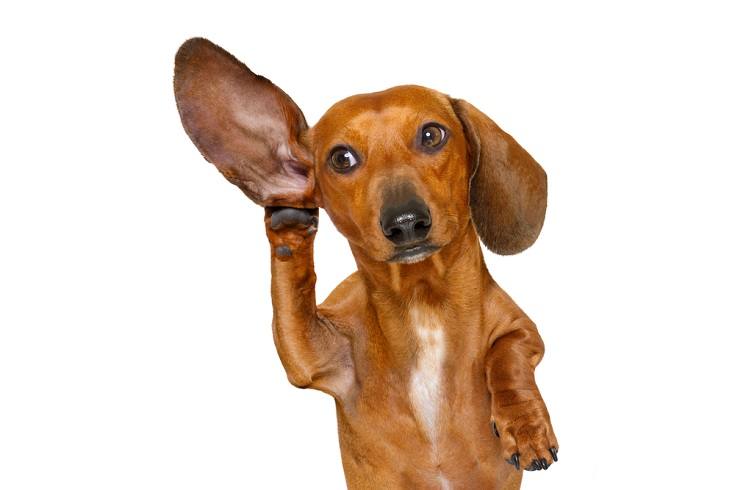 My Dog Doesn’t Listen to Me! 11 Easy Solutions & Tips