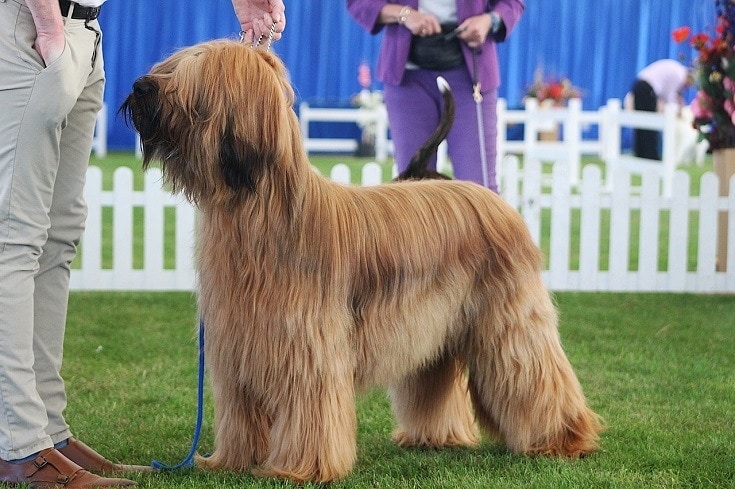 If you’re planning to go through the expense and hassle of purchasing a purebred dog, it makes sense to register him as such. After all, what’s the point of investing in such a regal animal if you can’t brag about his bloodline?

However, once you go to register your pup you might be in for a rude awakening. It turns out there’s more than one breed registry out there; there are three major ones, in fact. What’s the difference between them? And which one is the best?

In the article below, we’ll walk you through the difference and help you to make an informed choice. After all, there’s nothing more embarrassing for a dog than finding out he’s listed on an inferior registry.

The most well-known of all breed registries (in large part due to the big dog shows they put on every year), the American Kennel Club (AKC) is also the most influential. It has strict admission requirements, and being listed with them is quite the honor.

History of the AKC

As you might expect, the AKC was born out of vanity — organized vanity, to be exact.

In the late 19th century, many wealthy dog owners became obsessed with the beauty of their animals. This led to the forming of the Westminster Kennel Club Dog Show, which is basically a glorified beauty pageant for dogs. It was designed to celebrate the traits of purebred dogs — but squabbles soon erupted over what those traits were, exactly, and which dogs qualified as “purebred.”

This need for a regulatory body led to the founding of the AKC in 1884. It was created by an association of American and Canadian breeders, but the Americans soon kicked the Canadians out and refused to let them participate. Luckily, in the early 20th century the groups set aside their differences before we had a sequel to the War of 1812.

Getting Registered with the AKC

As you might expect of a group that once kicked out Canadians, the AKC can be horribly picky about who they associate with, and that extends to the dogs they’re willing to register.

To be eligible for registration, the dog’s parents must both already be registered with the AKC, and his entire litter needs to be registered as well. The pup has to be the same breed as both parents as well, which can sometimes cause issues if the dog came from a backyard breeder.

In some cases, DNA testing is required to prove a dog’s identity (because you can’t trust a dog not to have a fake ID, apparently).

Given that you have to jump through so many hoops to have your dog recognized, the benefits must be pretty amazing, right? You must get front-of-the-line passes for Disneyland or a credit card with no limit — or at the very least you should learn a secret handshake.

Sadly, none of that is true. All you get is a certificate recognizing your dog’s purebred status, as well as the ability to enter dog shows if you so choose. There is one cool feature that registration comes with, though, and that’s the ability to trace your dog’s lineage back for several generations.

AKC registration is largely used by breeders as a marketing tool, as it allows them to jack up their prices. However, registration is fairly cheap — less than $100 for a single dog. This is due to the fact that the AKC is the only non-profit registry currently available.

The Continental Kennel Club, or CKC (not to be confused with the Canadian Kennel Club), is much younger than the AKC, as it dates back to only the early 1990s. As a result, their registry isn’t as thorough, although it is much easier to get into.

History of the CKC

As you might expect given the fact it’s only been around since 1991, there isn’t a lot of history to the CKC. Even the reason for its founding is somewhat nebulous, as the organization claims it was started by “passionate dog breeders,” but it doesn’t explain why.

Many critics have alleged that the CKC was designed to allow sketchy breeders and puppy mill operators to make their dogs seem more valuable. As we showed above, it’s difficult to get registered with the AKC, but if you can get a registration that seems just as good, that should allow breeders to jack up prices on ill-bred dogs.

We can’t confirm or deny this, but we will say this: it is much easier to get registered with the CKC, and there have been many complaints made about the group to the Better Business Bureau. Does that make the CKC a scam? Not necessarily — but it certainly makes the AKC look good by comparison.

Getting Registered with the CKC

The CKC recognizes a lot more dog breeds than the AKC does — three times more, to be exact. They also don’t require any proof of purebred bloodlines.

Instead, they ask for two witnesses who will testify to the authenticity of the breed, as well as three pictures of the dog. Assuming the photos and testimony pass muster, all you have to do is pay their fees (around $50) and your dog is registered.

This is obviously much easier than getting listed with the AKC, but the downside is that it’s also much more likely to let mixed-breed dogs in.

The CKC also runs dog shows, but they’re not as prestigious as those put on by the AKC. However, registering with the CKC provides you with proof of ownership for your dog, and the company can get you discounts on dog supplies with many of their corporate partners.

The United Kennel Club (UKC) is an international version of the AKC, although it’s run on a for-profit basis. Rather than putting on dog shows, however, the UKC is more concerned with competitive events like agility trials, weight pulls, and obedience contests.

History of the UKC

The UKC was founded in 1898 by a man named Chauncey Z. Bennett. Bennett felt that the AKC was too posh and hoity-toity, and he wanted a dog club that was accessible to the common man.

Since he felt that dogs owned by rich people were often coddled, he believed that being able to perform feats of physical prowess was as important as looking the part. The club placed an emphasis on “the total dog,” rather than focusing merely on physical appearance.

The UKC originally only recognized bully breeds, although they now list over 300 breeds of all shapes and sizes. They’ll even register dogs that the AKC snubs, like the American Bulldog and American Pit Bull Terrier.

Getting Registered with the UKC

The registration requirements vary by breed and are different if you’re registering a single dog or an entire litter. However, you can expect to have to mail in paperwork and a $50 fee (of which $35 will be returned if your pup is rejected).

Like with the CKC, you’ll have to submit photos if your dog doesn’t have any proof of pedigree. However, the UKC will work with you if they feel your dog qualifies for a breed other than the one you applied under.

The UKC is a middle-of-the-road registry, as getting listed with them is more prestigious than the CKC but less so than the AKC. Still, it can potentially raise the value of a litter of pups by a decent amount.

Beyond that, getting registered with the UKC allows you to enter any of their competitive events, many of which are much more fun than your typical dog show.

If you’re wanting to register a purebred dog, the American Kennel Club is your best bet. It’s also the most discriminating, but that’s a big reason why it’s the top option out there. We’d recommend being suspicious of any breeder that’s advertising registration with the Continental Kennel Club, but the United Kennel Club is a reputable compromise.

Of course, unless you’re a breeder or fanatical about a particular breed, it’s worth wondering whether you should go through the hassle of buying and registering a purebred dog at all. After all, shelters are full of wonderful mutts that are every bit the companion that purebreds are, even if they don’t have the snooty papers to prove it.

Plus, do you really want to deal with a dog that’s constantly bragging about who his great-grandparents were?

How to Stop Aggressive Behavior in Dogs: 10 Tips and Tricks