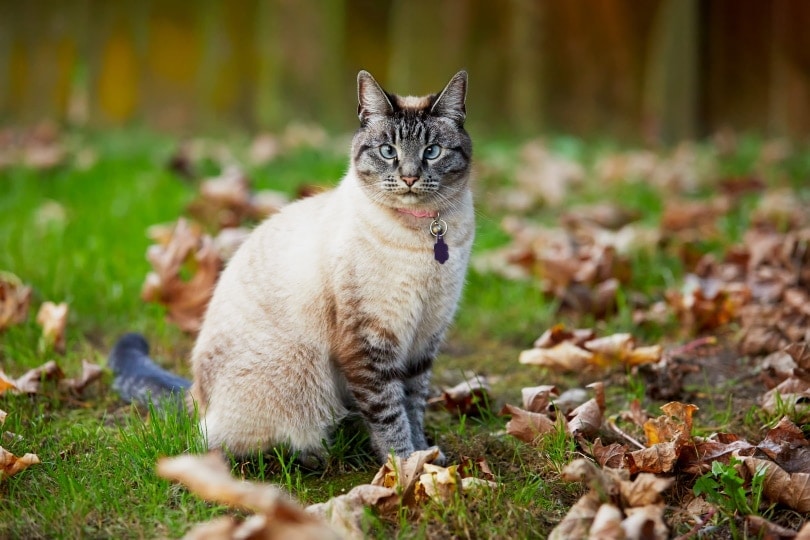 Siamese cats are some of the most beloved and easily recognizable cats in existence. They’re known for being very active, inquisitive, talkative felines that demand attention and tend to be a bit on the aggressive side. But there are many variations of Siamese cats. Some of these variations affect not only the breed’s appearance but also their temperament.

One of the more unique and interesting Siamese variations is the Lynx Point Siamese. This is a cross between a seal point Siamese and a short-haired tabby cat. The resulting offspring not only has a beautiful coat that’s similar in appearance to a lynx, but they also have a more laid-back temperament that makes them a better fit for many than the high-strung Siamese. Luckily, the Lynx Point Siamese cat isn’t particularly rare, so if you’re looking to add one of these spectacular cats to your family, you shouldn’t have too hard of a time finding one.

What Is a Lynx Point Siamese Cat?

Other Names for the Lynx Point Siamese

While Lynx Point Siamese is the proper name for this cat, it also goes by other names. In America, it’s sometimes referred to as a Lynx Colorpoint Shorthair, as it’s called by the Cat Fanciers Association. In the UK, The Governing Council of the Cat Fancy calls them Tabby Point Siamese instead.

Lynx Point Siamese cats are beautiful Siamese cats with many traits common to the breed, though they lack the intense and aggressive nature displayed by many Siamese cats. Rather, Lynx Point Siamese tend to be much calmer and more docile. They’ll spend more time lounging on your lap instead of provoking you to play, which many people could find to be a better fit than the ever-energetic personality of a standard Siamese.

Looking for more information on Siamese cats? Try these articles:

How Many Sounds Can a Cat Make? Which Are Most Common?

5 Cat Litter Deodorizer Plans You Can Make Today (with Pictures)