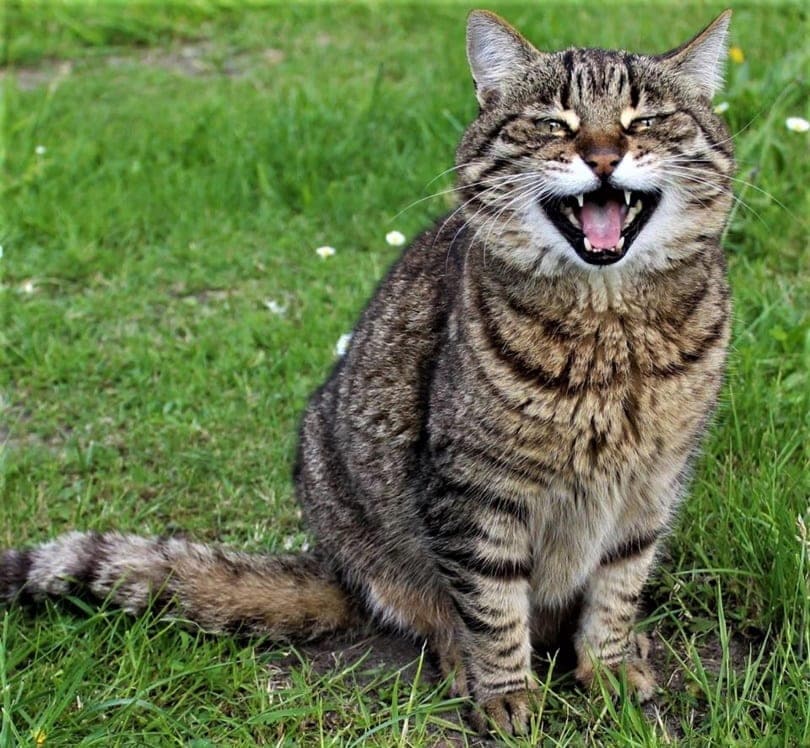 We know that our cats have emotions. Their biology and behavior are living proof that this statement is true. It’s easy to know when your pet is upset or content in its world. They show it physically with their posture, tail position, and vocalizations. It’s evident when a dog is happy. You can read it on its face. That begs the question, can cats smile, too? The answer is yes but in a different way.

The reasons that a cat may make this expression are varied, as they are with people. Remember that felines aren’t as emotionally mature as humans. Experts estimate that dogs are about 2 ½ years old on this scale. It’s more challenging to measure in felines because of the differences in domestication and humans’ interaction with cats.

Our relationship with dogs goes back between 20,000–40,000 years. It didn’t take long before humans realized how valuable their canine companions could be. That led to selective breeding by people to produce dogs with specific purposes and an innate eagerness to please. It wasn’t the same way with cats. Their primary job was to get rid of the pests.

Many people might consider trainability as one measure of intelligence. We don’t teach our cats tricks and commands, so we can’t gauge their IQ or ability to express emotions the same way. We must look at biology and evolution for answers to the question of whether cats can smile.

We can hypothesize that if humans and cats share some of the same DNA, that might equip them to express emotions similarly. We had a common ancestor with cats, dogs, and rodents about 94 million years ago. Felines and canines split off from the line about 55 million years ago. Today, cats share about 90% of our DNA. Interestingly, the figure for dogs is 84%.

Research has shown us that cats have a similar brain structure as humans. That gives both of us the ability to navigate our worlds alike. Our pets have an edge on vision and smell, but we get around with the same five senses to varying degrees. We also must consider how communication fits into this puzzle.

Cats have a decent vocal repertoire that they adapt to their living conditions. Research has shown that pets vocalize differently than their wild counterparts. These findings suggest a degree of intelligence and neuroplasticity or the ability of the brain to reorganize itself in response to stimuli. Our pets can learn and form long-term memories. The next thing to consider is the emotional side of the question.

Knowing When a Cat Is Happy

It’s no mystery figuring out when a cat is happy versus angry. They use several forms of communication to make their emotions clear. A content feline holds its tail upright, whereas an upset pet will puff it out or slap it repeatedly as a warning. That tells us our feline companion has feelings and won’t hesitate to express them.

Mammals produce a hormone called oxytocin, the so-called love hormone. It’s a factor in sexual relationships, birth, and social bonding. A review of the research on human-animal interactions suggests that this bonding time increases the chemical’s release in humans and their pets. Therefore, our cats can form attachments with us as we do with them.

We have established that the emotions exist that could communicate happiness and provide fodder for cats smiling. The next question we must ask is if felines have the physical capability to smile. That involves determining if their anatomy is on a par with ours to see if it’s even possible.

The structure and where the muscles involved insert into the facial bones differ in cats. They can use the buccinator muscle to chew and nurse like people. People, primates, cats, and dogs have a zygomaticus minor muscle that allows them to raise their upper lips. The so-called smiling muscle is the zygomaticus major muscle, which all possess. The cat does not.

The other thing to bear in mind is that felines are sending different signals when using these muscles. It can mean aggression as showing its teeth before a fight. It can also play a role in mating when cats use their Jacobson’s or vomeronasal organ to detect pheromones in the air. This structure sits on the roof of the animal’s mouth and supplements smelling or olfaction.

The zygomaticus major muscle is the structure that allows us to raise the upper corners of our mouths into this expression. One could probably make a case that dogs evolved similarly to communicate more on a par with their owners. Returning a smile could forge their bonds to become even stronger over time. That makes smiling an adaptive trait for canines.

All this information doesn’t mean cats can’t smile. It’s just that they have a different way of expressing it. We know that felines can show happiness and contentment. Cats are visual animals because that’s the primary sense they use to hunt. It follows that their eyes are also vital in communication. While they don’t smile as we do with our mouths, they use their eyes to convey the same emotion.

Research from the Universities of Portsmouth and Sussex has shown that cats will narrow their eyes and slowly blink them in an expression that is like the human smile. The pets use this action to communicate with their owners and will respond to them doing it. The scientists also found that cats were more likely to walk toward a human making the same gesture.

There’s no doubt that a smile is a welcoming expression on the human level. However, just because cats don’t have the same anatomy doesn’t mean they can show similar emotions. They merely use their most well-developed sense to take on the task. It’s worth noting that direct eye contact with a cat and human is a sign of affection.

Cats are expressive animals if you take the time to learn how they communicate. It’s not that they don’t show emotions or that they can’t feel them. Evolution just took them down a different path that put the twinkle in their eyes instead of a smile on their faces. The slow blink is a more intimate gesture that shows so much love if you think about it. It’s proof that cats have a tender side, too. 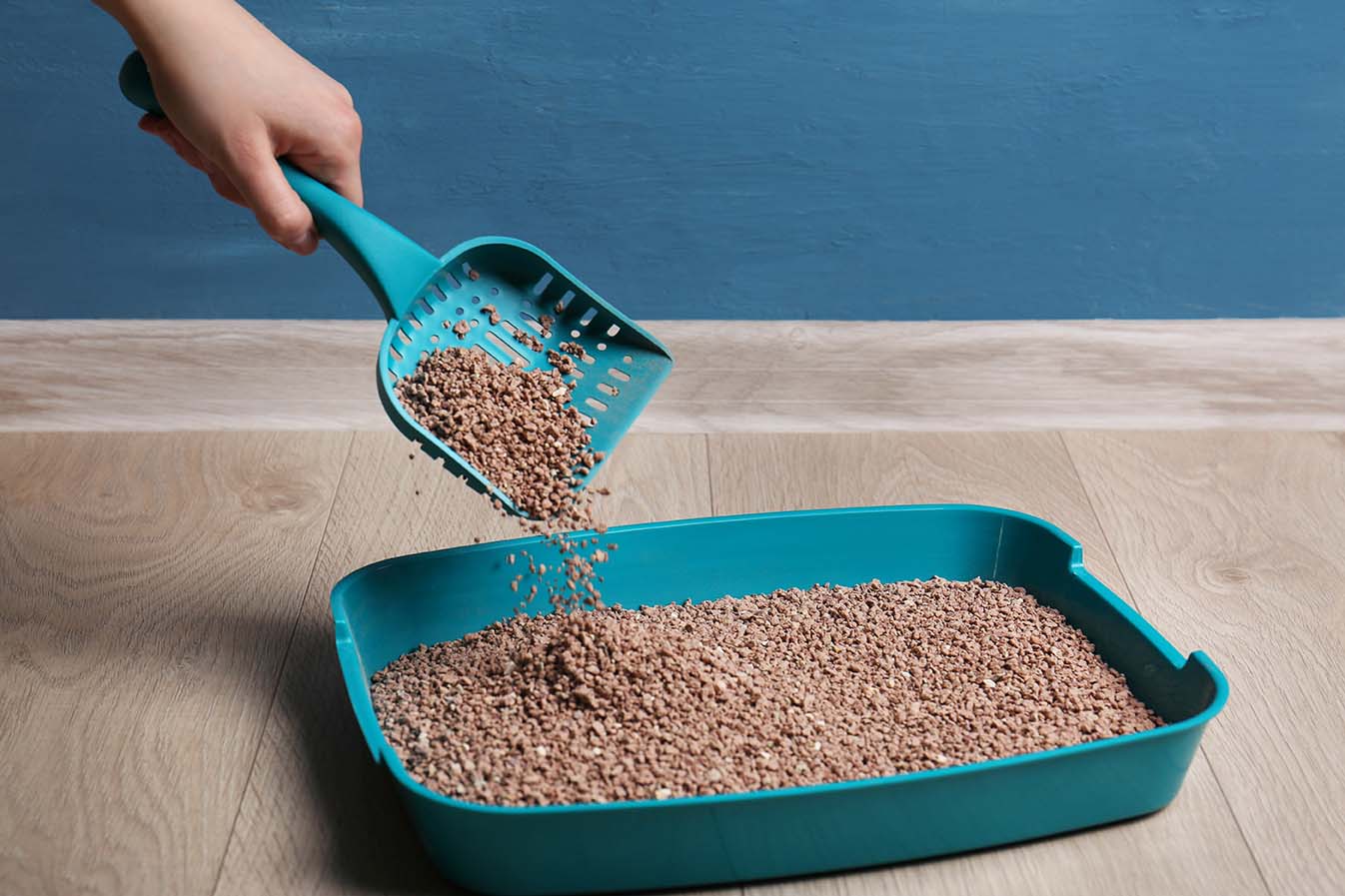 How Often Should You Replace Your Cat’s Litter? 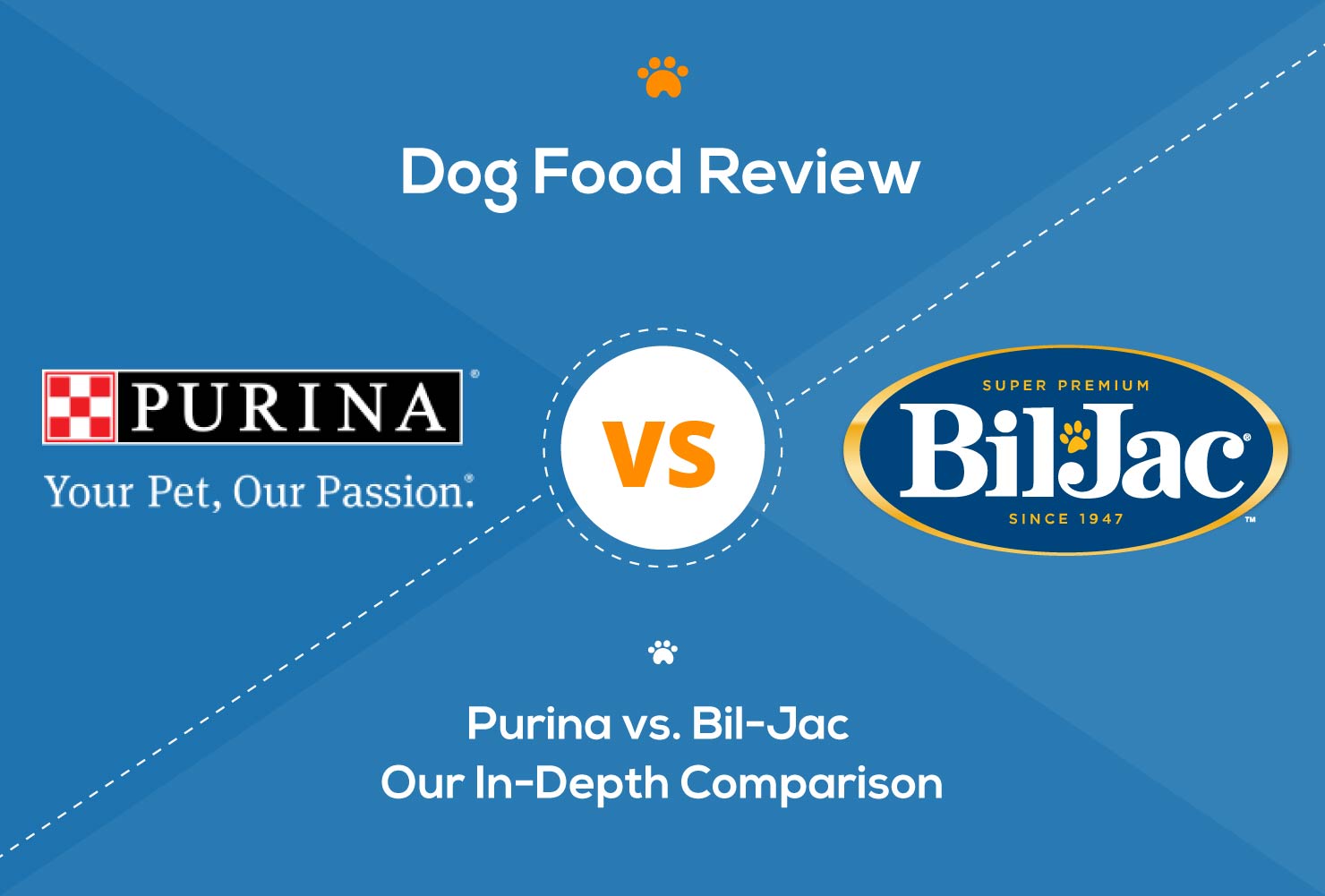 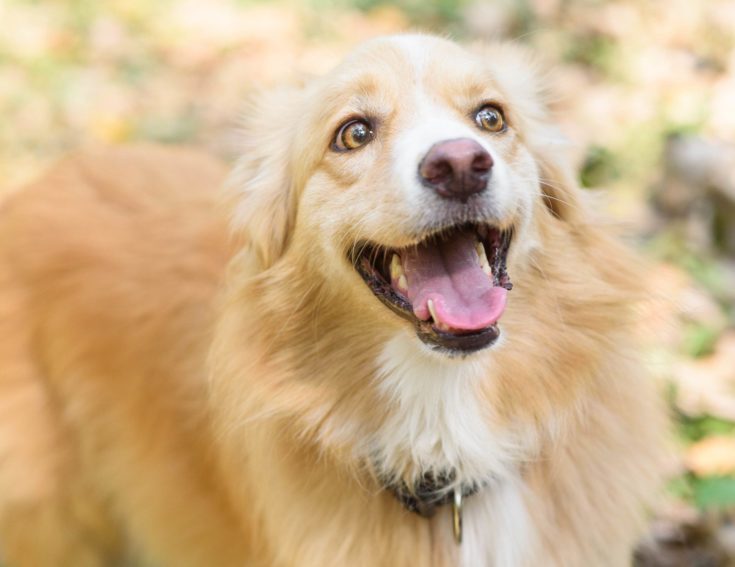 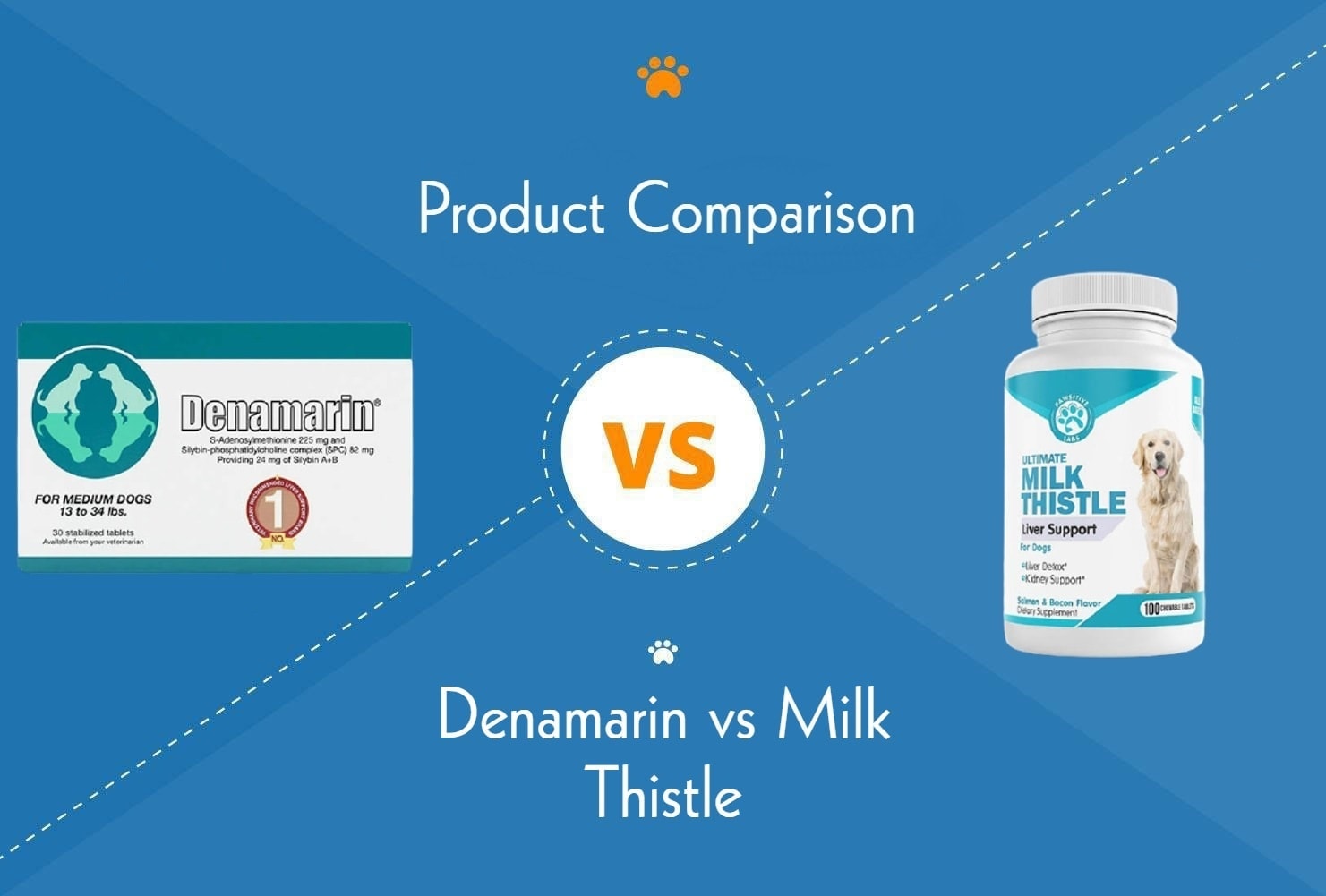 Denamarin vs Milk Thistle: We Asked a Vet