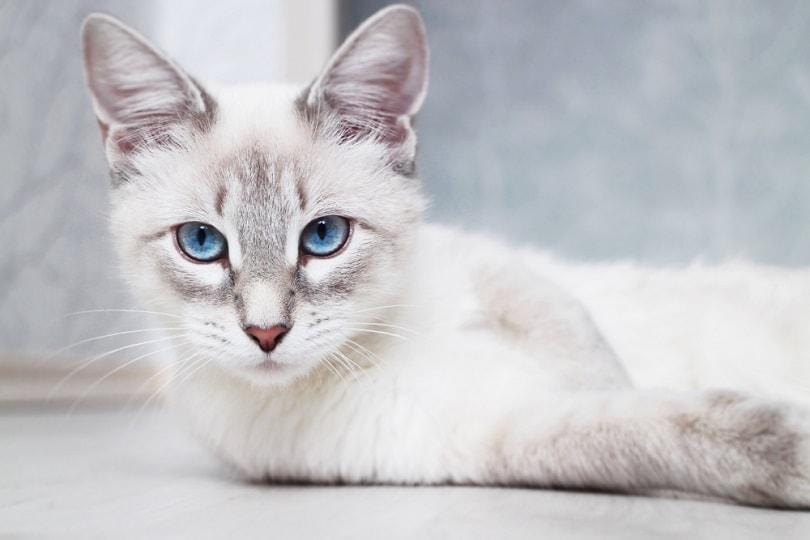 Siamese are well-known for having extremely short hair. However, this doesn’t mean that they don’t shed. In fact, Siamese cats often shed just as much as other felines. They are constantly re-growing their fur, which means that their old fur must fall out. With that said, their shedding is often less noticeable because of how small their hair is. This has led to the misconception that they don’t shed at all.

These cats may shed particularly much during certain seasons. During the fall and spring, they will often shed more extensively and may even need grooming. It is often recommended for owners to groom their Siamese during these periods.

There is a lot of confusion on where cat allergies come from and what constitutes a hypoallergenic breed.

When someone is allergic to cats, they are allergic to specific proteins that the cat produces. These are found in the dander, saliva, and urine of the cat. All cats produce these things, so all cats produce about the same number of allergens. It doesn’t actually have anything to do with the fur itself.

The only role that hair has in cat allergies is spreading the dander around. Often, a cat’s fur can spread their allergens around significantly. However, dander can travel quite far on its own, so it doesn’t need hair to spread.

In fact, there is no evidence for hypoallergenic animals at all, including cats. All cats produce the same amount of dander, saliva, and urine, so there is no way for one cat to produce fewer allergens than another.

Plus, Siamese do produce just as much hair as other cats, so even if fur had something to do with cat allergens, this breed still wouldn’t be considered hypoallergenic.

Despite this, they are often advertised as hypoallergenic. As we can see, there is no evidence that these statements are true. They’re for marketing purposes only, especially considering that the term “hypoallergenic” can be used by literally anyone about anything. It isn’t a regulated term or anything of that sort.

The Siamese does not follow any special shedding schedule when compared to other cats. If you own a cat, you can expect the Siamese to shed pretty similarly.

However, their hair may be so small that you don’t really notice the shedding. It won’t show up as much on your clothes or furniture, simply because the fur is shorter than other breeds.

Yes. Though these cats are often advertised as not shedding, they absolutely do shed. In fact, many can shed quite a bit. They often lose their coat about once or twice a year. During this period, they will shed more than normal. For this reason, we recommend grooming them during these times at least. A quick brushing session is all that these cats typically need.

On top of increasing brushing during these times, the Siamese may need weekly brushing when they aren’t shedding profusely. This will reduce the amount of hair that ends up on your furniture and clothes.

Because their fur is so short, you may not actually need to groom them outside of their shedding periods in order to keep your clothes clean. Many Siamese simply don’t produce hair that is long enough to be noticeable. It mostly depends on your particular feline and how sensitive you are to cat hair.

Despite some of the misconceptions, Siamese cats absolutely shed. Their hair is simply so small that it is less noticeable than other breeds. However, they still require grooming during certain periods and may need weekly brushing even when they aren’t shedding extensively.

This breed also isn’t hypoallergenic. There simply isn’t any evidence to support a hypoallergenic feline, especially since all cats produce the proteins that cause cat allergies.

In the end, you shouldn’t adopt a Siamese in the hopes that they won’t shed or set off your allergies. They are very similar to other cat breeds when it comes to their shedding amount.

Looking for more information on Siamese Cats? Check out our article on how long Siamese Cats live!

Can Cats Eat Liver? What You Need to Know!

How Do Cats Show Affection? 16 Signs That Your Cat LOVES You

Can Cats Eat Cheese? What You Need to Know!