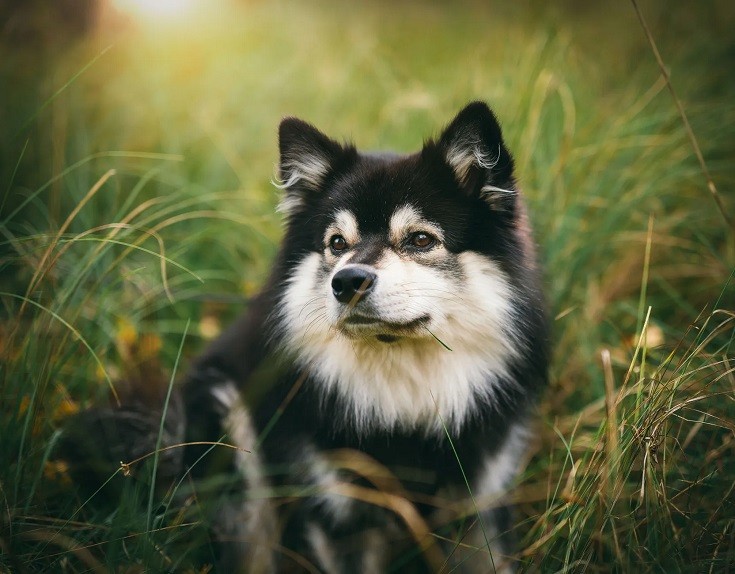 The Finnish Lapphund is a purebred dog that dates back thousands of years. While not famous around the world, this breed is renowned in places like Finland and Sweden. They’re also becoming popular among households in the United States and became recognized by the American Kennel Club in 2011. The large, agile dogs are loyal to their family members and maintain a pack mentality that requires a great deal of socialization.

Bred to herd animals, this handsome dog is strong yet patient and fun-loving. They’re happy to spend hours playing in the yard, but they don’t like being left alone for long periods of time. Finnish Lapphunds have thick coats suitable for arctic weather, so they tend to shed, especially during the summer months.

These dogs need plenty of exercise and don’t do well in isolated situations. Too much time alone can result in torn-up pillows, furniture, and clothing within your home. The Finnish Lapphund is an escape artist, so they should never be left in the yard unsupervised even if it’s fully fenced. Keep reading to learn more about what it would be like as the proud owner of one of these powerful dogs.

Finnish Lapphund Puppies — Before You Welcome One Into Your Family…

Are you wondering how much energy the average Finnish Lapphund has or whether they’re easy to train? Maybe you want to make sure that these dogs are social enough for your family’s expectations before deciding whether to adopt one. The following information should help you out.

These amazing dogs date back all the way to 7,000 B.C. and were originally raised by a semi-nomadic people in a large place called Lapland, which covers parts of countries such as Russia and Finland. As the people evolved, so did the dogs, and they become herders of reindeer as time passed.

Finnish Lapphunds instinctively use their voices to control the animals they herd. So, even in household settings, they tend to bark frequently. They’ll bark when visitors show up, they’ll bark when they are excited, and they will even bark when they’re overtired or feeling ornery. It’s important to train this breed to know when they should or shouldn’t bark at any given time.

Due to their natural ability to herd animals, the Finnish Lapphund is extremely agile and can out-run and out-jump most humans. They can also escape from tall fences and jump over large obstacles, which makes it tough to keep them enclosed in a yard when they aren’t being supervised.

Temperament & Intelligence of the Finnish Lapphund 🧠

Finnish Lapphunds are highly smart and adaptable. They take well to obedience and agility training. They’re extremely affectionate with their family members, whether humans or other animals. The Finnish Lapphund is quick on their feet, so they should always be leashed when out in public. They love to play games, whether with toys or by using their imaginations.

Eager to please, the Finnish Lapphund won’t let you down when it comes to obedience and sociability. You can take these pooches on camping and hiking adventures or just hang out around the house after a nice long walk. But make no mistake, this is a breed that looks forward to their daily exercise.

As much as their bodies need to be exercised, Finnish Lapphunds need to stimulate their brains daily. The typical Finnish Lapphund would prefer to herd animals. But if this isn’t possible, they can be happy with puzzle toys like Kongs and games of fetch in the yard.

With proper training and socialization at a young age, Finnish Lapphunds can get along extremely well in family households that include children. Younger children may accidentally get pushed over or hit with a wagging tail occasionally, but the Finnish Lapphund is never aggressive and wouldn’t intentionally endanger a child. Growing up together will create a strong bond between a child and a Finnish Lapphund dog as they get older.

Most Finnish Lapphunds get along well with other dogs, especially if they have been exposed to social experiences from a young age. These dogs should be introduced to other dogs in a neutral environment whenever possible to ensure proper etiquette and non-aggressive behavior. When it comes to getting along with other animals like cats, it depends on the individual Lapphund.

Some find cats to be suitable friends, while others look at them more like prey. Cats and other small animals should be introduced to these dogs when they’re still young puppies if they’re be expected to get along with them or live in the same household.

Things to Know When Owning a Finnish Lapphund

There are food and exercise considerations to make when deciding whether to adopt a Finnish Lapphund. You should also know about things like grooming and training to ensure that you can meet all your new pup’s needs as they age into adulthood.

The higher energy levels that these dogs tend to have means that they need to eat at least 2 cups of dry dog food or the equivalent of wet or homemade food each day. Some dogs eat much more but not many eat less. Your veterinarian can recommend high-quality food options to consider for your dog, but no matter what you choose, it should be developed specifically for large dog breeds to ensure optimal nutrition.

High-quality protein is the most important ingredient that should be included in your dog’s food. Fillers like chicken meal and corn may help fill up a Finnish Lapphund, but these won’t provide the dog with all the important nutrients they need to build lean muscle and a strong, tall body. Look for foods that contain real beef, chicken, pork, lamb, or fish as the first ingredient.

These dogs don’t bounce off the walls with tons of energy throughout the day, but they do get restless and tend to feel mischievous if they can’t get out for a long walk at least once a day. As working dogs, Finnish Lapphunds always seem to be looking for something to do.

They shouldn’t be expected to sit around the house for long periods of time and instead, should be provided with toys and activities to stay busy when it’s light outside. Activities such as fetch, hide-and-seek, and tug-of-war will help keep this dog’s brain stimulated when physical activity outside isn’t a possibility.

Training is an essential part of raising a Finnish Lapphund. These dogs need to learn how to direct their energy to positive outlets, which is something both obedience and agility training can provide them with. Obedience training should begin as soon as a new Finnish Lapphund puppy is brought home. If you’ve never trained a dog before, consider hiring a professional to help you out at home until you get the hang of it.

Agility training can begin once obedience training has been thoroughly implemented. These dogs do great in a competition setting, but they enjoy backyard agility sessions just as much. You can find agility equipment at pet stores to create your own course in the yard.

Finnish Lapphunds have thick, double coats that tend to get matted if they aren’t brushed regularly. These dogs should be combed or brushed at least once a week, especially in areas where matting is most prevalent, like behind the ears and between the legs.

This breed should be exercised daily, which will help keep their nails nice and trimmed. Like any dog, this breed’s teeth can develop cavities and other problems, so dental chews should be offered as treats a couple of times a week.

Luckily, the Finnish Lapphund is generally healthy throughout their life as long as they’re fed, exercised, and cared for properly. However, there are a few health conditions to be aware of, whether you currently own one of these dogs or you’re thinking about adopting one.

Male Finnish Lapphunds are typically larger and more muscular than females, which naturally makes them a bit stronger overall. Males also tend to have thicker coats and require more grooming than their female counterparts. Otherwise, traits found in male and female Finnish Lapphunds are usually due to their individual personalities. Both males and females make great pets, and neither should be overlooked just because of their gender.

The Finnish Lapphund is a gorgeous purebred dog breed that may not be as popular as other breeds but is still impressive. They’re loyal, compassionate, agile, and family-friendly. They do require a great deal of exercise and training, but the work you put into one of these dogs will be well worth it in the end.

Have you ever met a Finnish Lapphund in person? What was your experience? Share your thoughts and tips with our community, and help other Finnish Lapphunds owners such as yourself succeed as puppy parents!