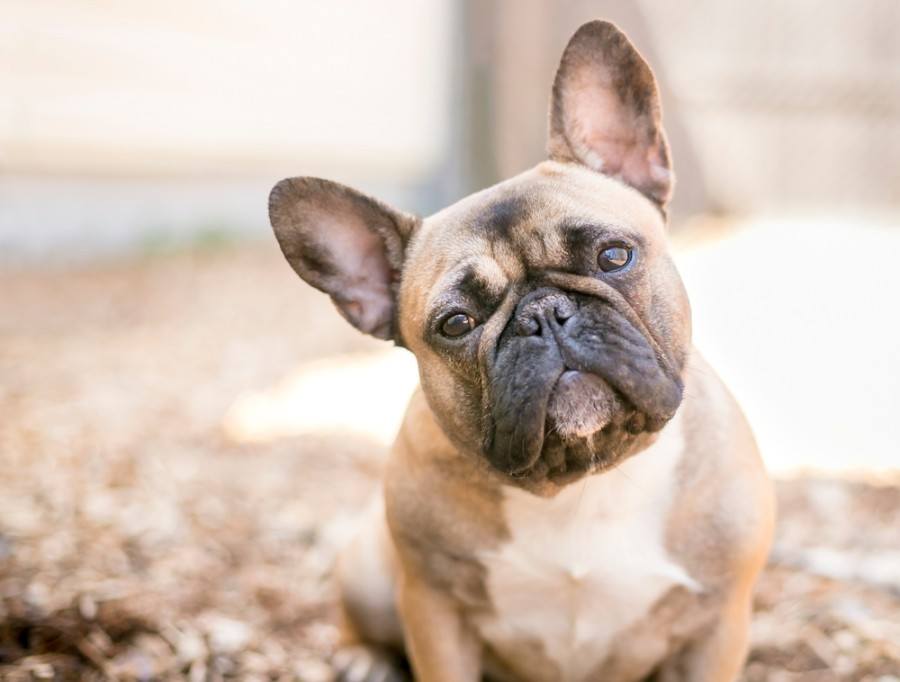 What do you get when you cross two of the country’s most popular breeds? The Free-Lance Bulldog, of course! You get the adorable face of the French Bulldog with his bat-like ears and the muscular body of the Bulldog in one sweet and affectionate canine. This pooch is easygoing and can call just about anyplace home.

The Free-Lance Bulldog is a friendly pup, even if he has a willful streak. He is smart and relatively easy to train, too. His needs are few, which makes this hybrid an excellent choice for new pet owners looking for a dog that isn’t intense but won’t turn away from an occasional game of catch. All of these traits add up to a worthy choice for a new addition to your household.

Free-Lance Bulldog Puppies – Before You Get One…

The first thing that a Free-Lance Bulldog pup has going for him is how cute he is. Despite his larger size, this dog and his laid-back personality are a good fit for families or individuals. They are not prone to separate anxiety like some pets, but how could you ignore that adorable sweetie? The Free-Lance Bulldog is an affectionate canine and loves lots of attention

The Free-Lance Bulldog is adaptable, but he doesn’t tolerate temperature extremes on either end of the spectrum. Also, the Bulldog in him is a brachycephalic breed, which means he’s not a fan of long walks, either. After all, both parents are from the Non-Sporting Group. His ideal day is a moderate amount of play, following with some cuddling.

1. The Industrial Revolution Brought the French Bulldog to Paris

The French Bulldog began life in Nottingham, England as a companion for the local lacemakers. All was good until the Industrial Revolution changed these artisans’ livelihoods forever. They took their craft and their pets with them to France. It wasn’t long before this cute pooch found its way to the Paris cafe scene.

2. The Bulldog Recovered from a Rough Start in Life

Bulldogs get their name from a now-banned activity that nearly cost them their existence, bullbaiting. The object of it was just as the name implies with an enraged but confined bull attacking the canines. Once the government made the sport illegal, admirers selectively bred the remaining dogs to the lovable pooch we know today.

3. The Tough Image of the Bulldog Continues to This Day

Other than being stubborn occasionally, anyone that knows the Bulldog is a softie at heart. You won’t know that from his role as the first mascot for Yale University, an adorable pooch named Handsome Dan. Just don’t tell Uga from the University of Georgia.

Temperament & Intelligence of the Free-Lance Bulldog 🧠

Free-Lance Bulldogs are sociable animals that enjoy time hanging out with their families. They are easygoing and love to play. They are intelligent, too. The Bulldog in him is sometimes stubborn. However, neither of the parent breeds are barkers. These dogs adapt well to their homes, whether you have a house with a big backyard or an apartment. He’ll be happy if he gets enough attention.

Free-Lance Bulldogs make excellent family pets. They are also good watchdogs, yet they are stranger-friendly—once they get to know them. Because of their size, these pups sometimes might not realize their strength when playing with small children. Parents should supervise playtime to make sure that no one gets hurt since they have a moderate tendency toward nipping.

The Free-Lance Bulldog will fare best in a single-pet home. His unfortunate past and his staunch loyalty to his family might get in the way. Rest assured that selective breeding has removed the fighting instinct in this dog. Neither of the parent breeds has a strong prey drive. However, it’s not unusual for them to show a territorial streak, which can affect how they get along with other pets.

Things to Know When Owning a Free-Lance Bulldog:

Both parent breeds have their share of issues and quirks. Knowing upfront what you may encounter is the best way to ensure a happy dog-owner relationship. Some things are minor, like choosing the right food for him. Others are more serious, such as potential health conditions. Our guide will discuss the most important things you should know about to make informed decisions.

The size of the Free-Lance Bulldog puts him squarely in the medium dog category. Your choice of food is one that is formulated for these pets and their specific dietary needs. Unlike smaller breeds, this puppy will mature slowly. That’s an essential thing to bear in mind, especially combined with his lower energy levels.

You should keep your Free-Lance Bulldog puppy on a regular feeding schedule of up to three meals a day until he is three months old. Then, you can reduce it to one or two times a day, depending on his weight, activity level, and appetite. The recommendations on the back of the bag aren’t necessarily a hard-and-fast rule. Use it as a guide only.

Both parent breeds have a higher tendency to gain weight. That means monitoring his food intake closely. We recommend that you refrain from giving your Free-Lance Bulldog any table scraps. Also, reserve treats as a training aid. After all, it’s much easier to prevent those extra pounds than trying to take them off, especially with a pooch that is so laid-back.

Despite his playful nature, the Free-Lance Bulldog isn’t the most active dog. You must take the lead to ensure he gets enough exercise on a regular basis. It’s also an excellent time to socialize him with contact with other people and pets. The Bulldog is sometimes stubborn and may pull on his leash. We suggest letting him set the pace on the walks. The Free-Lance Bulldog is not a sprinter.

Both parent breeds are friendly and quite agreeable. That makes training easier when you have a dog willing to cooperate. Treats are an effective, positive reinforcement if his stubbornness gets in the way. The Free-Lance Bulldog is moderately sensitive to stern reprimands. You’ll have better luck if you encourage him gently but firmly.

Early socialization is imperative with any dog, but more so with larger dogs, especially if you have children. Make sure your kids know to respect your pet’s space and not try to take away a toy from him. Luckily, the Free-Lance Bulldog doesn’t have a strong sense of wanderlust or prey drive. However, the French Bulldog in him can get intense sometimes in his play.

Both parent breeds shed regularly. You should plan on brushing your Free-Lance Bulldog at least two or three times a week. It’s also an excellent opportunity to check his skin for any signs of irritation or fleas and ticks. This hybrid stays relatively clean on his own. You may only need to bathe him a few times a year unless he gets into something he shouldn’t.

The Orthopedic Foundation for Animals (OFA) recommends several examinations and evaluations for both the Bulldog and French Bulldog, including ones for hip and elbow dysplasia. Reputable breeders will guarantee the health of their puppies with the documentation for these recommended tests. They will give you the peace of mind you need when choosing to bring a new pet into your home.

The cross with the French Bulldog shaves off a lot of pounds and reduces the size difference between male and female Free-Lance Bulldogs. Both sexes are equally friendly, especially if you get them altered at the appropriate time. If you don’t plan on breeding your dogs, be responsible, and get your pet spayed or neutered.

The Free-Lance Bulldog will capture your heart the first time you lay eyes on him. He’s cute with enough playfulness in him to make you smile. While sometimes spirited, he is eager to please, deep down. Early socialization and plenty of attention will go a long way toward building a happy relationship with your pet. Your pup will return in kind with lots of love and affection.