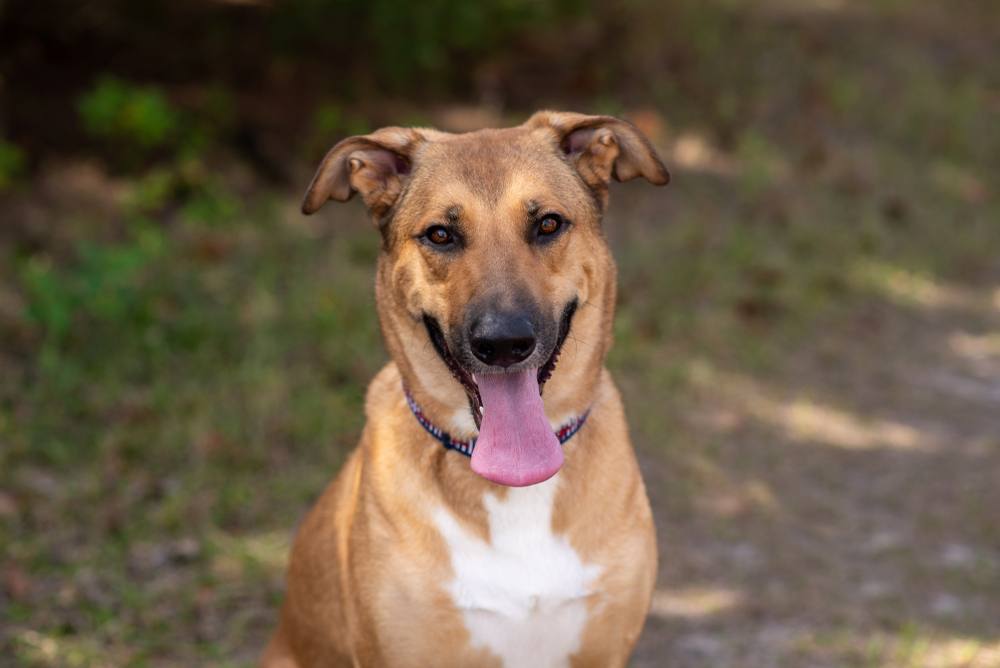 The German Anatolian is a large dog with independence bred into them. They are hybrid crosses of German Shepherds and Anatolian Shepherd dogs that are native to areas of Turkey. Both of the dogs were initially bred to act as herding and guard dogs, hence their size.

Although this dog is considered a designer dog, it is not yet prevalent. Part of this is down to their temperament, being big and stubborn. They require a firm hand and a consistent trainer, preferably one who has experience handling dogs of this size.

Although they don’t require extensive grooming, these dogs shed quite a bit. They also have been bred for hundreds of years to be devoted to their flock and on-guard around strangers. These traits often make them territorial.

German Anatolian Shepherd Puppies — Before You Get One…

1.  Early socialization is more important than usual for this crossbreed.

The German Anatolian Shepherd is a cross of two dogs well-known for being protective and territorial. They were bred to have these traits hundreds of years ago.

In modern-day homes, this territorial behavior can come across as aggression and may not be useful anymore. If you want your German Anatolian Shepherd pup to get along well with other dogs or behave benignly when a neighbor comes over, training them through socialization as early in their lives as possible is essential.

2.  German Anatolian Shepherds can trace their history past the Byzantine era.

These dogs have been bred by two parents that can trace their lineage and usefulness all over the world. The German Shepherds were developed in Europe in the late 1800s to act as herding and guarding animals over their flock. They have boundless energy bred into them.

To understand the history of the Anatolian Shepherds, we must look to Turkey. Long before the country of Turkey was even established (some say 6,000 years ago!), these dogs were bred for fighting and hunting large animals.

As the times changed, they became a standard shepherd’s dog, wandering the hills of Turkey and protecting their flocks with their lives. They were crossed with similar dogs from this point to allow them to blend into the flock better and make them more effective protectors.

3.  German Shepherds were one of the first police dogs.

As many of us know from Hollywood movies, German Shepherds are common dogs to see in the police force nowadays. Their breeding set them up well for this task because the Germans initially bred the most loyal, obedient, and responsive dogs.

Before they even came to America, the Germans began to train them as police dogs. They believed that because of the dog’s courage, trainability, and sharp sense of smell and sight, they would be the perfect canine candidate.

The Anatolian Shepherds and the German Shepherds can have contrasting personalities, making the temperament of a hybrid puppy more subjective to the specific genes it inherits.

Anatolian Shepherds are typically serious dogs that take seriously whatever job they are assigned. They usually are patient, gentle giants.

The issues come with those whom they believe don’t belong. Although they are not guaranteed to be aggressive with strangers, they are naturally territorial. That patience and gentility can quickly disappear with the arrival of newcomers. These dogs are independent and have powerful instincts that they strictly follow.

The German Shepherd, on the other hand, can have personality types that range from independent to social, quickly severe, and irritated to excitable and jumpy.

The best way to get a somewhat accurate idea about the temperament of your new pup is to talk to the breeder. Ask them about the parents’ traits and seek out honest answers.

A German Shepherd & Anatolian Shepherd Mix should not be the top picks for a family dog. Although they can offer protection and a gentle spirit, they generally present too much of an unknown for busy family situations.

If the desire for the dog is stuck firmly in your heart, just know that more care needs to be taken around these dogs, as well as extra training. If you are accustomed to handling large, downright stubborn pups, then these shouldn’t present too much of a problem.

The German Anatolian Shepherd has the potential to get along well with other pets. In this breed, this is primarily down to the amount of socialization they receive. Socialization should also be a distinct layer of their training to shape the way they act toward new pets and people.

Take care when introducing a new pet to the house, no matter the breed. A German Shepherd & Anatolian Shepherd Mix is often territorial and will need time to accept the other animal as part of the flock. Once they have chosen them as a friend, they will not have any other issues.

Things to Know When Owning a German Anatolian Shepherd

Reserve ample space in your wallet when you budget food for this dog. The German Anatolian Shepherd is quite an active dog. If they have inherited more of the German Shepherd genes, they will want to be extremely active.

Look for a dog food formulated especially for large dog breeds. Try also to find one made for high-energy dogs, which should have extra protein content. These dogs need around 4 cups of food a day.

Keep variation in their diet, supplementing kibble with green beans, cooked rice, and sweet potatoes. They will thank you for it, as will their digestive and immune systems.

Although Anatolian Shepherds are quite calm dogs, they are still bred to be working dogs who can walk or trot for many miles each day. The combination with the high-energy German Shepherd makes for a great deal of required activity each week.

The recommendation is to keep these dogs in an area with a large yard to run in, to help burn some of that energy off. They need around two hours of consistent activity each day, making them great working farm dogs.

Their high activity needs make them a good fit for active singles if they don’t live in an area where they can be put to work. Take them on long runs or walks, hikes, or to the dog park. It is recommended that they run, walk, or hike around 14 miles each week to keep healthy.

One of the most important things to remember about Anatolian Shepherds and any of its crosses is that brain stimulation is just as important as physical. These dogs are not only intelligent but also prone to negative and destructive behavior if they get bored.

The trainability of the German Anatolian Shepherd highly depends on the genetics they have inherited. German Shepherds are one of the most trainable dogs in the world, bred to be responsive. Anatolian Shepherds, though, are stubborn and independent.

When training this dog, establish your dominance early on. Take care not to be aggressive or oppressive because this will only exacerbate issues with stubbornness.

German Anatolian Shepherds do well in cold climates because of their thick undercoat. Although, it can be quite the chore when it comes to their grooming and shedding. They keep themselves clean, though, and only need bathing a couple of times a year.

To deal with its coat, brush them out two to four times each week. This process removes the dead hair and prevents any tangling in the coat.

They do shed all year round, but the transition from warmer to colder seasons brings on the phase known as “blowing their coat.” This phenomenon is when they lose much of their undercoat to better regulate their body temperature during hot periods of the year.

Use a pin brush to detangle and a slicker brush, de-matter, and a comb to prevent as much shedding around the home as possible.

As with any dog breed, watch their nails and trim them when needed. If they get as much exercise as they should, this shouldn’t need to be done that frequently.

Since German Anatolian Shepherds can have floppy ears, they are somewhat prone to ear infections. Check their ears and clean them at least once a week to prevent any problems.

Hybrid breeds have the potential to inherit health issues from either of their parents. The German Shepherd is known to suffer from many joint and heart problems as it ages. To try and avoid adopting a puppy with a bad health record, check the health of the parents with the breeder.

The large, fluffy German Anatolian makes a unique pet. They may not be the first dog to consider when you’re looking for a family dog and have young kids, but they are perfect matches for those who love to exercise and want a canine companion.

German Anatolians are meant to be working dogs and take their assigned duties seriously. This trait can bring out their protective side, which may flesh itself out in aggression if not appropriately trained.

These dogs make wonderful pets but need a firm trainer, preferably one accustomed to handling large, stubborn dogs. Don’t let them get bored in order to stop them from chewing or other destructive behavior.

If you think you are the kind of person ready to handle such a dog, a German Anatolian could make the perfect pet.