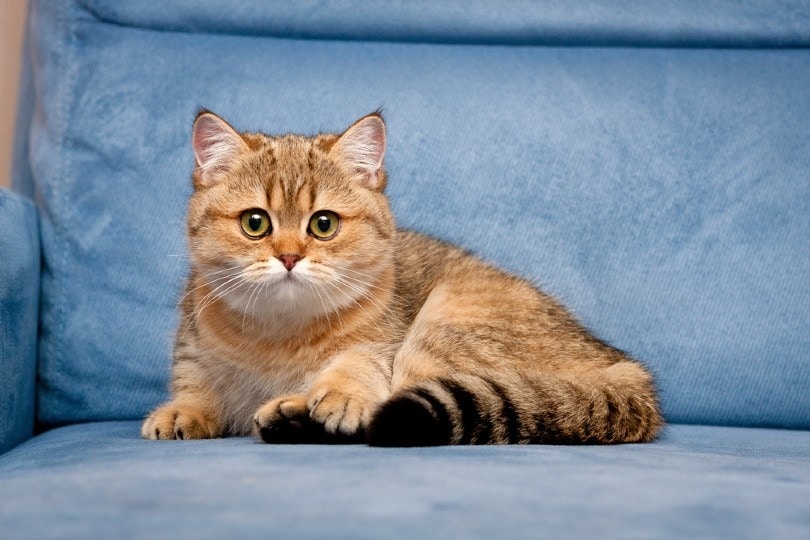 Many of us think of the classic blue of a British Shorthair, but they also come in a range of other stunning colors. One of the most unusual is the Golden British Shorthair. It’s quite possible that as soon as you lay eyes on this color, you’ll be completely smitten!

If you’re ready to find out more about these stunning cats, we’ll tell you everything that you need to know here.

The British Shorthair is one of Britain’s oldest cat breeds and is thought to descend from cats brought to the country when the Romans invaded. They’re an incredibly popular breed due to their docile natures, friendly personalities, and laidback attitude.

The Golden British Shorthair has one of many different coat colors found in the breed, although it’s also one of the rarest.

The British Shorthair is known for their kind and affectionate natures, and Golden British Shorthairs are no different. These cats are a great choice for families looking for a gentle cat. They’re patient enough to get along well with small kids and other pets. They love spending time with their families, but they’re not overly keen on being picked up.

British Shorthair cats come in many different shades, but golden colors are among the most unusual. You may need to pay a premium price to get one of these distinctive little kittens!

3. They put on weight easily

Golden British Shorthairs love their food, and when combined with their laidback personalities, this can make it easy for them to put on weight. Make sure to take the time to encourage your cat to play for at least 20 minutes per day, and don’t feed them too many treats! Interactive toys are a great way of encouraging your cat to stay active. Speak to your vet if you think that your cat is getting too heavy, as obesity can cause a range of health problems, including diabetes and osteoarthritis.

In the Cat Fanciers’ Association (CFA) breed standard for the British Shorthair, one golden color is classified as “Shaded Golden” and described as: “The undercoat is a rich warm cream color, with a mantle of black/dark brown tipping. The coat on the back, flanks, head, ears and tail should be tipped with color. The tipping should be evenly distributed and it is the even distribution rather than the degree of tipping which is of paramount importance. The legs should show tipping which will decrease towards the paws, but which should be as even as possible. The chin, stomach, chest and under tail is a pale apricot color. Nose leather: brick red may be outlined in black/brown. Paw pads: black/dark brown. Eye color: green or blue-green.”

You’ll also see another golden color classified as “Chinchilla Golden,” described as: “The undercoat is pale honey to bright apricot. Coat on back, flanks, head and tail sufficiently tipped with black to enhance a golden appearance. Legs and end of tail may be shaded with tipping. Chin, ear tufts, stomach and chest to be consistent dilute color, much lighter in tone than the undercoat color. The general effect is lighter than a shaded golden due to less tipping. Rims of eyes, lips and nose outlined with black. Nose leather: pink. Paw pads: black. Eye color: green or blue-green.”

Otherwise, the Golden British Shorthair shares the same characteristics as any other British Shorthair: They have thick and plush coats, a stock and muscular body, and a rounded face with adorably chubby cheeks.

Most breed registrations, like the CFA and The International Cat Association, will keep lists of registered breeders, and this is a good place to start your search. Breeders have to sign the code of ethics for the particular organization, so you can be confident that they’re reputable.

You should still request a few things from breeders, including:

Most British Shorthair kittens will cost between $1,000 and $2,500, but you may find that you need to pay more for a Golden kitten due to their rarity.

The Golden British Shorthair is one of the most eye-catching colors that this popular and distinctive breed comes in. These adorable cats are friendly and laidback and love hanging out with their families. Golden British Shorthair can cost a bit more than some other colors that the breed is found in because they’re a little more unusual. If you’ve got your heart set on one of these beautiful golden kitties, though, the price is well worth it!

Emma is a freelance writer, specializing in writing about pets, outdoor pursuits, and the environment. Originally from the UK, she has lived in Costa Rica and New Zealand before moving to a smallholding in Spain with her husband, their 4-year-old daughter, and their dogs, cats, horses, and poultry. When she’s not writing, Emma can be found taking her dogs for walks in the rolling fields around their home…and usually, at least some of the cats come along, too! Emma is passionate about rescuing animals and providing them with a new life after being abandoned or abused. As well as their own four rescue dogs, she also fosters dogs for re-homing, providing them with love and training while searching for their forever homes. 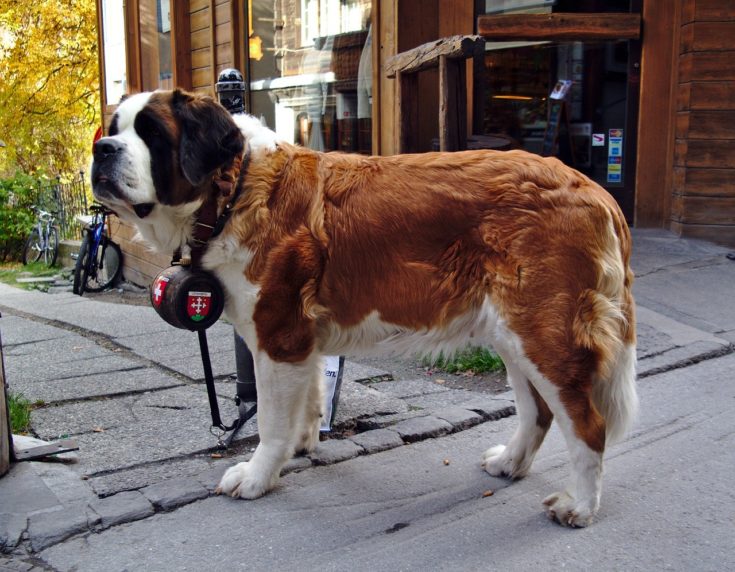 13 Dogs That are Similar to St. Bernards 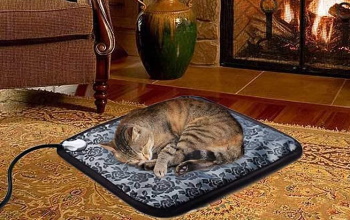 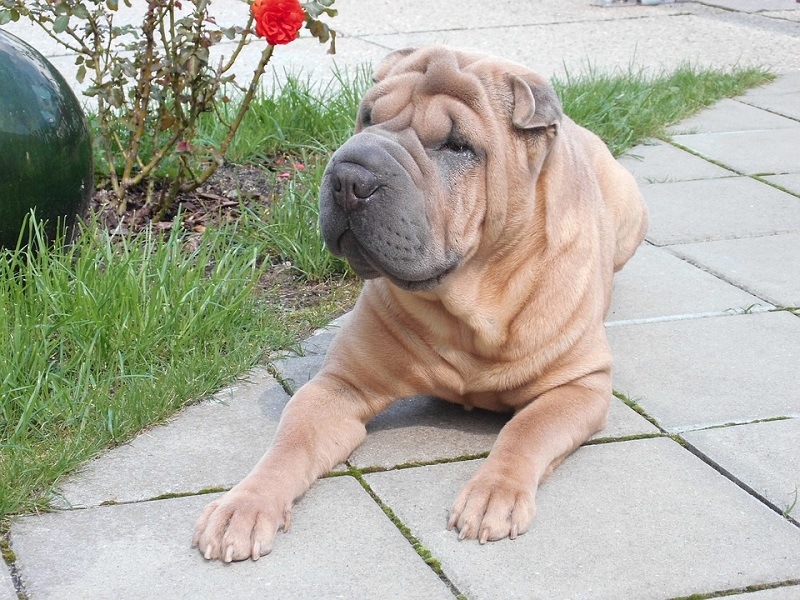 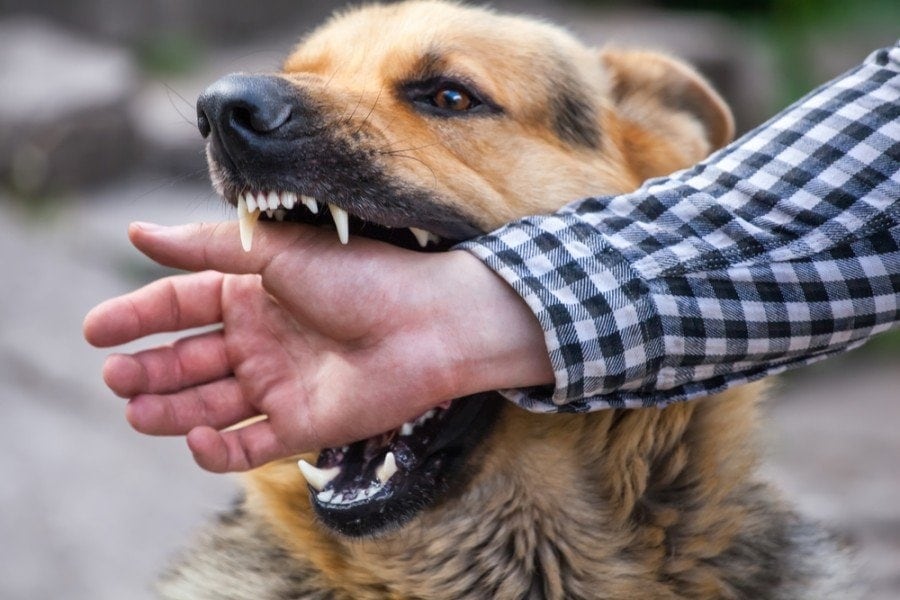 10+ Shocking Dog Bite Statistics (How Likely Are You to Get Bit?)