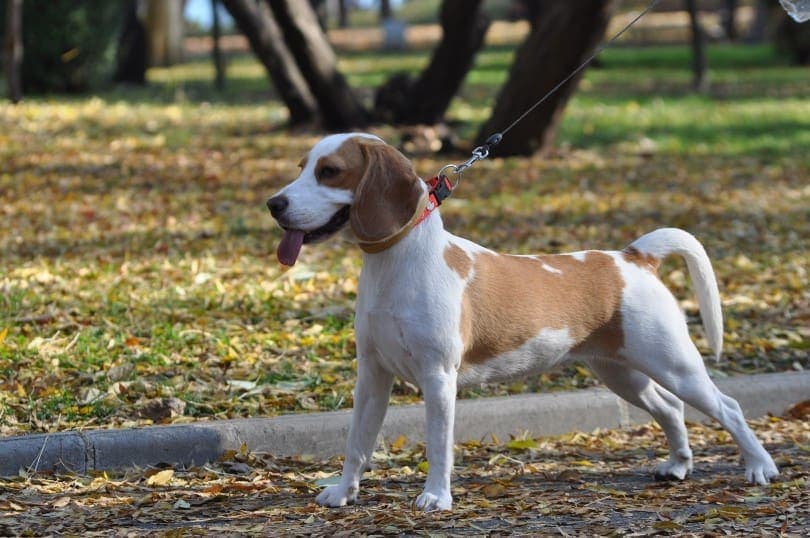 There are few pleasures in life that can rival dog ownership. Dogs are the living embodiment of unconditional love, and they make wonderful, goofy, loyal companions everywhere you go. Unfortunately, at some point, you have to say goodbye.

Letting go of a beloved pooch is the most heartbreaking thing in the world, so why not delay the inevitable as long as possible? Below, we’ve listed the 10 dog breeds that are known for having the longest lifespans, so you can be sure your next pet lives as long as possible.

The Top 10 Longest-Living Dog Breeds in the World

These spirited little pups have an average lifespan of about 15 years, although many live to 20 and beyond. They’re very boisterous, strong-willed dogs, and they’re unafraid to share their opinion on a wide range of subjects.

Despite their longevity, they’re still prone to a few health problems, with the biggest killer being cardiovascular disease. That’s why it’s important to give your Chihuahua regular exercise and feed him a healthy diet, even if he spends most of his time peeking out of your purse.

Most poodles enjoy long lives, but the toy variety has the longest lifespan of all, averaging about 14 or 15 years. They’re some of the smartest dogs around, so maybe it shouldn’t be surprising that they’ve figured out a fountain of youth on their own.

They’re generally healthy dogs, although they are prone to issues like skin tumors, Addison’s Disease, and hypoglycemia. They also require regular and extensive grooming, which makes you wonder how they ever managed to live for very long out in the wild.

Like the toy poodle, the Maltese has something of a reputation for prissiness. It gets the last laugh, however, as it tends to live longer than more rough-and-tumble dogs, with a lifespan ranging from 12-15 years.

However, that lack of a go-get-’em spirit can work against these dogs, as they have a tendency to suffer from obesity. Maltese owners should be careful not to spoil their dogs (ok, not spoil them too much), and focus on a healthy, balanced diet over continuous helpings of treats and scraps.

Beagles are proof that the secret to a long life is energy conservation, as these relaxed dogs regularly live up to 15 years and longer. They can be quite inquisitive and playful when they want to be, though, so don’t write them off as couch potatoes just yet.

Beagles aren’t prone to very many health problems, but they can be susceptible to eye disease, so make sure your pup makes regular visits to the vet to check his peepers.

These little pups originated in Tibetan monasteries, so perhaps it shouldn’t come as a surprise that they seem to understand some ancient secret about living a long, happy life. They live for about 14 years on average, although the oldest Lhasa Apso on record survived for a whopping 29 years.

They do tend to suffer from a few major health issues, like patellar luxation, pyloric stenosis, and Legg-Calve-Perthes Disease. Planning ahead and taking good care of your pooch, however, can avoid many of those problems.

It’s incredible to think that an animal that is so reminiscent of a hot dog could live so long, but Dachshunds manage to do just that, living for 12-14 years on average.

Be careful you don’t feed yours too much, though, or else he might just burst like an overcooked weenie. Actually, that’s not too likely, but you do have to be concerned about diabetes, gastric torsion, and back problems, so don’t let your dog get too plump.

Yorkies can easily live up to 16 years — which is also about how long it takes to comb out their long hair. If you can keep up with the grooming requirements, though, Yorkshire Terriers are playful, loving companions.

These pooches are prone to dental disease, so it’s important that you take good care of their teeth and get them acclimated to brushing at an early age. You can’t rely on your vet to do it, as these small pups usually don’t respond well to anesthesia.

The biggest dogs on this list, Aussie Shepherds enjoy lifespans somewhere between 13 and 15 years on average. They likely live that long because they’re incredibly active, so don’t bring one home if you don’t think you can keep up.

You mainly need to worry about hip dysplasia, cataracts, and certain forms of cancer, but overall they’re incredibly healthy dogs. Then again, the biggest threat to their lives might just come from you, after you they’ve refused to let you sleep in for the fifth Saturday in a row.

These little balls of fluff live anywhere from 12 to 16 years on average, even though they’re known for trying to pick fights with dogs many times their size.

You must keep a watchful eye on your Pomeranian, as trauma is one of the leading causes of death for this breed. That can come from being attacked by another animal or simply from being dropped by a careless owner, so be sure you keep yours on a short leash (literally).

Think this is an interesting read? Try: 20 Dog Breeds With Shortest Lifespan (Based on Studies)

Surprisingly, these dogs live so long (13-16 years), given that they have a penchant for destructiveness when they get bored. We guess it’s a good thing they’re so cute, as that’s likely the one thing that allows them to escape death for so long.

These dogs need lots of exercise and stimulation, but be careful, as they can be vulnerable to dislocated knee caps and hip problems. Oh, and getting sprayed by a skunk can actually kill them (whereas you will only wish you were dead).

The top 10 longest-living dog breeds in the world noted above are fun, loyal companions capable of providing you with over a decade’s worth of friendship. While their long lifespans are certainly a selling point, dogs have plenty more to offer than just durability.

Oh, and you may have noticed that most of the dogs on this list are on the smaller side. It’s an unfortunate fact that the larger the breed, the shorter their lifespan, so keep that in mind before coming home with a Great Dane. However, we feel the giant breeds pack enough love in their short times on this planet to fill multiple lifespans.

Still, we’ll forgive you for bypassing them in favor of one of the longer-lasting breeds shown here. After all, the only thing better than spending years with your dog is spending decades with your dog.