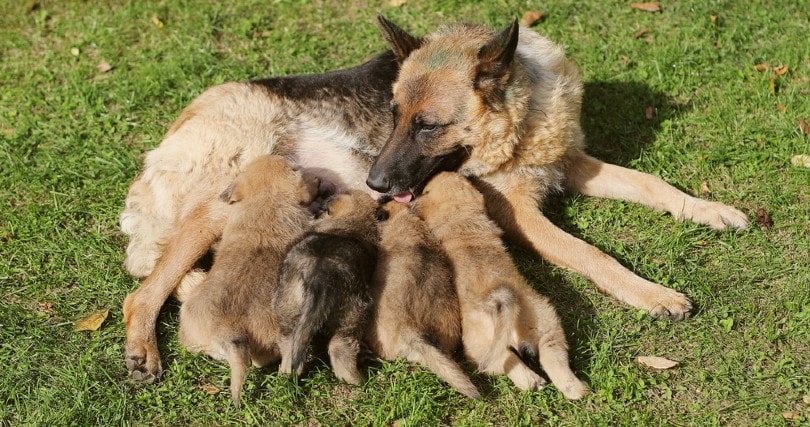 German Shepherds tend to have between five and nine puppies in a litter. Eight is the average. However, larger litters commonly occur and aren’t that all unusual.

It isn’t odd for a German Shepherd dog to have as many as 15 puppies. According to the AKC, the largest litter registered was 17 puppies.

This litter size is significantly larger than some other breeds. Litter size is affected by many things, but the dog’s size is one of the more significant factors. German Shepherds are larger dogs, so they are going to have more puppies than smaller breeds.

For instance, Dachshunds only have one to six puppies on average. The largest litter ever came from a Neapolitan Mastiff, a breed that can reach 150 pounds.

When it comes to litter sizes, size does matter.

While the breed’s size significantly affects litter size, there are other factors at play too. It is impossible to tell how many puppies that a particular dog might have until she gets further into her pregnancy.

These factors may help you make a good guess, however.

Large dogs have large litters. This is most obvious when comparing different dog breeds. In turn, small breeds have small litters.

If your dog is larger, she may end up having a larger litter, or she might not. While size is an accurate way to determine a dog’s potential litter size, other factors are also at play.

Unhealthy dogs often won’t be able to grow as many healthy puppies. Many puppies may stop growing early on and be miscarried or reabsorbed by the mother’s body. This will reduce the overall size of the litter.

The mother doesn’t necessarily have to be blatantly unhealthy either. Even if you feed her excellent food and take care of her, underlying health problems can cause puppies to perish before they are fully developed.

Diabetes is an excellent example of this. This condition tends to go unnoticed when it isn’t severe. The dog likely won’t show any symptoms.

However, improperly fluctuating blood sugar can have a massive impact on growing puppies. Without the proper blood sugar levels, many puppies will not develop properly.

Short-term conditions can also cause some puppies to develop improperly and be reabsorbed. For instance, infections can cause one or more puppies to stop developing altogether.

Most miscarriages go unnoticed without any clinical signs, especially if only a few puppies are lost. Only late-term miscarriages usually get noticed.

Certain genetic conditions in the puppies may cause them to grow improperly and never make it to birth. Usually, this phenomenon is referred to as “lethal chromosome death.”

For one reason or another, the genes that a puppy inherited don’t allow them to develop, and they die in the womb.

This seems to happen most commonly in purebred dogs, according to the vets at High Street Steeping Vet Clinic. Purebred dogs may have more genetic abnormalities than mixed breed dogs because they inherit traits from a smaller genetic pool.

The odds of them inheriting something harmful is higher, simply because there are fewer genes for them to inherit.

Many purebred dogs are also inbred, including the German Shepherd. This fact often doesn’t help matters when it comes to neonatal mortality.

The female’s age has a significant impact on their litter size. Middle-aged German Shepherds tend to have larger litters than younger and older dogs. Your dog’s first litter will usually be smaller, as they are younger.

German Shepherds typically have the largest litters around age 5. After that, they may decline in size.

However, this decline is more rapid and apparent in some dogs than others. The dog’s overall health has a significant impact. Many older dogs have health problems, which likely affects their litter size too.

Some of these health impacts may go unnoticed and therefore, be wrongly attributed to age.

There is evidence that the season that the dog gives birth affects the litter size. However, other studies found no correlation between when the litter was born and the overall litter size.

There may be a regional component to this, though. In areas with more significant seasonal changes, the season may make more of a difference. In the tropics, it may not.

However, more studies are needed to determine this possibility.

This contributing factor isn’t huge, though. If there is another factor at play, it will likely take precedent. A sick dog isn’t likely to have a large litter, even if their mother did.

Plus, much of this heritability may be linked to the size of the dog. Many dogs are going to be a similar size as their parents. Therefore, they will probably have similar litter sizes, even if there isn’t any direct heritability of litter size.

There are a few nutritional components that can affect litter size and the overall health of the mother and her puppies. The AAFCO has particular nutritional guidelines for pregnant mothers for this reason. When a mother dog becomes pregnant, her nutritional needs change.

Protein is essential for pregnant dogs. The AAFCO guidelines state that a pregnant dog’s diet should include somewhere between 29% and 32% of protein. This is similar to what puppies need, so many pregnant dogs are often fed puppy-intended dog food.

Fatty acids may also play a role. Dogs with lower levels of serum glucose in their amniotic fluid tend to have smaller litter sizes. Therefore, feeding them a diet higher in omega fatty acids may be helpful.

Can You Increase Your Dog’s Litter Size?

Theoretically, you can increase your dog’s litter size by controlling a few of the variants that affect litter size. Feeding your canine a better diet may result in a bigger litter, for instance. If your dog is sick, it is paramount that you treat them before attempting to create a litter.

However, these factors have to be adjusted before the dog gets pregnant. Once the dog has conceived, it is impossible to increase their litter size, though you can prevent losses.

There are also many factors out of your control. You can’t change a dog’s size or genetics. Increasing their weight to the point of obesity is likely to negatively affect the litter’s size, though the dog will technically be “bigger.”

Infections and parasites can lead to stillborn puppies and pregnancy loss. While there are a few things that you can do to reduce the risk of these issues, you can never prevent them entirely. Even if your dog lives in a clean environment and is healthy, infections can still occur.

Choosing which dogs to breed also impacts litter size and can be controlled to a certain extent. However, some dogs may have small litter sizes but may otherwise be great breeding candidates.

In general, to increase your dog's litter size, we recommend doing the following:

On average, German Shepherds have about eight puppies. However, there are many factors that can go into this. For instance, infections and other health conditions can severely affect a dog’s reproductive chances.

Keeping your dog healthy is essential to maximizing litter sizes. But many factors are outside of your control. Genetics seem to play a role, especially in each puppy’s genetics. If a puppy inherits specific genes, they are less likely to develop correctly and make it to birth, lowering the overall litter size. 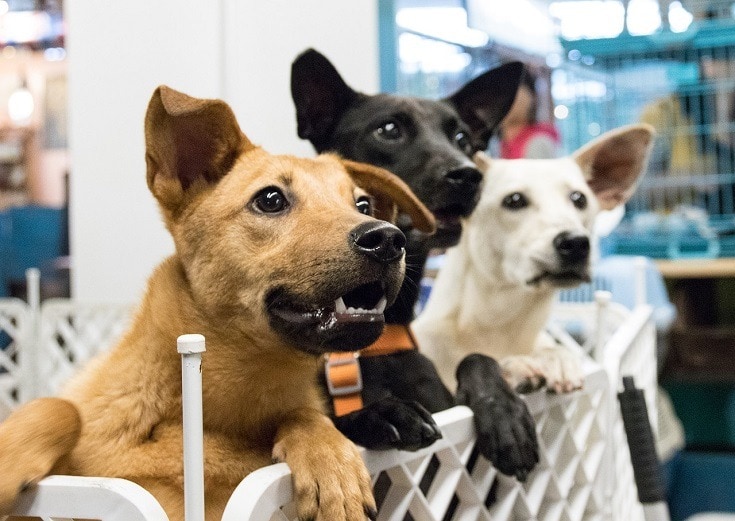 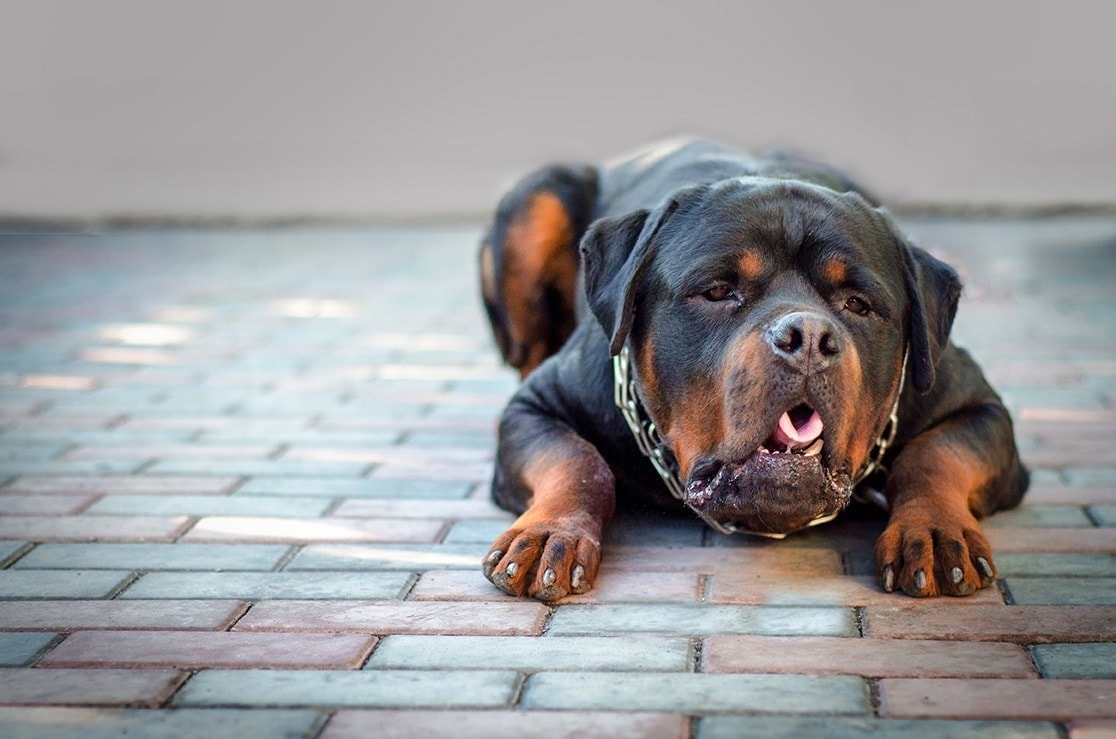 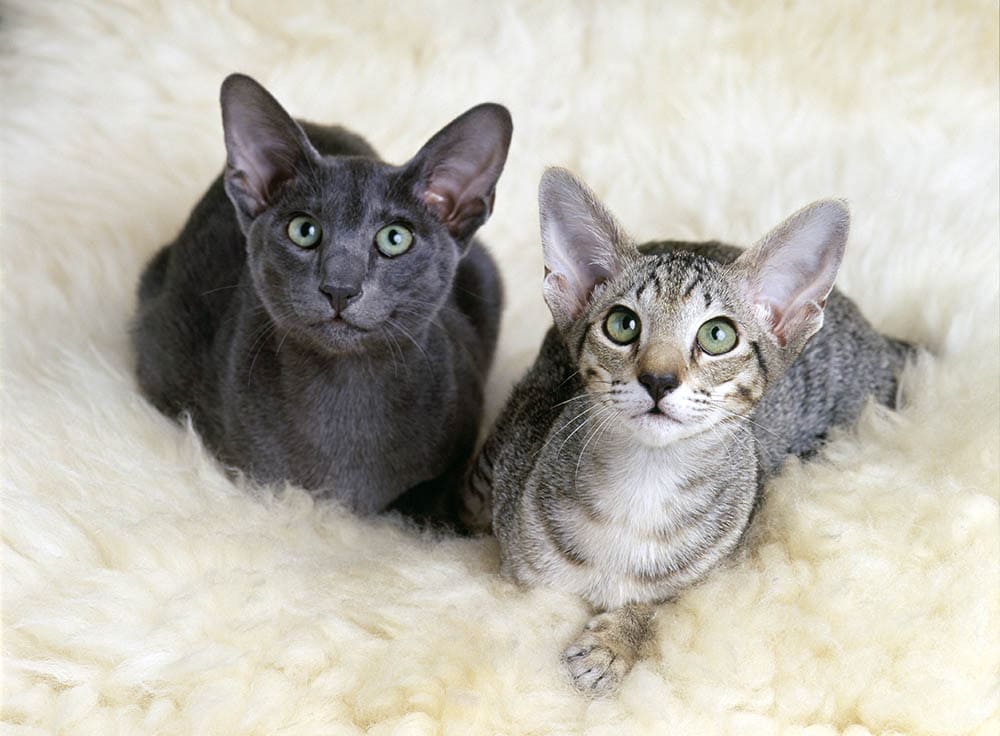 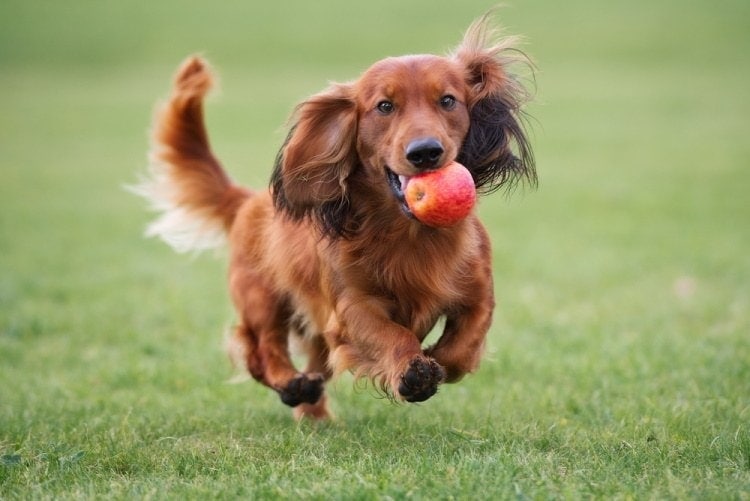