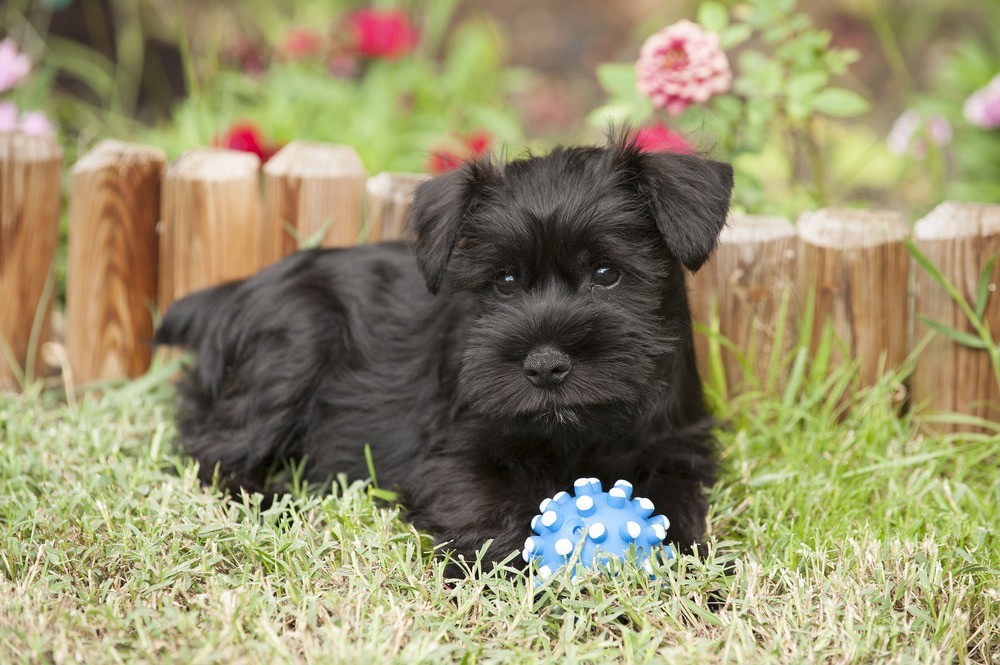 The Schnug is a mix between a Miniature Schnauzer and a Pug. They are small dogs full of vim, vigor, and happiness. The Schnug has a higher than average hunting instinct and may need training so that they don’t chase smaller animals in the home.

Schnug puppies have a great deal of energy and personality for a small dog. They are feisty animals and have a lively, smart temperament. They can be quite vocal at times, animatedly trying to alert of something new and exciting or anything they perceive to be dangerous. Schnugs like attention and need to be around people as much as possible.

Schnug Puppies — Before You Welcome One Into Your Family…

A post shared by The Hallmark Schnug Dog Fam (@hallmark_schnugs)

3 Little-Known Facts About the Schnug

1.  Pugs have been the saviors of nobility and kingdoms.

Pugs have a long and engaging history that most agree starts in China over a thousand years ago. They were brought to Europe by the Dutch East India Company, where they became popular among the nobles, particularly those in the House of Orange, an old royal line of the Netherlands.

Pugs became especially beloved and held in high esteem when the dog saved the life of William, who was the Prince of Orange. They were then made the official dog of the House of Orange in 1572. The Pug is also credited with giving a prompt warning that alerted the nobility of the invading Spanish army.

The Pug was a favorite dog of the Empress of France, Josephine, wife of Napoleon. She ended up training the dog to take notes to her husband when she was trapped in Les Carmes.

Schnug puppies, due to the genetic tendency inherited from their Pug parents, can have problems with being housebroken. The training should start as soon as they arrive in the home and can take weeks of consistent work to become accustomed to the habit.

3.  The Schnauzer breed almost didn’t survive through the World Wars.

Miniature Schnauzers are a German-bred dog, developed out of the need for a small but a speedy dog to control rat problems in homes and stables. This hunting and chasing tendency is what makes them an instinctual hunter, something you need to look out for behaviorally with other small animals in a home.

During World War I and II, the dogs were almost lost to the known world. However, afterward, they still had a distinct pet owner following, and the breed was revived. Since then, they have become a popular companion dog and have spread to many parts of the globe.

Temperament & Intelligence of the Schnug🧠

The Schnug is not the most visually-pleasing dog in terms of appearance. However, for many people, their temperament and overall personality win over everything else. They are mischievous and curious, always wanting to be in the middle of things and know what is going on.

They are a happy dog, enjoying it the most when they can play around with their owners. This pup should be left at home all day. Doing that can harm their emotions since they are so social.

The Schnug is outgoing and can be quite vocal. They can be possessive dogs and should be socialized early on to get used to having to “share” their people with other animals and even other humans. They might take a while to warm up to newcomers, but with the right training, this shouldn’t be a problem.

Schnug pups are a good fit for families, especially those with slightly older children. They are rarely aggressive but sometimes exhibit a short temper when it comes to poking and otherwise irritating behavior. They love to play for long periods and are happy to keep children company all day long.

These dogs do well with other dogs and most of the time, cats, if they are socialized well. They are such social creatures that it is recommended to have another dog around, especially if people are out of the house for most of the day.

Due to their breeding, they have a high prey drive. This characteristic can make Schnugs a dangerous dog to have around smaller mammals like rabbits or hamsters. Take great care when owning these animals simultaneously, especially if the dog wasn’t socialized early.

Things to Know When Owning a Schnug

Schnugs are rather small dogs. Pair that with their only average amount of daily activity, and they typically do not need much food. They eat around 1-2 cups of food a day.

Find a dog food that matches the size and age of your Schnug, keeping in mind dietary support for any potential health problems.

When feeding your pup, be mindful not to overfeed them. Schnugs should not hold extra weight on their small frames, and it can quickly lead to adverse health issues. Put them on a daily feeding schedule so you can moderate them watchfully.

Schnugs only require a moderate amount of exercise each day. They should receive anywhere from 30 to 45 minutes of consistent activity during the day. Functional exercises include activities like walks, short runs, hikes, or visits to the dog park.

Since these are curious dogs, they enjoy being mentally stimulated and exploring new sights and smells. Going on walks helps keep them healthy and maintain the right weight.

Schnugs are an unusual dog when it comes to training. They are a mix of an obedient pup with a good bit of stubbornness.

The most important thing during training — and all other times of the day — is to establish yourself as a master. They need to firmly know and respect this before you get anywhere in training.

Schnugs tend to be dogs for experienced trainers or those who are willing to put them into professional classes.

They need a great deal of positive reinforcement because they are such a fun-loving dog. They shouldn’t be punished or scolded, as this causes them to either completely lose interest in something that isn’t fun anymore or become worried and confused.

Schnugs inherit a generally shorter, wiry coat of hair from their parents. This type of fur makes them easy to maintain, though. Brush them a couple of times a week to keep their coat healthy and prevent tangles.

Use brushes such as a pin brush, a de-matter, and a comb to get the desired results. Brushing with moderate frequency also aids in reducing the amount of shedding.

These pups also need special dental attention. Their teeth should be brushed multiple times a week to prevent dental diseases common in Pugs.

Trim their nails whenever they begin to grow out too long, and clean out the inside of their ears with a damp cloth to prevent infections.

As a crossbreed of pedigree pups, The Schnug is normally a healthier dog than their parents. However, this doesn’t mean that they don’t suffer from any health problems, as they are susceptible to common diseases from both sides of the family.

Whenever you buy a dog from a breeder, make sure to ask them for a look at the parent’s health certificates. This way, you can know if they have suffered from anything severe and be watchful on the health status of your pup, or you can find a different breeder with healthier animals.

Female Schnugs are often noticeably smaller than males both in height and weight. Otherwise, there are not many marked differences between males and females in the breed.

Although Schnugs are not the loveliest dog to behold, they make up for it with their spunky and fun-loving personality. They make a wonderful companion for children and are often beloved family pets.

Since these pups only have a moderate amount of energy, they are also a good choice for seniors.

They do need someone who can manage them well, and they aren’t recommended for first-time dog owners. Always alert for anything new and exciting, these little dogs can be a barrel of laughs for anyone especially fond of Pugs or Schnauzers.