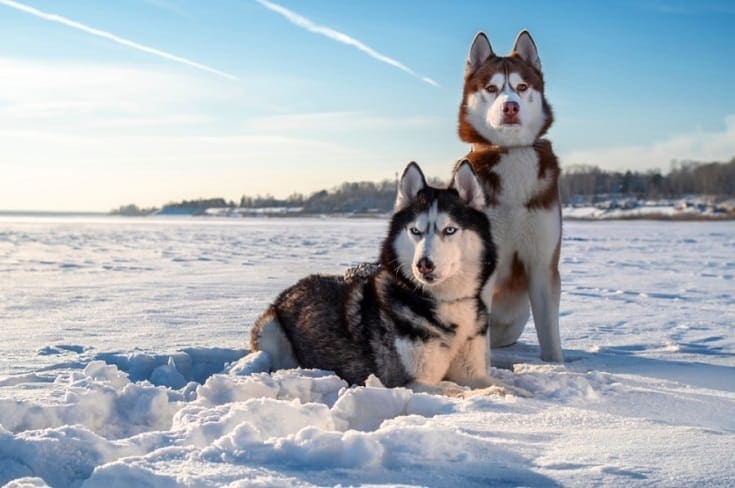 Huskies are medium-sized dogs that tend to grow pretty quickly, reaching full height and weight at about 1.5 years old. It’s easy to worry during that time that your Husky isn’t the size it should be. After all, your dog’s growth can be an indication of many things, including their overall health.

Luckily, you can stop worrying now and get the facts. We’ve compiled all the information you need to determine if your dog is the right weight and height for its age, including a husky growth chart. You’ll be able to pinpoint the precise range where a healthy Husky should fall for each important milestone of their first year, starting at just eight weeks.

Facts About The Siberian Husky

Siberian Huskies have a wolf-like appearance, though wolves are long gone from their bloodlines. They were originally bred as sled dogs, with incredible endurance and outstanding tolerance to cold buttressed by a work ethic that few canines can compete with. When they first debuted at the second All-Alaska Sweepstakes Race in 1909, they proved their superiority, dominating the scene for the next decade.

Fully grown, male Siberian Huskies stand 22-24 inches tall, while females are a bit smaller at 20-22 inches tall. The average weight of a husky (male) is 45-60 pounds, while the average weight of a husky (female) is 35-50 pounds as adults. They have thick double coats that keep them warm in any temperature, though it can also contribute to overheating in warm climates.

If you’re wondering how big do huskies get, the Husky growth charts below will show you what you should expect month by month. For convenience and accuracy, we’ve separated the charts into males and females. Find your dog’s age on the chart and you’ll be able to tell how tall and heavy they should be.

In this section, we’re going to break down the growth of a Siberian Husky puppy in smaller chunks so you know exactly what to expect. We will discuss their size, weight, and habits at each age. We’ll even try to cover things like vaccinations and food intake at different points in your dog’s life.

At two months of age, a Siberian Husky can be safely taken from its mother and added to your family. You’ll also want to make sure you provide their first vaccinations at this age, which are distemper and parvovirus.

Females at this age will likely weigh 8-12 pounds at a height of 10-12 inches. Males will be heavier, weighing 10-15 pounds, though they’re still the same height at this point.

You’ll need to provide your Husky with food three times each day. If they don’t eat it all, that’s ok. Huskies aren’t prone to overeating as much as other breeds.

Now that your Husky is 3 months old, it should start being extremely active and showing some signs of its future personality. Because they’re so active, you can expect these Huskies to eat a substantial amount. That said, don’t be alarmed if they go through a short phase where they eat considerably less. This is a common occurrence when a Husky is teething.

At this point, you should still be feeding your Husky three meals a day. The average weight of a Husky female will be typically 13-20 pounds now, though they’re still about 10-12 inches tall. Likewise, males haven’t made much upward growth, still standing 10-12 inches tall as well, though they now weigh much more at 18-23 pounds.

At this age, you’ll need to administer DHPP vaccinations as well as parainfluenza.

By now, your Husky is starting to show some real signs of growth. Females have sprouted a bit, so they’re now 12-14 inches tall and males can be even taller at 12-15 inches. Females now weigh 18-25 pounds while males are starting to get a bit husky at 22-30 pounds.

At this age, Huskies should start to have a pretty serious appetite and will generally eat anything you offer up. If your Husky isn’t gaining weight, this is the time you’ll really start to notice it and need to pay attention.

Your Husky will now need DHPP vaccinations if they haven’t been administered already. It’s also time for the rabies vaccine.

Once your Husky is 6 months old, you should be able to tell if they’re going to be on the smaller side or larger side of the spectrum. If your dog has been on the lower end of the weight and height charts up to this point, expect them to stay there. You don’t want to see any major spikes or drops in weight at this point.

Males are now noticeably taller and heavier than females, at 19-22 inches in height and weighing at 39-52 pounds. Females are only 16-18 inches tall at this point, with weights ranging from 31-46 pounds.

Males should be eating 2.5-4 cups of puppy food each day, depending on height, with females eating a little less at 2-3 cups. You’ll still want to offer the meals in three separate feedings spread throughout the day.

Your dog should have most of their necessary vaccinations at this point. You can add some extras for Lyme disease, Coronavirus, Leptospirosis, and Bordetella if you want some added protection.

At one year of age, your husky is getting close to their full height and weight. The average weight of a Husky male is now 43-57 pounds while being 22-24 inches tall. Females can weigh anywhere from 34-49 pounds at a height of 20-22 inches.

Feeding should now change, dropping from three daily meals to just two. However, you’re going to increase the total amount of food you’re providing. Females will need 2-4 cups and males will need anywhere from 2.5-6 cups of food, depending on activity levels and size. You’ll continue with two meals per day for the remainder of your Husky’s life. However, they’re still on puppy food at this point and should be until they stop growing, which will take approximately six more months.

When Do Siberian Huskies Stop Growing?

For male Huskies, adulthood begins at about 18 months of age. At this point, your dog has likely reached its full height and weight, though it is possible for them to still experience a small bit of growth after this point. Females generally stop growing at about 15 months.

Temperamentally, your dog is mostly mature, though they’re still going to be growing mentally until about three years of age. That said, the bulk of the work is done, so the dog you have now is basically the dog you’ll have the rest of its life. You shouldn’t expect any massive changes in size, weight, or temperament after this age.

How Does Neutering/Spaying Affect My Dog’s Growth?

Dogs should generally not be neutered or spayed until they’ve reached adulthood. For Huskies, this means about 18 months of age. If you spay or neuter them early, you can create some issues in your dog’s growth.

Performing these procedures too early in a dog’s life will cause them to be taller than they otherwise would. This is because spaying and neutering early increases the total length of time that bones grow for. While this may sound like an easy way to get a bigger dog, it’s not in your dog’s best interest.

The problem is, increased growth may create issues with the way your dog’s joints align.

Dangers of Growing Too Quickly or Stunted Growth

Your dog might be undersized due to their food. Huskies are notoriously picky eaters because of their sensitive stomachs. If your Husky isn’t eating enough, you might need to change up their diet.

Another common reason for Huskies to be smaller than they should be is too much exercise. Some exercise is essential for your Husky’s health, but if they overdo it, their muscles, bones, joints, and ligaments won’t have time to heal.

Health issues can also be a prime candidate for causing improper growth. These are often accompanied by other signs like lethargy, depression, or pain. You’ll need to see a vet for help with a diagnosis.

If your Husky seems larger than it should be, it might be due to early neutering or spaying. Another possibility is that there are genes from other breeds in your dog’s bloodline affecting their size.

What If My Siberian Husky is Not the Right Weight?

If your Siberian Husky weight isn’t quite right, there are several actions you can take.

The first step would be to closely monitor your dog’s food intake. If they’re not gaining weight, you’ll need to see if they’re eating or not. It’s likely that your Husky has a problem with their food since they’re known for having very sensitive stomachs.

Also, pay attention to how much exercise your Husky is getting. If it’s too much, that could be causing their lack of growth.

If you’ve taken these steps and still have no answers, then it’s probably time to consult your vet.

There’s going to be a lot of difference between Husky puppies regarding their weight and height. Even puppies from the same litter can turn out to be different sizes in adulthood. If your dog has been on the small side since they were young, then you can expect them to remain on the smaller side for their life. Likewise, pups on the larger end of the spectrum should remain on the larger end.

What you really want to see is steady growth without any spikes or drops in weight, as shown in our Husky growth chart. If your dog suddenly jumps from the low end of the size spectrum to the high end or vice versa, then it could be an indication of an issue. 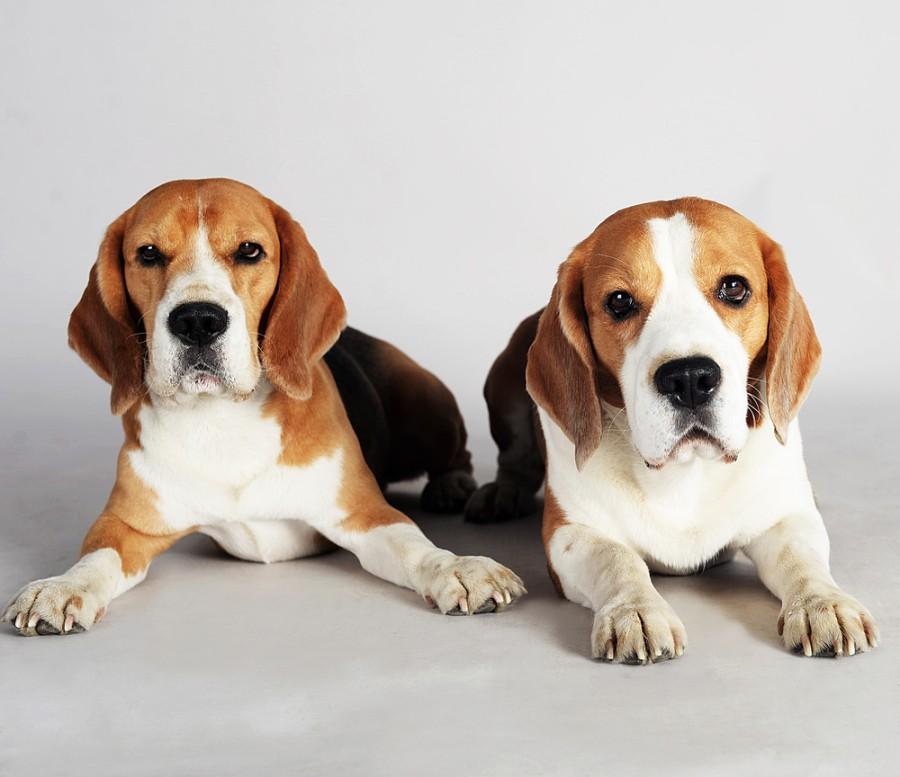 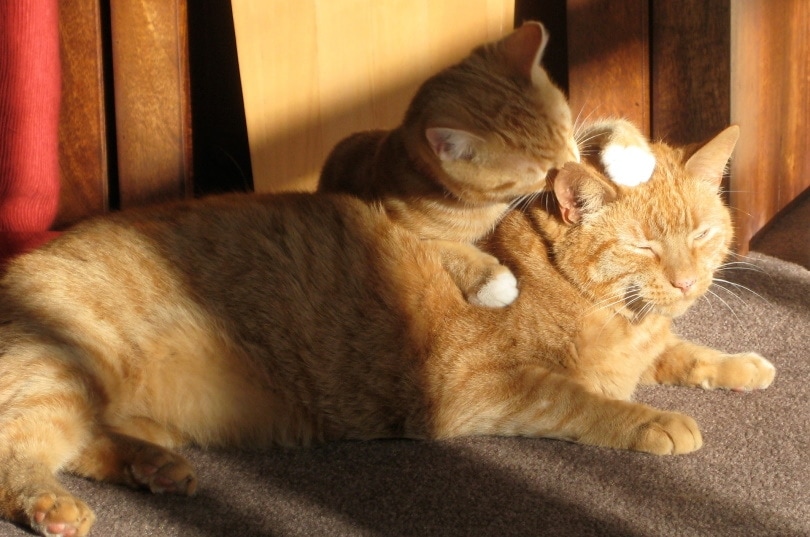 Why Do Cats Move Their Kittens? 5 Reasons for This Behavior 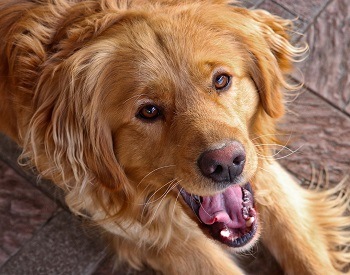 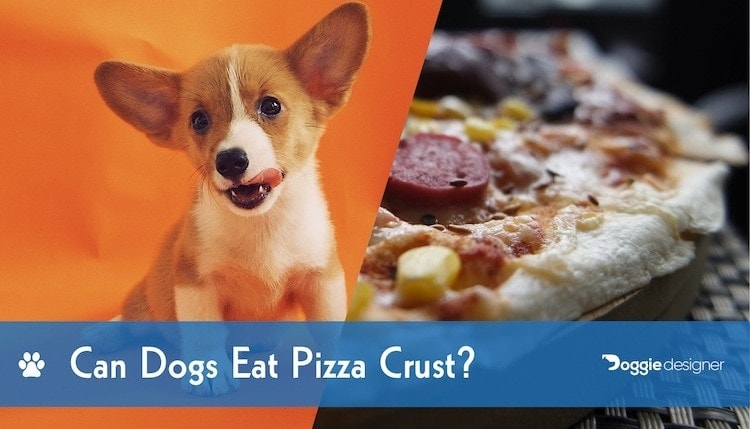 Can Dogs Eat Pizza Crust? Is It Safe For Dogs?