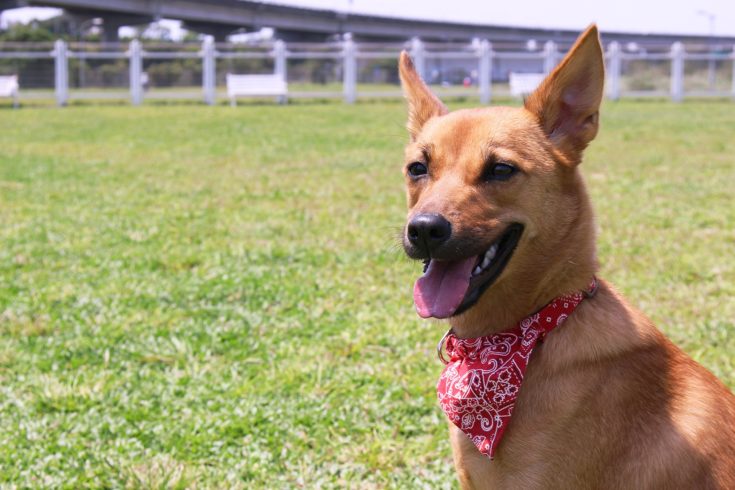 These dogs are put to good use in their native regions. They have become quite versatile in their jobs, adapting quickly to whatever their people need them to do. It is this adaptability and willingness to learn that makes them easy to train overall.

Taiwan Dog Puppies — Before You Get One…

3 Little-Known Facts About the Taiwan Dog

1. The Taiwan Dog is still a semi-wild race.

There is no taking all the wild out of these dogs. Unlike many of their other canine relatives, the Taiwan Dog has never been fully domesticated. Instead, they have worked in tandem with the indigenous tribes that live in Taiwan.

The dogs have always behaved with friendliness toward humans. It made it easy to work with them even if they weren’t always kept as pets. Some of them were adopted into families, but most of the time, they were trained. Sometimes they are put to work as hunting dogs and sometimes on the farm, among other things.

There have been studies done by researchers at prominent universities, including the National Taiwan University and Nagoya University, that have confirmed that the present-day Taiwan Dog descends from the ancient lines of South Asian hunting dogs.

2. The Taiwan Dog is one of the oldest primitive dog breeds on the globe.

The Taiwan Dog has been traced back to somewhere between 10,000 and 20,000 years ago, when many timelines start to become fuzzy. This legacy and their lack of designated breeding make them one of the most primitive dogs on the planet.

They have always been a native of the central regions of Taiwan, where the mountains tower and indigenous tribes have thrived for hundreds of centuries. These dogs, although not owned by the tribespeople, have long been their faithful companions.

Taiwan Dogs are built well for their native forest environment and have boundless energy in the high altitude and sheer mountain faces. The breed is one of the integral pieces of Taiwan’s ancient history and cultural landscape.

They have not gained much of a following outside of Taiwan, where they are ever popular as a watchdog and a companion.

3. Some of these dogs have been imported to America as a rescue effort.

An essential piece of a nation’s history should be protected. Rescue efforts have been made by several organizations to revive the purebred lines of the Taiwan Dogs.

It is for this reason that some abandoned dogs were imported to America. However, they only slowly gained popularity. Even in Taiwan, the purebred pups in this breed are quite rare. These are typically kept within Taiwan to aid their conservation efforts.

Temperament & Intelligence of the Taiwan Dog🧠

Taiwan Dogs have never been coddled or raised inside of a cozy home setting. They are somewhat wild. It is this primitiveness that keeps them so alert and aware, as well as fearless and aloof.

These are true companions, instead of sitting in as someone’s pet. They love the humans whom they consider their family and often go well out of their way to protect them. They are not fond of strangers and can often be seen sitting back and simply watching them.

The Taiwan Dog is still playful, even with a somber outlook on any new or unrecognizable creature. They are well-adapted to nature and need to be kept out in it as much as possible. The exception to this will be if they find themselves in cold weather for some reason. Thousands of years of genetic development never prepared them for any cold temperature, and they don’t handle it well.

Taiwan Dogs love children. It is as if they feel a kinship with them and love to spend hours playing with them. They are not aggressive animals and often intrinsically know how to play appropriately to keep them safe. If they aren’t playing with them, they observe them, content to watch the fun at times.

This breed does best in a single dog household. They still have pack-like tendencies, though, so if they are acquainted with the dogs, they work with them. Having them around other smaller animals, even cats, is often not a safe idea.

Their prey drive is too high and primitive instincts so ingrained that it will be challenging for them to understand how to treat these animals in a way that you approve.

Things to Know When Owning a Taiwan Dog

Even though the Taiwan Dog likes to move around, they are only a medium-sized dog. They put their food to good use, and their bodies are efficient. Feed them between 1 and 2 cups of food, depending on each pup’s size and how much activity they get.

These dogs make fantastic hiking buddies, hunting companions, or anything else that keeps them on their feet. Although their bodies are made for endurance activities, they also know how to sit still and observe for long periods.

If you like to take your pup out for walks during the days, aim to reach at least 7 miles each week. Taiwan Dogs should get a minimum of 30 minutes of consistent activity every day.

A post shared by Brandy with Pinot Noir (@brandywithpinot)

Training is not typically a problem with these dogs. Although they prefer to work as companions with humans, they do have their own will and personality. These can come together to manifest stubbornness.

However, they want to know that they are helpful and getting something out of their help. Set up a reward system and never treat them with any negativity. They do not respond well to this at all and will immediately disengage from the situation.

The grooming needs of this breed are minimal. They have a short coat because they are native to a hot and humid region of the world. Their coats do not shed much, so it shouldn’t ever be an overwhelming amount of hair loss. Although they are not hypoallergenic, their low shedding means that people who struggle with allergies might not notice them as much around these dogs.

Brushing them once a week with a slicker brush doesn’t control shedding as much as it helps spread the natural skin oils. It keeps the coat healthier and sleeker than it would be otherwise. They should not be frequently bathed so they don’t dry out their skin and nails.

They don’t often like to have their nails trimmed, but it still must be done if they don’t get enough exercise on harder surfaces. Clean their ears once a week to make sure no infections happen.

These dogs suffer from no specific health problems other than those associated with old age. Take them to the vet consistently, but more so as they grow older.

There are no distinguishable differences between males and females in this breed.

Final Thoughts on the Taiwan Dog

The Taiwan Dog is an incredible dog with which to become acquainted. When you look into their eyes, it is like looking into thousands of years of history and culture. They seem to have wisdom beyond the typical canine animal.

Taiwan Dogs are difficult to find in the States. If you are lucky enough to help with their rescue effort, treasure the time you get with such an animal. Keep in mind that they are not just another dog but are intrinsically accustomed to being a companion of both humans and the wilderness. Do not try to confine them too much to the typical expectations of a pet.